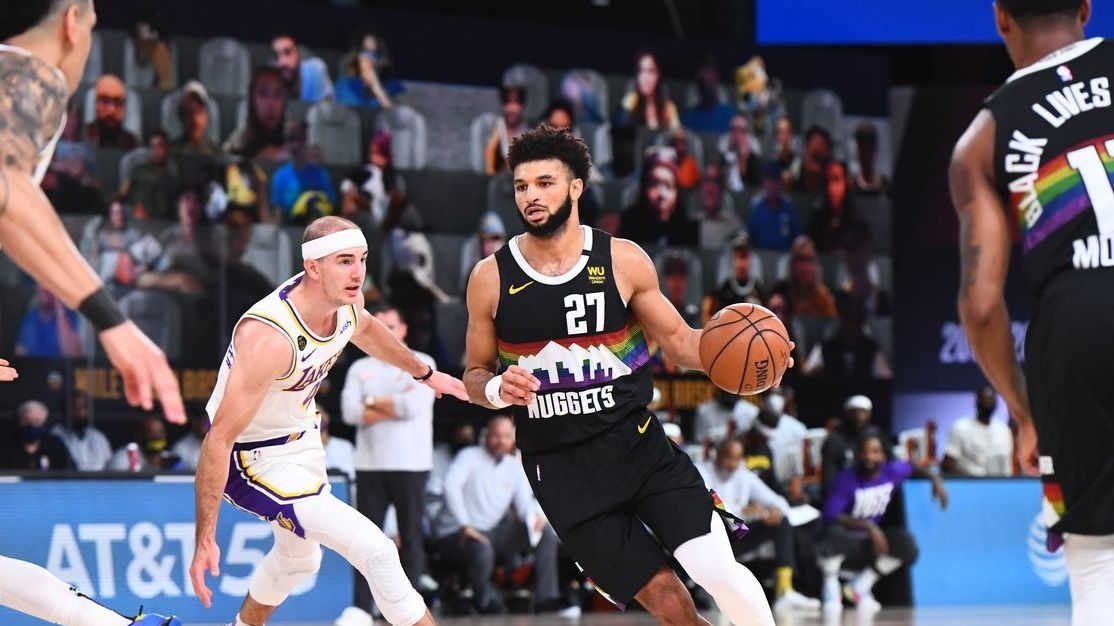 Nikola Jokic was a force to reckon with as usual, tallying a double-double with 22 points and 10 rebounds on top of five assists, a steal, and a block. Monte Morris also provided a huge lift off the bench with 14 points on 5-for-7 shooting, while Michael Porter Jr. also had his share of nine points, six rebounds, two assists, and two steals for the Nuggets, who shot an impressive 54.8 percent from the field.

"We believe," Nuggets head coach Michael Malone said via Los Angeles Times. "They blew us out in Game 1. Game 2 we gave away at the end. We had to right that wrong and try to get a game under our belt, which we did tonight. This gives us that much more confidence going into this series letting them know that we’re here, we’re in this for the long haul. We’re going to continue to fight and do whatever we can."

Denver went toe-to-toe with the Lakers in the opening quarter, which ended with them on top by just two points. They were able to take the momentum in second half to build a 10-point lead at the half, and continued to roll in the third quarter to take an 18-point lead heading into the fourth quarter.

The Nuggets led by as much as 20 points in the fourth quarter after a Murray dunk at the 10:36 mark. Los Angeles had a huge answer after their timeout, though, as they unleashed a huge rally and pulled within three-points, 101-98 with 5:26 left to play in the game.

The Lakers were just down by four points, 103-99, with almost three minutes to play and looked poise to mount a comeback and take a commanding 3-0 lead. However, Murray took over, hitting two big three-pointers to douse cold water to Los Angeles' comeback attempt to avoid falling into a 3-0 hole.

"Now I know every night what I'm getting from Jamal," Malone said of Murray via ESPNafter the Canadian guards spectacular Game 3 performance. "Last year, we knew what we were getting from Nikola, but what kind of game would Jamal have. That's no longer the case. We have two superstars in Nikola and Jamal."

LeBron James led the Lakers, posting a triple-double with 30 points, 11 assists, and 10 rebounds to go along with two steals and two blocks. Anthony Davis had 27 points on 9-for-17 shooting from the field but had just two rebounds, while Kentavious Caldwell-Pope added 12 points. Kyle Kuzma came off the bench to score 11 points for Los Angeles.

"They played better than us, more aggressive than us through three quarters, 36 minutes," James said of their performance. "We had 16 turnovers for 25 points and put them to the line 29 times. It’s not going to be winning ingredients for us if we continue to do that and we knew that, even after Game 2, we talked about that, trying to assure that. Got to be better than that Game 4."

The Lakers shot 51.8 percent from the field but were atrocious from beyond the arc, shooting just 6-for-26 from the three-point region. The Lakers also had just 25 rebounds for the entire game, compared to Denver's 44 boards. Their trio of big men -- Davis, Dwight Howard, and JaVale McGee -- combined for just four rebounds. Veteran point guard Rajon Rondo admitted that they deserved to lose Game 3.

"We had a lot of wide-open shots that we didn’t make tonight," Rondo, who had nine points and eight assists, said after the game. "We didn’t shoot well from the free- throw line and turned the ball over. Those three things, we can’t get a break with wins and losses. Tonight, we took a L and we deserved it."

The Lakers will look to bounce back and take a 3-1 lead when the collide again on Thursday. The Nuggets are no stranger to making a comeback in the series after erasing 3-1 leads in the first two rounds of the playoffs against the Utah Jazz and Los Angeles Clippers, respectively.

Adam Silver Says Next Season Will Like Start in January

NBA fans should cherish the remainder of the 2019-20 NBA season, as the league is unlikely to start in December, which was the original target for next season. NBA commissioner Adam Silver said the league is still unsure of the start date of next season, but he added that his "best guess" is that it will begin in January. Silver also added that their main goal is to have fans inside the arena for a full 82-game season.

"I continue to believe that we’re going to be better off getting into January," Silver said in an interview with CNN. "The goal for us next season is to play a standard season, an 82-game season and playoffs. And further, the goal would be to play games in home arenas in front of fans, but there’s still a lot that we need to learn."

The NBA had to postpone the 2019-20 NBA season due to the spread of coronavirus. There were speculations that the season would be cancelled completely, but the league managed to setup of a bubble in Orlando. The teams played eight seeding games each and standard playoff format but with limited fans in the arena -- mostly family members and team staff, who are undergoing coronavirus testing daily.

If the NBA decides to have a full 82-game season that will start in January, Silver expects that it will affect the Olympic preparation of USA Basketball and other national teams. The 2020 Tokyo Olympics was moved to July 23 due to Covid-19. Silver said that NBA players might not become available to play in the Olympics, but nothing is set in stone yet because they will try to find a solution beneficial to the league and Olympic teams.

"There are a lot of great US players, and we may be up against a scenario where the top 15 NBA players aren’t competing in the Olympics, but other great American players are competing," Silver said. "And, obviously, there are many NBA players who participate in the Olympics for other countries. That’s something we’re going to have to work through. These are highly unique and unusual circumstances."

Aside from American and international players, NBA coaches might also be affected by the delayed start of next season. San Antonio Spurs head coach Gregg Popovich is the coach of USA Basketball with Steve Kerr of Golden State Warriors and Lloyd Pierce of Atlanta Hawks as his assistants. Toronto Raptors coach Nick Nurse and Warriors assistant coach Mike Brown were also named as head coach of Canada and Nigeria, respectively.

Meanwhile, Vanessa Bryant sued the Los Angeles County sheriff for reportedly sharing graphic photos of the crash site where the dead bodies of Lakers legend Kobe Bryant and daughter Gianna were found. Kobe and Gianna died in a horrific helicopter crash in January. Several weeks later, reports came out that officers took a photos of the victims and it was allegedly being shared to other people, prompting Vanessa to file a lawsuit.

"This lawsuit is about accountability and about preventing this disgraceful behavior from happening to other families in the future who have suffered loss," Vanessa's lawyer, Luis Li, said via ESPN. "The department formally refused Mrs. Bryant's requests for information, saying it was 'unable to assist' with any inquiry and had no legal obligation to do so. It's now for a court to tell the department what its obligations are."

"That was my No. 1 priority, was to make sure those photos no longer exist,"  Villanueva said. "We identified the deputies involved. They came to the station on their own and had admitted they had taken them and they had deleted them. And we're content that those involved did that."

Following the incident in February, Villanueva also sponsored legislation that would make unauthorized taking of photos of deceased photos a crime. However, California governor Gavin Newsome has yet to sign the bill.