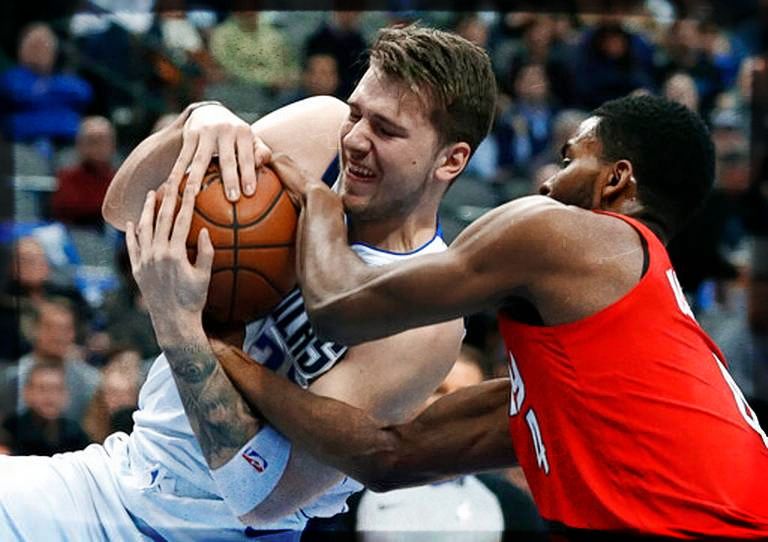 The Dallas Mavericks mounted a successful comeback from a 15-point deficit in the final quarter to hack out a 102-101 victory over Damian Lillard and the Portland Trail Blazers. Prized rookie point guard Luka Doncic led the Mavs with a brilliant showing of 28 points, 9 rebounds and 6 assists, while recently acquired shooting guard Tim Hardaway Jr. tallied 24 points in the win. The Blazers were up by 15 with ten minutes to go in the fourth quarter, when Doncic led a Dallas comeback as he eventually tied the game off an isolation play against Lillard. The Mavs made a defensive stop on the other hand, before Doncic made the most of the opportunity with a tough, lefty and-one lay-up over the outstretched arms of Blazers center Zach Collins. Lillard then missed a chance to win the game on the other end.

Lillard carried the leadership mantle for Portland, finishing with 30 points, 5 assists and 2 steals in the loss. The Blazers were held to just 9 points in the final period, even going without a field goal made in the span of more than ten minutes. Dallas bounced back from a previous blow-out loss at the hands of the Milwaukee Bucks, while Portland fell to a 33-22 record this season.

The Philadelphia 76ers displayed their excellent depth and star-powered talent as they made easy work of LeBron James and the Los Angeles Lakers, 143-120. All-Star center Joel Embiid dominated down low as he finished with a massive double-double of 37 points and 14 rebounds, while Tobias Harris scattered 22 markers, on top of 6 boards and 6 assists. The Lakers actually got off to a good start in the first quarter as sophomore forward Kyle Kuzma waxed hot with 23 points in the opening period. The visiting team led by a precarious one point entering the second quarter, when the Lakers’ offense looked pale again. The Sixers would continue to execute well on offense, as they led by nine points after the first half and never looked back from there. Jimmy Butler and Ben Simmons didn’t have to do much in this win as Philly showed off a brand new roster depth, a weakness that has hounded them in the first half of the season.

Kuzma led the Lakers with a game-high 39 points, while center JaVale McGee impressed with a double-double of 21 points and 13 rebounds in the losing effort. LeBron was fairly quiet on offense with an 18-point showing, but flirted with a triple-double as he also finished with 10 rebounds and 9 assists. The Lakers seemed to have turned the season around with a tough close win against the Boston Celtics in their previous game, but disappointed big-time in Philadelphia. With the win, the Sixers followed up a stellar win against the Denver Nuggets, sending a message to the league that they are a serious championship contender.

The Golden State Warriors were pushed to the brink by a relentless Miami Heat team, before two pressure-packed free throws from DeMarcus Cousins lifted the defending champs with a 120-118 victory. All-Star forward Kevin Durant topscored for the Warriors with a game-high 39 points, while also grabbing 6 boards and dishing out 4 assists. Fellow All-Stars Klay Thompson and Stephen Curry combined for 54 points, including 11 makes from beyond the arc. The Heat got off to a really hot start in the first quarter, leading the Warriors 22-6 at one point in the opening period. But the Warriors chipped away at the lead, putting an emphasis with an explosive 36-point showing in the third quarter. Both teams made it interesting as the game closed in on the waning seconds, as Dwyane Wade blocked a Durant jumper, leading to an easy transition lay-up to put the Heat up by one. Justise Winslow made two free throws off a foul from Durant after that sequence, but KD atoned for his miscues with a step-back three-pointer to tie the game again. Golden State made a defensive stop, then Cousins was fouled on the ensuing play as the big man lifted the Warriors to a two-point lead. With an opportunity to bury the defending champs, Heat combo guard Dion Waiters missed a tough three-pointer, giving the hard-earned win to the Warriors.

Josh Richardson impressed with a career-high 37 points on eight makes from beyond the arc, while Waiters contributed 24 points of his own. The disappointing loss forced the Heat to fall to the 9th place in the Eastern Conference, as the Detroit Pistons own the tiebreaker in their season match-up.