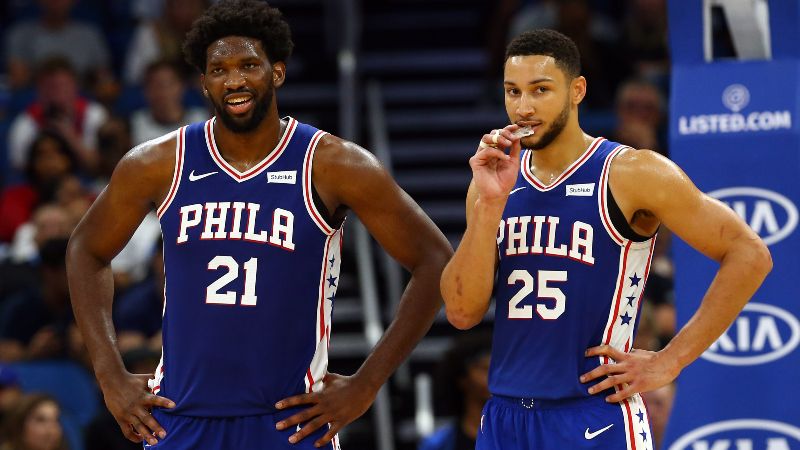 The Philadelphia 76ers leaned on their two young All-Stars as they hacked out a morale-boosting 110-103 victory over Kawhi Leonard and the Los Angeles Clippers. Ben Simmons tallied another triple-double stat line, finishing with 26 points, 12 rebounds and 10 assists in the win. His co-star, Joel Embiid, also produced 26 markers while pulling in 9 boards. Josh Richardson emerged as the team’s key cog in the fourth quarter, pouring in 17 of his 21 total points in the final frame. Tobias Harris also chipped in his own double-double performance of 17 points, 12 boards and 5 dimes as the Sixers extend their winning streak to three games.

It was a game of runs in the first half with the scores tied entering the third period. Aside from the scoring that came from Richardson, Embiid and Simmons, it was also the Sixers’ defense that led them to victory. Although they failed to contain Leonard, who had a game-high 30 markers, Philly managed to limit the Clippers’ other second superstar. Paul George struggled mightily on the offensive end, making only three of his 15 field goal attempts.

Simmons, who has been racking up the triple-doubles lately, credited his teammates for displaying the grit and competitive fire in this crucial win, as per Kevin F. Love of SB Nation’s Liberty Ballers.

“We love to compete and you see that from everybody on the floor, especially that five that’s out there and Al [Horford] and the guys, we just picked up. They love to come in and compete and hustle and make those plays, and it’s kind of just trickling down to everybody on the team. We’re setting a standard for everybody and everyone has to hold themselves to that standard. If not, you’re going to fall behind.”

One glaring change in the Sixers’ line-up was the demotion of starting power forward Al Horford. The versatile big man came off the bench for the first time, having started for them in the first 49 games of the season. Horford’s playing time dipped a bit as he played only 27 minutes last night, but the former All-Star still chipped in 9 points, 6 rebounds, 3 assists and 2 blocks.

Philly head coach Brett Brown emphasized how much he appreciates Horford’s classy response to being relegated to a sixth man role.

“It was class. I said exactly what I just said. I said that this starting group has been struggling and that he had done nothing wrong. I keep myself up late at night trying to find ways to better coach it and fix and let it coexist. To date, after 50-plus games, we’ve struggled a little bit. I feel like I can help Al play at the level that he can play at  and that we have seen…I think it can be a win-win. It was all class. He’s a great   teammate and he understood. It was a high-level adult conversation that I appreciate and respect.”

Leonard led the way for the Clippers with 30 points, 9 assists and 2 blocks, while George contributed a double-double outing of 11 points, 12 rebounds and 5 dimes. Young gunner Landry Shamet came off the bench to fire five three-pointers on his way to 19 points, and recently-acquired forward Marcus Morris and Lou Williams tallied 13 markers apiece.

Clippers head coach Doc Rivers pointed out that they can’t play bad offense against a good defensive team like the Sixers.

“I didn’t think our defense was bad, I didn’t think it was great, but I thought our offense was bad tonight. I thought we lost the game tonight because we just didn’t play with any continuity offensively. We didn’t move the ball and space the ball enough. I thought Kawhi was really efficient at times, other than that we really didn’t  have enough flow offensively to win against a pretty good defensive team.”

This is indeed a tough loss but the Clippers have the chance to end their current four-game road trip in a positive tone as they visit Boston and take on Jayson Tatum and the Celtics. The Clippers have already lost two games in this road trip, carving out a lone win against the bottom-dwelling Cleveland Cavaliers.

The New Orleans shook off a flat first quarter performance to come back and cruise past the visiting Portland Trail Blazers, 138-117. Prized rookie recruit Zion Williamson poured in 31 points, 9 rebounds and 5 assists, while veteran shooting guard JJ Redick fired 20 points built on four hits from beyond the arc. In the place of the injured Brandon Ingram, Josh Hart was inserted to the starting line-up and immediately contributed 17 points and 6 boards. Star point guard Jrue Holiday chipped in an all-around performance of 16 points, 4 rebounds, 10 assists, 2 steals and 2 blocks.

Both the Blazers and the Pelicans had a lot of stake in this game. They are currently positioned at the 9th and 10th seed in the Western Conference as they chase the Memphis Grizzlies for the last playoff spot. It was the Blazers who showed more determination to win in the first quarter as they built an early nine-point lead. But the Pelicans would take over the rest of the night. They were able to trim the deficit to just two points as the game hit its halfway mark. New Orleans then followed it up with a 41-point outburst in the third quarter, ultimately sealing them their third win in a row.

Along with their brilliant third quarter explosion, Pelicans head coach Alvin Gentry also deflected the credit to the defense shown by their main star, as per the team’s official page at NBA.com. Holiday, who was the primary defender on Damian Lillard, limited the Blazers superstar to just 20 points.

"I thought he did about as good a job as you can do, in any situation on Dame. Our bigs were sensational also. We just tried to always have somebody there when he was about to turn the corner and I thought our bigs did a great job of not letting him   spread us – although he did it a few times. But in general, to play him like that and be able to hold him to 20 points – and that’s how great he’s been playing to say hold him to 20 points. I thought it was – once again, we just did a really good job of         playing good team defense, but our offense really was clicking."

The spotlight again targeted the Pelicans’ amazing first-year combo big man. Zion was scintillating in this win, putting up efficient shooting percentages from the field and from the free throw line. This was the first time that Williamson eclipsed the 30-point mark, and now has cracked 20 points or more in his last five games.

The 6-foot-6 high-leaping young gun praised his teammates for always finding him for easy scoring opportunities.

With this disappointing outcome, the Blazers have now dropped to a 25-30 record and are four games behind the Grizzlies for the 8th seed in the West. Interestingly, they will also go up against Ja Morant and the uprising Memphis squad tomorrow night in the second leg of their current back-to-back schedule.