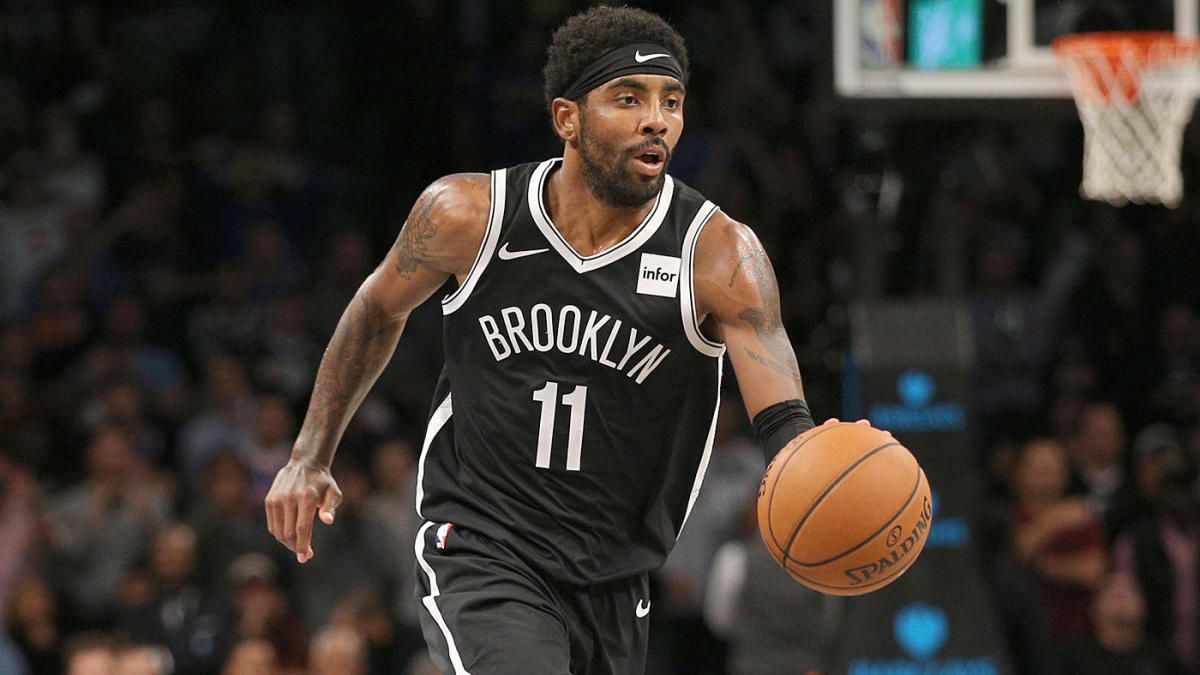 The rivalry between the city rivals has begun but only one team has to emerge as the winner. Kyrie Irving, the new face of the Brooklyn Nets franchise, followed up his 50-point performance with a game-winner to lead his squad to a close-call 113-109 victory over the New York Knicks. Irving topscored for the Nets with 26 markers, including a familiar right wing three-point shot to ice the game for Brooklyn. Back-up combo guard Spencer Dinwiddie came off the bench to contribute 20 points and 5 assists, while sweet-shooting forward Joe Harris poured in 13 markers built on three makes from beyond the arc.

After the game, Nets head coach Kenny Atkinson says that he trusted his superstar guard enough for him not to even call a timeout to map out a play, per Brian Lewis of the New York Post.

“Well, this is learning who he is. And when he’s coming down on the right side, I’m thinking, ‘Do I call a timeout or not?’ It’s like, ‘Wait a second, if I call a timeout, they can sub, they can double-team him.’ You just let him get in a flow and make a play. That’s where the coach has to step back and let your best player make plays.”

Early on, it seemed like the Nets were headed to an easy win. They held a 13-point lead at the end of the first half, but the resurgent Knicks team showed that they are not the pushovers they are expected to be this season. The Knicks came back to even take the lead at the latter part of regulation, but the Irving signature off-the-dribble trifecta was enough to give the Nets their first win of the season.

Back-up forward Allonzo Trier led the charge for the Knicks with 22 points. Trier displayed his shooting efficiency as he missed just one of his seven field goal attempts, while hitting three three-pointers. Prized rookie forward RJ Barrett again came up with an all-around stat line of 16 points, 3 rebounds, 3 assists and 6 steals. Julius Randle pulled off a double-double outing of 14 points and 11 boards, while sophomore forward Kevin Knox netted 16 points off the bench.

The Knicks will face Kemba Walker and the Boston Celtics in the second game of their back-to-back schedule, while the Nets go up against the Memphis Grizzlies on Sunday.

Entering the payoff period trailing by six, the Boston Celtics finished strong as they hacked out a gritty 112-106 victory over the visiting Toronto Raptors. Jayson Tatum and Jaylen Brown led the charge for the Celtics as they scored 25 points apiece and pulled down 9 rebounds each. Newly-acquired All-Star point guard Kemba Walker bounced back from a forgettable opening game as he finished with 22 points and 6 points, and showed that he can also be a pesky defender by racking up two steals and two blocks.

Walker, who was signed by the Celtics this offseason to offset the departure of Kyrie Irving, points out to his teammates’ support as his motivation to come up big this time around, per the Associated Press.

Veteran star forward Gordon Hayward produced another solid outing with 15 points and 8 boards. The Celtics have now evened up their record after losing their season opener at the hands of the Philadelphia 76ers.

Young budding star Pascal Siakam topscored for the Raptors with a game-high 33 markers, including five makes from beyond the arc. Kyle Lowry also turned in a masterful offensive performance in the loss as he netted 29 points and 7 assists, while successfully hitting six of his 10 tries from three-point territory.

Raptors head coach Nick Nurse expressed his dismay on how poor his team performed in taking care of the ball, per Ryan Wolstat of the Toronto Sun.

“Yeah, we just didn’t, I think, execute well enough. Obviously possession game we lost badly with I think they had something like 30 more attempts from the field. Normally you aren’t even going to be in a game like that … Too many offensive rebounds, a few too many offensive rebounds. A ridiculous amount of offensive fouls. I think we had 10 offensive fouls called on us. I don’t think I’ve ever seen a game like that before. So I attribute it to a lot of our turnovers and lost possessions.”

The Raptors compiled 23 turnovers throughout the game, while the Celtics only had nine miscues as a team. Toronto also lost the rebounding battle to the Celtics, 46-56.

LeBron scores 32 as Lakers notch first win of the season

LeBron James shook off an inefficient season opener as he led the retooled Los Angeles Lakers to a 95-86 win over Donovan Mitchell and the Utah Jazz. James amassed an all-around stat line of 32 points, 7 rebounds and 10 assists, while only turning over the ball once. Anthony Davis continued his consistent offense, finishing with 21 markers while also displaying his defensive prowess with two steals and five rejections. Troy Daniels came off the bench to contribute four three-pointers on his way to 15 points.

It was a low-scoring affair for both teams. The Lakers were able to limit the Jazz to below 20 points in two quarters. Furthermore, they also actively played the passing lanes, stole the ball 14 times and forced the Jazz to commit 22 turnovers.

Mitchell led the way for the visiting Jazz as he produced 24 points, 5 boards and 3 steals in the disappointing loss. Jazz head coach Quin Snyder emphasized how his team’s offensive struggled spelled their downfall, via the Associated Press.

Mike Conley had 13 points and 3 assists in the game, but their star defensive big man Rudy Gobert only had 8 markers and didn’t have a single block. Utah played without sweet-shooting forward Bojan Bogdanovic, who is still nursing an ankle injury.