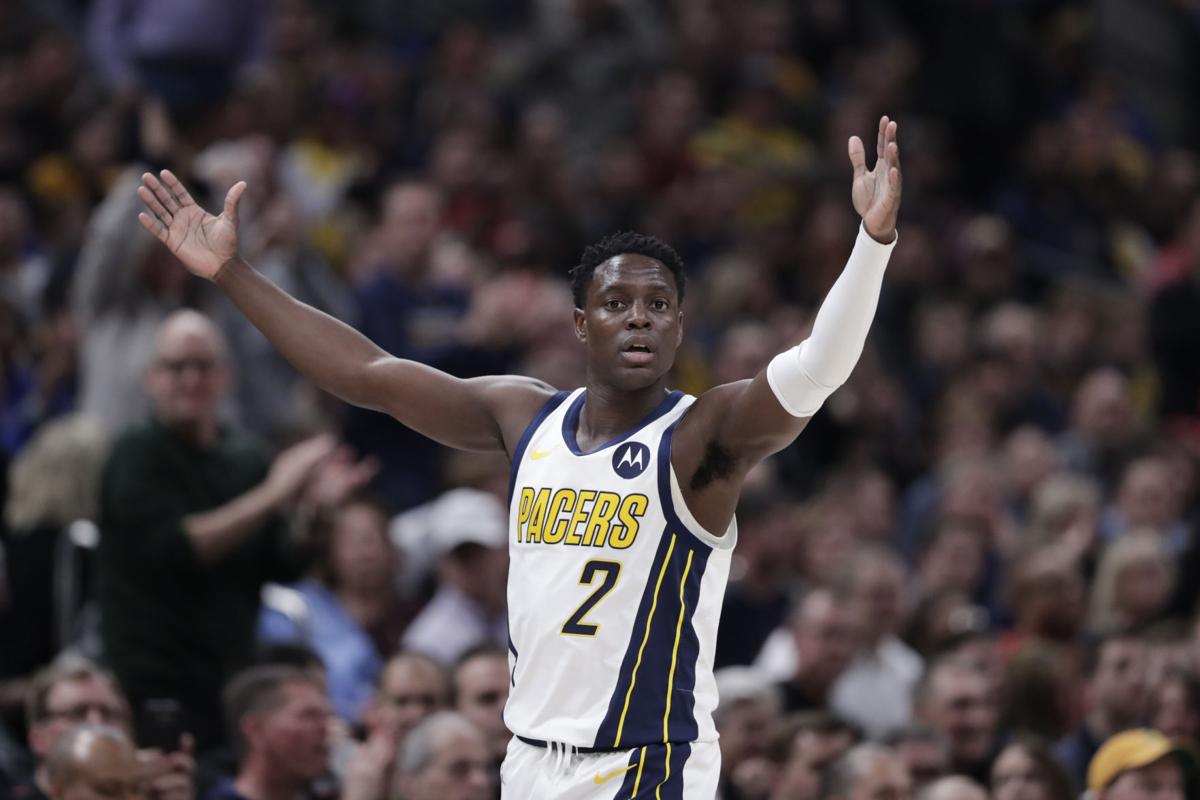 With the uncertainty clouding on the Los Angeles Lakers’ future, the Indiana Pacers took advantage of an uninspired Lakers team, carving out a resounding 136-94 victory. The Pacers were in cruise control the whole game as small forward Bojan Bogdanovic topscored with 24 points and handed out 5 assists. Versatile power forward Thaddeus Young flirted with a triple-double as he finished with 12 points, 11 boards and 8 assists, while young center Myles Turner tallied 22 markers and rejected 4 shots. The Pacers went on a 36-20 run in the second quarter and never looked back from there. With superstar Victor Oladipo sidelined for the rest of the season, the Pacers are learning to rely on a balanced offensive attack, with seven players finishing in double-digits.

LeBron James led the Lakers in his second game back from a groin injury, scattering 18 points, 9 assists and 7 boards in the loss. The Lakers were obviously pre-occupied with all the possible trade moves and rumors clouding the morale of the team.

Tobias Harris and Lou Williams partnered yet again to push the Los Angeles Clippers to a close-call 117-115 victory over All-Star point guard Kemba Walker and the Charlotte Hornets. Harris, one of the most notable All-Star snubs this season, put up 34 points, 7 rebounds and 5 assists in the win, while Williams came off the bench to tally 31 points and 6 dishes. The Clippers and Hornets alternated leads back and forth in the final period, with Harris making a running jumper down the lane with only under five seconds to go in the game. Charlotte would then fail to give the ball to Kemba, as a Marvin Williams’ three-pointer never made it to the hoop.

Walker was brilliant for the home team, finishing with 32 points, 9 assists and 5 boards in the losing effort. Shooting guard Jeremy Lamb put up 22 markers and 3 steals, but that was all the help that the team provided for Kemba in the game. The Clippers improved to a 30-26 record with the win, while the Hornets fall to 26-28.

Kawhi and Raptors win powerhouse match-up with Embiid and 76ers

Kawhi Leonard and the Toronto Raptors passed a difficult test as they hacked out an important 119-107 road win against the Philadelphia 76ers. Leonard led the Raptors with an all-around performance of 24 points, 7 boards, 3 dishes and 3 steals, while Serge Ibaka and Kyle Lowry chipped in 20 apiece. Toronto came out smoking with a 40-point first quarter, while following it up with quality defense at the other end. The Raptors are now embarking on back-to-back wins after a defeat at the hands of fellow Eastern Conference elite Milwaukee Bucks.

All-Star big man Joel Embiid was in his usual deadly form, tallying 37 points, 13 boards and 3 rejections in the loss. Point forward Ben Simmons scattered 20 markers and 7 boards, while Jimmy Butler had a sub-par night of only 18 points. The Sixers suffered their second consecutive defeat after losing to the Sacramento Kings in their previous assignment.

Hassan Whiteside had another efficient outing as his brilliance carried the Miami Heat to a much-needed 118-108 win over Damian Lillard and the Portland Trail Blazers. Whiteside almost had a perfect game from the field, missing just one shot on his way to putting up 28 points, 11 rebounds, 4 steals and 2 blocks. Future Hall of Famer shooting guard Dwyane Wade racked up 22 points, 9 rebounds and 3 assists off the bench as Miami snapped their three-game skid.

CJ McCollum topscored for the Blazers with a game-high 33 points, while combo forward Jake Layman came off the bench to contribute 25 markers and 8 boards in the loss. Lillard had a quiet night but still finished with a double-double of 13 points and 10 assists as the loss halted the Blazers’ three-game winning streak.