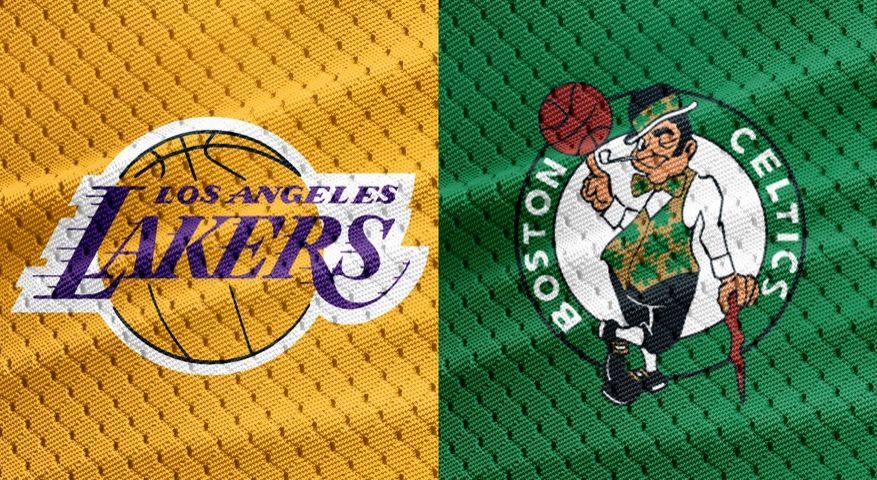 Lakers get back at Celtics with close-call victory

After being thrashed in their first match-up of the season, the Los Angeles Lakers got back at their rivals as they defeated the Boston Celtics, 114-112. Anthony Davis led the Lakers in scoring with another all-around performance of 32 points, 13 rebounds, 3 assists and 2 blocks. LeBron James produced a near triple-double stat line of 29 points, 8 rebounds and 9 assists, including the game-winning fadeaway jumper. Young budding star Kyle Kuzma came off the bench to chip in 16 markers, while veteran big man Dwight Howard contributed 10 points and 7 boards.

Badly wanting to get back at their rivals after being crushed with a 32-point beating at the Celtics’ home floor, the Lakers tightened up their defense in the opening period. They led 28-19 after the first quarter, but the Celtics figured it out in the next quarter. The Lakers’ lead was trimmed to only two points by the end of the first half, and it would be a very close game since.

After a Jayson Tatum brilliant spin move to tie the game at 105, Davis answered with a booming triple to give the home team a three-point lead with only a little over two minutes remaining on the clock. Veteran small forward Gordon Hayward answered back with a short baseline jumper, then assisted on a Jaylen Brown corner trifecta that gave the Celtics a 110-108 advantage. Following a free throw that chopped Boston’s lead to only one, the Lakers would then turn to their old reliable. James backed down Brown in the post, shimmied then hit a tough fadeaway jumper to give put his team up, 111-110.

The Lakers would then turn to their excellent composure and lockdown defense to seal the win. Kentavious Caldwell-Pope showed why he is deemed very valuable in the rotation, forcing two crucial turnovers on Tatum to deny the Celtics a shot at a potential game-winner. It was a playoff-like atmosphere all game long as both team relived their storied rivalry. James emphasized how special it is to be a vital part of the history that the Celtics and the Lakers share, as per the Associated Press.

“It’s just special to be part of this rivalry. We understand that this has been going on since the ‘50s, ‘60s, ‘70s, ‘80s, ‘90s, all the way through. So to be a part of a rivalry, to be a part of a historical two-franchise group, this is special. … (We love) to represent this rivalry with the utmost respect and play this game the right way, as all the former players have done in the past.”

As with the usual status quo, it is the superstar tandem of James and Davis that led the charge for the Lakeshow. But the team’s second unit also brought the needed energy and scoring punch in this all-important game. The Lakers’ reserves put up 43 combined points, convincingly outdueling the Celtics’ second unit’s total of only 11. As per Ben Golliver of The Washington Post, James reiterated that the team is at their best when they are moving the ball and piling up the assists.

“Just continue to share the ball and get the ball popping. We don’t have to rely on  myself and AD to bail us out. We have two guys who can go get a bucket or get a look at it, but it’s always better when the defense can’t key in on one person.”

Tatum topscored for the Celtics with 41 markers, making four treys and only missing two of his 15 total attempts from the free throw line. Fellow young gunner Jaylen Brown chipped in 20 markers, while Marcus Smart put up an all-around night of 14 points, 7 rebounds and 2 steals. Hayward, who made crucial plays in regulation, flirted with a triple-double as he finished with 10 points, 8 boards and 9 dimes. Starting center Daniel Theis produced 16 points and 9 rebounds as the team played without star point guard Kemba Walker.

Brown, who has been watching Tatum’s improvement every day, said that his 21-year old teammate is already on a superstar status. However, Brown also expressed his disappointment as they did not emerge victorious tonight, as per Baxton Holmes of the ESPN.

At the same time, we've got to continue to find ways to win games and be the team that we're supposed to be. He's been playing unreal. It was a joy to watch him tonight. I wish we would've got the win, but to come in here and do what he did to the Lakers, [there are] not too many people who can say they did that."

Despite the loss, the Celtics still sit on the 3rd spot in the Eastern Conference with a 39-17 record. It remains to be seen if Kemba will recover from his injury just in time for the team’s next assignment against Carmelo Anthony and the Portland Trail Blazers on Tuesday.

The Toronto Raptors continued to rely on their tremendous defensive schemes to hack out a convincing 127-81 thrashing of the visiting Indiana Pacers. First-time All-Star forward Pascal Siakam led the defending champs in the scoring column as he finished with 21 markers, while veteran star point guard Kyle Lowry stuffed the stat sheet with 16 points, 7 rebounds, 11 assists and 5 steals. Serge Ibaka came up with a double-double outing of 15 points and 15 boards, while Matt Thomas chipped in 17 markers off the bench.

After ending their 15-game winning streak with a loss to the Brooklyn Nets before the All-Star Weekend, the Raptors have now won two consecutive games. Despite the absence of veteran leader Marc Gasol and scoring shooting guard Norman Powell, the defending champs are banking on their collective effort on the defensive end of the floor. Head coach Nick Nurse singled out Lowry’s all-around night as the driving force of their win, as per Ryan Wolstat of the Toronto Sun.

“His compete level, I’ve never coached or seen anybody play as hard as this guy does in basketball, it’s the ultimate compliment and it rubs off on the other guys, and not only does he do it that way, he plays it smart, he knows the coverages, he knows the opponents, he studies film, he gives his body up.”

It was an embarrassing loss for the visiting Pacers. They turned the ball over 17 times, and shot a poor 24% clip from the three-point line. All-Star power forward Domantas Sabonis led Indy with another double-double performance of 14 points, 11 rebounds and 5 assists, while sophomore point guard Aaron Holiday started in place of the injured Victor Oladipo and tallied 14 points and 6 assists.

Pacers head coach Nate McMillan lamented his players’ dismal effort and said that this should be a “wake-up call” for them, as per J. Michael of the IndyStar.

"This is a wake-up call. That team is playing for something big and they showed us   what February, March, April, if you can get into May and June, what it's going to look like. They jumped on us. They played with intensity. They played with sense of urgency, a team that's connected out there. We're back on our heels from the start. We  got to get to that level."

After sustaining a frustrating six-game losing skid, it looked like the Pacers have turned the tables with a morale-boosting win over the league-leading Milwaukee Bucks last February 12. They followed it up with a victory against the New York Knicks last Friday, but this massive loss at the hands of the Raptors should instill a sense of urgency on them.

The Pacers will try to bounce back from this when they go back home to host the Charlotte Hornets on Tuesday. They will wrap up their short two-game home stand when the Blazers visit them on Thursday.