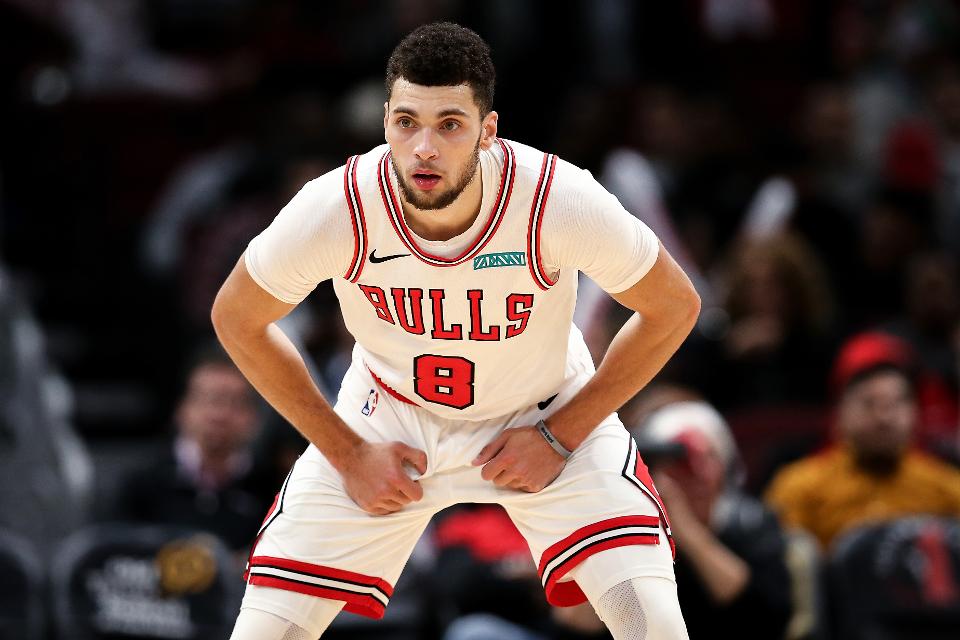 Zach LaVine and the Chicago Bulls pulled off one of the most thrilling comebacks in league history as they defeated the Charlotte Hornets, 116-115. LaVine produced a career-high of 49 big points, including a spectacular display of three-point shooting as he hit 13 of his 17 treys. He also made the game-winning triple off an inbound turnover by the Hornets. With no timeouts left and only less than a second remaining, the Hornets had to throw a long pass from the baseline that was stolen by the Bulls.

Rookie combo guard Coby White came off the bench to chip in 28 points, 3 assists and 2 steals, including four makes from beyond the arc. Wendell Carter Jr bounced back from a forgettable stint in their previous game, finishing with a double-double night of 17 points, 11 rebounds, 2 steals and 2 blocks. But beyond LaVine’s career night and the Bulls’ impressive long-range shooting display, it was their grit and character that stood out in this comeback victory. They were trailing by eight points with 45 seconds remaining. On top of that, the momentum was on the Hornets’ side as they made multiple clutch baskets. Yet, the Bulls didn’t give up and they were rewarded with the improbable victory.

LaVine emphasized how big of a win this was to douse their recent struggles, per K.C. Johnson of NBC Sports Chicago.

“This is a big game for us, morally. Everybody’s energy is up. We’ve been playing good in stretches. We just executed perfectly down the stretch. Obviously, we got blessed a little with some luck. We can take this energy and move this on to the next game, keep this energy high. Hopefully this is that turning point for us. Every team has one. This could be a big step for us in the right direction.”

As for the Hornets, this was their fourth loss in a row. This was still a great performance, considering that it was the second leg of their back-to-back schedule. Yet, it’s also a very painful loss to take. Terry Rozier led the charge for Charlotte with 28 points and 5 assists, while Devonte’ Graham poured in a double-double outing of 18 points and 10 assists. Veteran forward Marvin Williams produced 21 markers off the bench. The Hornets will try to bounce back when they visit Miami to take on Jimmy Butler and the impressive Heat team.

The Los Angeles Lakers shook off a flat start to the game as they came back and hacked out a 109-108 win over the Memphis Grizzlies. LeBron James led all scorers with 30 points, while his superstar partner Anthony Davis came up with an all-around outing of 22 points, 3 steals and 5 blocks. Veteran point guard Rajon Rondo came off the bench to contribute 14 points and 6 assists, and Dwight Howard had a near double-double performance of 10 points and 9 rebounds.

The Lakers started the game on the wrong foot as they found themselves trailing by ten points after the opening quarter. They would cut it to a single-digit lead by halftime, and followed it up with a strong defensive performance in the third quarter. It was another brilliant game for the 34-year old James, but there is one glaring number missing from his stat sheet. The King didn’t even have a single trip to the free throw line. James expressed his disappointment at this, but reiterates that it is something that doesn’t hold him back, per The Athletic’s Bill Oram.

“It’s been a theme for me, personally. Pretty much in my career and over the last few  years. … But that can’t stop me. It didn’t stop me tonight. No matter what I got to   continue to go, but being able to get to the free-throw line is something that allows our defense to get in good position. It sets our defense. It slows the game down at times. It  gives us a good rhythm. It relaxes me, as well.”

Prized rookie Ja Morant led the way for the Grizzlies with 26 points, 6 assists and 5 steals. Jae Crowder chipped in 21 markers, while sophomore forward Jaren Jackson Jr totalled 20 points, 7 boards and 2 steals. The Grizzlies, who are now sporting a 5-10 record, will have their next assignment against Domantas Sabonis and the Indiana Pacers.

The San Antonio Spurs finally ended their eight-game drought as they beat the New York Knicks, 111-104. The team’s two stars took charge as LaMarcus Aldridge tallied a game-high 23 points, while DeMar DeRozan amassed 21 points and 9 boards. Patty Mills and Trey Lyles both came off the bench to chip in 17 and 12 markers, respectively.

The Spurs balled out right from the opening tip as they raced to a 32-16 lead at the end of the first quarter. The Knicks tried to come back in the second half as they attempted to climb a 20-point deficit in the fourth quarter. The Knicks mounted a blitzing 22-9 run but the Spurs already had enough cushion and successfully weathered the storm. This is indeed a morale-boosting win for San Antonio after losing their previous eight games. While the season has been disappointing so far, Spurs head coach Gregg Popovich believes that his players aren’t demoralized by it, per Malika Andrews of the ESPN.

"It is just another game. These guys are too hardened. They're all pros. They are grown men. They have families and kids, and that kind of stuff doesn't bother them. Nobody likes to lose a bunch of games in a row, but it is not going to debilitate them mentally. They still get their paychecks."

Marcus Morris topscored for the Knicks with 20 markers built on four makes from deep. Bobby Portis chipped in 16 points off the bench, and Julius Randle compiled a stat line of 14 points, 8 rebounds and 3 assists.