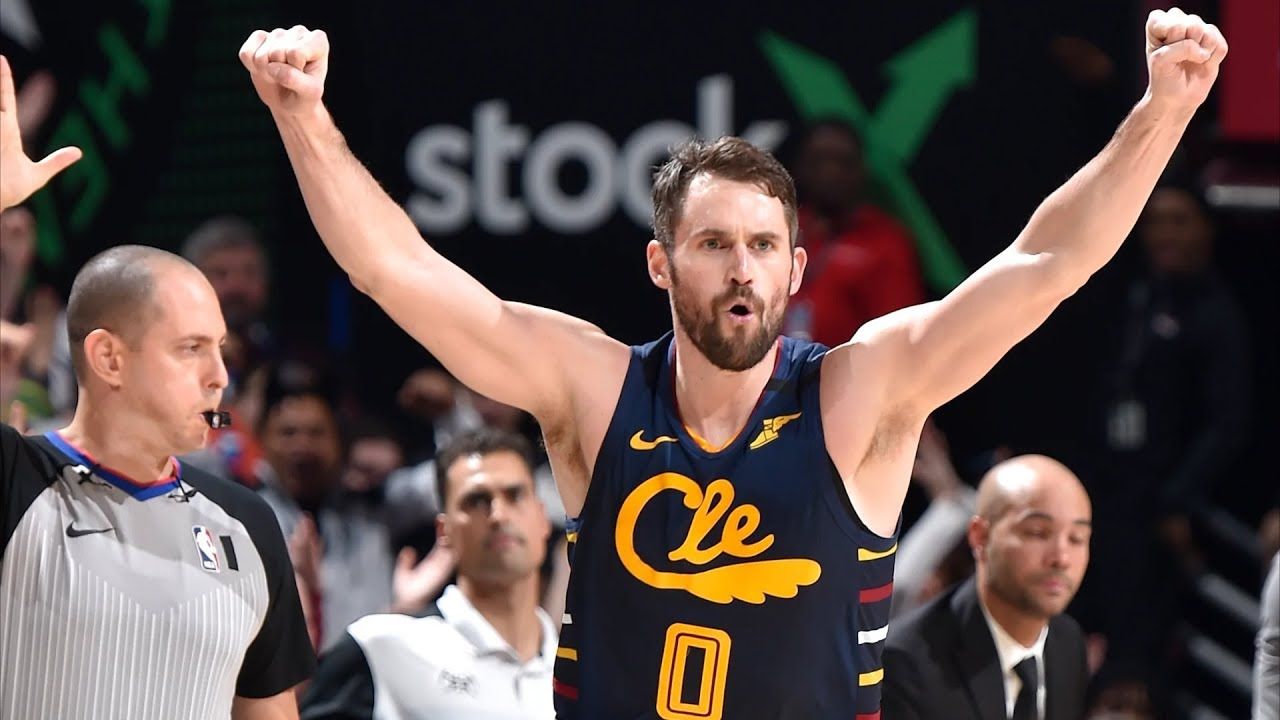 The Cleveland Cavaliers have swept their season series with the Denver Nuggets as they hacked out a close-call 104-102 win at their home turf. Veteran star big man Kevin Love got it going on offense, finishing with a game-high 27 markers, including five makes from the three-point line. Young point guard Collin Sexton chipped in 25 points, and starting small forward Cedi Osman came through with his 20 markers on a solid 5-6 clip from beyond the arc. Matthew Dellavedova, another remnant of that 2016 Cavs championship squad, produced 14 assists and grabbed 6 boards in the upset win.

After losing their first match-up with the Cavaliers, the Nuggets came in hot in the opening quarter. They established an early double-digit lead after the first period, but the Cavs would slowly but steadily chip away at the lead in the next two quarters. Behind a strong defensive effort in the third period, Cleveland was able to snatch the lead and even had a precarious two-point advantage entering the final frame.

The fourth quarter proved to be a close-call affair. Both squads wrestled with the lead but a mid-range jumper from Love gave the Cavaliers a one-point advantage. Dellavedova followed it up with a big time transition trifecta, which Love ensued with a triple of his own to extend the Cavs’ lead to seven with a little under three minutes left on the clock. Jamal Murray and Will Barton answered with two consecutive three-pointers to make the game more interesting. With the Cavaliers just holding a three-point lead, they banked on their old reliable as Love hit a short hook off a post move to increase their advantage to five points with a minute remaining in regulation.

It was a brilliant team performance for the Cavaliers in the offensive end. They compiled 32 assists, that led to a stellar 55% overall clip from the field. They may have did a bad job in terms of their 21 turnovers, but their defense and ball movement bailed them out. Dellavedova emphasized on this by saying that they “battled” on the defensive end, as per the Associated Press.

"It's important that we got the win. It's a good reward for the hard work we've been putting in. We played hard the other night short-handed (against Boston), but didn't  have enough to get over the line. We batted defensively and shared the ball enough."

The loss highlights the Nuggets’ recent slide. They have lost three of their last five games, with embarrassing losses to the league’s bottom-dwellers Golden State Warriors and the Cavaliers. Truth be told, the Nuggets are yet to find their groove as of late, especially with the playoffs already lurking around the corner.

Nuggets head coach Michael Malone knows this and is already alarmed on the fact that his team is slowing down, as per Mike Singer of The Denver Post.

“Who are we? And who are we going to be? That’s a decision that we have to really think long and hard about and make that decision, because we are not playing as well as we’re capable of, and that’s kind of scary for it to be this time of the season.”

Will Barton led the team in the scoring column with 22 markers, while Gary Harris and Murray chipped in 18 and 17 points apiece. But the Nuggets missed the usual scoring presence of their superstar center as Nikola Jokic only put up 8 points in the loss.

Barton, who also had eight boards and four dimes, is disappointed by how inconsistent he and his teammates are in these past few games.

With an eye towards securing the home court advantage in as many rounds as they can reach in the playoffs, the Nuggets are currently a full game below the 2nd-seeded Los Angeles Clippers. They will try to bounce back from this tough loss when they go back home to host Giannis Antetokounmpo and the league-leading Bucks on Monday.

The Golden State Warriors buckled down to work despite missing the ill Stephen Curry as they defeated the visiting Philadelphia 76ers, 118-114. Damion Lee continued his hot shooting streak, finishing with a game-high 24 markers on top of his six rebounds and three assists. Rookie combo forward Eric Paschall came off the bench to tally 23 points and 6 dimes, while Mychal Mulder filled in for Curry in the starting line-up and contributed 18 markers. Marquese Chriss, one of the feel-good stories in this Warriors’ lost season, had another all-around outing of 13 points, 10 boards and 8 assists.

Without Curry, the star-less Dubs relied on a balanced offensive attack that saw seven of their players put up double-digit performances in the scoring column. Most importantly, tis young squad showed that they won’t just give up when the going gets really tough. They trailed the Sixers by eight points entering the fourth quarter, but that was when the Warriors made their mark. They locked down on defense, and executed well in the most crucial stretch of the ball game.

Golden State tallied 30 assists as a team, and only had seven turnovers. The fact that they took care of the rock led to a very efficient shooting display as they finished with a 55% overall clip from the field.

Still, it was in the defensive end that the Warriors really performed great. Head coach Steve Kerr praised his young players for keeping the game up for grabs and pouncing on the opponents on defense, as per the Associated Press.

"It took until the fourth quarter to really get much traction defensively. Philadelphia did a good job beating us inside for the first three quarters, but our guys hung in there and kept the game close. And then fourth quarter really turned up the defense  and we got a lot of great individual performances, too."

Kerr also took the time to single out his rookie forward’s all-around play. Paschall has been developing his playmaking as of late, something that he has prioritized in the Warriors offense. Kerr says that Paschall has improved his understanding of the game, and has also increased his awareness of what the other team’s defense is giving him, as per Curtis Uemera of SF Bay.

“Yeah, much better player. Much more aware and much more poised. Six assists tonight, eight the other night. His pump fake to draw two free throws with under a minute to play, that’s a veteran play right there. To show that kind of poise and confidence, I just think he’s made the game easier for himself by just moving the ball when he’s when he’s covered. He’s understanding when to attack and when to when to move the ball on and that’s a big step.”

The Sixers got 24 points from Tobias Harris and another all-around stat line of 22 points, 10 boards and 7 dimes from veteran big man Al Horford. Without the presence of key cogs Ben Simmons, Joel Embiid and Josh Richardson, the Sixers just found it very difficult to execute their offensive sets and finish strong in the fourth quarter.

Philly also sorely missed the rim protection of Embiid and the defensive versatility of Simmons and Richardson. Head coach Brett Brown pointed out that it was the team’s failure to protect the paint that spelled their doom, especially in the final period.

The loss drops the Sixers to the 6th spot in the Eastern Conference. They will embark on a four-game home stand starting with a match-up against Derrick Rose and the Detroit Pistons on Wednesday, followed by an all-important game against All-Star big man Domantas Sabonis and the 5th-seeded Indiana Pacers on Saturday.