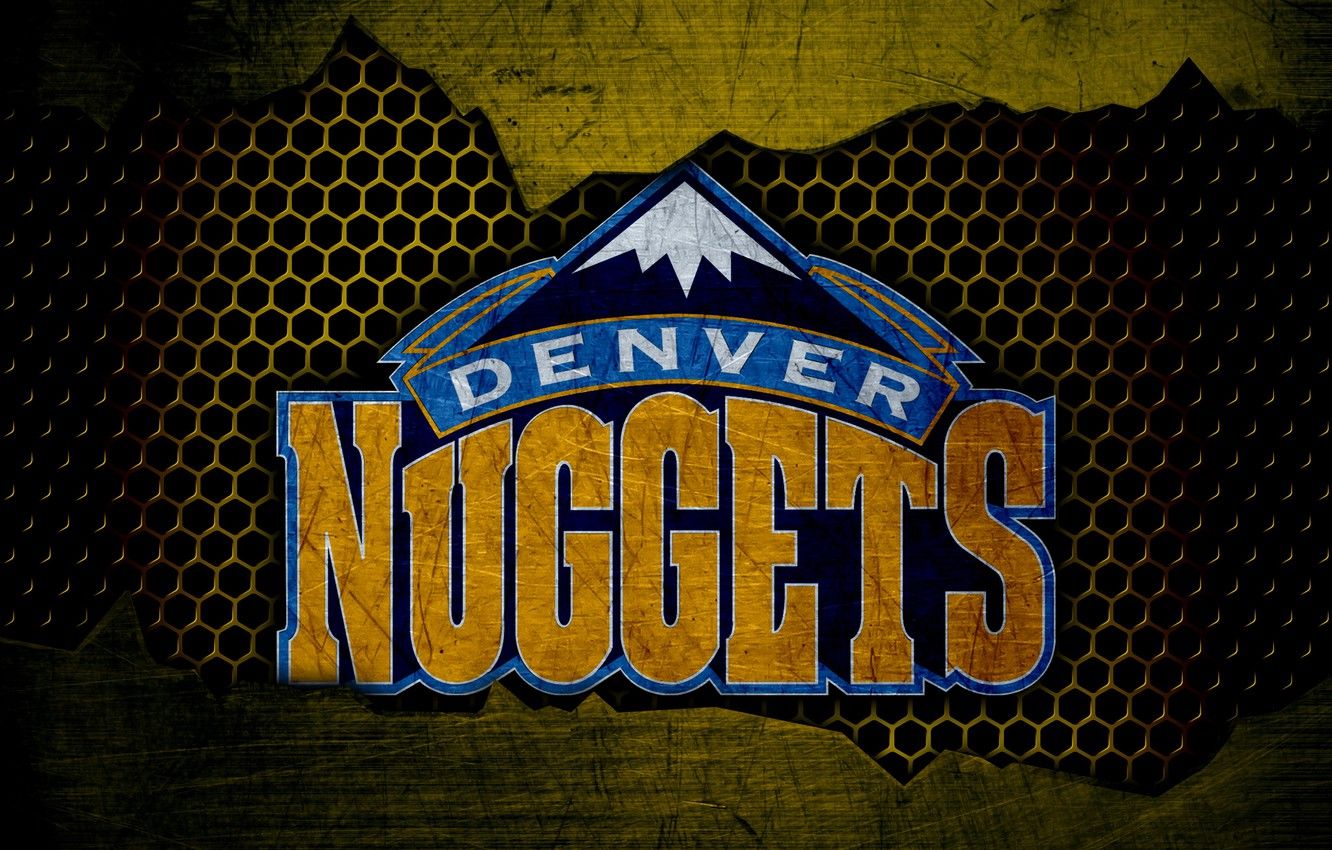 Nuggets get past Wizards while fielding in weird starting line-up

As they miss the services of backcourt stars Jamal Murray and Gary Harris, the Denver Nuggets resorted to a weird starting line-up that featured All-Star center Nikola Jokic at the point guard position. With Jokic at the point, the rest of the Nuggets’ starters included Paul Millsap, Mason Plumlee, Jerami Grant and Bol Bol.

It was an all-big man line-up but the experiment paid off as the Nuggets defeated the Wizards, 89-82. Recently-acquired shooting guard Troy Daniels led the Nuggets with 22 points, 6 rebounds, 3 assists, and four makes from the three-point line. Bol, who made his debut in the NBA after recovering from an injury, stole the show with his 16 points, 10 boards and 6 blocks.

Bol, who stands at an incredible length of 7-foot-2, emphasized that spacing was their priority in this game. He also expressed his joy in seeing his hard work pay off, as per Mike Singer of The Denver Post.

“That was kind of unusual, but we just made it work with our spacing. That was our plan at the beginning of the game. We all discussed that we were all really tall, but as long as we kept our spacing, then everything was going to work. And that’s what happened.

Really just getting to play after so long, because I’ve been waiting a long time, just working hard and waiting for this moment.”

Jokic, the Nuggets’ main star, put up his usual all-around stat line of 16 points, 7 assists and 7 rebounds while making his two attempts from long-range. The Serbian big man also produced a perfect 8-8 clip from the free throw line, although he struggled to take care of the ball with his eight turnovers.

Jerami Grant contributed 10 points and 3 boards, and Millsap put in 8 markers in 24 minutes of play. Despite the very tall line-up, the Nuggets actually displayed excellent perimeter defense. They held the Wizards to a lowly 26% clip from three-point territory, while still exerting dominance on the rebounding department.

Nuggets head coach Michael Malone chimed in his thoughts on his rookie center’s brilliant debut, and pointed out that Bol’s confidence in his game is constantly increasing. Malone also emphasized just how gifted Bol is, and it will all boil down to how comfortable he could be in the team’s system.

“Being around him every day, him opening up, you can see his personality getting more comfortable, more confident. He’s played very well. Let’s not forget. He’s still, in essence, a rookie. Let’s not put the expectations way up there. Let’s let him grow and develop. But he’s shown me that he has a tremendous amount of talent. He has things, as I’ve mentioned quite a bit, that I can’t teach as a coach. I can’t teach 7-foot- 2, I can’t teach a 7-foot-9 wingspan, and I sure as hell can’t teach a really soft touch all the way out to the NBA 3-point line.

Bol is young. Every minute he gets on the court is going to allow him to grow and learn. And everything he does is a positive, because it’s really good, or it’s something where he may not have done the right thing but he’s going to learn from it.”

Rookie combo forward Rui Hachimura led the charge for the Wizards with his 18 points and 9 boards, while Troy Brown Jr stuffed the stat sheet as he compiled 12 points, 6 rebounds, 5 dimes and 3 steals. Key players Bradley Beal, John Wall and Davis Bertans will not participate in the Wizards’ campaign in the season restart at Orlando.

No Zion, no problem as Pelicans thrash Nets

Despite playing without top rookie recruit Zion Williamson, the New Orleans Pelicans still pounced on the Brooklyn Nets, 99-68. Rookie guard Nickeil Alexander-Walker led the way for the Pels with a do-it-all stat line of 14 points, 4 boards, 4 dimes and 2 blocks. Brandon Ingram showed out an efficient performance of 12 markers in just 11 minutes on the floor. Veteran gunner E’Twaun Moore came off the bench to pour in 14 points, built on a perfect 2-2 clip from three-point territory.

Lonzo Ball, who recorded 8 points and 3 dimes in the win, emphasized that their work on the defensive end has been their priority. The 6-foot-6 point guard also expressed his admiration on the team’s rookies, and how disciplined they are in preparing for the season restart at the bubble. (h/t NBA.com)

"I think it was just good to play against some other people. We're still trying to focus on defense. Not too worried about offense, right now. Today was more about just coming in and getting our work done that we need to get done. A lot of focus on close- outs today, which is also defense, so I think just moving forward, that's our main goal, right now.

I mean, as far as our guys, I can tell they've been in the gym. Especially, Nickeil (Alexander-Walker). He's definitely standing out to me. In practice, Jaxson's (Hayes) is always going to bring the energy, but I think this time it's difficult for everyone. It's a little different. No one’s really ever really went through it, but for those guys to take the time off and come back and look like they really haven't missed a beat, credit to them."

The Nets, who will be without a bevy of their key cogs, got 11 markers from Dzanan Musa and a double-double performance of 10 points and 10 rebounds from young big man Jarrett Allen. Caris LeVert poured in 10 points, 4 boards and 3 assists, and Rodions Kurucs came off the bench to chip in 10 markers.

It was a measly team performance for the Nets, but it is also a learning experience for them. One of the players who stood out in this game is Kurucs, who seems to be transitioning from a small forward to a big man role for the Nets. As per a column written by Brian Lewis of the New York Post, Kurucs confirmed that he is indeed adjusting to his new role.

“It’s been pretty good. I adjusted pretty quick. I just had to learn little things, what the bigs have to do, communication. We just have to communicate to the guards and tell them everything, what to do on defense. That was the hardest part, because I’m not used to talking as much in the defense because the bigs were talking. I have to get used to that, adjust to that.

I don’t think it’s my position, but you always can learn from things. I learned a lot of communication, how you play pick-and-roll, how hard it is for the big guys to do everything, like box out and get the rebound. … I don’t think it’s going to be my position going forward, but I’m definitely making the best out of it.”

The Nets, who are currently sitting on the 7th seed in the Eastern Conference, will be without Kyrie Irving, Kevin Durant, Spencer Dinwiddie, DeAndre Jordan, Wilson Chandler and Taurean Prince.

The hiatus didn’t even cracked Duncan Robinson a bit as he led the Miami Heat to a 104-98 win over Buddy Hield and the Sacramento Kings. Robinson waxed hot from deep as he made five triples on his way to a team-high 18 markers. Rookie shooting guard Tyler Herro came off the bench to contribute 15 points and 6 rebounds, while stretch center Kelly Olynyk produced 12 points, 6 boards and 4 assists.

Robinson set the tone early with his two straight three-pointers to start the game. Heat head coach Erik Spoelstra credited Robinson’s work ethic as what pushed his young player to be the same shooter that he was before the hiatus, as per Shandel Richardson of Sports Illustrated.

"He was relentless as you could anticipate he would be," Heat coach Erik Spoelstra  said. "When we shut everything down, he thought there would be still be a way to get into a gym and there wasn't. He was doing his own conditioning and keeping his body right until we were able to open up again ... He's an incredible worker."

Robinson is set on continuing what has been a breakout season. In just his second year, he broke the Heat's single-season record for 3-pointers.

Hield led the Kings in scoring with his 19 points off the bench, while Serbian big man Nemanja Bjelica chipped in 13 markers. DaQuan Jeffries had 12 points, and veteran swingman Kent Bazemore amassed 11 points and 4 rebounds.

The Kings played without top guys Harrison Barnes, De’Aaron Fox and Marvin Bagley III. Barnes is still recovering from testing positive for COVID-19 outside the bubble, while the speedy Fox is set to return from an ankle injury he sustained in last week’s team practice. Unfortunately, Bagley’s season has ended after suffering a foot injury that will keep him out of the season resumption.