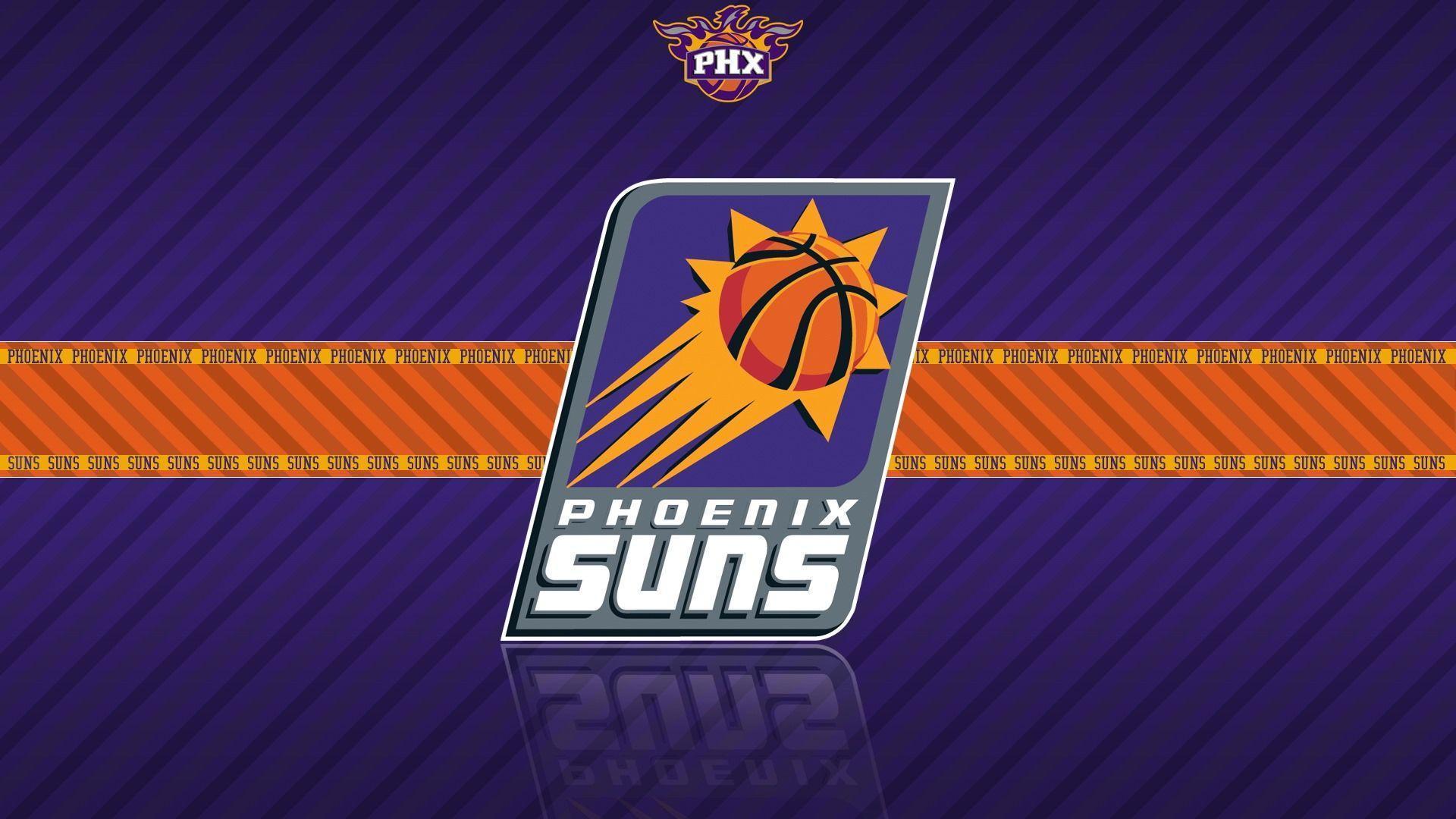 The Phoenix Suns still hold the best record early in the 2020-21 NBA season after extending their winning streak to three games. The Suns leaned on a balance attack and excellent defense to score a 106-95 win over the Utah Jazz on Thursday at the Vivint Smart Home Arena in Salt Lake City, Utah.

Devin Booker led the Suns again with 25 points on 10-for-17 shooting from the field to go along with seven assists and three rebounds. Jae Crowder and Mikal Bridges both had 16 points and six rebounds, while veteran point guard Chris Paul finished with 11 points and eight assists to go along with four rebounds.

The Suns also got a big lift from bench players Cameron Johnson and Cameron Payne, who both had 10 points. Suns head coach Monty Williams praised the effort of his team, particularly their performance on the defensive end of the floor after they limited the Jazz to just 95 points for the entire game.

"To hold a team like that to 95 points, 40 points in the first half, an 18-point quarter," Williams said of his team's performance via Arizona Sports. "Overall, the effort on defense was tremendous tonight."

Booker also had nothing but praises for his team's defensive effort against the Jazz. The All-Star guard is not known for his defense and is actually criticized most of the time for his effort on the other end of the floor. However, the high-scoring guard said that there is a conscious effort for him to do anything to help his team win.

"To win the game and do whatever it takes," Booker, whose team improved to 4-1 this season, said. "And that’s not just me on this team. I feel like everybody has that mentality and that’s why we’ve had early success and that’s why our practices have   been as competitive as they are. It looks good."

Donovan Mitchell led the Jazz with 23 points and six rebounds, but the All-Star guard was limited to just 9-for-23 from the field with three turnovers. Rudy Gobert had a double-double for the Jazz with 18 points and 14 rebounds, while starting point guard Mike Conley added 16 points and four assists for Utah, who failed to recover in the second half after getting outscored by 14 points in the second quarter.

"Teams have been coming out being aggressive and it’s taking us too long to react," Gobert said via ESPN. "We have all the weapons to counteract that, but tonight it took us too long to adjust again."

With the loss, the Jazz dropped to 2-2 in their first four games. They will look to bounce back when they host Kawhi Leonard and the Los Angeles Clippers on Friday in Salt Lake City.

Houston Rockets guard John Wall has not played for two years and it looks like the All-Star point guard did not miss a beat based on how he played on Thursday night. Wall helped the Rockets score a 122-119 victory over the Sacramento Kings at the Toyota Center in Houston.

Wall, who has not played in a regular season game since December 2018 after dealing with knee issues and a torn Achilles tendon, provided a much-needed support to Rockets superstar James Harden. The All-Star point guard finished with 22 points and nine assists to go along with six rebounds, a steal, and a block in 37 minutes. Wall said that he felt he was able to show that he is still one of the best point guards in the league today.

"It was great, man, just to get out there and have fun," Wall said of his performance in his first back after a long layoff via ESPN. "When I get between those four lines and once the ball touches my hands after the jump ball, I was fine. I was happy to be able to compete with some of the best guys in this league and [demonstrate] that I have the ability to be one of the best point guards in this league."

Harden was in his usual deadly form, finishing with 33 points to go along with eight assists and four rebounds. Christian Wood had another double-double performance with 21 points and 12 rebounds, while Danuel House added 11 points and five boards. Eric Gordon provided spark off the bench with 17 points for the Rockets, who almost let the Kings stole the win from them down the stretch.

The Kings pulled within a point, 118-117 with 22.4 seconds left to play in the game after rookie guard Tyrese Haliburton knocked down a three-pointer. However, Harden made his two free throws in the ensuing play, while the Kings failed to convert on two potential game-tying three-pointers to allow the Rockets to escape with the win.

"We were kind of in and out of the game throughout the game," said Rockets head coach Stephen Silas, who scored his first win in his young coaching career. "We had our highs and our lows but were keeping our composure and fighting back and dealing with adversity -- all of those things, we did tonight."

Harrison Barnes paced the Kings with 24 points and eight rebounds, while Richaun Holmes had a double-double with 22 points and 13 rebounds on top of two assists and two steals. De'Aaron Fox also had 22 points and six assists on top of five rebounds and four steals, while Buddy Hield posted 19 points and five dimes for the Kings. Haliburton and Cory Joseph ended up with 11 and nine points, respectively, off the bench.

With the loss, the Kings fell to 3-2 this season, while the Rockets, whose first game of the season against the Oklahoma City Thunder was cancelled due to lack of players because of the Covid-19 protocol, improved to 1-2. The Kings and the Rockets will go up against each other again on Saturday at the Toyota Center in Houston.

The Chicago Bulls are starting to find their groove after a poor start this season. The young Bulls squad, who are under a new-look front office and coaching staff, scored their first back-to-back wins of the season when they escaped with a 133-130 victory over the Washington Wizards on Thursday night at the Capital One Arena.

Otto Porter Jr. had a big game for the Bulls, as he started in his first game this season. Porter replaced Lauri Markkanen in the starting lineup because the Finnish forward was out due to health and safety protocols. The veteran forward did not disappoint, posting a double-double with 28 points and 12 rebounds.

Zach LaVine was also on target with 22 points to go along with seven assists and six rebounds, while starting point guard Coby White had his first double-double of the season with 16 points and 10 dimes. Wendell Carter Jr. also had 16 points to go with five rebounds, while Thaddeus Young and Daniel Gafford added 15 points each for Chicago off the bench, earning praises from Bulls head coach Billy Donovan.

"I give those guys a lot of credit. Those guys are good enough to start, but they've been total team guys," Donovan said, referring to Porter, Gafford, and Young. "When you bring those guys in and they keep themselves ready and focused and know what they have to do, when you can generate that kind of offense from the bench with those guys it certainly helps."

The Bulls looked headed to another late collapse as the Wizards took the lead from them halfway through the fourth quarter. Wizards guard Raul Neto waxed hot for Washington and gave them a five-point lead with 3:49 left to play in the game. However, LaVine and White made big plays on both end of the floor for Chicago, leading their team to a close win, which Gafford thinks is a huge step for them in terms of their development.

"We’ve come a long way from the first three games that we played," Gafford said. "We learned lessons on how to handle adversity. There were times in those games we played  and in the beginning when we lost that were times like, we just gave up basically. We mentally were checked out. We weren’t doing the things that we were doing in the games that we won. Adversity was a big thing with us."

Bradley Beal and Thomas Bryant each had 28 points for the Wizards, while Westbrook had another triple-double performance with 22 points, 11 assists, and 10 rebounds. Rui Hachimura added 17 points, while Neto ended up with 15 points, but their productions were not enough, as the Wizards remained winless in five games this season.