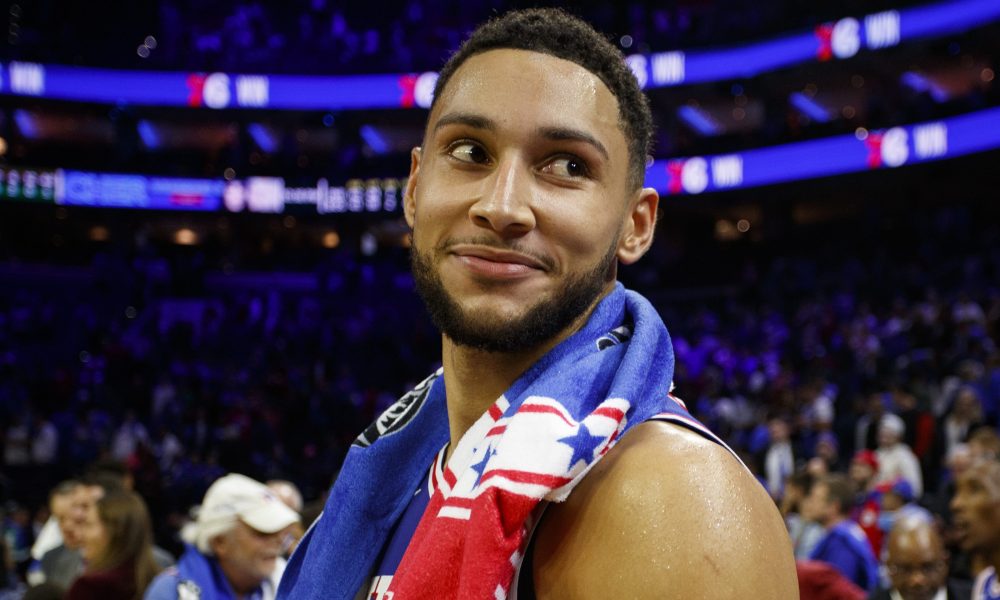 The Philadelphia 76ers showed why they are setting their sights on a championship this season as they soundly defeated the Boston Celtics, 107-93. Third-year point forward Ben Simmons topscored for the Sixers with 24 markers, and almost had himself a triple-double night as he also finished with eight rebounds and nine assists. But the 6-foot-10 Simmons didn’t have to do it all for his squad. Every Sixer starter scored in double-digits, displaying their depth in the win. Tobias Harris, who re-signed with Philly just this offseason, had an all-around game of 15 points, 15 rebounds, 4 assists and 2 steals. Superstar big man Joel Embiid also came up with a double-double performance of 15 points, 13 boards and 3 blocks. The Sixers’ newest acquisitions, Josh Richardson and Al Horford, produced 17 and 16 markers, respectively.

It wasn’t a perfect outing for the Sixers, who just made seven of their 29 tries from three-point territory. But Philly were able to control the rebounding department with a 62-41 advantage, while also winning the passing game with 24 total assists. Most importantly, the Sixers’ defense was outstanding the whole game. They held the Celtics to a measly 36% clip from the field, including a very low 26% from beyond the arc.

Still, it was Simmons who grabbed the most share of the spotlight. Harris wasn’t surprised with Simmons’ tremendous performance and unique skill set, per Paul Hudrick of NBC Sports Philadelphia.

“Who needs to be reminded? Not me. I see it every day. Honestly, for me the jumper, if  it’s there, it’s there. But he forces teams to really make a crowd every time he drives in the lane. That’s one of his best weapons on the floor, is forcing a crowd to come into the paint when he drives. Sometimes that’s equivalent to being a spacer on the floor. There’s going to be looks for him to get and knock down, and when he does get those opportunities, he’ll be able to show what he works on. Today you saw the impact he can make in the half court regardless of shooting a jumper or not.”

Gordon Hayward had a solid season debut as he topscored for Boston with 25 points and 5 boards. Jayson Tatum, another third-year forward who is expected to have a break-out year, produced a double-double outing of 21 points and 10 rebounds. However, the Celtics didn’t get much from Kemba Walker, their newest star pick-up. The All-Star point guard struggled mightily from the field, making just four of his 18 shots.

The Celtics will try to bounce back in their next assignment against the Toronto Raptors, while the Sixers visit Detroit to face Andre Drummond and the Pistons.

The Minnesota Timberwolves banked on a stellar all-around from All-Star center Karl Anthony-Towns as they overcome a 50-point performance from Kyrie Irving to beat the Brooklyn Nets, 127-126. Towns filled up the stat sheet with a team-high 36 points, 14 rebounds, 3 assists, 3 steals and 3 blocks. He was largely efficient from the floor, hitting 50% of his attempts and displaying his much-improved long-range shot with seven three-pointers in the win. Andrew Wiggins reinforced Towns as he contributed 21 markers, including a couple of clutch shots during the overtime period.

Towns has always had a shot from beyond the arc, but there were questions about its consistency in the past couple of years. But the star big man emphasized how he is diligently working on making his game more versatile, per James Herbert of CBS Sports.

"I've worked tremendously hard to be as versatile as possible. If they want to put a big guy on me, maybe I can use my quickness and my shooting ability from the 3- point line and drive him in. If I have a guy who's smaller than me, obviously I go abuse him in the post. It's just about utilizing what the game's giving you."

It was a grand debut for Irving, who didn’t just put up 50 points but also pulled down eight rebounds and dished out seven assists. The spitfire point guard scored from everywhere, including a string of difficult off-the-dribble jumpers he took over outstretched arms of the Wolves’ defenders. Irving had the chance to cap off his sensational Nets debut, but his mid-range jumper at the right elbow was just a bit long.

Nets young budding forward Caris LeVert also had an all-around night of 20 points, 5 boards, 4 assists and 3 steals, while new acquisition Taurean Prince came up with a double-double outing of 15 points and 11 rebounds. On Friday, the Nets will go up against their rival New York Knicks while the Timberwolves will try to continue their winning ways against Terry Rozier and the Charlotte Hornets.

The Miami Heat overcame the absence of star forward Jimmy Butler as they hacked out a 120-101 victory against Ja Morant and the Memphis Grizzlies. Defensive ace turned playmaker Justise Winslow showed why he is tapped to lead the team this year as he churned out 27 points, 7 rebounds and 7 assists. Rookie combo guard Kendrick Nunn had an outstanding debut, finishing with 24 points and 3 assists in the win. Veteran scoring point guard Goran Dragic came off the bench to contribute 19 markers, while Bam Adebayo amassed a double-double performance of 14 points and 11 rebounds.

Dragic, a regular starter for the most part of his career, says that he is willing to accept any role if it means giving the Heat a better opportunity to win, per Anthony Chiang of the Miami Herald.

“What do you think, it’s easy? It’s not. We’re all competitors. Everybody wants to play a lot of minutes. But at the end of the day, I’m professional. I need to do my job and what’s best for the team. I went through conversations with Spo and other players, and there comes a point in your career that you need to make those decisions and  accept it.”

The Slovenian lefty playmaker also came up with 3 rebounds, 3 assists and 2 blocks. It was also a show of character for the Heat, who missed the services of Jimmy Butler as the 30-year old All-Star was reportedly attending to the birth of his new child. The Heat also started out flat, trailing the young Grizzlies squad by six points at halftime. But the Heat used a strong defensive fourth quarter, limiting Memphis to just 17 total points.

Sophomore power forward Jaren Jackson Jr topscored for the Grizzlies with 17 points and 2 blocks, while Tyus Jones led the team’s second unit with 15 points and 7 assists. Ja Morant, the second overall selection in the recent draft, got his feet wet as he finished with 14 points and 4 assists. However, there is still plenty of work to do for the 6-foot-3 point guard as he also turned the ball over six times in the loss.

The Grizzlies’ next assignment will be Zach LaVine and the Chicago Bulls, while the Heat will go up against Giannis Antetokounmpo and the Milwaukee Bucks.