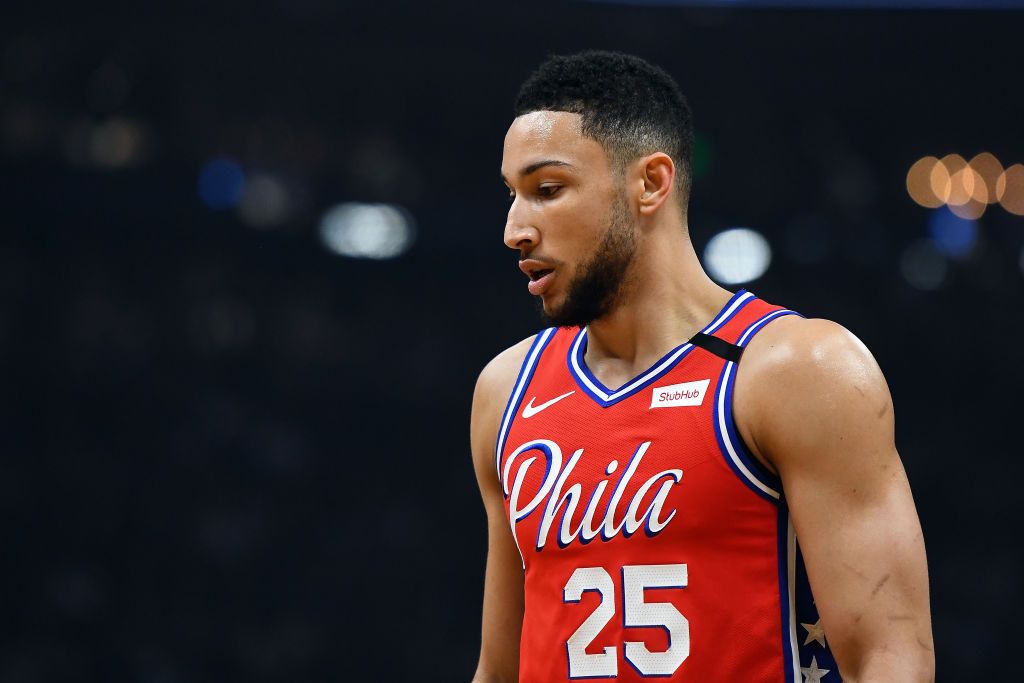 Despite playing without their injured star point forward Ben Simmons, the Philadelphia 76ers still hacked out a thrilling 112-104 overtime victory over the visiting Brooklyn Nets. All-Star center Joel Embiid showed off his full repertoire in the win, finishing with a game-high 39 points and added 16 rebounds, 2 assists, 2 steals and 2 blocks to his tally. Tobias Harris also pulled in a double-double performance of 22 points and 12 boards, while recently-acquired scoring swingman Alec Burks came off the bench to chip in 19 markers, including a couple of clutch shots in overtime.

Behind a strong second quarter when they limited Philadelphia to just 16 total points, the Nets carried a double-digit advantage after the first half. But the Sixers came out firing in the third quarter as they trimmed the deficit to just a single point entering the final frame. It would become a back-and-forth game in the fourth quarter, although it looked like the Nets would come away with the road victory. A Spencer Dinwiddie lob to a thunderous DeAndre Jordan dunk gave Brooklyn a 101-95 lead, but the team kind of faded away late in regulation.

Starting with an Embiid putback lay-up that cut the Nets’ advantage to four, the Sixers were able to tie the game up at 101. But Dinwiddie again displayed his excellent knack for clutch shots as he put his team up by two with an off-balanced, fadeaway jumper at the lane with only 30 seconds remaining on the clock. The Sixers answered by knotting the score at 103, and Embiid capped it off with a game-saving block on Wilson Chandler to force the extra period.

The overtime started with a Dinwiddie attempt at a transition lay-up where he was fouled by the chasing Embiid. The scoring point guard split his free throws to give the Nets a 104-103 lead, but that proved to be the squad’s last hurrah as they never scored again for the rest of the overtime period. Burks, the Sixers’ newly-acquired scorer, hit a eurostep and-one lay-up to put his team on top. He followed it up with a mid-range jumper off a good screen to give the Sixers a 110-104 lead and ultimately ice the win with over a minute remaining on the clock.

Sixers head coach Brett Brown singled out Embiid’s willingness to dominate the game on both ends of the floor as the main driving force of this morale-boosting victory, as per Kevin F. Love of SB Nation’s Liberty Ballers.

“He sure did [will the team to a win]…In the meantime it’s true. He was all over the place. Just defensively and offensively, he would say, “Give me the ball.” I thought the thing that might not go as noticed, as I see it, was his screen setting. He did a really good job of getting low, getting his shoulders lower than the defenders and forcing over…But Joel Embiid was our bell-ringer tonight for obvious reasons. He was dominant.”

Harris, who also dished out six assists and stole the ball twice tonight, credited Burks for providing the needed scoring punch and energy off the bench. Philly acquired Burks through a trade deadline deal with the Golden State Warriors. The team also nabbed athletic small forward Glenn Robinson III in that deal.

“He was big for us. He gives us another guy who can handle the ball and create his own shot. He has a really good mid-range game and great speed going downhill. He was able to make some huge plays for us, especially in the fourth quarter, and we just  fed off of his energy tonight. It was good to see him keep going in his second game and just get him out there with us. I think he’s going to be great for us.”

Young budding shooting guard Caris LeVert led the charge for Brooklyn with an all-around stat line of 25 points, 6 rebounds and 5 assists. Dinwiddie came through with his 22 points and 8 dimes, while veteran big man DeAndre Jordan came off the bench to rack up a double-double night of 14 points, 15 boards and 4 assists.

As for the Nets, this tough loss would further dampen their spirits. They are still reeling from the recent news that announced star point guard Kyrie Irving undergoing a season-ending surgery on his shoulder. Although the Nets are still positioned for the playoffs by sitting on the 7th seed in the Eastern Conference, the road will get tougher and bumpier without the presence of their superstar guard.

LeVert, who also struggled with his shooting as he only made 9 of his 29 total shots, emphasized that the team’s goal of reaching the playoffs has not changed despite the loss of Irving for the rest of the year.

“Obviously, we feel bad for him. He wants to be out here with us. That’s first and foremost. He definitely worked extremely hard to come back. It’s just a series of unfortunate things that happened with him. So, we just have a next-man-up mentality right now and try to finish out this season the right way. We all know we’re trying to get to the playoffs, so that’s in our sights right now.”

The Nets have now dropped to a 25-29 record this season. They will visit Charlotte to go up against the Hornets on Saturday before going back home to host Nikola Vucevic and the Orlando Magic on Monday.

Kings head coach Luke Walton deflected the credit to his players. Despite their playoff hopes already down the drain, Walton says that his team is still out there playing hard each game, as per the Associated Press.

“We were playing some pretty good basketball before we left, so to come out and see that our guys came back locked in ready to go to me shows how they’ve been all year long. They’re going to keep playing hard, they’re going to keep fighting, keep trying to get better.”

De’Anthony Melton came off the bench to lead the Grizzlies in the scoring column with 24 markers, including a solid 4-5 clip from beyond the arc. Prized rookie point guard Ja Morant finished with 19 points, although he coughed up the ball five times. Sophomore power forward Jaren Jackson Jr and back-up point guard Tyus Jones contributed 16 points apiece as the Grizzlies ended their two-game winning streak.

Memphis first year head coach Taylor Jenkins still had some positive takeaways from the loss, shining the spotlight on their reserves.

“It’s just one of those games where we couldn’t keep up with the runs until the fourth quarter. That’s where we came up with some big stops. We had great production from a lot of different guys off the bench to help us when we may have been struggling from  that starting group.”

Even with this disappointing loss, the Grizzlies are still 3.5 games ahead of the 9th-seeded Portland Trail Blazers for the last playoff spot in the Western Conference. However, the road gets really difficult for the Grizzlies from this point as they continue their current four-game road trip against the Lakers, the Clippers and the Rockets.