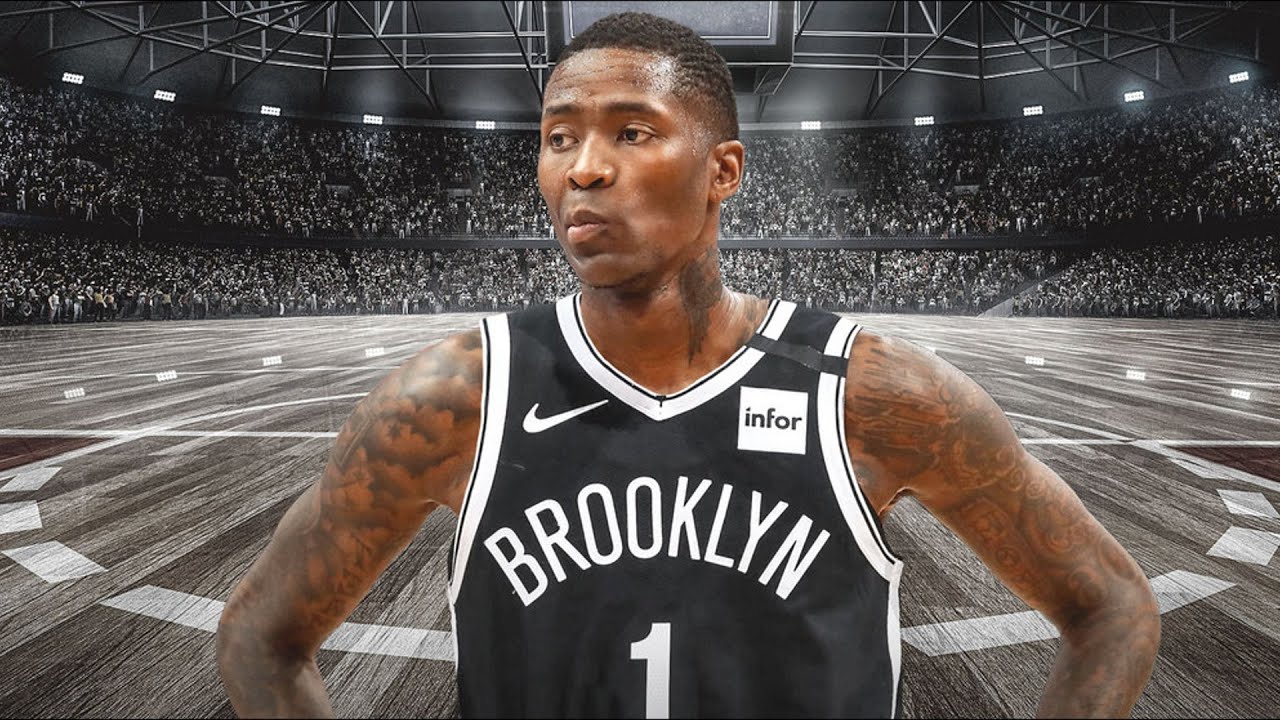 Crawford, three-time Sixth Man of the Year, lands in Brooklyn

Jamal Crawford has now found his new home in the NBA. After a year-long wait to be signed by a team, Crawford got his chance with the depleted Brooklyn Nets squad. ESPN’s Malika Andrews wrote a column on this very exciting development, especially for basketball fans who have been clamoring for teams to take notice of Crawford’s long-missed presence on the court.

Andrews also wrote that the Nets have signed another veteran in Justin Anderson, a replacement that could fill in for the absence of 3-and-D players like Taurean Prince and Wilson Chandler.

“When the Brooklyn Nets boarded their plane out of New York on Tuesday, there were only 12 healthy players on board. But reinforcements are coming. Jamal Crawford is  signing with the Nets for the remainder of the season, league sources told ESPN.

Crawford, 40, will fill one of the Nets' three vacant substitute roster spots. Crawford is eligible to be signed after Brooklyn had three players -- Spencer Dinwiddie, DeAndre Jordan and Taurean Prince -- test positive for the coronavirus.  All three have been ruled out for the season restart in Orlando, Florida. Wilson Chandler, citing familial obligations, also did not make the trip. The team signed forward Justin Anderson in his place.”

Having said that, Crawford’s return to the NBA is long overdue. Even with his age, the three-time Sixth Man of the Year awardee still has the elite ability of creating shots for himself and also for his teammates. You have to remember that Crawford’s last game in the league was a 51-point performance he put up for the Phoenix Suns last season. That is a spectacular feat that not even young 25-year-old players can do.

In an exclusive interview with Heavy.com’s Brandon ‘Scoop B’ Robinson, the veteran shooting guard said that he is not minding the fact that the Nets are not expected to create much noise in the season restart. Crawford reiterates that their youthful energy will be used to their advantage in these very unique circumstances at the Orlando bubble environment.

“I know that they’re young, they’re exciting, they’re a team that has that obviously but their vets, not all of them are playing down here in Orlando. But, they’re intriguing from the standpoint that they’re gonna be fun; now we’re going to be fun. I’m part of the team; we’re going to be fun now. Obviously everybody’s pumped for next year, the  future, the groundwork is already in place.

Keep pushing toward the Playoffs. I feel like our chances; a young healthy group full of energy. Obviously people on the outside aren’t expecting too much from us. And that’s cool. The game still has to be played. I’ll make sure to keep that in our minds and take it one game at a time. In this situation it kinda works in our favor, it’s kinda like an AAU game. We really get to lock in.”

The Nets will be Crawford’s ninth team in his very productive career. In an appearance on the Court Vision podcast hosted by former NBA point guard Jameer Nelson, Crawford admitted that the possibility of retiring next year is already on his mind. Vince Carter already hung up the sneakers after the Atlanta Hawks’ season was all over.

There is still hope that Crawford will don the NBA threads again next season, especially considering that he had a much-needed year-long rest from the daily grind of basketball. The spitfire gunner has compiled career averages of 14.6 points, 2.2 rebounds, 3.4 assists and 0.9 steals per contest.

Nets bring in another vet in the form of Beasley

The Brooklyn Nets are also announcing the arrival of lefty scoring power forward Michael Beasley. In a bid to further boost their depth with more veterans, Beasley comes in with experience and a proven scoring ability. It is worth noting that the Nets will be without their two main scorers in Kyrie Irving and Spencer Dinwiddie, while also missing the services of Kevin Durant, Wilson Chandler, DeAndre Jordan and Taurean Prince.

Beasley’s arrival should be warmly welcomed by this heavily-depleted Nets squad. He may not have turned out to be the star he was projected to be when he was picked 2ndoverall in the 2008 NBA Draft, but Beasley is still a multi-faceted scorer on the block. As per Tom Dowd of BROOKLYNNETS.COM, Nets head coach Jacque Vaughn expressed his excitement in having his offense bolstered by Beasley.

“Ability to score the basketball. At the end of the day we wanted this group to know that we’re here to win basketball games and to maximize this team. So Michael gives  us a chance to put the ball in his hands and he can score from multiple positions. He  can play multiple positions for us. Organizationally we will look at the best talent out there and he presented himself and we’ll definitely take advantage of his talents.”

Beasley last played for the Los Angeles Lakers last season, but found himself with no takers from the NBA this year. The 31-year old power forward has been quite the journeyman in the league, playing for seven different teams throughout his 11-year career. He spent only two seasons with the Miami Heat, and was shipped to the Minnesota Timberwolves in the same summer that LeBron James took his talents to South Beach.

With career averages of 12.4 points, 4.7 boards and 1.3 assists, you would know that Beasley has been a good scorer despite of his spiralling reputation in the league. That downfall is primarily due to the fact that he was not able to live up to the expectations, but there’s no denying that he could be a solid scoring punch off the bench for any team.

Crawford also has heaps of praises for Beasley, who he describes as “one of the more talented guys in the league.” (via Heavy.com)

“Beas, has always been one of the more talented guys in the league. You don’t need to run plays for him, get him the ball and he makes it happen. That’s the luxury of having a guy like that on the team; a guy that’s a dog, a guy who you could go to war with. We’ve always been playing, but we never played together, so for the immediate future, that’s still out in front.”

As for the Nets as a whole, participating in the Orlando bubble will provide their younger players with the opportunity to showcase their unique skill sets. Caris LeVert should be their main scorer now that Irving and Dinwiddie are sitting out. The 6-foot-6 swingman is averaging all-around numbers of 17.7 points, 4.1 rebounds and 4.1 assists this season.

There is also their big man Jarrett Allen, who was demoted to a bench role in the middle of the season. Reports have it that Durant and Kyrie wanted Jordan to start, and Vaughn made that move when he took over the team following the surprising ouster of Kenny Atkinson.

This is a golden opportunity for these young guns to show out, and that’s exactly what team general manager Sean Marks has in mind.

“I think we look at it like we currently have several young players on our team that are down here in Orlando participating. Those guys continue their development curve. We’re obviously here to compete. We’re obviously here to…as it stands now we’re in the playoffs, and the objective is to compete as well as we can while we’re down here. And then the players we bring in like I mentioned before, how they continue to help develop the young guys we have, the Jarrett Allens, the Caris LeVerts, Rodi Kurucs, Dzanan Musa, and the list goes on.

I think we’re always going to be evaluating players, how they will fit with not only with the group that we have now, but the group that’s expected to be part of this team next year and the year after that,” said Marks, “and who’s developed along the way and who’s ready to not only seize this opportunity down here to really get some good minutes but some minutes over the course of the last year.”

The Nets are holding on to the 7thseed in the Eastern Conference, sporting a precarious 30-34 record. They will be going up against the 8th-seeded Orlando Magic for their first assignment in the bubble.