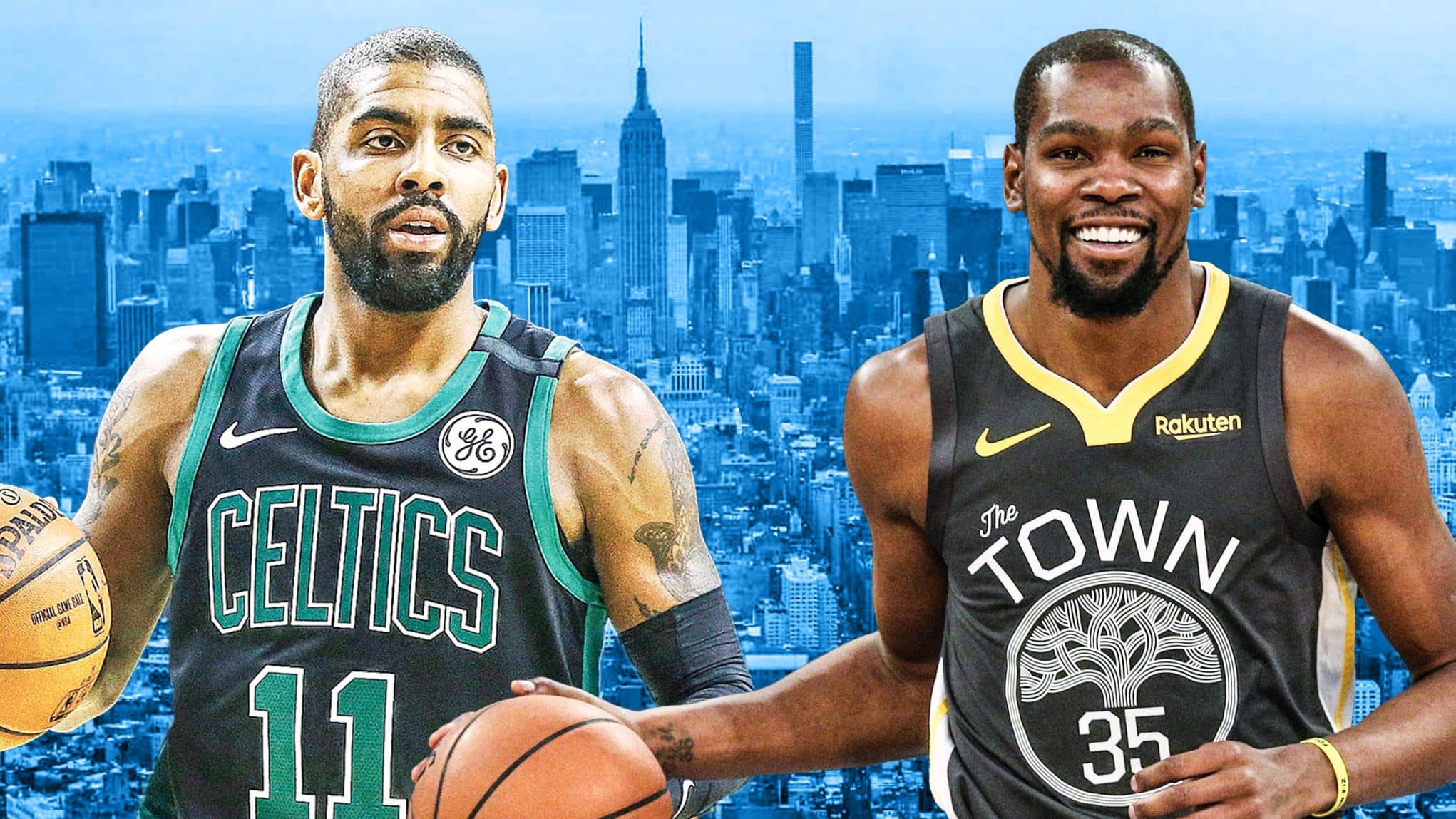 With the arrival of superstars Kevin Durant and Kyrie Irving, the Brooklyn Nets have officially become one of the biggest attractions in the NBA. KD and Kyrie are widely-known as close friends throughout their respective careers, leading to conclusions that both stars decided to join the Nets because of their close ties. However, Chris Mannix of the Sports Illustrated pointed to the opposite direction, saying that the winning culture that the Nets have successfully built in recent years is what enticed Durant to come to Brooklyn.

“Durant’s decision took longer. The Knicks were in play, though never to the all-but-  done-deal extent that had been reported. So, too, were the Warriors, who could offer a   five-year, $221 million contract—one year and $57 million more than Brooklyn could  pay. What Durant wanted was simple. A good team. A strong, supportive environment. The Nets checked all the boxes. Durant’s decision was never directly   tied to Irving’s, but the opportunity to play with his close friend certainly appealed to him.”

Of course, reports also have it that Durant and Irving remained in constant contact with each other throughout the free agency process. With Durant still recovering from a ruptured Achilles injury he sustained during the NBA Finals, Irving will have to carry the torch next season without the two-time Finals MVP. It is already a certainty that Durant will miss the entire season, but Irving will still have the likes of young budding stars Spencer Dinwiddie and Caris LeVert as second fiddles, along with a supporting cast that features quality role players like Jarrett Allen, DeAndre Jordan, and Joe Harris.

The fact that Durant will miss next season will also mean that he could just play two seasons with the Nets. Ethan Sears of the New York Post wrote that the Durant-Irving pairing could be a “short-lived” one for the Nets.

“The Nets have three years to keep Kevin Durant and Kyrie Irving.

Both players have player options for the fourth season of their respective        contracts, according to ESPN, meaning they can become free agents again in 2022. In essence, that means Durant is only guaranteed to play two seasons in Brooklyn,   as he’s not expected to play this season after suffering an Achilles tear in the NBA     Finals.”

Both stars could still opt in to their contracts in 2022, depending on how successful they will be in Brooklyn. It’s still unsure how Durant will come back from the Achilles injury, although his scoring game rely mostly on his shooting, not athleticism. While head coach Kenny Atkinson showed that he made the most out of his young roster last season, it remains to be seen how effective he will be in mentoring big stars like KD and Kyrie.

The Kawhi Leonard era has now ended in Toronto, but his leadership in bringing to the city its first NBA championship will never be forgotten. The Raptors were still in the running to land the two-way superstar this summer, but ultimately lost to the Los Angeles Clippers – a team that offered Kawhi the best path towards winning the championship, and the luxury of returning to his hometown.

Still, there are considerable what-ifs should Kawhi have stayed in Toronto. There were speculations that he would sign a short-term deal with the Raps to continue defending their championship. However, TSN’s Josh Lewenberg reports that the Raptors organization actually questioned if Kawhi’s camp was really serious during the negotiations, or if they are just in there for a courtesy call.

“That confidence began to waver after they met with Leonard and his uncle Dennis Robertson in Toronto last Wednesday, sources told TSN. That’s when they first questioned the intentions of Leonard’s camp.

Robertson has a reputation for being hard to deal with and would have been hands on throughout the process. According to sources, Leonard and his camp – namely  Uncle Dennis – asked for a lot from the Raptors in that meeting, things players don’t generally ask for in standard contract negotiations.

In some cases, they were asking for things that Ujiri – one of the most well- compensated executives in the league – wouldn’t have even had at his disposal. Their requests were “unreasonable”, a source said, which made the Raptors wonder whether Leonard was seriously considering them at all.”

Kawhi has hinted even right after he was traded to Toronto that he was planning to go back to his hometown in Los Angeles in hopes of finishing his career there. That mindset didn’t change much throughout the season, but Kawhi obviously considered staying after the Raptors won the coveted championship.

Moreover, the Raptors’ aging roster will have a difficult time keeping up with the best teams of the league even if Kawhi re-signed for the next season. Kyle Lowry and Marc Gasol have been declining in performance because of their age, although young combo forward Pascal Siakam has shown that he could be a future franchise player. With the Clippers trading for Paul George and retaining key players like Patrick Beverley. Lou Williams and Montrezl Harrell, Kawhi’s decision to bolt for LA was the obvious choice.

AD and Rondo instrumental in Cousins’ decision to join Lakers

We will witness a reunion of sorts in the Lakers camp next season as versatile center DeMarcus Cousins is set to join his former teammates Anthony Davis and Rajon Rondo in Los Angeles. Cousins, Davis, and Rondo formed quite a connection during their short time together with the New Orleans Pelicans, but their chemistry was cut short when Cousins went down with an Achilles injury.

In an interview with Chris Geeter McGee of Spectrum Sportsnet, Cousins revealed that Davis and Rondo joined LeBron James in recruiting him to come play for the Lakers.

“AD, Rondo, and LeBron all kinda threw a pitch in there to get me here. I really talked a lot with Rondo. They basically kidnapped me and made me come here. But, those are two really good friends of mine, and obviously, we’ve had a chance to play and be teammates previously before this. We enjoyed our time together as teammates. We’ve always talked about teaming back up and the opportunity presented itself.”

Despite playing limited minutes for the Golden State Warriors last season, Cousins still racked up all-around numbers of 16.3 points, 8.2 rebounds, 3.6 assists, 1.3 steals and 1.5 blocks per game. Reports also say that the quad injury he suffered during the early part of the playoffs is now completely healed, carving out a path for him to start training camp with the Lakers in the right foot.