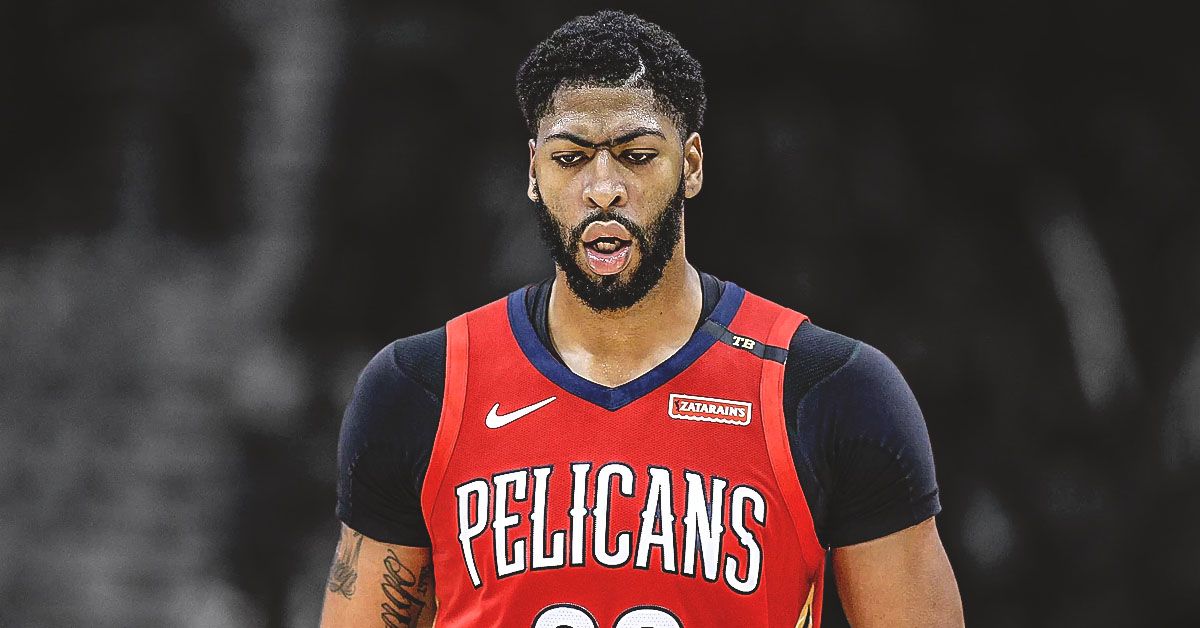 Potential Davis-Celtics partnership could be for the long run

Anthony Davis and his camp have been adamant in demanding the New Orleans Pelicans front office for a trade before the trade deadline last February. Nothing concrete materialized but two teams have been mentioned as the most possible destinations for the talented big man: the Los Angeles Lakers and the Boston Celtics. As there are a lot of indications that the Pelicans aren’t keen on reaching a deal with the Lakers, the Celtics have become the frontrunners for the services of AD. A trade wasn’t possible this season because of the restriction that prohibits two players under “Rose Rule” contracts to play on the same team, but with Kyrie Irving getting a new contract in the summer, pairing him with Davis is already possible.

However, Davis will also become an unrestricted free agent in the summer of 2020 – one of the many factors why Celtics general manager Danny Ainge and the rest of the Boston top brass are understandably hesitating on making a move for the All-Star center. Trading for Davis will definitely require big sacrifices on the part of the Celtics, possibly a deal centering around Jayson Tatum, Jaylen Brown and even Al Horford to match salaries. If Davis opts to walk away from the team in 2020, Boston will be left with almost nothing, a direct contrast of the optimism and high expectations that the powerhouse squad had before this season began.

With that said, Davis’ decision to possibly re-sign with Boston in 2020 greatly hinges on whether Kyrie stays with the green-and-white or not. But David Aldridge of The Athletic says that there are people around the league who believe that Davis could still stay with the Celtics even if Kyrie signs with another team this summer.

“Irving seems like a man who can’t wait to bounce, after walking back his statement in October that he planned to sign a long-term deal with Boston this summer. I’ve   heard that Davis wouldn’t completely rule out staying with the Celtics without Irving, but the odds of him re-upping in that scenario are significantly lower.”

Still, the chances of that happening should be below the 50-50 mark. Without Kyrie and the young budding stars involved in the potential AD trade, the Celtics will be left with a post-injury Gordon Hayward, role players and maybe one of their young guns – possibly Terry Rozier as there’s no sense that Pelicans will want him because they already have a stable point guard in Jrue Holiday. A long shot for the Celtics would be to entice Davis with a strong belief that the team can sign another max free agent in 2020, a class that includes Warriors’ Draymond Green and Raptors’ Kyle Lowry, and big names who have player options like Spurs’ DeMar DeRozan and Grizzlies’ Mike Conley.

Knicks could pursue Kemba over Kyrie in free agency

Playing the Kyrie sweepstakes this summer could be more difficult than teams are imagining it to be, as plenty of teams will come hard at the All-Star point guard’s championship caliber skillset. The Knicks would definitely be one of those interested teams, but SNY’s Ian Begley believes that Kyrie isn’t the only All-Star point guard they are after in the offseason.

“If it’s Irving, New York will have enough room to offer him a four-year, $141 million max contract. Irving will have other suitors, including the Los Angeles Lakers. Some opposing executives also think Irving will strongly consider the Brooklyn Nets. So even if Irving decides to leave Boston, the Knicks will have competition for him.

It’s also worth noting here that some in the Knicks organization are high on fellow free agent point guard Kemba Walker, sources say. But that probably doesn’t matter if Durant tells the Knicks that he’ll sign with them, and that he wants to play with Irving.”

The Charlotte Hornets long-tenured star playmaker will be one of the many superstars in this year’s free agency class. While there is still a possibility that Kemba will re-sign with the Hornets, greater chances are that the 29-year old scoring machine will jump ship and join a more talented team in hopes of contending for the Larry O’Brien trophy.

Kemba is coming off a brilliant individual performance this season, netting a career-high in points with 25.6 per game, on top of 5.9 assists and 4.4 rebounds. He has been one of the most dangerous scoring point guards we have in the league, but Charlotte’s failure to surround him with a strong supporting cast has doomed his chances for making a deep playoff run during his eight-year stint in the NBA.

The Toronto Raptors’ big gamble on trading star scorer DeMar DeRozan for a one-year rental of two-way scorer Kawhi Leonard may be paying off after all. Toronto’s team success all season long could be their greatest pitch to the two-time Defensive Player of the Year as ESPN’s Adrian Wojnarowski reports that Leonard is now seriously considering re-signing with the Raptors.

"Kawhi Leonard just felt all along, it was going to take the full year to sell him on Toronto. It wasn't going to be done in training camp or by Christmas or by the trade deadline. But I do think they've made progress with him. I do think they've made pretty good progress with him from the sense I have. They put themselves in it. And when Kawhi showed up there, I'm not sure he imagined any future in Toronto. I do  think it's a serious consideration now."

Kawhi has been on an absolute tear this postseason, leading the Raptors on the verge of another Eastern Conference Finals appearance. He just trails Kevin Durant in scoring this postseason as he is posting 31.0 points per contest, on top of 8.5 rebounds and 3.6 assists. The Los Angeles Clippers have long been the leading candidate to land Leonard, as it will give the 27-year old star the opportunity to go back to his hometown, enjoy the comforts of LA, and also play under a seasoned coach in Doc Rivers.

Of course, the Raptors can’t pitch those luxuries to Leonard. Among the teams in the league, Toronto is probably the most uncomfortable place to play in because it’s outside the US and the weather there could get very ugly. That’s why Wojnarowski also chimed in that the Raps top brass has only one important factor to sell to the 2014 Finals MVP: winning.

"Toronto is selling winning on him. They can't sell geography to him, I don't think. I  don't think they can sell weather on him. There's nothing they can do about that. When you have that kind of organization, you sell winning."

That’s what the Raptors are doing this season. They acquired a three-time All-Star in Marc Gasol before the trade deadline, and haven’t shown any hesitance in spending a lot of money just to win. Toronto will have the core of Gasol, long-tenured point guard Kyle Lowry and budding superstar Pascal Siakam until at least 2020, and the performance of first-year head tactician Nick Nurse this season is an obvious indication that he will be an excellent coach in this league.

Team owner Mark Cuban and the Dallas Mavericks will surely go after some big names in the stacked free agency class this summer, but one mid-tier player has interestingly popped up on their radar. Patrick Beverley, the Clippers feisty defensive point guard, is one of the names being added to the Mavs’ priority list, per Marc Stein of The New York Times.

Stein appeared on the Ben and Skin show and reported that the Dallas top brass had “internal discussions” on possibly recruiting Beverley to the squad. Earlier reports say that the Mavericks will pursue top-tier free agents like Kemba Walker, Khris Middleton and Nikola Vucevic, but it also doesn’t mean that they aren’t keeping tabs of quality role players and borderline stars.

Beverley’s season averages of 7.6 points, 5.0 rebounds and 3.8 assists per game won’t really excite people, but his ability to defend multiple positions and the grit-and-grind attitude he could bring to the table would absolutely help the culture and character of the team. Beverley doesn’t need the ball in his hands to be effective, a good attribute for a potential partner to Luka Doncic’s playmaking brilliance, and he can also shoot the three-pointer well, having averaged a stellar 40% clip from deep this season.