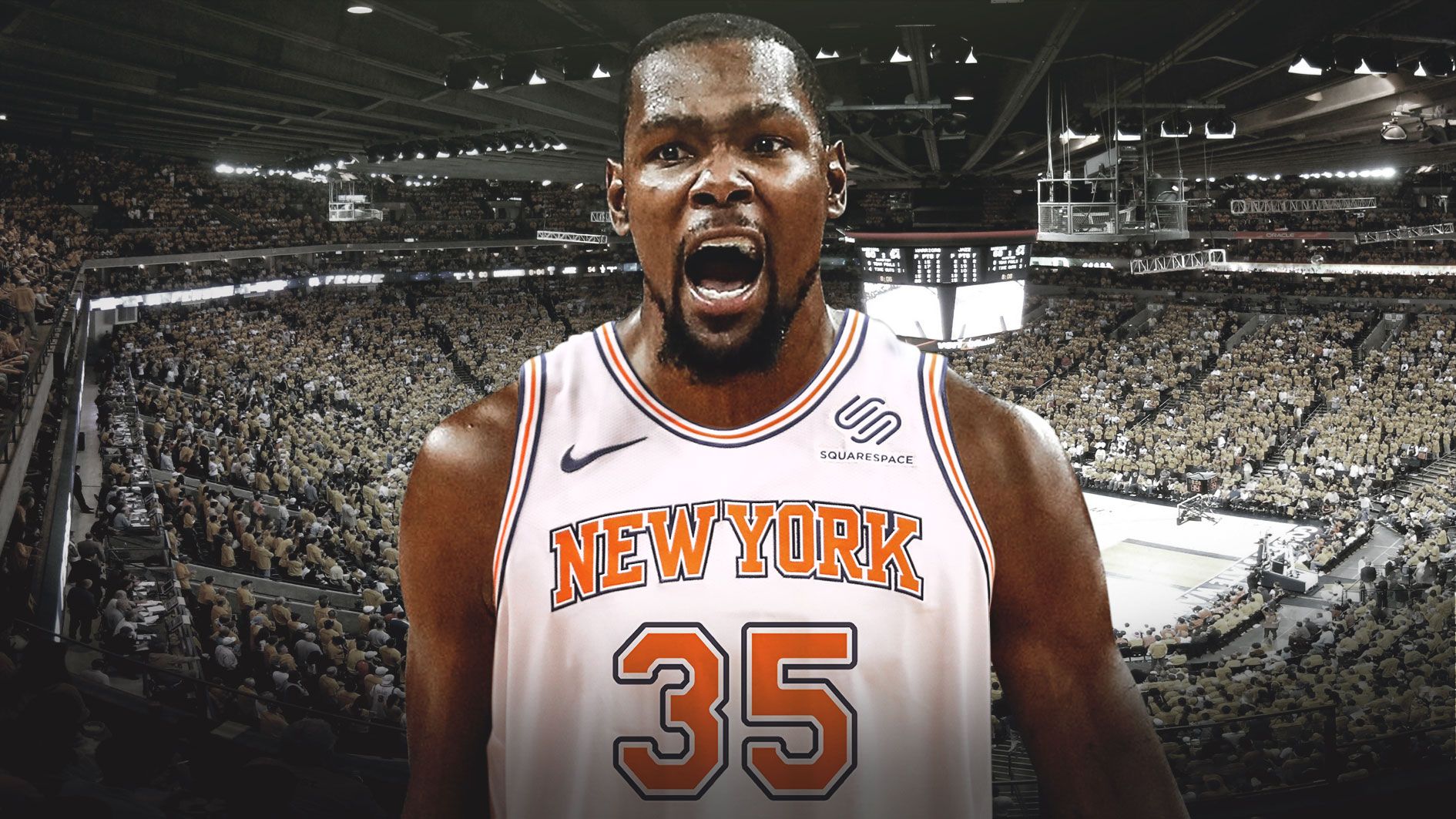 It looks like the lights in New York will be extra brighter next year as Golden State Warriors superstar Kevin Durant is reportedly planning to sign with the Knicks when he enters unrestricted free agency this summer. One of the most skilled scorers in NBA history, the 30-year old forward will headline a stacked 2019 free agency class, a group of superstars that could change the power shift in the league.

ESPN’s Ian Begley reported that even Durant’s former and current teammates believe that after this season ends, the Knicks will have the transcendent All-Star in their camp.

"Some of Durant's former teammates think it's going to happen, per ESPN sources. Several of his current teammates have told friends that they think it's going to happen, sources said. Opposing agents believe it's a fait accompli: ‘Just a matter of  putting pen to paper,’ is how one agent of another top free agent in the 2019 free agent class put it."

Aside from his teammates, executives and coaches around the league also believe that Durant is going to wear the blue-and-orange threads next year. KD, who is averaging 26.0 points, 6.4 rebounds and 5.9 assists this season, is leading the way for the Warriors as they face James Harden and the Houston Rockets in the second round of the postseason.

If we look at this report in a bigger perspective, Durant going to New York is not as absurd as it sounds. Begley even quoted an executive in the Western Conference, saying that, “New York probably has the best tools in the toolshed” this offseason. With a 17-65 regular season record, the Knicks have the highest chance to land the No.1 pick in this year’s draft – a golden opportunity to nab Duke’s Zion Williamson.

On top of that, the Knicks have cleared their cap space in a bid to land two max free agents in the summer, a prelude to rumors that Boston Celtics star point guard Kyrie Irving may be heading to New York as well.

After trading away a couple of their starters in a bid to clear out salary cap space, the Los Angeles Clippers have become one of the most surprisingly good contenders in the Western Conference. Despite not having a true superstar on their roster, they pushed the Warriors to a six-game series in the opening round of the playoffs. Reports also recently surfaced the Clippers front office reached out to the Boston Celtics to inquire about the trade availability of Kyrie Irving, per Shams Charania of The Athletic.

“Sources say Boston ownership and senior leadership in Ainge and coach Brad   Stevens agreed before the trade deadline that the team was moving forward with the current roster — which owners believed was ready for a title run — and not to make  moves that would impact the roster’s chances of competing in the East, such as listening to offers for Irving. The Celtics’ leaders believed the team was built for a title. The Clippers made a preliminary call to Boston on Irving prior to the Harris  trade to Philadelphia, league sources said. A quick no was given.”

For the Celtics, not biting on any trade offers for Kyrie has panned out quite nice for the squad. After some conflicts with his teammates, the 2016 champion point guard has been learning the ropes of leadership, racking up double-double productions of points and assists each and every night. It’s also unsure of how great an offer the Clippers have in mind, probably a deal that would involve Harris’ expiring contract.

On the other hand, the Clippers don’t really have much to gain from Kyrie beyond this season. They would have to move more valuable pieces to Boston aside from Harris. Trading away their budding young rookie playmaker Shai Gilgeous-Alexander would be a head-scratcher, especially with the uncertainty that Kyrie’s expiring contract brings to the table.

The Kyrie-PG13 trade that fell through

What would have happened if Paul George was moved to the Cleveland Cavaliers in 2017? Would he co-star with LeBron James in bringing another championship to Ohio? Joe Vardon of The Athletic reports that the Cavaliers were actually close to moving Kyrie to Indiana in exchange for George. However, there was one hump in the road – then Cavs GM David Griffin’s expiring contract.

“In June 2017, suspecting that Irving wanted out of Cleveland, Griffin had the framework of a deal done that not only would have brought Paul George to Cleveland   from Indiana, but additional pieces from at least one other team in exchange for  Irving and other Cavs.

But Griffin wanted to talk to Irving and his agent, Jeff Wechsler, before making the  trade, and Irving’s camp wouldn’t take the meeting until Griffin had a new contract    from the Cavs. When Griffin’s deal expired and he couldn’t come to an agreement  with Gilbert, the deal he’d outlined for Irving died.”

We all know what happened after that potential trade fell through. Irving was then shipped to Boston instead, bringing Isaiah Thomas and Jae Crowder to Cleveland. Thomas and Crowder were then traded in separate deals midway through that season. That year ended in disappointment as the Cavaliers failed again to beat the Warriors in the Finals, leading to the departure of James.

Still, it would have been great to witness the partnership of George and James, a dynamic duo that we all expected to see in Los Angeles.

The Orlando Magic ended their playoff-drought this season through the brilliance of new head coach Steve Clifford and All-Star center Nikola Vucevic. With Vucevic entering unrestricted free agency in the offseason, the Magic President of Basketball Operations Jeff Weltman emphasizes that re-signing the sweet-shooting big man will be the topmost priority of the team this summer.

"Bringing Vooch back is a priority. That being said, Vooch is going to have a lot of  teams who will make him a priority for them, too. We will meet with his  representatives at the appropriate time. Hopefully we can get something done. It's the NBA, and I always say there's a lot of real estate between the intentions and what  gets done."

Vucevic posted career-highs of 20.8 points, 12.0 rebounds and 3.8 assists per game for Orlando this season, earning him the first All-Star berth of his career. The Magic won their first playoff game after several years of misery, a close-call 104-101 victory in Game 1 of their first-round series against the Toronto Raptors. However, they bounced out of the postseason after losing the next four games, as Vucevic struggled to put up his usual numbers. The Montenegrin stretch big man only averaged 11.2 points in the series.

It’s also worth noting that Vucevic is yet to make up his mind on which team he would sign in July.

"Obviously I've had a great seven years here, but at the same time, we'll see what    happens. It's a mutual decision, and it's not just me. They have to decide what they want to do. Based on that, we'll go from there. I wish I knew what would happen.  I wish I had a contract in hand. It would be all over right now."

While re-signing with the Magic could be the highest in his list, the 28-year old center will attract the attention of many contending teams needing a solid big man who can shoot from the perimeter and rebound in a high-rate.