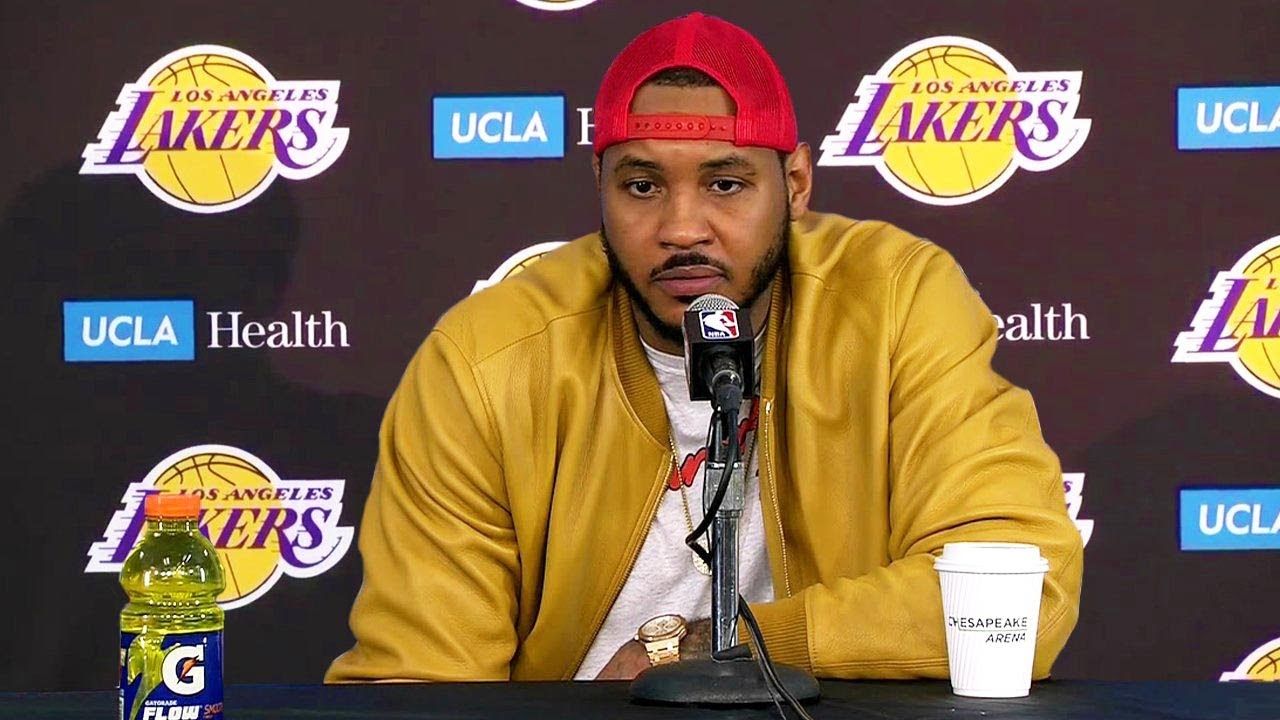 The 34-year old Anthony has played a grand total of 10 games for the Houston Rockets this season. While he won’t be coming back to his vintage All-Star form, Melo is still a potent scorer especially in today’s pace-and-space style of basketball. The Los Angeles Lakers front office knows how Anthony could help him, prompting them to pursue the free agent.

However, ESPN’s Adrian Wojnarowski recently reported that both camps have discontinued their contract talks.

“The Lakers had been leaning toward signing Anthony for the rest of the season -- until losses in four of the past five games left the organization and Anthony's camp wondering if it made sense to bring the veteran into an unsettled environment with  suddenly so little chance of making the playoffs, league sources said.”

With another recent defeat at the hands of the Denver Nugggets, the Lakers have now lost four consecutive games and six of their last seven assignments. Sporting a paltry 30-35 record, they are now 6.5 games behind the last playoff spot in the Western Conference. To make matters worse, they are facing injuries to key players Brandon Ingram, Lonzo Ball, and Kyle Kuzma.

Anthony averaged 13.4 points and 5.4 rebounds per game during his short stint with the Rockets.

As the Lakers’ season is now appearing to go down the drain, LeBron James took the time to voice out his support to head coach Luke Walton, per Matthew Moreno of the Lakers Nation.

"One thing that's been consistent is the voice of our head coach. Throughout all the  injuries, he's been the one that's remained the same and consistent throughout the whole year."

Could this mean that the transcendent superstar is finally in approval of his young head coach? While many pundits say that Walton is actually a good coach, he may not be the right leader for this version of the Lakeshow. Furthermore, Marc Stein of the New York Times reported that league executives believe that Walton will be dismissed at the end of the season.

“The prevailing assumption in league coaching circles remains that Walton will almost certainly be dismissed after the season, followed by the Lakers resuming  their trade quest for Davis. But denying Walton an opportunity to at finish out a season wrought with drama and distraction since James’s first dribble in purple and gold would be cruel and needless.”

LeBron’s support of Walton may not arguably sway the higher possibility that the Lakers front office will be on the lookout for a more experienced mentor. There are a handful of seasoned coaches available on the market with big names such as Jeff Van Gundy, Marc Jackson, or even Duke head coach Mike Krzyzewski.

It appears that the Bogut-Warriors reunion was not set in stone. Marcus Thompson II of The Athletic reported that the defending champs were more interested in getting a solid perimeter player through the buyout market.

While it could be argued that going to the Bay Area should give them the greatest chance to win a championship, Matthews, Lin and Ellington could have opted to perform better roles so they could raise their stock when they become unrestricted free agents in the summer. All three wing veterans signed with contending teams in the East, with the Indiana Pacers nabbing Matthews to replace the injured Victor Oladipo, the Toronto Raptors snatching Lin to fill in for the sidelined Fred VanVleet, and the Detroit Pistons getting Ellington to give Blake Griffin another solid shooter to space the floor.

Recent injuries to Klay Thompson, Andre Iguodala and Shaun Livingston have forced the Warriors to look for a veteran wing player to serve as insurance in case an injury bug hit them in the playoffs. The two of their most-used perimeter second unit players last season – Patrick McCaw and Nick Young – aren’t with the team anymore so the team has been fielding in less experienced young players like Alfonzo McKinnie, Damion Lee and Quinn Cook.

Suns will make ‘strong push’ to signing Rozier in the offseason

In dire need of a capable point guard to partner with star shooting guard Devin Booker and prized rookie center Deandre Ayton, the Phoenix Suns have been one of the most aggressive suitors for the services of Boston Celtics back-up combo guard Terry Rozier. In fact, Kevin O’Connor of The Ringer recently reported that the Suns offered a trade deal for Rozier before the February trade deadline.

“Rozier will also be a restricted free agent, with Phoenix considered by league sources as a team likely to make a strong push for the point guard. The Suns offered a protected first-round pick for Rozier before the season, but Boston demanded an unprotected first, per league sources. Were Irving to leave, Rozier would be his  logical replacement in the starting lineup.”

Serving primarily as back-up for Celtics All-Star point guard Kyrie Irving, Rozier is averaging 8.9 points, 4.1 rebounds and 3.1 assists in just 23 minutes per game this season. Let’s not forget though that he also posted impressive numbers during the team’s strong postseason push without Irving and Gordon Hayward last year, finishing with a stat line of 16.5 points, 5.7 assists and 5.3 rebounds per game.

Rozier will be a restricted free agent in the summer, and the Celtics will definitely have a difficult decision to make. The 24-year old guard will garner an abundance of interest, and it’s safe to assume that the Suns are not the only team keeping tabs on him.

Should the Cavaliers gauge Clarkson’s trade value in the offseason?

The Cleveland Cavaliers will be undergoing a rebuilding process for the next few years, and it’s expected that they will be making some roster deals to move pieces around and get younger projects and more draft picks. All-Star forward Kevin Love has long been deemed as the Cavs’ most tradable asset, but Jordan Clarkson’s recent brilliant play has put enough value on him to also be a trade asset for the team, per Chris Fedor of the Cleveland.com.

“Given his age, talent level, experience and contract, he will be one of the team’s most valuable trade chips. Next year, the Cavs will have to determine if the value they can return for him in a trade outweighs what he brings on the court. They will also have to figure out if he’s the kind of player worth committing to for the long haul, as the Lakers immediately had buyer’s remorse after giving him a lucrative contract.”

“If the Cavs find the right deal, they will move him before he becomes an unrestricted free agent. If they were to re-sign him prior to the season, as you suggest, the Cavs would lose a trade asset.”

Clarkson, 26, is norming a career-high of 16.9 points per game this season, on top of 3.4 rebounds and 2.4 assists. He has assumed the role of main scorer in lieu of Love’s absence, and even put up a career-high 42-point outing in a loss against the Brooklyn Nets. There’s no doubt that Clarkson’s ability to score and create plays for his teammates will be valuable for any team.