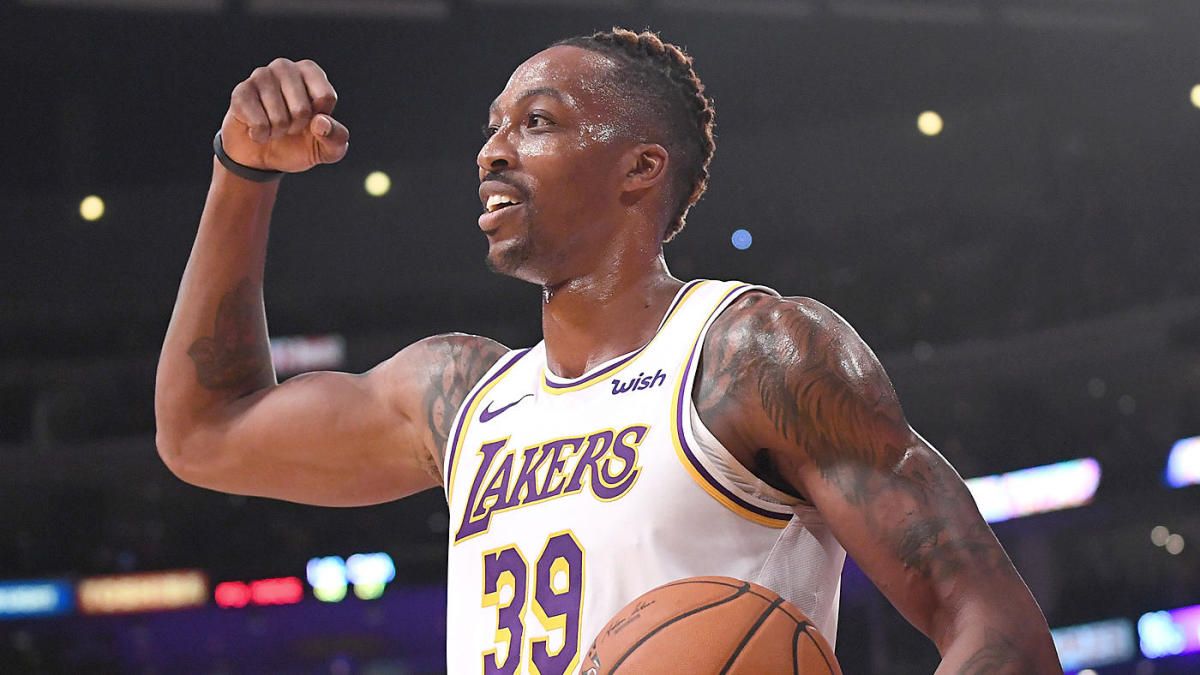 When the Los Angeles Lakers coaching staff made it known last season that they will be deploying a traditional two-big frontcourt line-up, there were doubts if they could hold on to that plan all year long. The NBA has switched into a small-ball type of game up to the point that the Houston Rockets are not even playing a center on their rotation.

But with their new superstar Anthony Davis stating that he wants to go back to his natural power forward position, the Lakers made the decision to heed that request. They succeeded in acquiring DeMarcus Cousins, a versatile two-way star who has been hounded by injuries in the past couple of seasons. But Cousins sustained a Torn ACL injury in the offseason, forcing the Lakers to look into the polarizing, eight-time All-Star Dwight Howard.

It was a risk that presented tons of rewards, and Howard proved that he got what it takes to be disciplined and work within the role assigned to him. The 34-year old center has been a very solid back-up, producing 7.5 points, 7.4 rebounds and 1.2 blocks in just 19.2 minutes per contest. We haven’t seen Howard this efficient and this locked-in in years, and he has been a valuable component of the Lakers’ run to the top of the Western Conference.

With the expectation that Cousins cannot return at any point of the season, the Lakers waived his contract to bring in another quality role player to help them in their current campaign. It was the right move, although Cousins is still seen joining his teammates in events and games. There is still hope that the Cousins will come back to the Lakers’ camp, but people within the league now expects that the team will be more inclined on re-signing Howard.

ESPN’s Brian Windhorst, during a recent episode of his The Hoop Collective Podcast, emphasized that Cousins will have a hard time negotiating for a good contract in the offseason. Cousins barely played for the Warriors last season, and he is yet to log in a single minute this year. Here is Windhorst’s statement on Cousins’ offseason (h/t TalkBasket.net):

“I don’t think DeMarcus Cousins is looking at a make good contract, even if it’s more than a minimum. I think that after a series of injuries he’s had, all of which indicates that he’s coming back too fast, doing too much, he needs even more time of coming back from this. He’s gonna have a job in the league, but I don’t think it’s gonna be a big money.”

With that said, focusing on Howard indeed makes more sense for the Lakers. He has been an intimidating frontcourt presence on both ends of the floor, and his teammates have plenty of positive things to say about him. Kyle Kuzma, the Lakers young budding forward who is pegged to be the team’s third star, looks up to Howard as his veteran voice. Kuzma says that the vet big always has a team-first approach to the game, as per Harrison Faigen of Silver Screen and Roll.

“I think a lot of times in the league you get M.O.’s about you. People said he was a  bad teammate... but he’s been an amazing teammate. Always team-first. Looking to help guys, pull guys aside. He doesn’t really care about himself, he has no ego. It’s very rare, especially for someone like him, probably a future Hall-of-Famer, (with all he) has done in his career, but he’s been amazing.”

Howard’s per-36 minutes averages of 14.1 points, 13.8 boards and 2.3 blocks are spectacular. It is a great indicator of how efficient he has been for the Lakers, and how the team has been a great influence for him. Howard emphasized that winning the championship is the everyday mantra of the team, a group of people where everyone is hungry to win.

“We’ve got a team full of guys that can play basketball and that’s hungry for a championship, and when everybody is hungry, get out the way. We believe in each and every one of our teammates, and we love what everybody is bringing to this team. Everybody on this team provides something that we all need for us to win, and it’s a beautiful feeling to have that.”

As for Cousins, it remains to be seen how healthy he will be when the season resumes. Due to the NBA’s decision to suspend the games, the earliest optimistic prediction of the season resumption will be until June or July. The coronavirus infection rate in America is still increasing, and we are unsure when it will reach its peak.

Lakers Nation’s Trevor Lane brought upon the table the possibility that Cousins can come back to the Lakers this season. Lane argued that playing quality minutes for the Lakers will give Cousins the golden opportunity to prove to the league that he is healthy enough to be a starting-caliber big man for any team.

“However, perhaps that dynamic would change if — instead of a return near the end of the 2020 NBA playoffs — Cousins could jump back into the mix before they even started. As a free agent, it could serve him well to get a few games under his belt, particularly if he feels like he can compete at a level anywhere near his All-Star seasons.”

Of course, a healthy Cousins is not a surefire consistent rotation piece for the Lakers. Howard and JaVale McGee are already doing well in their respective roles, so it will be hard for Cousins to crack the rotation unless either one of those aforementioned names unfortunately gets injured.

It is a roller coaster ride of a season for veteran swingman Maurice Harkless. After playing 50 games for elite championship contenders Los Angeles Clippers, Harkless saw himself being traded to the New York Knicks. It is understandably a dampening situation for the vet as he could have gotten the golden chance to chase a coveted championship with the Clippers.

The Knicks are still on the rebuilding stage and it may be a few years before they can seriously contend in the Eastern Conference. However, Harkless has been a positive light for them since his arrival. As per SNY’s Ian Begley, Knicks head coach Mike Miller is high on the vet’s versatility on both offense and defense.

"As we've had a chance to have Mo with us more and it's been more game situations than practices, and really seeing a guy in the practice gym, he does a lot of things. People use the term versatility a lot but when I watch the games, and then I go back and I watch in on video again, I see more things that he did that maybe I didn't even notice. He's had an impact on our team. Some of it has even been subtle. You have to watch it (closely) to see, 'That's how that happened.' He made a cut that created that pass and that shot. Or, 'He started it with his defense.' He's been doing a lot of things for us."

Even though Harkless is still relatively young at 26, he has packed tons of playoff games under his belt. His defense has always been his trump card, but he has also grown into a decent shooter from the three-point line. His versatility and veteran voice will be welcomed by a Knicks squad full of young and inexperienced talent.

Harkless’ multi-year contract is set to expire after this season. However, it seems like he will be staying under the bright lights of New York for the years to come. Marc Berman of the New York Post reported that the Knicks front office is now very interested in the prospect of retaining Harkless.

“After viewing how sharply the 6-foot-7 small forward still played defense and how genuinely the Queens product and former St. John’s star wanted to be a Knick, team executives opened their minds.

New Knicks president Leon Rose wanted to examine the 26-year-old closely across the last 16 games as he enters free agency.”

This offseason’s free agency class is a very shallow one, but it will be filled with quality two-way role players like Harkless. There will be tons of contending teams who will express their interest on acquiring the vet’s excellent 3-and-D services.