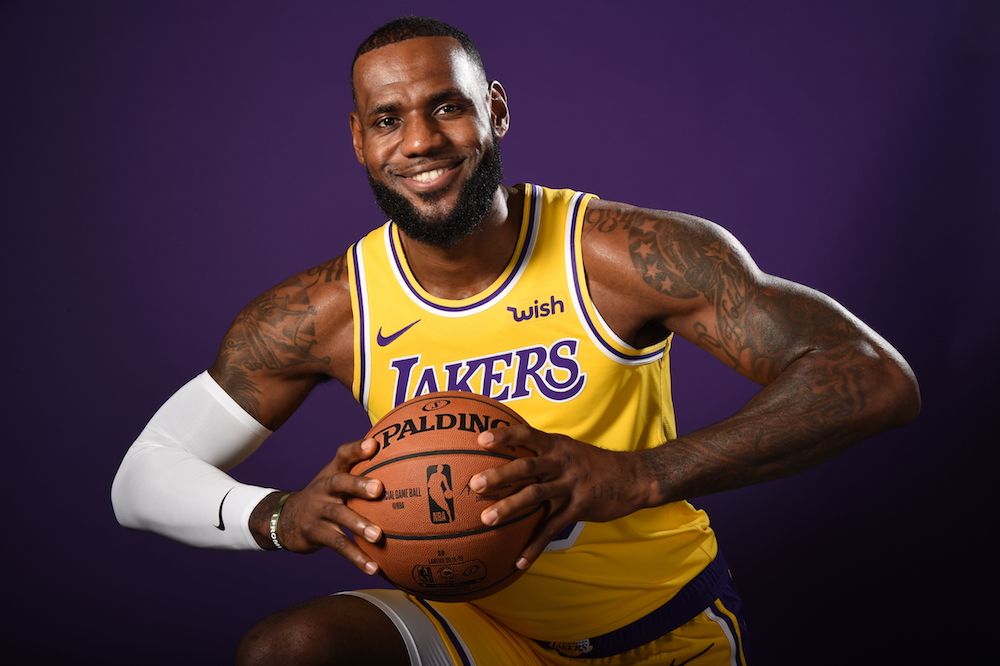 As their maiden season in the LeBron James era go down the drain, the Los Angeles Lakers are setting their sights on revamping the roster again and bring in a more solid supporting cast around their 34-year old superstar. It appears that James won’t just stand pat and wait for the fireworks to come as he says that he will be active in recruiting big names across the free agency board in the offseason, per Howard Beck of Bleacher Report.

James showed to everyone that he hasn’t lost a step as he posted incredible all-around averages of 27.4 points, 8.5 rebounds and 8.3 assists per game this season. But he will be turning 35 late this year, and it won’t be long before Father Time catches up with him.

However, achieving success through free agency could be easier said than done for the Lakers. Rumors have it that the highly-regarded franchise is in shambles, with the front office in a disarray. ESPN’s Adrian Wojnarowski says that the Lakers are “an organization right now that is not aligned really on any level.”

Furthermore, Stephen A. Smith of the ESPN reports that Lakers general manager Rob Pelinka is a front office players that is not liked by executives around the league.

"There are people in the league who despise him to the point where I can't even throw  aside the word hate.

They don't talk about him glowingly, they have a real problem with him, they don't  like him. In some instances, they've been highly reluctant to take his phone calls, which is why Magic had to be involved in terms of being on the phone, particularly when it came to the issue involving Anthony Davis and the Pelicans."

If the Lakers find the free agency path a rough road, they could revert to pulling off a blockbuster trade. Despite their blotched attempt at dealing for New Orleans Pelicans superstar Anthony Davis before the February trade deadline, the Lakers still have intriguing young prospects that could interest other teams.

The Kevin Durant-New York Knicks marriage could be closer to reality than what we think it could be. The former Most Valuable Player awardee has long been rumoured to have the Knicks on top of his radar, and it could be a done deal, as per Ric Bucher of the Bleacher Report. Bucher made his statement via The Herd with Colin Cowherd.

"From everything I’ve heard, it’s done. Yes, he’s leaving... If he so much as gets [the Knicks] into the Conference Finals, he will be beloved there like he never has been at Golden State after two championships.”

Durant has won two consecutive championship with the Golden State Warriors since joining them in 2016, and a third Larry O’Brien trophy is right on their sights this season. Many believe that Durant will leave the Bay Area even if they successfully embark on a three-peat this year. Former Knicks superstar Patrick Ewing recently gave KD heaps of praises, via the “Tiki & Tierney.”

"I'm not sure what he's going to do, but Kevin Durant is a great player. He's one of  the top five players in the league. If he comes to New York, that would be great. That means that he believes in the things that Fiz (David Fizdale) is saying and doing, and it's only going to get better. I admire Kevin. He's a great player. For a   person of his size at 6-10 to be able to do the things that he can do is remarkable."

Durant, who is averaging 26.2 points, 6.5 rebounds and 5.8 assists this season, has plenty of options this summer. Of course, the Warriors would still love to have him back as they offer the 30-year old star the easiest path towards multiple championships. But if Durant wants to go on a different trail, the Knicks, Clippers, Nets and the Lakers are his most probable destinations.

Could Warriors bring back Cousins if KD leaves?

Much has been rumoured about the impending free agency destinations of Warriors superstars Kevin Durant and Klay Thompson. However, many forget that the defending champs have another All-Star entering unrestricted FA, and that is star center DeMarcus Cousins. The Warriors pulled off one of the most stunning acquisitions when they signed an injured Cousins to a bargain deal last offseason. But now that the flamboyant center is up and healthy, he would definitely command a near-max or max offer from interested teams.

Cousins sat down with Chris Haynes of the “Posted Up” podcast, and reiterated that his focus is on his present campaign with the Warriors, not on his free agency in the offseason.

“I don’t try to get too high. I don’t try to get too low with any moment that’s been    going on. It’s going to be a year full of ups and downs. So I’m moving steady through it all. Like I’ll maneuver through the bullsh—. I’ll tell you, I roll with the punches and I’m taking it day by day. And when it’s time to make decisions, you know, I’ll make decisions. But as of right now, I don’t give a sh—.”

The 28-year old All-Star has been a key cog of the Warriors’ success this season, posting all-around numbers of 16.3 points, 8.1 boards, 3.5 assists and 1.5 blocks per game. If Durant or Thompson decide to leave the comforts of the Warriors lore to go someplace else, it is predicted that Golden State would offer Cousins a bigger contract. However, many believe that the Lakers are still the favorites to land Cousins in the summer.

Is Kyrie headed to Brooklyn?

While Knicks fans are already starting to gush over a potential Kyrie Irvin-Kevin Durant partnership in the bright lights of the Madison Square Garden, there’s a great chance that that won’t happen at all. David Griffin, the Cleveland Cavaliers general manager when Kyrie was still with the team, predicted that the All-Star point guard prefers the Nets over the Knicks, per Stefan Bondy of the New York Daily News.

“I think Brooklyn is the fit that’s better for him in terms of his mindset. I think he  likes what they’ve done there, culturally.”

However Ric Bucher of the Bleacher Report deviated from Griffin’s perspective, stating that the Nets have lesser talent and that won’t help create a strong pitch for Kyrie to come over, via the Scoop B Radio Podcast.

“If Kyrie is kind of creased about the young guys on the Boston Celtics, young guys  who went to the Eastern Conference Finals last year and questioned how that whole dynamic works, I don’t see what the appeal is for him to go to Brooklyn, which has  lesser talent. I mean, I think they’re maximizing what they have, it’s impressive that they’re doing what they’re doing. But I see far more big picture potential with Boston.”

Earlier this season, Irving publicly criticized his young Celtics teammates during their disappointing losses. But after those internal conflicts, Kyrie has backed up his talk by racking up more double-double points-assists games, leading the charge for the 4th-seeded Celtics.