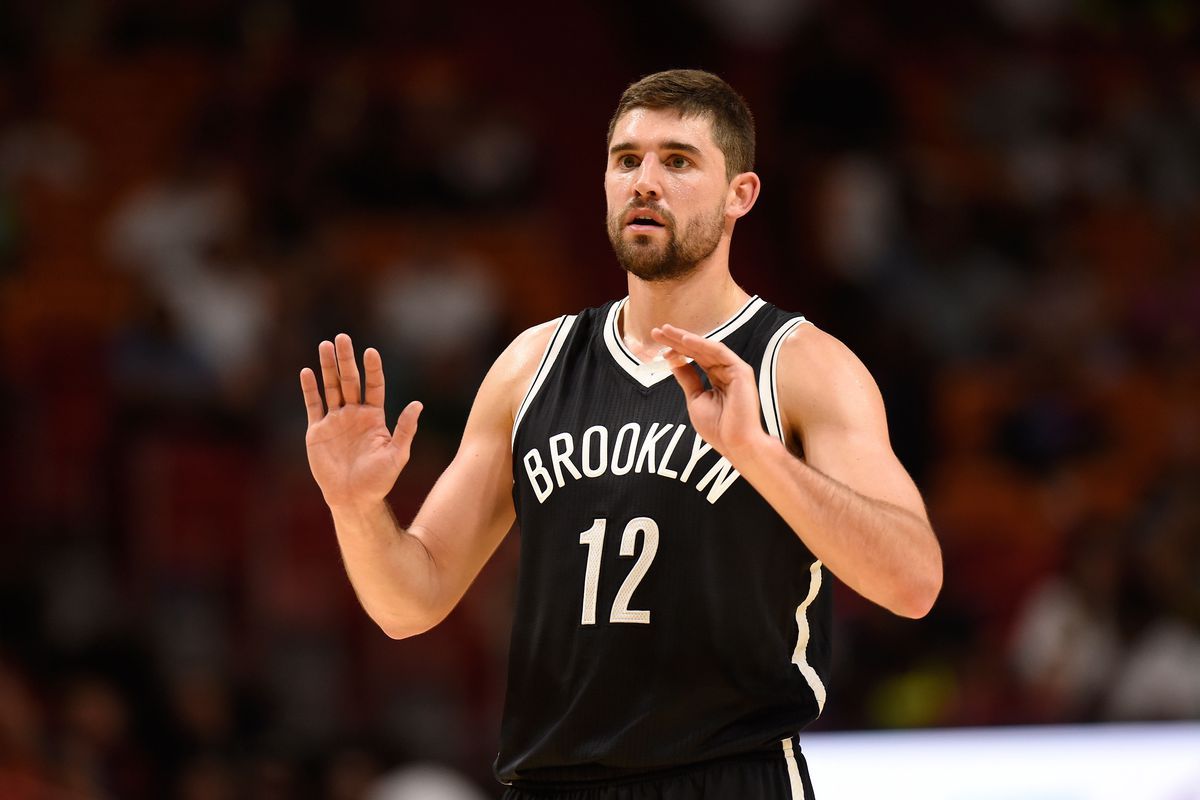 Although they performed well enough to be a playoff team again this season, this hasn’t been the campaign that the Brooklyn Nets front office envisioned when they signed both Kyrie Irving and Kevin Durant last summer. Sure, they already knew that there will be a high possibility that Durant’s recovery from his Achilles injury could take more than a year, they did not anticipate that Irving would also go through a season-ending setback.

But the positive takeaway from their decent year is that their supporting cast has came through yet again. Despite mostly playing without Irving, the Nets have leaned on their third star in Spencer Dinwiddie, along with their young gunner Caris LeVert. On top of that, the team also received plenty of contributions from their role players like Joe Harris.

Harris, a fifth-year veteran out of Virginia, is producing career-highs of 13.9 points and 4.3 rebounds this season. He is also norming a stellar 41% clip from the three-point line, while also doing a bit of playmaking with his 2.1 assists per game. However, Harris’ contract is already expiring in the offseason, and he is set to enter unrestricted free agency.

It would be a shame if we didn’t get to see Harris on the same court with Irving and Durant. With all the attention that both superstars will receive from an opposing team’s defense, Harris would absolutely torch from beyond the arc. As per Brian Lewis of the New York Post, the veteran shooter also emphasized that he is looking forward to sharing the same court with KD and Kyrie, an excellent indication that staying in Brooklyn for the years to come is his priority moving forward.

“Yeah, definitely! Why wouldn’t you? Obviously those are guys who I’ve gotten close with now that I’ve been with them this past year. They’re obviously incredible players. You see what they’re able to do when they are healthy and are playing. I don’t see that there’s anybody in the NBA who wouldn’t want to play with those guys.”

In a separate column, Lewis also quoted Harris saying that he wants to spend the rest of his basketball career in Brooklyn. After spending the first two years of his career with the Cleveland Cavaliers and winning a championship with them in 2016, he has been with the Nets since the summer of that same year. It is with the Nets that he finally had the playing time to show off his incredible shooting skills as he has averaged at least 39% from deep each year that he playing for Brooklyn.

“In [an] ideal world, I’d play my whole career in Brooklyn. I came in with [GM] Sean [Marks] even the ownership. It’s just one of those things where you have a close connection with a lot of people that are within the organization. You kind of all came in together.

Now I’ve been here for four years and built unbelievable relationships with everybody that’s a part of the organization. It’s amazing just to see where we’ve gone from Year 1 to now. And I obviously want to be a part of that, and a part of it for a long time.”

With their best long-range gunner entering free agency, it’s now up to the Nets front office to make the right decision. Last summer, they committed a three-year, $52.5 million contract to LeVert. In 2018, they also gave Dinwiddie a hefty, multi-year deal. Jarrett Allen, another young player who could be a future cornerstone of the franchise, will become a restricted free agent next year.

Having said that, it is without a doubt that the team has a lot of financial matters to handle and solve. Harris’ improvement and value as an excellent 3-and-D player should net him a double-figure annual salary. Along with Durant, Irving, LeVert and Dinwiddie, the team is also paying veteran big man DeAndre Jordan at least $9 million every year.

But having a very coachable veteran player like Harris could make it easier for the Nets front office to lure a big-name head coach in the offseason. They recently fired Kenny Atkinson from the job, and interim coach Jacque Vaughn is not expected to stay at the helm beyond this season. As per SNY’s Alex Smith, Marks reiterated that they are yet to interview or even reach out to a coaching candidates at this point of the year.

"We are not reaching out to anybody right now. That would completely not be fair to our group. I think what I'm seeing so far from how our group -- with Jacque (Vaughn) and his assistants -- how they're working through this and how they're reaching out to players and their collaborative approach within the organization has been great. I think it's extremely important that everybody has not only my support but the owner's support and front office's support during this time. That's our   priority."

Looking at the team’s current roster, they don’t have another excellent 3-and-D player like Harris. Taurean Prince and Garrett Temple are respectively norming 33% and 32% from beyond the arc. If the Nets deem a Harris re-signing to be a bit too much for their pockets, they could always go through the draft or the free agency marker for a financially-cheaper shooter like the 28-year old vet. Still, Harris’ shooting, basketball IQ, ability to play both forward positions should be hard for the Nets front office to pass up on.

Since being drafted in 2014, Glenn Robinson III has bounced from one team to the other and it seemed like he will be one of those NBA journeymen who would take their talents to another international league. Fortunately for Robinson, the injury-plagued Golden State Warriors gave him the chance to play big minutes for them this season. The 26-year old swingman averaged a career-best 12.9 points and 4.7 rebounds for the Dubs, while putting up a stellar 40% clip from the three-point line.

But unfortunately for Robinson, the Warriors are headed for a lost season and that forced them to trade some of their new key players and let them compete in the playoffs. Robinson found himself shipped to the Philadelphia 76ers, along with fellow scoring forward Alec Burks. While it’s true that his minutes have decreased with the Sixers, the fact that he was coveted by an elite playoff contender means that his stock value has gone way up.

Should the season resume and he continues to effectively play his role as a gunner off the bench, Robinson could net a salary within the range of $8-12 million when he becomes an unrestricted free agent in the offseason. As per NBC Sports’ Logan Murdock, Robinson emphasized that he will explore every option he has in free agency, including a return to the Bay Area.

"I may just explore all options possible. I think that taking it one day at a time will help me get there. When I first got here, I was looking at the big picture of the home   run instead of base after base. We'll see. I'm excited about it.

Would I rule out? Not with this organization. They were really great to me, and like I said, really changed my career, so it's no bad feelings, no hard love for Golden State."

If the Warriors come calling for his services, it is without any doubts that Robinson would be more inclined to reuniting with the Dubs. According to multiple reports, Robinson was a bit disappointed in the fact that the Sixers had no specific role in place for him. He is behind Burks, rookie Matisse Thybulle, Furkan Korkmaz and Shake Milton in Philly’s rotation of wing players.

Robinson’s three-point shooting has also dipped since coming to Philadelphia, a reason for the decrease in his playing time or an effect of how all the confusion has affected his confidence. Robinson voiced out his frustrations on this, while pointing out that his specified role with the Warriors made it easier for him to get into the groove.

My role on the Warriors was, I was guarding the best player every night. I was coming off shooting threes and getting my game to help the team. What can I do best here? That's my main goal, my main thought. Obviously, the other stuff that lingers in your head is your value of this summer, but I try to just take it one day at a time because that's all I can control at this point."

If Robinson pursues the trail that will lead him back to Golden State, he has the chance to be part of the Warriors’ return to the elites when the Splash Brothers and a healthy, re-energized Draymond Green play together again.