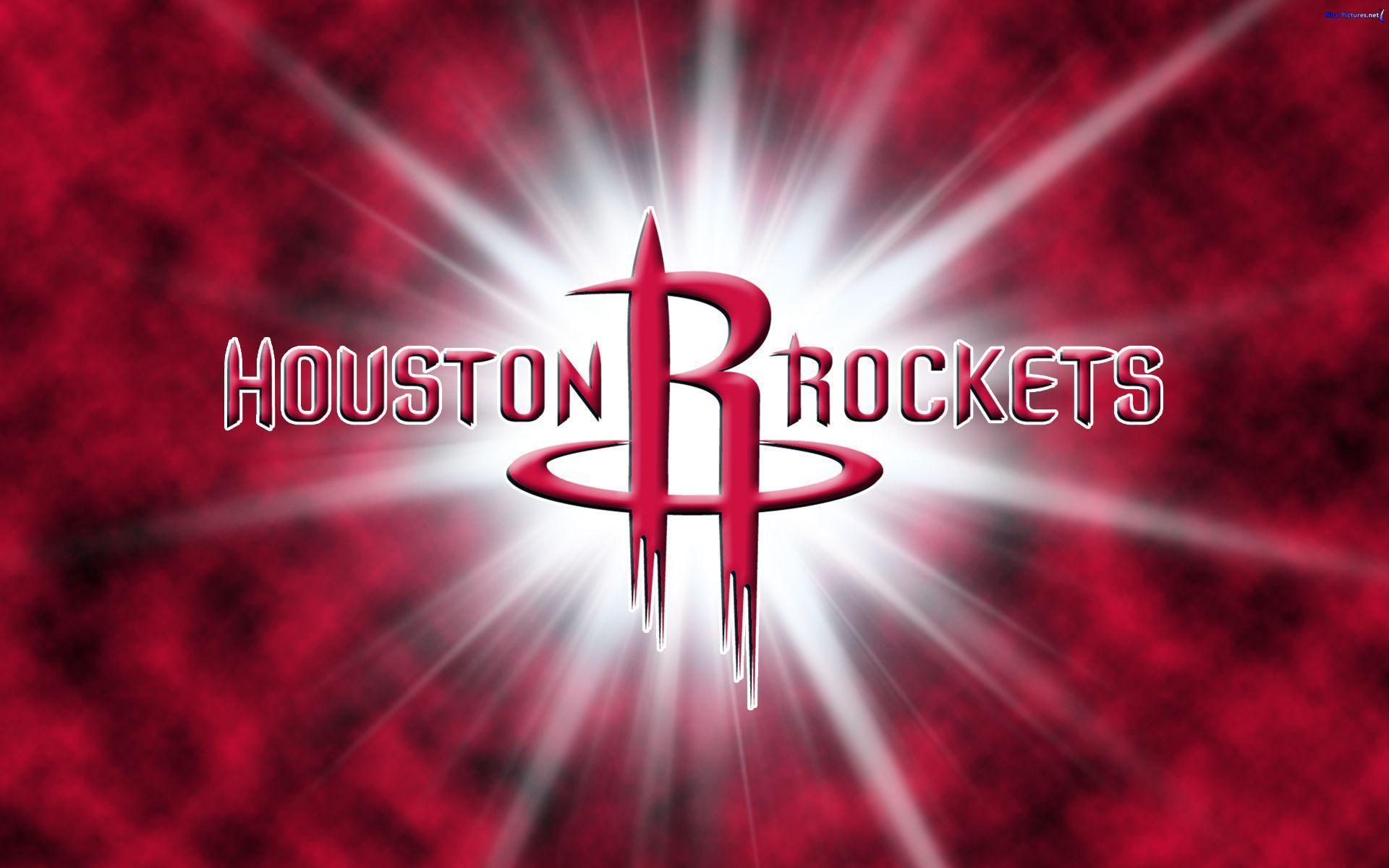 The Houston Rockets are welcoming a couple more “positionless” forwards to add more important weapons to their small-ball line-up. Versatile combo forwards Jeff Green and DeMarre Carroll have both agreed to join the Rockets as the team continue to emphasize their pace-and-space approach to the game.

Green, 33, played 30 games for the Utah Jazz this season before being waived last December. The journeyman vet logged in 18.4 minutes for the Jazz, norming averages of 7.8 points and 2.7 rebounds. Selected as the fifth pick during the 2007 NBA Draft, Green has bounced from one team on to the other in these previous several seasons. He has played for seven teams in the past six years as he has been nabbed by playoff contenders for his excellent inside-outside offensive arsenal.

In his first game as a Rocket this season, Green immediately showed out with a very efficient performance of 17 points and 4 rebounds, while hitting four treys and missing only one of his seven field goal attempts. Via The Athletic’s Kelly Iko, Jazz beat writer Tony Jones emphasized that Green will easily prove himself as a perfect fit for the Rockets on both offense and defense.

“Green is someone who can play all three frontcourt positions and space the floor for James Harden and Russell Westbrook. Perhaps his biggest strength with Houston is that of a secondary ballhandler and passer. He can attack the rim on closeouts. He has the ability to take advantage of iso situations. He has familiarity with Harden and Westbrook and Thabo Sefolosha because they played together in Oklahoma City. Green is someone who can play small ball center offensively. He can switch seamlessly through the lineup defensively. He projects to be a nice fit in Houston.”

Indeed, Green has proved that he has the winning presence needed by this Rockets squad. His first two games with his new team have both resulted to victories with the latest win coming from a double-digit beatdown of the Jazz, Green’s former team this season. As the Rockets activate a full small-ball line-up for the rest of the season, Green will be tasked to man both the power forward and center positions. He will share minutes with fellow combo forwards P.J. Tucker and Thabo Sefolosha.

Like Green, Carroll should be a tremendous fit for Houston. The 6-foot-6 swingman has a career average of 36% shooting from the three-point line, a skill that is very essential to how the Rockets carry out their offensive sets. On top of his solid long-range marksmanship, Carroll is a known lockdown defender. He played a crucial role in the surprisingly good run of the Brooklyn Nets to the playoffs, serving as the team’s mentor and anchor on the defensive end.

His excellent two-way skill set earned him quite a payday last summer, signing a three-year, $21 million contract with the San Antonio Spurs. Head coach Gregg Popovich and the Spurs have always liked tough-minded veterans who shoot the ball as well as they play outstanding defense. There was no doubt that it was the right fit for Carroll, especially when stretch forward Marcus Morris spurned San Antonio and headed for the New York Knicks instead.

But Carroll’s stint with the Spurs proved to be a short-lived stay. The 33-year old hooper played just 15 games with his new team as he was mostly fielded during garbage time of the Spurs’ games. It was definitely a frustrating outcome to a partnership that looked really great on paper. Carroll fought for minutes with quality perimeter role players like Rudy Gay, Marco Belinelli, Lonnie Walker, Bryn Forbes and Derrick White.

As per Matthew Tynan of The Athletic, Carroll has been healthy and ready to play in every game. It is still mind-boggling why he never had any place in the Spurs’ rotation, but it is interesting to see how the veteran swingman could help out in Houston.

“The whole thing with DeMarre Carroll has been strange. It was weird from the start when he didn’t play a minute until Nov. 1, And whenever he was asked about it, he seemed genuinely confused as to why he wasn’t playing. But he was in the gym every  day, involved at every practice and shootaround, and putting the work in before every game.

When Pop was asked about his lack of playing time and how he was handling things, the coach always praised his professionalism, both on the court and in the locker room. There was no evidence he had issues with other players.”

With the additions of Green and Carroll, as well as the important trade they made to acquire the services of the widely-coveted 3-and-D forward Robert Covington, the Rockets should be a unique team to watch especially in the postseason. They have won their past three assignment and are currently tied with the Utah Jazz for the 4th place in the Western Conference.

Will Boston reach out to Isaiah Thomas for a potential return?

After being traded by the Washington Wizards and eventually being waived by the Los Angeles Clippers, former two-time All-Star scoring point guard Isaiah Thomas is left with no home in the NBA.

Coming off a disappointing 2018-19 season in which he played for only 12 games, Thomas was given an opportunity in Washington last summer. The Wizards were thin in the backcourt as point guard John Wall is still recovering from a major injury. The 30-year old spitfire gunner absolutely proved to everyone that he is not yet washed. He started in 37 of the 40 games he played for the Wizards, and normed averages of 12.2 points and 3.7 assists, including a stellar 41% clip from three-point territory.

In an exclusive interview with Alex Kennedy of HoopsHype, Thomas said that he thought that the Clippers would be a good fit for him. However, he also reiterated that he has no bad blood towards the Clippers organization for immediately parting ways with him.

“I was surprised, but I understood the situation on the business side of things. I was really a throw-in in the trade. It’s not like they were really trading for me; they were trading for Marcus Morris, which I understand. In my nine years in the NBA, I’ve learned that anything can happen.”

It was quite puzzling why the Clippers quickly let go of Thomas, but their recent acquisition of Reggie Jackson was the perfect answer to this question. Moreover, with Paul George and Kawhi Leonard in the fold, the Clippers have enough scoring in the perimeter. While Thomas is absolutely a good offensive player, he still has some glaring weaknesses in terms of his defense. That hole in his game could be the deciding factor on why the Clippers organization waived him.

Still, Thomas could be a much-needed scoring punch for a contending team in need of a proven scorer to lead their second unit. As fans wonder if the former All-Star is still planning to suit up this season, IT confirmed to Kennedy that he and his people are already talking to several teams.

“Yeah, I won’t say specific teams, but we’ve had talks with several teams. Teams are interested, but we’re just trying to figure out what’s the best situation for me. Also, we know that other things may open up very soon. But I’m just trying to stay as patient as possible when it comes to this while knowing that I’m ready for any opportunity that I’m given. Whether it’s a playoff team where I’ll be whichever piece they need to complete their puzzle or an up-and-coming team where I’m helping the young players and being a good veteran, I’m going to take advantage of whatever opportunity I’m given.”

Thomas has been one of the most mysterious stories in the past few years. After producing a whopping 28.9 points for the Boston Celtics during the 2016-17 season, he has spiralled downward. His back injury became an issue, a setback that forced teams to become hesitant in taking a risk on him. Thomas has played for four different teams since 2017, suiting up for the Cleveland Cavaliers, the Los Angeles Lakers and the Denver Nuggets.