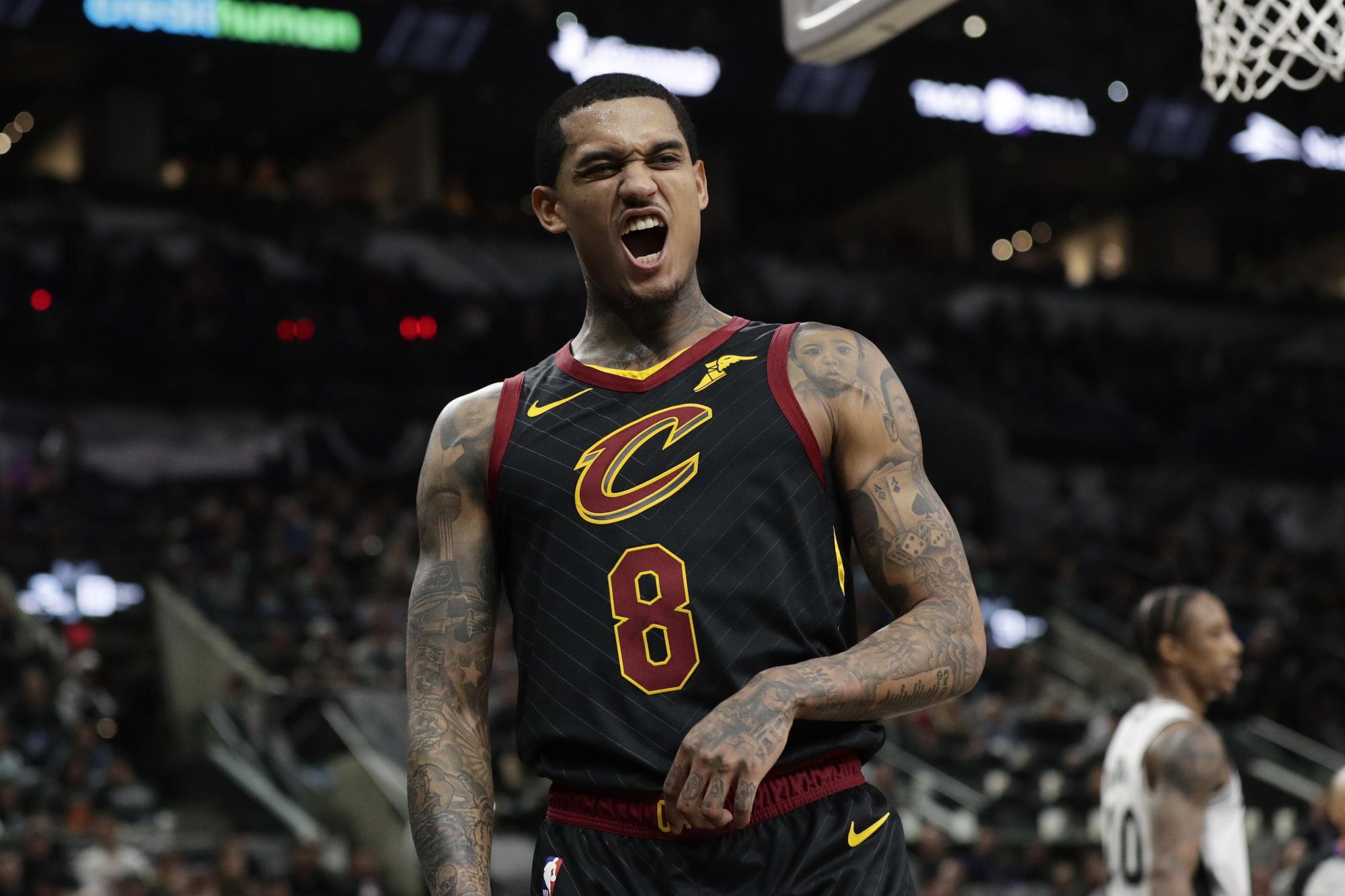 Jazz needs to re-sign Sixth Man of the Year candidate

It took a while for the Utah Jazz to finally nab a spitfire gunner off the bench, but they got one in Jordan Clarkson this season. After shipping point guard Dante Exum to the Cleveland Cavaliers through a mid-season trade deal, the Jazz struck gold as Clarkson provided them with everything they need from a leader of their second unit. The 6-foot-5 combo guard became the team’s third-best scorer behind Donovan Mitchell and Bojan Bogdanovic, and it’s no coincidence that the Jazz got into a winning momentum with him.

However, Clarkson’s contract will expire in the upcoming offseason. With the way that Clarkson has injected a much-needed scoring punch off the bench, the Jazz can’t afford to break up the band and just let him walk in free agency. Fortunately for the Jazz, they have the financial flexibility to keep their scoring guard. The Athletic’s Tony Jones wrote that staying in Utah would be beneficial for Clarkson in terms of getting a consistent role and of course, the money that comes with it.

“Here’s what we know: The Jazz want to keep Clarkson, and they have his Bird rights, which means they can offer him an extra year. Much of the league has no salary cap space, and the teams who do have cap space aren’t currently winning situations. So, the Jazz can offer money, years and a defined role to Clarkson in the prime of his career.

Clarkson was one of the better sixth men in the league this season. He averaged 15.6 points per game. He shot 36 percent from 3-point range. He showed a terrific ability  to break people down off the dribble. He was a very good finisher once he got to the paint. Off the floor he fit seamlessly into the Jazz’ culture. If you add all of that up, chances seem good that the Jazz keep Clarkson in the fold. He will be priority, and having his bird rights and the ability to go beyond the salary cap to try and keep him    is an advantage.”

Clarkson’s brilliant showing off the bench has also earned him a place in the list of the candidates for the Sixth Man of the Year award. The Filipino-American gunner is logging in 25.3 minutes for the Jazz, and he is putting up efficient shooting numbers. Aside from norming 15.6 points per contest, Clarkson is also shooting a very efficient 48% clip from the field and a decent 37% from the three-point line.

More than the numbers, Clarkson isn’t a bad operator on the defensive end either. The Jazz coaching staff has the luxury to put him in crunch time without worrying that he will be a liability in their defensive schemes. In short, Clarkson has a solid case to be a frontrunner for the sixth man plum, a list that also includes excellent scorers like Los Angeles Clippers’ Lou Williams and Montrezl Harrell, Oklahoma City Thunder’s Dennis Schroder, and Miami Heat’s Goran Dragic.

Clarkson may not win the award, but his efficient production as a scorer off the bench would definitely boost his value in free agency. Last February, Kaleb Searle of SB Nation’s SLC Dunk detailed out how efficient Clarkson has been in terms of his scoring and shooting.

“Clarkson, as the Jazz’s third leading scorer, leads the bench in scoring by far, his 16.2 points per game more than doubling the next bench player, Emmanuel Mudiay’s 7.3. Clarkson is fourth on the team in effective field goal percentage at 57.8%. The top two players, Rudy Gobert and Tony Bradley, are centers who take the vast majority of  their shots at the rim. Third is Georges Niang, whose 4.5 shots per game are dwarfed by Clarkson’s 12.8.

There are tons of teams out there who are willing to pay for a young productive player like Clarkson, especially in a very shallow 2020 free agency class. The Indiana Pacers just lost scoring swingman Jeremy Lamb, and it might be a while before Victor Oladipo really returns to his old deadly form. Moreover, Malcolm Brogdon has sustained multiple injuries this season, so Clarkson should be a solid insurance for their backcourt depth.

The Detroit Pistons are also in need of more scoring, may it be on the starting line-up or on their second unit. The Phoenix Suns should also be an intriguing destination for Clarkson as they have been desperately looking for a shot creator off their bench. Clarkson and his people should also check in with the Heat, especially if the similarly free agency-bound Dragic decides to take his talents outside of South Beach. There are a myriad of options for Clarkson out there, although staying in Salt Lake City still makes more sense for him and his aspirations of finally breaking through and winning a championship.

Should VanVleet chase a starring role with another team?

Continuity and grit are two important factors of the Toronto Raptors’ success this season, and Fred VanVleet has embodied them tremendously. The 26-year old scoring point guard is putting up career-highs across the board as he grew into the team’s third-best scorer, second-best assist man and their best defender in terms of steals per game. VanVleet is certainly growing into a star, although his impending free agency could make or break the defending champs’ continuous progress.

As per Eric Koreen of The Athletic, VanVleet reiterated that his priority is on landing a long-term deal. Yet, he is also open to signing a short-term contract with the Raptors especially with how the suspension of games could negatively affect the salary cap of the teams. Still, VanVleet knows that he has done his job well and his drastic improvement each year should be enough for him to earn a near max contract.

“Everything’s on the table. I’m in a position where I feel like I’ve done my work and proven my worth. We’re going to position ourselves the right way, but also we’re kind of waiting to see what’s offered. We have to wait to see what’s offered. We can create the deal, obviously. But nobody knows what anything’s going to look like. (A one-year deal) hasn’t been on the table for discussion really between me and my camp. It’s  more like, let’s wait and see what happens. Whenever it’s time to move, then we sit down and negotiate.

VanVleet is averaging all-around numbers of 17.6 points, 3.8 rebounds, 6.6 assists, 1.9 steals and an excellent 39% clip from beyond the arc this season. From a bench player two seasons ago, he has worked his way towards a regular starting job for head coach Nick Nurse and he has done a stellar performance. The 6-foot-1 guard should be able to net a lucrative contract in free agency, given his multi-dimensional talent on the offensive end.

While it’s true that Kyle Lowry is still the primary playmaker of this very good Raptors squad, there is no doubt that VanVleet can fulfill that position as well. There are aspiring teams who are desperate for a steady presence in the point guard position, and one of them is the Detroit Pistons. The Pistons let go of their long-tenured point guard in Reggie Jackson, so VanVleet has a starting role waiting for him if he decides to play for the Motor City.

The New York Knicks also have the cap space to offer VanVleet a lucrative contract. With the fact that he is still 26 years of age, he will perfectly fit on the Knicks’ timeline. The team is still in the midst of a rebuilding process as they continue to develop their young talented players like RJ Barrett, Mitchell Robinson, Kevin Knox and Frank Ntilikina.