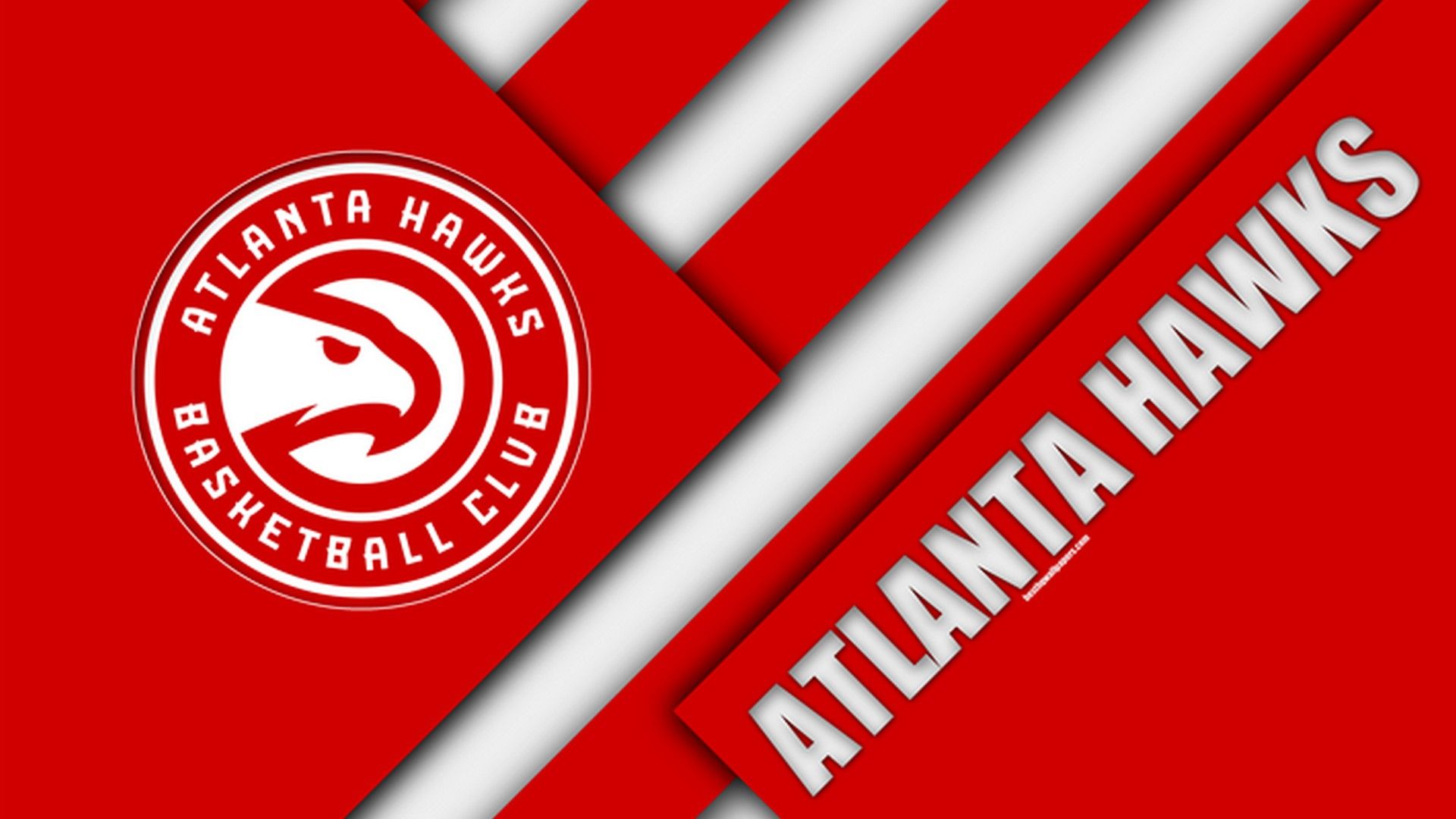 The Atlanta Hawks had the biggest cap space heading into the offseason, and the Eastern Conference franchise made the most of their opportunities. The Hawks relied on their young players like Trae Young and John Collins last season, giving them a lot of chance to develop. With a more experienced young core, the Hawks knew that they are very close to becoming a playoff team.

The Hawks signed restricted free agent Bogdan Bogdanovic to a four-year, $72 million deal. Not only they acquired a new starting shooting guard in Bogdanovic, they also prevented the Milwaukee Bucks from getting the Serbian, who could have played a big role for the Giannis Antetokounmpo-led team next season. Bogdanovic gives the Hawks another shooter and also a playmaker to lessen the pressure on Young's shoulder.

Atlanta also acquired former Oklahoma City Thunder forward Danilo Gallinari. Gallinari received strong interests from title contenders after saying that his priority this offseason is to sign with a team that would compete for a title next season. The 32-year-old forward, who averaged 18.7 points for the Thunder last season, will likely come off the bench to backup Collins at the four spot and play minutes at the three spot as well.

The Hawks also shored up their backcourt as well after adding Rajon Rondo and Kris Dunn. Rondo's experience would be critical for the Hawks, while Dunn is expected to bring defensive tenacity to his new team. Clint Capela is also set to make his debut for Atlanta and will compete for minutes with rookie Onyeka Okongwu. The acquisitions of the Hawks this offseason made them a "no-brainer" winner this offseason, per Dan Favale of Bleacher Report.

"Atlanta is almost universally being pegged as huge offseason winners. That's fair. The roster is upgraded," Favale said. "Bogdan Bogdanovic, Danilo Gallinari and Rajon Rondo can all make it so Trae Young spends more time without the ball. And the offense should no longer devolve into poop when he's catching breathers on the bench. Knowing that Gallinari will begin the season backing up John Collins makes the Hawks' spending even more palatable."

By adding four veterans into the roster, the Hawks will no longer have to rely on their young players to win, which they failed to do in the past two seasons. The Hawks finished 14th in the Eastern Conference last season with a 20-47 record, which pales in comparison with their 29-53 card during the 2018-19 NBA season, where they finished 12th in the East.

Playoff Stint is Within Reach for Atlanta Hawks

With the signings that they made this offseason, the Hawks are in a position to compete for a playoff spot next season, per Chris Kirschner of The Athletic. Kirschner thinks that their decision to sign Bogdanovic, which was initially seen as a gamble because the Sacramento Kings could have matched the offer that could half left them with fewer options in free agency, catapulted the Hawks to contention.

Bogdanovic is coming off his best season in the NBA after averaging a career-high 15.1 points on top of 3.4 rebounds and 3.4 assists in 61 games for the Kings last season. The 28-year-old guard initially came off the bench earlier in the season but impressed the coaching staff enough to earn a spot in the starting lineup. He will be playing just in his fourth season in the league, but he has been a winner even before moving to the NBA.

Kirschner pointed out that Bogdanovic's impact might go beyond the regular season if the Hawks manage to secure a spot in the Eastern Conference playoffs. With his vast experience and continuous improvement over the past two seasons, he is convinced that the Serbian rising star would be a huge factor for Atlanta in a possible postseason stint because he is ready for the main stage.

The only concern on Bogdanovic is his defense, as he is not known as a good defender and has struggled dealing with pick-and-rolls in his career. However, Kirschner said that this is where Lloyd Pierce's scheme will come into play. One possible option that he can see is making Bogdanovic the main offensive threat surrounded by versatile defenders while Young is on the bench.

"When Young sits, it makes sense to have Kris Dunn’s minutes align with     Bogdanovic’s because Dunn can be the defensive stopper in the backcourt while   Bogdanovic acts as the primary initiator on offense," Kirschner said. "It also would make sense to pair Bogdanovic with Cam Reddish at the three, De’Andre Hunter at the four and Onyeka Okongwu at the five when Young sits. That lineup would have strong defensive potential."

Big Offseason Moves' Impact Could Go Beyond Next Season

While their moves this offseason might have made them a playoff team next season, the impact of the signings could go beyond this year. Chris Kirschner of The Athletic said that "the entire NBA should be on notice" now about the Hawks. He pointed out that the Hawks are now attractive enough to lure superstars in free agency or trades. Hawks general manager Travis Schlenk also had a similar take, saying that they are ready to strike big deals anytime soon.

"If there is a star player that comes available, we're in a position to go and try acquire them," Schlenk said. "We’re in a nice situation there because we do have a lot of young talent that people value, and now we have good veterans that we can use to match salary. We’re going to continue to look to be aggressive as we build this team  out."

The players who might be placed on the trading block before the deadline will depend on how the new signings will fare before the deadline. Among their young players who could be targeted by teams in a superstar trade, Kevin Huerter, Cameron Reddish, and De'Andre Hunter might see their minutes reduced. However, playing behind veterans might also work wonders for them, and eventually make them more valuable in trade talks.

But for now, Schlenk sounded contented with what they currently have, saying that they felt good about the way free agency and draft turned out for them. Head coach Lloyd Pierce is also likely having a good time this offseason because he now has a deeper roster and will not be forced to just work with what he has. With a deeper roster, he now has the chance to play matchups, especially if they advance to the playoffs this season.

Marc Gasol will be entering a new chapter of his career and it will be with the team that drafted him in the second round in 2007. Although the Lakers were the first team to give him a chance, he never played the purple and gold, as his rights were traded to the Memphis Grizzlies in the deal that sent his brother, Pau, to Los Angeles. But 13 years later, the younger Gasol will now have the opportunity to make an impact for the Lakers.

Gasol, who will be playing in his 12th season in the league, signed a two-year, $5.26 million guaranteed deal with the Lakers this offseason. The 35-year-old is expected to start alongside Anthony Davis, who will play his natural position at power forward. While Gasol is no longer the defender that won the Defensive Player of the Year award in 2013, the Lakers are pinning their hopes on him after losing Dwight Howard and JaVale McGee.

Howard signed a one-year deal with the Philadelphia 76ers, while McGee was traded to the Cleveland Cavaliers. Both centers played heavy minutes for the Lakers last season. Gasol is not as athletic as Howard and McGee, but he is confident of his ability to make an impact on defense.

"I try to get places before I jump in the air because my time that I’m going to stay in the air is not very long," Gasol said via Los Angeles Times. "But I try to use my  instincts and my knowledge of the game, the way I study it, to get there before the offense gets there. I use a lot of communication as a center. You’re behind them. I think communication builds trust and it solves problems."

Gasol also believes that he will be a good fit with LeBron James. The three-time All-Star, who averaged 7.5 points and 6.3 rebounds to go along with 3.3 assists for the Toronto Raptors last season, said that with him and James, the Lakers will have two of the best passers in the NBA. He also pointed out that he is ready to create space and angles for James, knowing that he can score when he wants to.