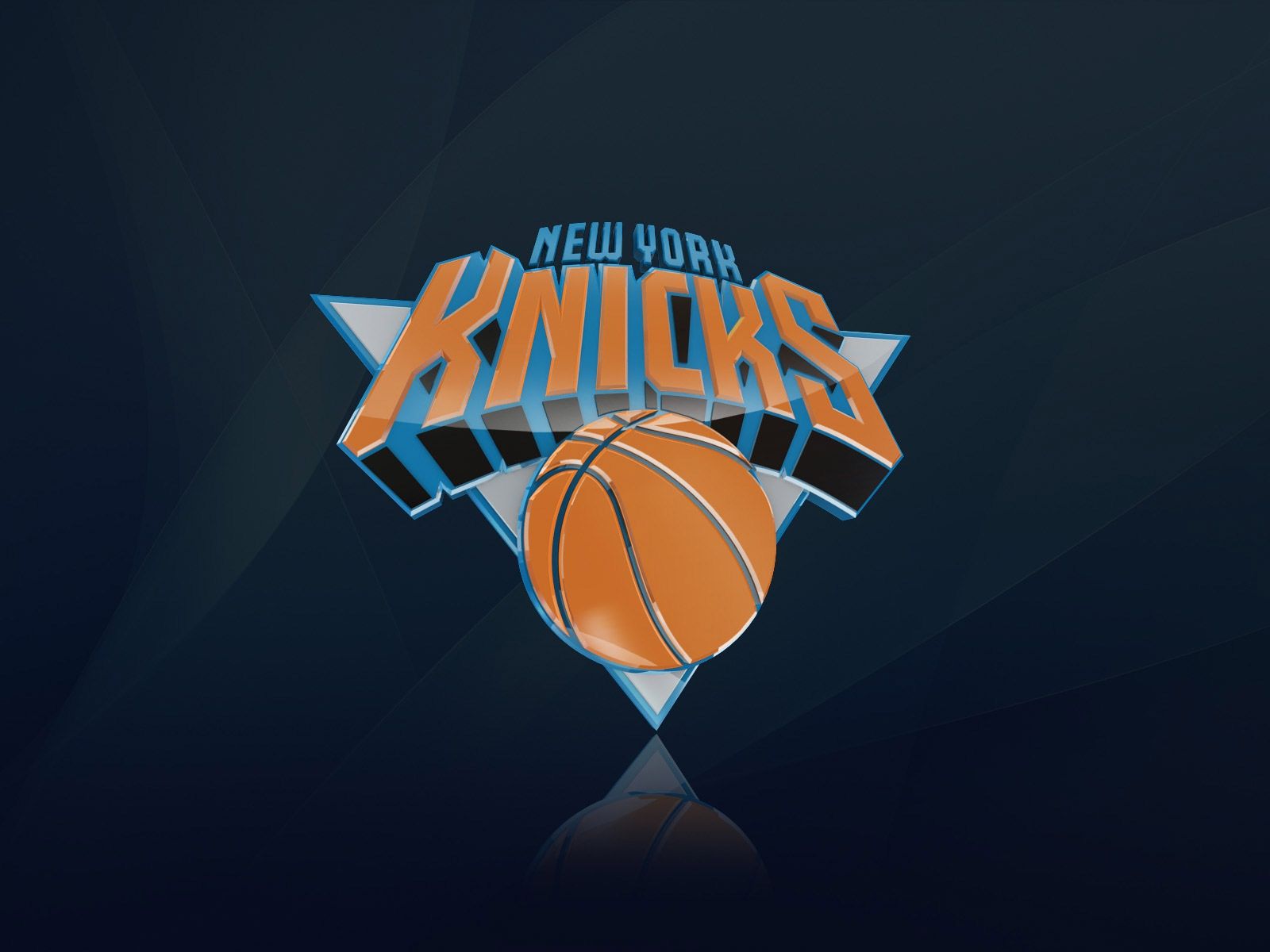 The New York Knicks are looking to turn their fortunes around next season after making significant changes to their front office and coaching staff. Citing the recent front office facelift, Knicks branding manager Steve Stout believes that they are now in a good position to land top free agents.

The Knicks had big plans last year, as they created cap room to sign superstar free agents. Kyrie Irving and Kevin Durant were on top of their lists, but the Knicks struck out anew, as both superstars opted to sign with state rival Brooklyn Nets. They were also hoping to land the top pick in the 2019 NBA Draft, but they fell to the third spot.

With an improved front office and coaching staff, Stoute said on the "Breakfast Club" podcast that their connection will make it easier for the Knicks to convince top free agents to move to the Big Apple.

"With having Leon in, World Wide Wes and myself, the three of us, we’re the best sort of team as it relates to being able to speak with free agents," Stoute said via New York Post. "Our relationship with talent to  bring them to New York. They haven’t had this level of talent in the last 10 years that can go out and pitch free agents and convince them why New York is great."

Sources revealed that Stoute has a strong relationship with superstars like Stephen Curry, Klay Thompson, and LeBron James. He is also close to popular agent Rich Paul, who represents several stars like Anthony Davis and Kevin Durant.

It is worth noting that getting Curry and Thompson might be a long shot for the Knicks because they are locked into long-term deals with the Golden State Warriors. However, Marc Berman of New York Post pointed out that it will not be a surprise if Curry or Thompson asks for a trade if the Warriors fail to recover from a dismal year.

Meanwhile, Andy Bailey of Bleacher Report believes that acquiring Chris Paul makes a lot of sense for the Knicks. While the Knicks are in the middle of a rebuild, he thinks that Paul could bring a lot to the table in New York, similar to how he kept the Oklahoma City Thunder in contention despite losing Russell Westbrook and Paul George last year.

"He would also bring a level of competence to the floor that New York has lacked in recent years. Just having a solid decision-maker out there could go a long way. And over the course of his career, Paul has been perhaps the prime example of that kind of player," Bailey said.

Paul would be an ideal pick-and-roll partner for budding star Mitchell Robinson, who had a great year for the Knicks this season. RJ Barrett, the third overall pick in the 2019 NBA Draft, could also benefit from Paul's leadership, especially after how he helped Thunder young star Shai Gilgeous-Alexander improve this season.

The Knicks would need to do a lot of salary cap work, though, if they want to acquire Paul. After the current season, the 35-year-old superstar still has two years left in his four-year, $159.73 million contract. It remains to be seen as well if Paul would agree to a trade to the Knicks, but most experts believe that it is not impossible because of his relationship with Rose, who is his former agent.

Bailey also added that the Warriors could eventually decide to form a new death lineup next season. Golden State is coming off a dismal season, ending up with the league-worst record. The Warriors did not have a healthy lineup all-season long, losing Curry for a long stretch and Thompson for the entire year due to an ACL injury. This also came after they lost Durant, who left for Brooklyn after three memorable seasons in the Bay Area.

While most fans are already counting them out, the Warriors have a strong chance to make a lot of noise in the offseason. First, they will likely have one of the top picks in the 2020 NBA Draft, which they can use to acquire James Wiseman, Lonzo Ball, Anthony Edwards, Obi Toppin, or Killian Hayes.

Golden State could also opt to go for a safer route and trade the valuable pick for a proven veteran. Bailey suggested a possible trade that would bring Orlando Magic forward Aaron Gordon to Golden State. He believes that acquiring Gordon would make a lot of teams scratch their heads in the seasons to come.

"Such a move would give the Warriors one of the most top-heavy rosters in the league, but a new "death  lineup" with Curry, Thompson, Wiggins, Green, and Gordon could be nightmarish for opponents," Bailey said. "The switchability of that group is off the charts. And with Curry and Thompson spacing the floor, slashing lanes would be open for Wiggins and Gordon."

Chicago Bulls continue to get attention on the trade front

On the other hand, the Chicago Bulls are also becoming a constant subject of trade rumors recently. Like the Knicks, the Bulls also overhauled their front office. They named Arturas Karnisovas as the new executive vice president and hired Marc Eversley as the new general manager.

The new front office tandem has yet to make significant roster moves, but they are expected to get a lot of offers on the table. Zach Lavine is reportedly being eyed by the Knicks and Nets. The high-flying guard is expected to be on the radar of several teams after having a strong season in Chicago this year, as he posted 25.5 points on top of 4.8 assists and 4.2 rebounds in 60 games.

Aside from Lavine, Joe Cowley of the Chicago Sun-Times revealed that teams are also monitoring the situation of Bulls big men Lauri Markkanen and Wendell Carter Jr. Previous rumors suggested that the Bulls would trade one of their two young big men, who failed to develop solid chemistry in their first two seasons together.

"Sources have indicated the organization hasn’t even crossed the trade bridge. Executive vice president of basketball operations Arturas Karnisovas hasn’t even rounded up the entire roster at the Advocate Center for a full workout," Cowley said of the recent trade rumors involving the Bulls. "This is more  about other teams waiting to pounce after the Bulls make a decision on the coaching staff."

The Bulls had high hopes for Markkanen this season, as they were expecting him to make a big leap on both ends of the floor after averaging 18.7 points and 9.0 rebounds last season. However, Markkanen went on a downward trajectory, as he only posted 14.7 points and 6.3 rebounds in 50 games, which pale in comparison with his numbers during his rookie season. During the 2017-18 season, the Finland native tallied 15.2 points and 7.5 rebounds.

Carter, the seventh pick in the 2018 NBA Draft, also failed to live up to expectations in his second year in the league. He averaged 11.3 points and 9.4 rebounds in 29.2 minutes per game this season. During his rookie year last season, he normed 10.3 points on top of 7.0 rebounds and 1.3 blocks per game.

Most experts believe that the Bulls coach Jim Boylen was the reason behind the stalled development of the two promising big men. It is an open secret that several Bulls players, including LaVine, have voiced their concerns about Boylen's offensive schemes.

"Markkanen, Carter, and LaVine have had their issues with Boylen," Cowley added. "Markkanen didn’t  like his role, Carter wanted to play more power forward and less center, and the cameras revealed LaVine’s frustration at the end of some games last season after Boylen called what he perceived as meaningless timeouts."

Cowley also mentioned that trading all three players is not a long shot, especially if the new front office decides to have a total overhaul of the roster. The Bulls have a shot to land one of the top picks in this year's draft. If they eventually get a chance to draft Wiseman, who is arguably the best big man in the upcoming rookie class, the Bulls will likely consider dealing both Carter and Markkanen.

LaVine, on the other hand, might ask for a trade, especially if the Bulls decide to keep Boylen. The 25-year-old, who was acquired by the Bulls in the trade that sent Jimmy Butler to Minnesota in 2017, still has two years left in his contract, and Cowley is convinced that it would be wise for Chicago to move him for draft picks and expiring deals to put themselves in a strong position to acquire top free agents in 2021.