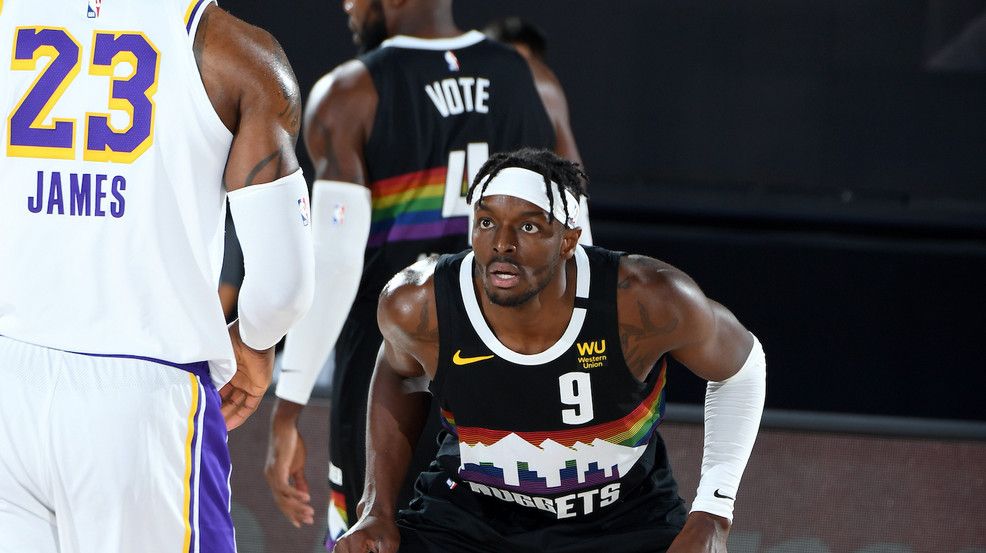 The Miami Heat are expected to become an attractive destination for free agents this offseason after their unexpected run last season. The Heat are preparing to make a big splash in 2021 free agency, but it does not mean that they will stand pat this offseason. Miami are expected to look for team-friendly deals, which could help them maintain their status as the best team in the Eastern Conference.

Nekias Duncan of Basketball News said that the Heat have room for improvement but he expects them to be very careful this offseason. Duncan said that Miami will likely look for players who could help them get over the hump while also maintaining their cap space for 2021 when the superstars like Giannis Antetokounmpo, Kawhi Leonard, Paul George, and LeBron James become free agents.

If the Heat want to improve their chances of winning the title next season, Duncan said that they should strongly consider signing Jerami Grant. Grant turned a lot of heads for the Denver Nuggets during the 2020 NBA Playoffs, particularly against the Los Angeles Lakers in the Western Conference Finals. Grant made an impact on offense while also making life difficult for James and Anthony Davis on the other end of the floor.

In five games against the Lakers, Grant averaged 15.8 points on top of 3.6 rebounds and 1.2 steals per game. The 26-year-old will become a free agent when the free-agency period begins and is expected to get a lot of attention on the market because of his strong performance during the postseason. Duncan thinks that the Nuggets are still favorites to keep him, but he thinks the Heat has a chance if they will tender a strong offer.

"Grant was one of the breakout-adjacent ballers of the bubble, providing value as a shooter, cutter and multi-positional defender," Duncan said of the 26-year-old forward. "Firecracker athletes with off-ball value and defensive versatility are hard to come by. He could realistically cash in with a team with cap space (hello, Atlanta,again), though he’ll have plenty of interest from playoff teams. The Nuggets are in the lead, but tossing the full mid-level at Grant would be a smart play."

But if the Heat lose out in the race to sign Grant, Duncan said that Miami should consider signing Paul Millsap, who also played for the Nuggets last season. Millsap will turn 36 in February, but Duncan believes that he could be a valuable piece for Miami if they sign him on a team-friendly deal. He added that the veteran forward also managed to prove that he can still go toe-to-toe with the big dogs in the league.

"If not Grant, going for Millsap could be a cheaper but just-as-fruitful option,"Duncan said. "He did look a bit washed at points during the postseason, but still managed to defend Anthony Davis as well as nearly anyone while filling the gaps offensively. I’d argue that Millsap has a bit more in the tank than it would appear; operating as the backline defender in Denver’s aggressive pick-and-roll scheme puts lot of strain on those old bones."

Both Millsap and Grant will likely be available on mid-level exception. But if Miami decides to go all-in this offseason in the hope of winning the title this offseason, Duncan said that they should take a serious look at Serge Ibaka. Ibaka would also become an unrestricted free agent in the offseason. While he is already a veteran in the league, he is not expected to take a huge discount for title-hunting because he has already a ring to boast.

Ibaka averaged 15.4 points and 8.2 rebounds per game last season. The 31-year-old earned $23.27 million last season from the final year of his three-year, $65 million contract. Duncan believes that while Ibaka is unlikely to come cheap, he could be a great addition to the Heat and would be a great frontcourt partner with Bam Adebayo, who had a breakout year last season, when he averaged 15.9 points and 10.2 rebounds per game.

"He has been a fearsome rim protector for nearly his entire career," Duncan said of Ibaka. "It would likely take a sizable 1+1 deal, but an Ibaka-Adebayo frontcourt could be worth it. Ibaka would operate as the 4 on offense, working pick-and-pops and floating around the perimeter while the other Heatles work downhill. He would serve as the 5 on defense, hanging around the rim in the Heat’s drop scheme, or roaming the paint as part of their zone."

The Heat are also expected to be mentioned as one of the likely destinations for Danilo Gallinari. The Oklahoma City Thunder forward will be an unrestricted free agent and has declared that he wants to play for a title next season. This makes a return to the Thunder highly unlikely because they are expected to go on a rebuild, especially if they find a take for veteran point guard Chris Paul.

Miami made it known that they tried to trade for Gallinari during the trade deadline in February, but the Heat and the Thunder failed to find a common ground. He might be willing to take a discount to play for a contender, but it remains to be seen if the Heat are still high on him with the arrival of Jae Crowder and Andre Iguodala, who were both acquired before the deadline when the Gallinari negotiation fell through.

Crowder will also become a free agent this offseason, but the veteran forward has made it clear that he is hoping to return to Miami next season. The 30-year-old veteran averaged 12.0 point and 5.6 rebounds in 21 playoff games for the Heat, while also serving as one of their top perimeter defenders. Duncan expects to Heat to offer a two-year deal with a team option in the second year of the contract.

The Heat also have a decision to make on Goran Dragic, who will also hit the market in the offseason. Dragic is not getting any younger and suffered a foot injury during the 2020 NBA Finals. But despite his age and his injury, Duncan thinks that the Heat will do anything to keep him in Miami, citing his importance to the franchise over the past several seasons.

"Dragic is still a good player," Duncan said of the veteran guard, who averaged 16.2 points and 5.1 assists last season. "He was one of the NBA’s most prolific bench players. His pick-and-roll chemistry with Adebayo has become a half-court staple for the Heat. Beyond that: everyone, and I mean everyone, loves Dragic. It’s hard to overstate how much Dragic has meant to the Heat as a pillar of the Post-Bosh Era."

Aside from Crowder and Dragic, the Heat will also have to make a decision on free agents Meyers Leonard, Solomon Hill, and Derrick Jones Jr. Veteran big man Kelly Olynyk also holds a player option for next season, while Adebayo is eligible to sign a contract extension. During his recent press conference, Heat president Pat Riley said that their number one priority is to take care of their current players.

"We know what our priorities are," Riley said via ESPN. "It is to take care of the players that we have, that we have to make decisions on almost immediately. We know Bam has a decision to make and we do with him. We know the guys that have sacrificed for us that we really like, our free agents, especially Goran."

Miami might not get a lot of time to ponder about the future of their current free agents. According to ESPN, the league is considering to start the 2020-21 NBA season before Christmas Day. If the plan pushes through, all teams will have limited time dealing with free agents after the NBA Draft on November 18. The league and the players are expected to sit down and talk about the planned start date for next season.

If next season starts in November, the Heat will likely stand pat and decide against offering huge deals to any free agent this offseason because everyone knew all along that they have set their sights on the 2021 free agency. Miami has long been mentioned as a possible destination for Antetokounmpo, who recently won the NBA Most Valuable Player award for the second consecutive season.

Riley acknowledge that they want to keep their flexibility for next year's free agency, but the veteran executive known for making surprising deals is keeping his options open. Aside from free agency, they were mentioned as possible trade destinations for superstars like Antetokounmpo, Bradley Beal of the Washington Wizards, and Chris Paul of the Oklahoma City Thunder.