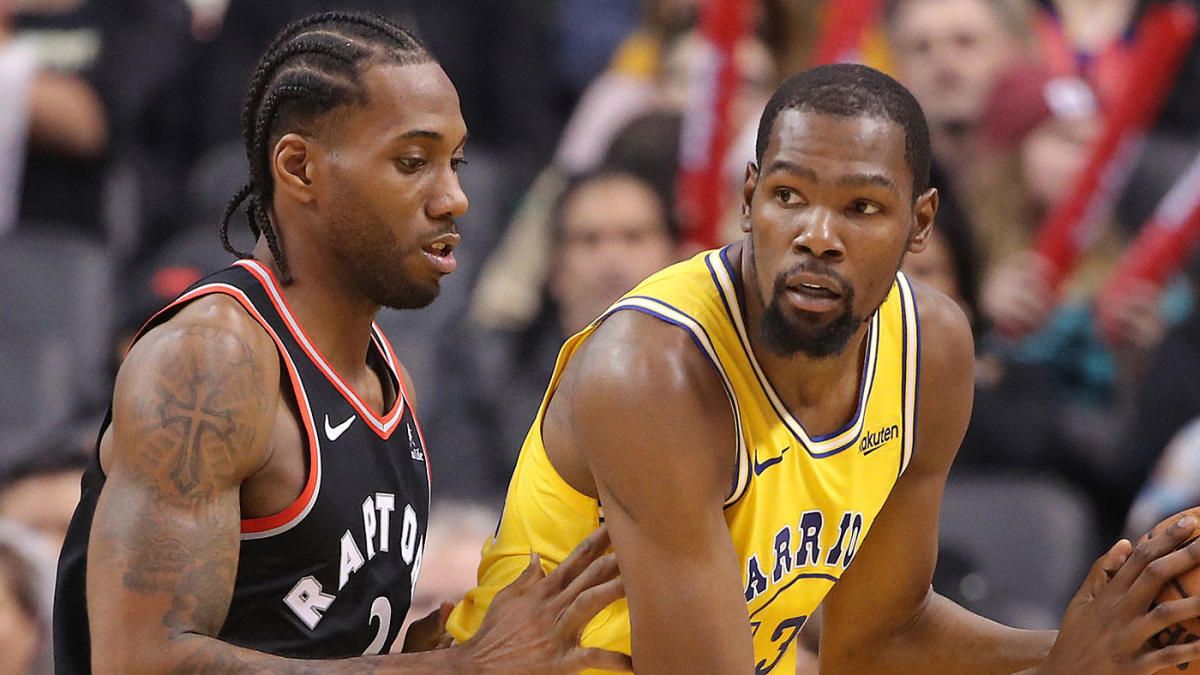 Kevin Durant will definitely savor his success with the national team after he and the rest of his Team USA teammates defeated Rudy Gobert and the French national team in the 2020 Tokyo Olympics Gold Medal match. It is without a doubt that Durant and Team USA silenced all the doubters, especially with all the criticisms and blame that they received when they lost two exhibition games against Nigeria and Australia.

Along with his impressive individual performance in the Olympic Games, Durant also made it to the news yesterday when his camp announced that he will be signing a contract extension with the Brooklyn Nets. KD joined the Nets in the summer of 2019, right after he and the Golden State Warriors lost to Kawhi Leonard and the Toronto Raptors during that season’s championship series.

Shlomo Sprung of the Boardroom first wrote about this exciting development in the Nets camp, saying that Rick Kleiman, KD’s long-tenured manager, has confirmed the news. It will be a four-year, $198 million contract extension for Durant, a smart move that will put him in position to chase his third NBA championship with Kyrie Irving, James Harden, Blake Griffin, Joe Harris, and the rest of his teammates in the Brooklyn squad.

Two years after joining the Brooklyn Nets, 11-time NBA All-Star forward Kevin Durant has agreed to sign a four-year contract extension with the team worth $198 million on Friday, Durant’s longtime manager Rich Kleiman confirms. Following the 2020-21 season, Durant had received $306,172,746 in total career earnings from his NBA contracts, which ranks No. 5 on the all-time list. The 32-year-old’s new deal in Brooklyn will take him above half a billion dollars earned on the court.

As part of this extension, Kevin Durant will decline his existing player option for the 2022-23 season, and will instead add four years beginning in 2022. Durant, a two- time NBA champion and Finals MVP as a member of the Golden State Warriors, signed a four-year, $164 million contract with the team on June 30, 2019 as part of a sign-and-trade to Brooklyn just 20 days after rupturing his right Achilles tendon in Game 5 of that summer’s NBA Finals. The 6-foot-10 four-time scoring champion didn’t play another NBA game for more than 18 months, missing the entire 2019-20 season.

Durant, who sat out the entirety of the 2019-20 season to recover from a major Achilles injury, delivered another brilliant performance in his first year of playing for the Nets. He put up a tremendous stat line of 26.9 points, 7.1 rebounds, 5.6 assists, 0.7 steals, and 1.3 blocks per contest. He also produced a very efficient set of shooting percentages, including an excellent 53% overall clip from the field, an outstanding 45% clip from the three-point line, and an 88% clip from the free throw line.

On top of that, it was in the playoffs that he turned it up a notch and came up with even more impressive averages of 34.3 points, 9.3 rebounds, 4.4 assists, 1.5 steals, and 1.6 blocks per game. It is without a doubt that he led the Nets on both ends of the floor, and that he re-established himself as a Top 3 player in the league after redshirting the entirety of the 2019-20 season.

By re-signing with the Nets, this is Durant’s huge opportunity to deliver a coveted championship in Brooklyn and add more credibility and hardware to his legacy. Of course, it is not as if KD’s legacy is not safe or not intact. He is, after all, one of the best all-around scorers of his generation and he already won two championships in his very productive and very illustrious career in the NBA.

So what does this mean for the whole Nets squad moving forward? As per a column written by senior writer Kevin Pelton for ESPN, the team will still have to keep their fingers crossed on the health of their three stars. Last season, the star trio of Durant, Harden, and Irving only logged in several games together, and Kyrie was even injured when the Nets lost that seven-game series to Giannis Antetokounmpo and the eventual NBA champions, the Milwaukee Bucks.

Ultimately, those changes won't matter much in the postseason if Brooklyn's Big Three can't stay healthy. After the Nets cruised past the Boston Celtics in five games in the opening round, Harden aggravated a hamstring strain in the early stages of Game 1 against Milwaukee. The Nets still won the first two games of the series at home without Harden and were up 2-1 when Irving suffered an ankle sprain. With Harden severely limited and Irving unavailable the last three games of the series, Brooklyn lost a heartbreaking Game 7 at home in overtime.

Knowing how close they were to beating the Bucks must have made it difficult for  the Nets to watch Milwaukee go on to beat the Atlanta Hawks and Phoenix Suns for  the franchise's first title since 1971. Brooklyn came within an inch of winning Game 7 when Durant's shot late in regulation was ruled a game-tying 2-pointer rather than a 3 that would have given the Nets the lead. Looking forward, Brooklyn's ability to give the eventual champions everything they could handle in a playoff series bodes well. Aging is a concern for the Nets, whose three stars will all be in their 30s by the start of the postseason. Nonetheless, with Durant another year  removed from Achilles tendon surgery, Brooklyn deserves to enter next season as the title favorites.

Kawhi Leonard to re-sign with the Clippers

It is not just Durant who made waves as a superstar about to ink a contract extension with their current team. Leonard, who opted out of his player option with the Los Angeles Clippers, is reportedly signing a fresh new deal with the team. As per a column written by Ohm Youngmisuk for ESPN, he mentioned that a source confirmed that the two-time Finals MVP is indeed coming back to the Clippers to help them chase that elusive and coveted NBA title.

Leonard, who turned 30 years of age just last June, put up an all-around stat line of 24.8 points, 6.5 rebounds, 5.2 assists, and 1.6 steals per game for the Clippers last season. It was just unfortunate that Kawhi suffered a major injury in the middle of the Clippers’ semifinals series against the Utah Jazz. The Clippers still won that series, but without him in their Western Conference Finals bout against Chris Paul, Devin Booker, Deandre Ayton and the Phoenix Suns, the team lost steam in the end and lost their chance of finally entering the NBA Finals.

Even with the fact that Kawhi opted out of his player option with the Clippers, many people still expected that he would strike a deal to come back to the team. That deemed true as the Clippers front office did not just successfully bring back Kawhi, but they also reportedly re-signed scoring point guard Reggie Jackson, who is coming off a spectacular and efficient performance for the squad last season.

With Kawhi and Jackson already on board, the Clippers will now roll out the core of their squad that made it to the conference finals last season. They still have star small forward Paul George on the roster, along with recently re-signed versatile combo forward Nicolas Batum and young big man Ivica Zubac.

Terms of the deal are being finalized for Leonard, who declined his player option for $36 million this coming season to become a free agent but was expected to return to the Clippers. His decision to stay comes on the same day that Reggie Jackson agreed to re-sign with the Clippers for a two-year, $22 million deal, his agents, Aaron Mintz and Erika Ruiz, told ESPN's Adrian Wojnarowski. Also, the Clippers agreed to terms on a two-year deal with forward Justise Winslow, his agents, Austin Brown and Ruiz, told Wojnarowski.

Leonard's decision to return, which was first reported by Yahoo Sports, comes as the two-time Finals MVP is recovering from surgery on July 13 to repair a partially torn right ACL that kept him out of the Clippers' final eight playoff games. Leonard is expected to miss significant time, but the Clippers are thrilled to have Leonard and Jackson back. Frank said after the draft that the team wanted to bring back Leonard, Jackson, Nicolas Batum and Serge Ibaka. All four are set to return. Batum agreed to a two-year deal earlier this week and Ibaka already exercised his contract option to return for a second year.

Along with Leonard and Jackson, Batum also agreed to come back to the Clippers, even with all the interest and offers he garnered from other contending squads. This is definitely a steal of an acquisition for the Clippers, especially with how important of a role Batum played for them in the playoffs.

The Clippers also brought in defensive-minded forward Justise Winslow, who is coming off a string of injuries that have hindered his progress as an all-around player in the league. Still, many people believe in the potential of Winslow as he packs a versatile skill set with his defense and his ability to make plays for his teammates.