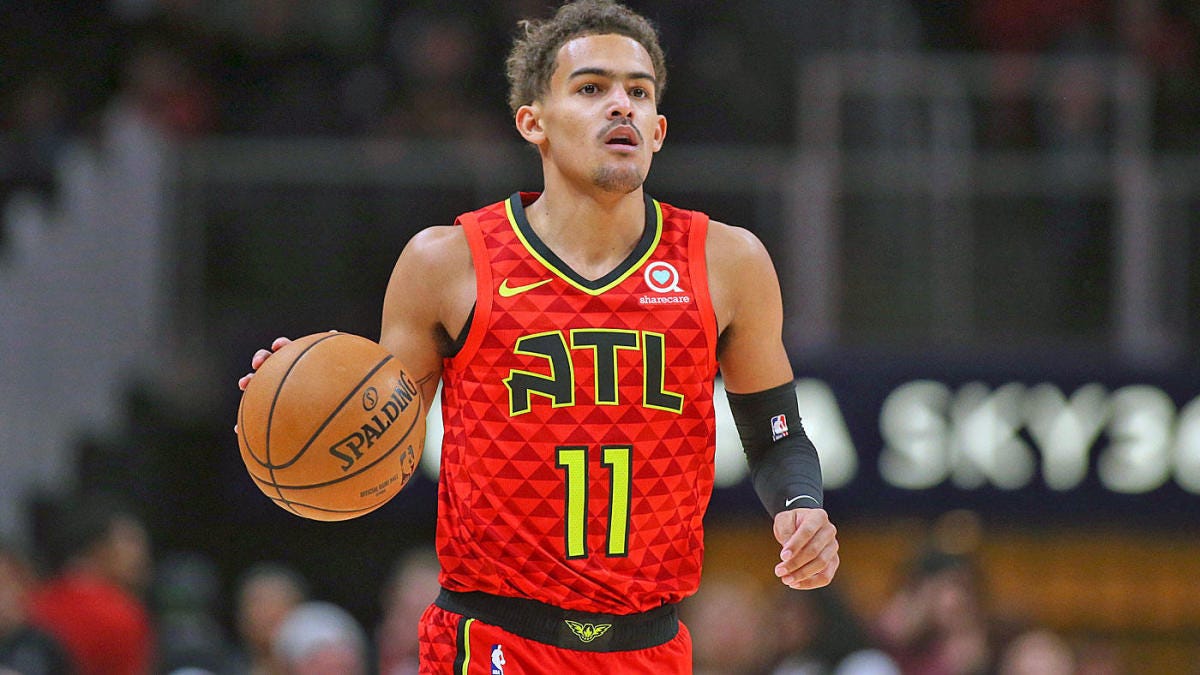 Just days after Chris Haynes of Yahoo Sports tweeted out that Atlanta Hawks young star Trae Young is “mulling decision on whether to remain or terminate contract with Octagon Sports”, it is now reported that the All-Star point guard is moving to Rich Paul’s Klutch Sports.

With the fact that his agent Omar Wilkes left Octagon Sports to become the head of basketball operations at Klutch Sports, Young has followed suit and is set to join the agency that also has Los Angeles Lakers stars LeBron James and Anthony Davis as clients. The Hawks’ sophomore guard has notched his first All-Star appearance this season, norming stellar averages of 29.6 points, 4.3 rebounds, 9.3 assists and 1.1 steals per contest.

In a column written by Chris Kirschner of The Athletic, he detailed out how Young and Wilkins created their partnership when the star was still playing college ball for the Oklahoma Sooners.

“Omar Wilkes, who was a rising agent for Octagon Sports at the time, made his relationship with the Young family a priority from that tournament onward. Before signing Young, Wilkes hadn’t signed a bonafide star. His first client was Solomon Hill, who was projected as a second-round pick at best but ended up being selected at No. 23 in the 2013 draft. Wilkes also had signed T.J. McConnell, Isaiah Taylor and Alan Williams, three undrafted players who ended up signing contracts in the NBA. In 2017, Wilkes signed OG Anunoby, Toronto’s first-round pick. Young was Wilkes’ chance to land his first lottery pick.

By the time Young’s freshman season at Oklahoma ended, he had numerous agents from all of the top agencies trying to sign him, but he decided to sign with Wilkes. He was 33 and could relate to Young when it came to music and entertainment culture and could have conversations that Young just couldn’t have with some of the older agents who were recruiting him.”

Kirschner also emphasized that Wilkins took the time to develop friendships with Trae’s family, as well as really get to know the young star’s tendencies and personalities. Rayford Young, Trae’s beloved father, even said that Wilkins “truly cares” and that he “wasn’t in it to make an extra dollar.”

Having said that, there are already growing speculations that Trae could soon end up playing for the Lakers in the future. It is no secret that it was Rich Paul who worked his wonders in getting AD to Hollywood. These same rumors also propped up when Philadelphia 76ers All-Star Ben Simmons joined Klutch Sports. It is widely-known that LeBron acts as a mentor for the 23-year old Simmons, and they were recently seen working out together during the NBA’s lull time due to the global pandemic brought forth by the coronavirus.

However, Rayford is quick to temper LA fans’ expectations. In that interview with Kirschner, Trae’s father emphasized that his son did not sign with Klutch Sports because of LeBron and AD, and certainly not because he wants to jump ship and join the Lakers in the future.

“Trae didn’t go to Klutch just because of A.D. or LeBron. He went there because he believes guys like Rich and Omar can make some calls for him. You have to go with who you’re comfortable with. That’s on the court and off the court. Hopefully, Trae is in the position one day to play with who he’s comfortable with. That’s just the opportunities he’s building for himself now.

I would ask those fans who are fans of Trae or Atlanta fans to just look at his history. He knows this is a team effort, but he wants to have that statue next to Dominique (Wilkins) one day, man. I’ve told you this before, my son is 6-foot-1, but he thinks he’s the best player on the court no matter if LeBron is on the floor with him. Hopefully, it never backfires on him, but he’s got big balls and is very confident. He just knows what he wants to accomplish. I never think my son is going to join a super team unless they all come to Atlanta. He’s just got too much pride to do that. Maybe that pride will backfire, but who knows. My son has seen it happen here in Oklahoma City with (Kevin Durant). He wasn’t one of those who called him a cupcake, but he’s seen the backlash of something like that happen.”

Moreover, the Hawks recently made great moves to improve their roster. They acquired young budding defensive big man Clint Capela from the Houston Rockets. Capela will join forces with frontcourt partner John Collins, who is posting double-double averages of 21.6 points and 10.1 rebounds this season.

On top of that, Atlanta has surrounded Trae with talented multi-dimensional perimeter players in Cam Reddish, Kevin Huerter and DeAndre Hunter. It is also worth noting that the Hawks have a solid shot at landing the top overall selection in this year’s draft. If they can bring in a proven veteran star to the mix, there is no doubt that Trae and this young Hawks squad will make noise in the Eastern Conference next season.

With a losing record of 20 wins against 47 defeats this season, the Hawks are one of the eight teams not participating in the season resumption. There are reports saying that these “left out” teams are negotiating with the NBA to host joint workouts and scrimmages, although no concrete decision has been made just yet.

Anthony Edwards, one of the names deemed to be a potential top overall selection in the 2020 NBA Draft, has also been brought in by the Klutch Sports Group. This interesting development comes right after Omar Wilkes, Edwards’ former agent with Octagon Sports, announced that he will be moving to Klutch to assume the position of head of basketball operations.

Edwards, who played his one-and-done year in Georgia, put up an all-around stat line of 19.1 points, 5.2 rebounds, 2.8 assists and 1.3 steals per contest in his only year of playing college ball. A 6-foot-5 combo guard who has do-it-all abilities on the offensive end, Edwards is projected to be the best offensively-gifted player in this year’s draft class.

Obviously, Edwards’ decision to leave Octagon was influenced by Wilkes’ move to Klutch Sports. Trae Young, another Wilkes’ client, also did the same move and is now under Klutch’s umbrella. Rayford Young, Trae’s father, had heaps of praises for how deeply Wilkes connected to Trae. Rayford said these statements through an exclusive interview with Chris Kirschner of The Athletic.

“He knows all of my kids. He knows what their hobbies are, where they go to school, what they like to do — he does his homework. That was what blew us away in our meeting with him and Octagon. He looked Trae in the eye and said, ‘I know when you dribble to your left, you do this. When you dribble to your right, you do this. I know your sisters are so many months apart in age and you guys are close. I know you’re close with Timothy and are very protective of him.’ He was just on it and knew everything. It showed that he did his homework and truly cares. He wasn’t in it to make an extra dollar.

A key to having a long career is making the right moves and right decisions. I think the thing that is great about Omar is I have taken a total step back, and I can just be a dad and talk to my son about father-son things like the Black Lives Matter movement and other things that are going on in our country. I don’t have to talk to my son anymore about, ‘Hey, did you get shots up today? Have you talked to Lloyd (Pierce)?’ Omar has done a great job with that. He’s not a father figure to him, but he’s a friend and someone who probably has had conversations with him that Trae may not want to have with me. You always have to have that kind of guy in your corner who you can trust, build with and he’s going to fight for you tooth and nail.”

As for Edwards, this is indeed a huge step towards the right direction. Klutch Sports’ long list of clients include LeBron James, Anthony Davis, Ben Simmons, Eric Bledsoe, Draymond Green and John Wall.