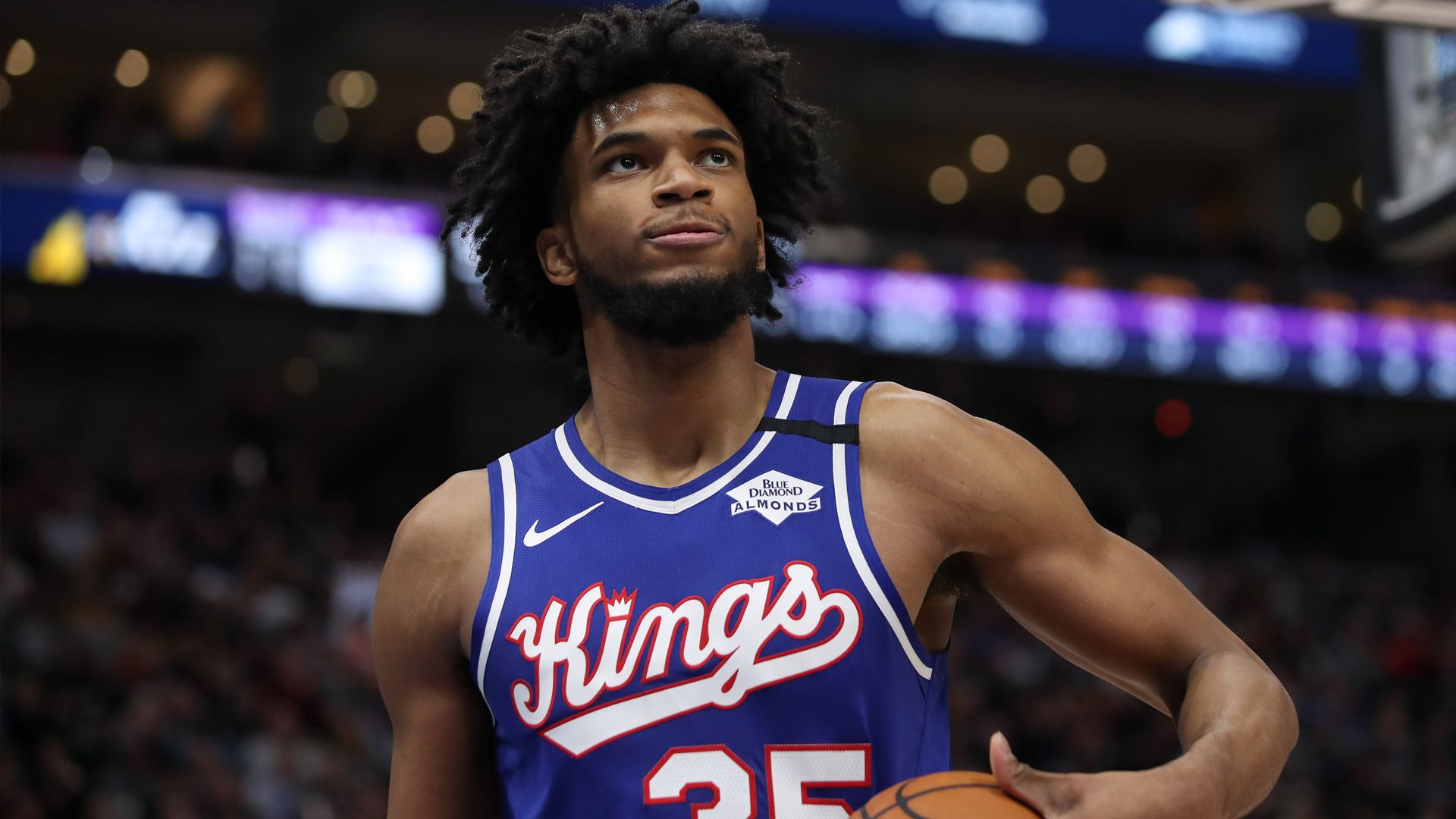 The Kings’ 21-year old sophomore big man is back on full health and will be joining the team when they compete for the last playoff spot in the Western Conference. Marvin Bagley has appeared in only 13 games for the Kings this season, and has been recovering well from the major foot injury he sustained.

During a video conference call he had with the media last Thursday, the athletic lefty power forward provided the good news that he is already fully-recovered from the left foot injury. He also said that he is already preparing for the Kings’ campaign in the Orlando bubble by working on his long-range shots and ultimately getting stronger. (h/t NBC Sports’ James Ham)

“I feel great, I feel 100 percent. I’m ready, I’m ready to go. It’s just about controlling what I can control and keep continuing to move forward and get better. I’m excited. I was like 230-something and it went down as the season progressed, but since we started coming back, I’m at 240 and I feel great, I feel strong, I still feel fast, I still feel like I can do what I do, but adding a little muscle on.

I’ve been focusing on my shot a lot, along with the other parts of my game. But my shot and getting stronger was the main thing that I wanted to focus on and work on coming back with the team and getting ready for Orlando. It’s gotten a lot better. I still have a lot of work to do and I’m excited to keep building on it.”

Had the season progressed in its usual course, it was impossible for Bagley to return to healthy form again this year. In a report last March, it was emphasized that there’s no exact timetable for the big man’s return. But with the NBA suspending the season due to the global pandemic, Bagley used the lull time to recover and work back to 100% strength.

Having said that, the Kings young budding star still has plenty to prove. On a year in which he was expected to break out, Bagley is only norming 14.2 points, 7.5 rebounds and 0.9 blocks per game. Those numbers are even slightly below his stat line during his rookie season last year.

Now, it has become apparent that Bagley may not even play at all during the season restart. Kings head coach Luke Walton said that he will still test out Bagley’s chemistry with his teammates and see if he could play well and keep up with them. It’s important to note that Bagley has not played a competitive NBA game for a while now, and he could be a bit rusty. On top of that, Walton also reiterated that the Bagley-less Kings squad were playing at their best before the season was suspended.

“I’m thrilled that he’s feeling better and looking good. You look into the season and one of the things where you look at missed opportunities and unfortunately, injuries are part of the game, but he missed a ton of this season. That’s just so much room for growth for a young player that needs to happen. You need to play to continue to get better.

So we’ll take a look at it when we get to Orlando and we’re really scrimmaging and we’ll see who’s playing well. We were playing really well at the end of the season so we weren’t really going to mess with what we had going on rotation-wise at that time. Now that there’s been this much time off, we’ve got to take a look at it again.”

Indeed, the Kings have brushed off their early struggles to put themselves in the race for a playoff spot in the West. Walton made a very risky decision of demoting Buddy Hield to a sixth man role, but it paid dividends as Hield now provides a much-needed scoring punch off the bench.

With that said, it remains to be seen if Bagley will do enough to crack the rotation in the season restart. With only eight games on their schedule, the Kings have to be almost perfect to snatch away a playoff spot. They will face DeMar DeRozan and the San Antonio Spurs in their first assignment, followed by games against the Orlando Magic, Dallas Mavericks, Los Angeles Lakers, Brooklyn Nets, Houston Rockets and two games against Zion Williamson and the New Orleans Pelicans.

The Dallas Mavericks will be missing a solid veteran presence on the court as 34-year old shooting guard Courtney Lee has injured his calf during the league’s lull time. It was reported a couple of weeks ago that the veteran defensive ace injured his left calf, although there was no reports regarding the cause of the injury.

In what ESPN’s Tim MacMahon pointed out as a “freak accident”, Lee’s absence should leave a gaping hole on the Mavericks’ backcourt depth. They are already without back-up point guard Jalen Brunson, who injured his shoulder before the season suspension. However, Marc Stein of The New York Times reported that it’s still Lee’s desire to join the squad when they participate in the Orlando bubble.

“The Mavericks' Courtney Lee notified the team this week that he is eager to join them at Disney World despite a calf injury expected to end his season, league sources say. Lee is a popular veteran in the Dallas locker room who emerged as a starter in March before the NBA shutdown.”

Lee, who is on his 12th season in the league, is norming a stat line of 4.5 points, 1.3 rebounds and a 45% clip from the three-point line. He is averaging only 14.4 minutes per contest, but it was highly-expected that his playing time will increase following Brunson’s injury.

Aside from Lee and Brunson, the Mavericks will also miss the presence of key cogs Willie Cauley-Stein and Dwight Powell. Powell injured his Achilles last January, while Cauley-Stein decided to sit out the season resumption to be with his partner as they expect a child this month.

It is also reported that the Mavericks front office inked scoring point guard Trey Burke to a deal for the season restart. Burke actually played for the Mavericks last season, averaging 9.7 points and 2.6 assists in 25 games. He played for the Philadelphia 76ers this season, and normed a stellar 42% clip from the three-point line. But he was waived before the buyout deadline, paving the way for him to become an unrestricted free agent.