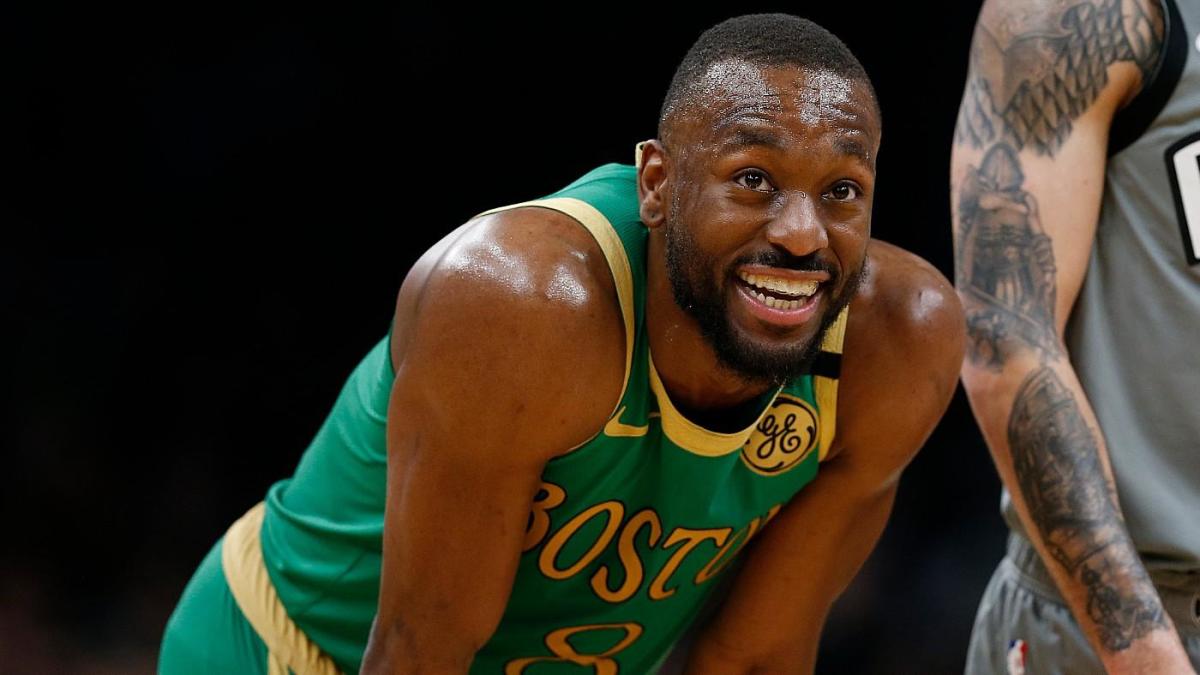 While it’s true that the Boston Celtics have been working beautifully as a team, there is a little bit of a concern about Kemba Walker’s performance this season. Coming off a career-high scoring season of 25.6 points per game last year, Walker’s offensive production is now down to 21.2 with the Celtics.

Of course, that downward spiral could be attributed to the fact that Walker had to shoulder a very heavy burden on offense while still playing for the lowly Charlotte Hornets last season. With Jayson Tatum rising to All-Star prominence and offensively-gifted perimeter players Jaylen Brown and Gordon Hayward on the Celtics roster, Walker doesn’t have to do the heavy lifting anymore.

However, it also turns out that the four-time All-Star scoring guard was playing through an injured knee up until the NBA suspended the season due to the coronavirus. As per Jay King of The Athletic, he revealed that Walker was actually “bothered by an injured knee” and that the lull time has indeed helped him recover from it.

Instead, the NBA grind stopped abruptly. If there was any benefit to such a long pause in the league’s schedule, it was that players received time to rest their bodies. Walker went home to live in Charlotte, N.C., with teammate Grant Williams. They worked out regularly, but Walker got almost four months to strengthen his knee without all the pounding of typical NBA duties. Players all over the league benefited from the time away, but Walker in particular needed it.”

Despite the injury, Walker is still putting up his usual all-around numbers. The 30-year old spitfire gunner is averaging 21.2 points, 4.1 rebounds and 4.9 assists for the Celtics this season, while also assuming a leadership role for the team. There is no doubt that the Celtics’ overall team atmosphere has been better this year, and Walker has greatly contributed to that.

With the season resuming in the 30th of July, Boston is currently sitting on the 3rd spot in the Eastern Conference. Walker says that he and his teammates have been working hard to be in competitive shape during the quarantine season.

“I’m ready to go. I’m definitely ready to try and expand my game to higher levels so  we can just be a better team. Especially the way I ended the season, I wasn’t really  happy with the way I was playing. So I’m excited.

We’re just looking forward to going out there and just handling our business. We’re working hard right now. Guys worked hard over the quarantine to keep in shape and keep their bodies in shape. So we’re going to be ready to go for sure.”

The Celtics are sporting an excellent record of 43 wins against 21 defeats this season. For their first assignment in the season restart at Orlando, they will be going up against Giannis Antetokounmpo and the league-leading Milwaukee Bucks.

Before the season was suspended last March, 76ers All-Star point forward Ben Simmons sat out the team’s last eight games due to a back injury. But with all the time given to him to fully recover, Simmons now reveals that he is more explosive and more than ready to lead the Sixers to a deeper run in the playoffs.

During a conference call to the media last Thursday, the two-time All-Star also said that he actually didn’t know if he could play again this season if the current 2019-20 campaign was not suspended due to the global pandemic. (h/t ESPN’s Tim Bontemps)

"More explosive, definitely, but [also] more control. I feel a lot more control when I'm out there on the floor, and I know what I'm capable of with my body and it just feels very good and overall I feel like I'm back to 100 percent, and it's a good feeling.

No idea. I'd be able to tell you if we got there, but I was at a point where I was feeling comfortable with getting back on the floor. But it also was a different type of pace to a workout, so it's really hard to judge. But I felt very good. I felt like I was ready. But this extra window of time, it's a blessing that comes with everything going on, but I'm using it to my full advantage to get back out there, so I'm ready to go."

Riding a second consecutive All-Star appearance, Simmons is averaging all-around numbers of 16.7 points, 7.8 rebounds, 8.2 assists and 2.1 steals per contest. He has also become one of the most versatile defenders we have in the league, and it does not come as a surprise that he is a candidate considered to be in the running for the Defensive Player of the Year award this year.

Despite the fact that he is yet to develop a long-range shot, Simmons’ unique skill set has pushed him to be an excellent playmaker and defender. With him and co-star Joel Embiid holding the leadership mantle for the Sixers, they have a solid shot at topping the East in the playoffs and play for the championship.

During the conference call, Simmons also took the time to address the situation he will be facing in the Orlando bubble. While it is true that the NBA has prepared an excellent plan in putting forth specific safety precautions, there are still growing concerns on the possible event that a heavy widespread occurs in the bubble environment.

"I trust in the NBA and in those older vets like Bron and like CP3 who are ready to go down there. Also, this is our job. I believe strongly that personally, I don't have any problems with people who want to sit out. Everybody's personal stuff is different, so I can't speak on anybody else, but personally for me I want to get out there and play.

Wherever my team is, I feel like it's my responsibility to go down there and represent Philadelphia in the highest way possible, and I think this is the right way to do it. If we're safe down there, and I trust in what the NBA is doing, and they're taking extreme precautions with this. So I feel like if we're all going, I'm in. I'm with my teammates and I never would want them to go down and not expect to see me there. So I'm all-in with my team."

As for the Sixers, it is now about overcoming the odds and beating out heavy favorites like the Milwaukee Bucks and the Boston Celtics in the East. For their first task in the season resumption, they will be going up against a Victor Oladipo-less Indiana Pacers, followed by a match-up with DeMar DeRozan and the San Antonio Spurs.

It is also arguable that the Sixers have one of the easiest schedules in the restart. Out of their eight assignments, they will be facing five teams who have losing records. The other teams they will be going up against are Pascal Siakam and the 2nd-seeded Toronto Raptors, and James Harden and the Houston Rockets.

Philly is currently holding on to the 6th spot in the East, sporting a record of 39 wins against 26 defeats. They are tied with the Pacers in terms of win-loss slate, but Indy has the upper hand in the tiebreak advantage.