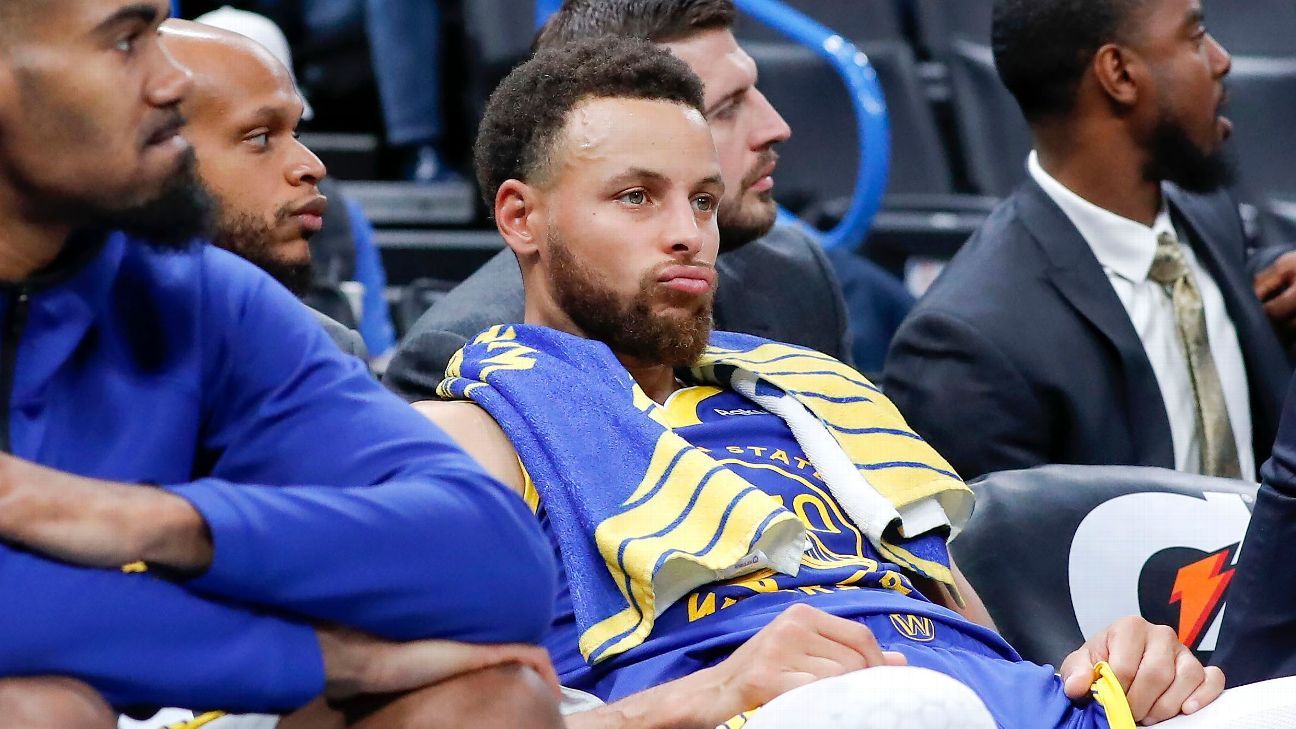 There’s still a bright hint of hope that Warriors superstar guard Stephen Curry will return at some point this season. After reports surfacing a couple of weeks ago that the two-time Finals MVP could miss the rest of the year, Curry himself has assured everybody that he still plans on trying to salvage the Warriors’ downward trending season, per Nick Friedell of the ESPN.

"I definitely expect to be ready to play. I don't know when -- at some point in early spring. Just a matter of the rehab process. I've never obviously broken anything and dealt with a hand injury like this. ... [But] I'm excited about the potential that the rest of the season isn't lost."

Curry, who broke his left hand during a loss to the Phoenix Suns last month, joined fellow Splash Brother Klay Thompson on the Dubs’ injury list. Draymond Green and newly-acquired All-Star D’Angelo Russell have also missed time this season, and the crippled Warriors are off to a lowly 2-9 record to start the year. It is indeed a far cry from the powerhouse squad who have been to the Finals for five straight years. People are already speculating that Golden State may be in for a “tanking season” but Curry is still bent on helping them be more competitive at the middle part of the year.

However, a potential Curry return may be easier said than done. Curry told Friedell that he still needs to go through a second surgery next month.

"As part of the rehab, I have to get a second procedure done at the beginning of December probably and remove some of the pins that they put in there. So the swelling's going to be something that's of the utmost priority early in the rehab process to give me a chance to come back and get my range of motion back pretty  quickly. So travel is not in the cards right now, but hopefully when the new year hits, I'll be able to be on the road and progress quickly in terms of things that I can do on the court, in the weight room, all that type of stuff, and obviously be around the team as much as I can."

This is the first time that Curry is having a hand injury, but the recovery and rehabilitation process is not a new territory for him. The three-time NBA champion endured consecutive mishaps to his ankle during the early years of his career. Those times even prompted the Warriors organization to trade him and retain then-backcourt partner Monta Ellis. Fortunately, the team took their chances on the young Curry and the latter rewarded them with multiple championships. Steph has overcome lots of hurdles in his basketball career, so there is no doubt that he will come back from this hand injury even better and stronger.

But then again, Curry will not be pushed to be extra aggressive in his rehab. If the Warriors keep losing like this, his slated January or February return won’t mean that much for their fading playoff hopes. There’s also the fact that a losing record means greater chances of landing a higher draft pick. Of course, the proud Warriors front office won’t admit to being enamoured by this possibility but it is there for the taking.

The Clippers will finally have the chance to field in their superstar duo, arguably the best we have in the league right now. Paul George is set to make his Clippers debut, joining forces with Kawhi Leonard as they take on the Zion Williamson-less New Orleans Pelicans on Thursday. ESPN’s Ohm Youngmisuk reported about this exciting development for the Clippers fan base.

The Clippers have back-to-back road games against the Houston Rockets on   Wednesday and the Pelicans on Thursday. George is listed as questionable for Wednesday's game.”

The 29-year old forward went through a shoulder surgery in the offseason, forcing him to miss training camp and the team’s first 11 games. Despite the absence of George and the load management process that Kawhi has been placed on, the Clippers are still off to a 7-4 record to start the season.

Of course, this is not the first major injury that George has to overcome. He suffered that scary leg injury during the Team USA scrimmage in 2014, but he has come back a more skilled player after. George is coming off a career season for the Oklahoma City Thunder last year, averaging 28.0 points, 8.2 rebounds, 4.1 assists and 2.2 steals per contest. Those are MVP-worthy numbers, an almost-impossible feat to achieve when you’re playing alongside a ball-heavy scoring point guard like Russell Westbrook.

However, his partnership with Westbrook didn’t translate to playoff success so both stars decided that it was to move on from the franchise. George was traded to the Clippers, a domino that set forth the Kawhi Leonard signing. But we are forced to wait for how he and Kawhi will mesh as the shoulder injury he played through during the last playoffs was already becoming unbearable. George says that the rehabilitation process is really tiring, but he knows now what to expect moving forward, per Mark Medina of USA TODAY.

But the process has just started for him and his Clippers teammates. Now that George is healthy and ready to play, expectations will be higher for them. After the Pelicans game, they will go back home to host the Thunder, the Boston Celtics and the Houston Rockets.

Houston Rockets sharpshooter Eric Gordon is set to undergo a knee surgery that will keep him out for six weeks, per Michael Shapiro of Sports Illustrated. Rockets head coach Mike D’Antoni told Fox 26’s Marc Berman that Gordon already injured that knee last season but opted to play through it.

"It's been bothering him, actually, from the middle of last year. So I think he's  probably relieved that he can clean it up, get it going, so he can come as back strong  as ever."

Gordon, who just signed a four-year, $76 million contract extension with the Rockets last offseason, has seen a big dip in his production. The 30-year old swingman is just averaging 10.9 points per game, way below his 16.2 points last season. His shooting has been atrocious, considering that he is one of the best gunners we have around the league. He is only making 31% of his shots, 28% from beyond the arc, and 64% from the free throw line.

Still, Gordon is already a tested and proven veteran. His struggles may be the effect of his knee problems so it’s just fitting that he fix it before the stakes become much higher at the second half of the season. Rockets general manager Daryl Morey had that exact same sentiment, saying that the squad needs him more in April.

“He’s a big factor. Every team’s dealing with injuries. We’re gonna have to fight through it.” (Blessing in disguise it’s early in the season?) “Obviously that minimizes the impact. Our goals are big. We need him in April the most.”

With Gordon out for several weeks, a heavier offensive burden will be placed on the able shoulders of Westbrook and James Harden. However, the team’s roster depth will be greatly tested. Gerald Green, another scoring guard, is also down with an injury. Austin Rivers, Ben McLemore, and Thabo Sefolosha are all expected to log in more minutes to fill in for Gordon’s absence.