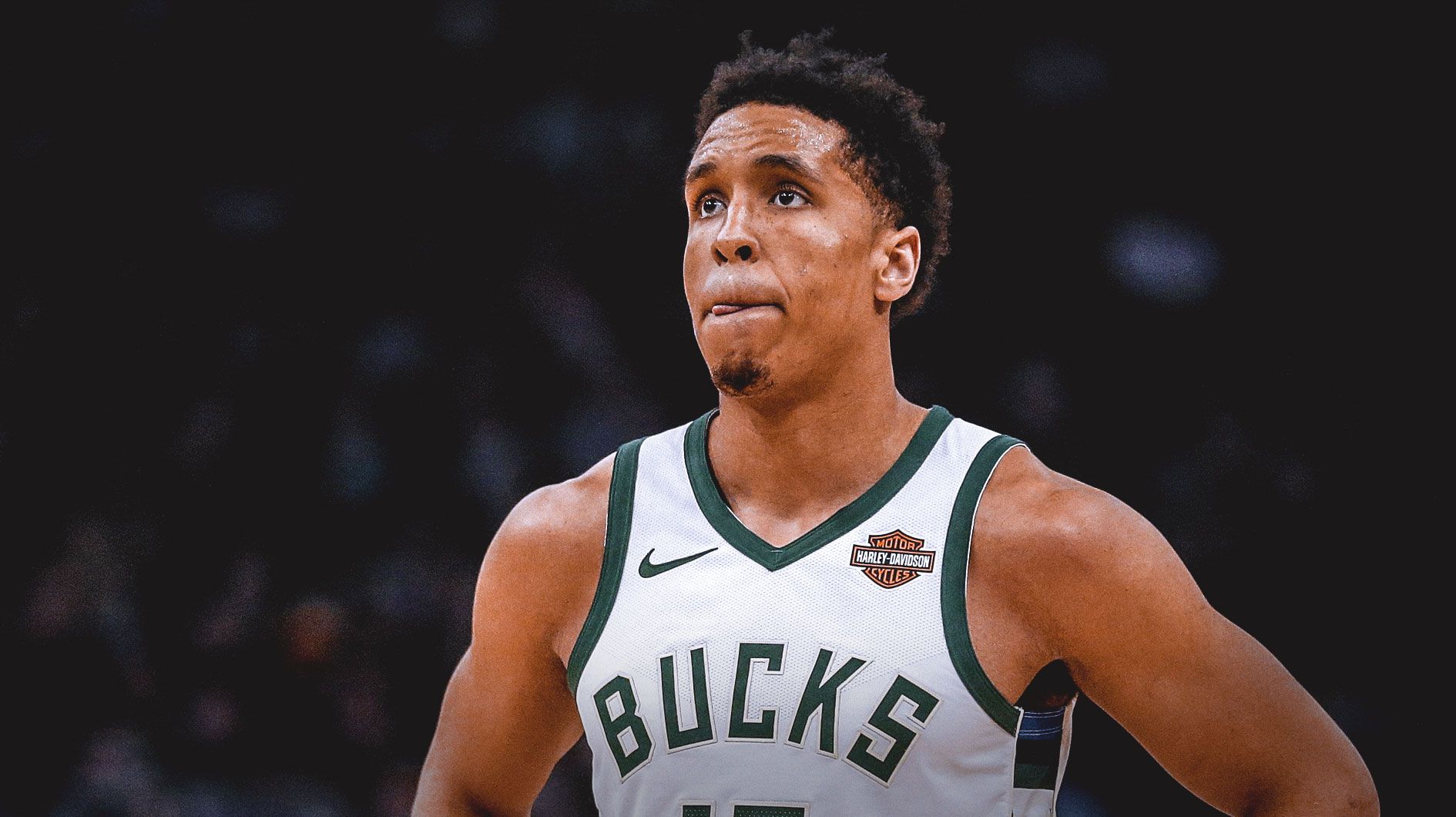 Brogdon, who is posting outstanding all-around numbers of 15.6 points, 4.5 rebounds and 3.2 assists per game this season, is still listed as out for the upcoming Bucks’ Game 3 match-up against the Boston Celtics on Friday. The good thing though is that Brogdon is already scrimmaging with the team, and doing individual workouts to keep his body in shape for the remaining games of the postseason.

Ben Steele of the Milwaukee Journal Sentinel sat down with Bucks head coach Mike Budenholzer, with the latter saying that Brogdon’s “status is still the same”, and that they are “still kind of evaluating him.”

"I think he's in a good place. I think he continues to make progress. He continues to  kind of move forward. We'll see how today goes. See how he's feeling and we'll update (Friday).

Once we make a decision, if and when he is going to play, we'll talk then about what we can expect from him.”

Brogdon, the 2017 Rookie of the Year awardee, has been the team’s most efficient shooter, eclipsing the coveted 50-40-90 shooting percentages so far this season. The combo guard is in the Top 10 for three-point percentage (43%) and is leading the league in free throw clip (93%). Giannis Antetokounmpo, his All-Star teammate, says that Brogdon’s potential return would definitely boost the squad, but also reiterates that Malcolm doesn’t have to rush his recovery.

"He's definitely going to help us a lot. I had a chance to talk a little with Malcolm     and told him 'Make sure you're 100%. Do not come in when you're not ready. We definitely need you. We need you every second out there. If you can come back right now, come right now. But if you need to take a little time to be 100%, take it.' "

With the series knotted at 1 win apiece, it is highly-likely that the Bucks and Celtics will take a long ride out of this round. We could see a potential Brogdon return in Game 5, but it’s very difficult to anticipate his comeback given that the Bucks haven’t provided an exact timetable.

Although he did return after badly dislocating his left middle finger during the Warriors’ Game 2 win against the Houston Rockets, there’s still some concerns among Bay Area fans as to the extent of Curry’s injury. Fortunately, the team reported that the X-Rays returned negative and the two-time MVP didn’t actually break his finger.

Curry hints that there’s still some pain on his left middle finger, but the good news is that it doesn’t come close to a major injury and there’s greater chance that he will play in Game 3, per Matt Schneidman of The Mercury News.

“It hurts, but it’ll be alright. I didn’t break anything. I am fortunate and some higher powers were looking out for me on that one, but hopefully before Saturday that goes    away and I’ll be fine. I was able to play. It’s different when I’ve never had a dislocated   finger like that before and they pop it back in and you’re just dealing with pain, but I wasn’t thinking about it out there.”

Curry dislocated his finger during the opening period of that game, but he did finish it out with the team and came away with 20 points, 5 assists, 3 rebounds and 2 steals. Warriors head coach Steve Kerr says that Curry attended practice on Thursday as they expect him to tough it out in Game 3, per ESPN’s Nick Friedell.

"He practiced fully. He's got it taped up, but it's probably good that we've got a few days off. So hopefully the pain will continue to go down as we get closer to game time."

Steph is averaging 23.3 points through eight playoff games this year, but there are some indications that the six-time All-Star is still reserving his best efforts as the team enters the deeper stages of the postseason. The defending champs are already one key player out with the unfortunate DeMarcus Cousins injury, so health should be a very crucial factor for their title hopes.

A bad night didn’t turn out for the worse as Rockets superstar guard James Harden has escaped damages to his corneas when he incurred an eye injury after being accidentally swiped by Warriors All-Star forward Draymond Green. ESPN’s Tim MacMahon recently reported about the growing optimism in the Rockets’ camp that Harden will be medically cleared before Game 3 on Saturday.

“After the Rockets' flight landed in Houston on Wednesday afternoon, Harden went  straight to an eye doctor. Tests revealed no damage to either of Harden's corneas, a   source said, and the Rockets expect his vision to be completely clear by Saturday's Game 3.”

MacMahon also reported that Harden “suffered contusions in both eyes and a laceration on the inside of his left eyelid” after the Green unintentional hit. The Beard was still able to finish the game, producing 29 points, 7 rebounds and 4 assists in the crucial loss. During Thursday practice with the team, Harden told reporters that his vision has actually gotten better, per Emily Caron of Sports Illustrated.

"Nah, still tough. Especially in bright lights. But I can see y'all a little bit better, so that's all that matters."

With the season technically on the line as another loss will put them in a 0-3 hole, it’s difficult to imagine Harden sitting out Game 3 in front of the Houston crowd. However, the Rockets have plenty of adjustments left to do as the Warriors have practically outdueled them in almost all facets of the series’ first two games.

Anunoby, a key piece of the Raptors’ rotation, will apparently take more time to recover from the emergency appendectomy he went through midway through last month. After initial optimism that he could return in the on-going second round of the playoffs, Toronto head coach Nick Nurse dropped the bomb and told reporters that an Anunoby return isn’t happening anytime soon, per The Athletic.

"I don't think there's anything close at all. I think we're a long, long ways away."

It’s definitely an unfortunate setback for both OG and the Raptors, as the 21-year old 6-foot-8 forward can effectively defend multiple positions on the floor, and also score some transition buckets. The Raptors are currently facing a 1-2 deficit against the 76ers, with Game 4 slated in Philadelphia.

Despite some eye-popping, dominating performances this postseason, many pundits still believe that Sixers All-Star center Joel Embiid is labouring through prevalent knee issues. Dave McMenamin of the ESPN sat down with the flamboyant big man, and found out that Joel is still feeling lingering pain on his left knee.

"It's still not there. It's still trying to get better. But that's an issue that's going to be  there at least all playoffs until I actually get some real time to get some rest and  work on myself.

But, we did a good job managing it. Obviously I only averaged about 24 minutes last series, so this one I'm definitely going to need way more than that."

Embiid has started flat in the first two games, producing just a measly combined total of 28 points. But he has bounced back big time in the pivotal Game 3, leading Sixers with a double-double performance of 33 points, 10 rebounds, 3 assists and 5 blocks. Embiid has finally found a way to shake off Raptors center Marc Gasol, a defensive big man who has always limited Embiid’s offensive production when they face off.

The Denver Nuggets have suffered a bit of a setback as Jamal Murray has reportedly reaggravated his thigh injury, the same injury that he sustained during the first-round series against the San Antonio Spurs. Murray, who will be going through treatment in the days before Game 3 in Portland, says that he sustained most of the pain through the Portland screens that he endlessly went through, per ESPN’s Ohm Youngmisuk.

"Those screens hurt. It is what it is. It hurt for the rest of the game. Couldn't move, obviously, and coach [Michael Malone] had to take me out. I'm just going to get treatment and just be ready for Game 3. It was definitely hurting.”

After starring in the series opener win with 23 markers, Murray just finished with 15 points in the Game 2 loss, shooting a poor 6-18 overall clip from the field. With the series tied at 1 and the next game going to be in front of the Blazers fans, expect Murray to tough it out and play in Game 3.