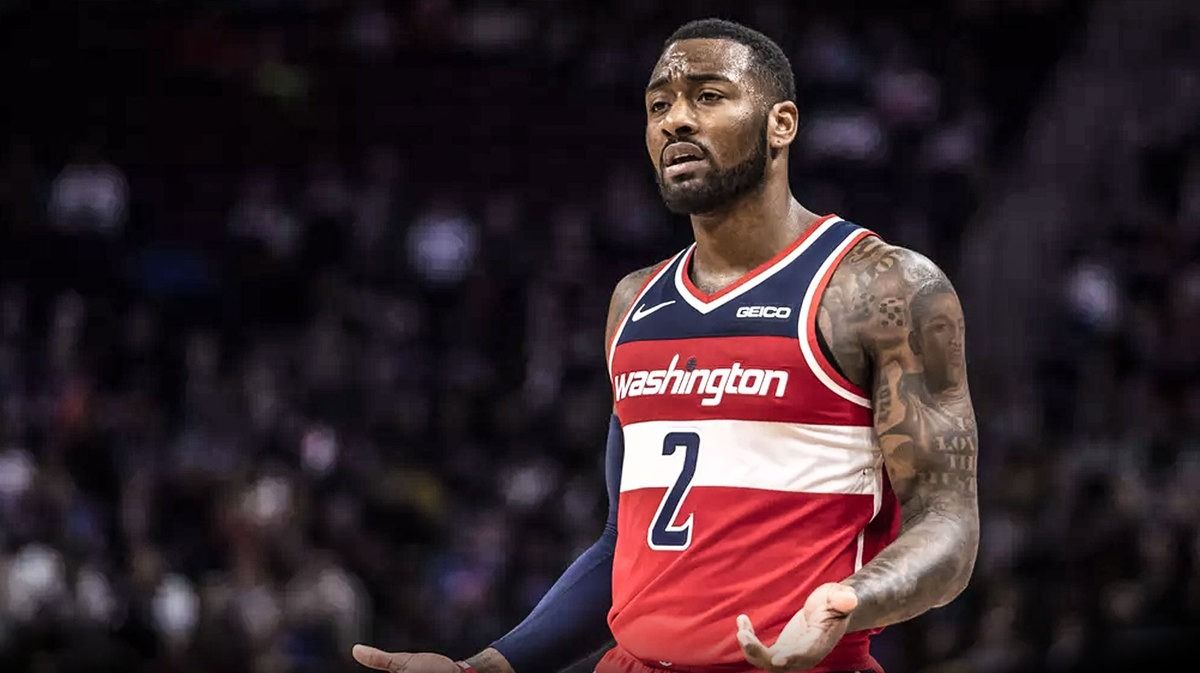 It’s been quite a while since we last saw Wizards star point guard John Wall on the court. He only played 32 games last season, then redshirted the rest of the season due to a Torn Achilles injury. There’s still no clear timetable for a Wall comeback, but the one thing sure is that the four-year, $171 million max contract he signed with the Wizards will start kicking in this season. That’s massive for a player with a bad health record, but Wall isn’t planning on just sitting and watching his teammates do all the work for the team.

NBC Sports Washington’s Chase Hughes reported last month that the Wizards have put Wall in a role similar to an assistant coach. Since he still can’t join his teammates on the hardwood anytime soon, the All-Star point guard will be there on the sidelines coaching and mentoring his guys.

"You'll see him a lot more active with our players, with our coaches. Scotty has kind of made him an assistant coach in effect in practice.

He's got some people he's going to be responsible for. I think anybody who's ever sat with John knows that he's a basketball savant. He knows where all 13 people are on the court at all times, including the refs. He's got a lot of knowledge and we're challenging him to share that knowledge with our young guys."

Wall has been enduring injury-plagued seasons in the past couple of years. After coming off his most productive performance during the 2016-17 season when he averaged 23.1 points, 4.2 rebounds, 10.7 assists and 2.0 steals per game, the Wizards immediately offered him a max extension. It wasn’t surprising at that time, especially considering that Wall has just entered the prime of his career during that productive year. But Wall would be hounded by injuries after that. A knee injury ended his 2017-18 campaign after 41 games, while a surgery to repair his left Achilles will be forcing him to also miss the first few months of this year.

But the positive light coming out from those frustrations is that Wall can take a step back, study the game more and learn what he needs to do to be more efficient and effective when he returns. For now, Wall expressed his excitement on coaching his teammates and interacting with them on a more personal level.

"I think this year will tell me whether I can be a coach or not. I think you have to have a lot of patience and you've gotta know how to interact with every player. Every player's attitudes and character and mood swings are totally different. I learned from when a coach tried to coach me when I was young and I wasn't the guy to coach."

Another positive takeaway from this unique set-up is that the Wizards may be really committed to Wall after all. There are some speculations that the team will be gauging the market to possibly trade Wall or his star backcourt partner Bradley Beal. But we could already shut those down as only premature rumors as the Wizards front office has already extended Beal’s contract to two more years, along with giving Wall the platform to mentor the team.

Of course, that is not to say that we can also reject any slight chance that the Wizards will blow it all up and enter full rebuilding. Washington’s roster doesn’t really speak true contenders, even if Wall is healthy entering the season. They added promising rookie forward Rui Hachimura and veteran scorer Isaiah Thomas, but that’s all they did in the offseason. It could be that they are waiting for Wall to return, produce big numbers and then again gauge his value in the trade market. But until he returns with a Wizards jersey on the playing court, it will be quite the sight to see Wall sidelining as an assistant coach this season.

“The return date for Paul George is a bit of a moving target. But he told me today he’s out all of training camp and hoping to be back “November-ish” catch the full interview in @SportsCenter later today.”

George just went through a surgery on his shoulder this offseason, an injury that he played through last playoffs when he was still playing for the Oklahoma City Thunder. He was then traded by the Thunder to the Clippers, allowing him to team up with another superstar in Kawhi Leonard. But Clippers fans shouldn’t be very worried on their new star’s health. As per Jovan Buha of The Athletic, George told the media that he is doing everything in practice, with the exception of contact sessions like five-on-five scrimmages.

“As far as my health, I’m pretty good. I’ll be in camp starting this week. Nothing contact, but all the five-on-zero stuff, all the scripted stuff, I’ll be a part of.”

It’s perfectly understandable why the Clippers organization are taking full precaution on George’s health. After all, they have a solid supporting cast around him and Leonard to win them a lot of games. Most importantly, there is also a solid case pointing to the possibility that Leonard will play more regular season games than he did last year for the Toronto Raptors. The two-time Finals MVP emphasized that his approach to load management will be lighter this season as he is now fully-healthy.

“It’s different this season. Last year, I was going in with an injury that I was dealing with (from) the year before. It still was lingering and we knew that I had to be healthy going throughout the season and making it to the playoffs.

This year, I’m feeling good. I’m feeling way better than I was at the start of last season. There’s really no plan laid out yet to discuss with everyone.”

The arrival of George and Leonard has immediately catapulted the Clippers to serious contention for the championship. Aside from the two superstars, the team also boasts excellent depth as quality players like Patrick Beverley, Lou Williams, Landry Shamet, Maurice Harkless and Montrezl Harrell round up the line-up.

The Lakers, with the leadership of LeBron James and Anthony Davis, have displayed their highly-regarded depth this preseason. But despite this, they are still missing the services of young budding star Kyle Kuzma. The third-year forward is still recovering from a left foot stress reaction he sustained while participating in Team USA’s training camp last August. Kuzma could have easily made the final line-up of the national team, but the injury turned out to be quite serious.

New Lakers head coach Frank Vogel recently released an update on Kuzma’s recovery, saying that the 24-year old combo forward has already increased the workload of his drills and training, per Christian Rivas of the SB Nation’s Silver Screen & Roll.

”He’s gone above and beyond what I call ‘the Paul George workouts.’ When Paul was out with a broken leg all year and he did a lot of ballhandling in a chair. Stationary shooting. Shooting in a chair. Kyle has done a ton of that over the last six weeks or so. And now that he’s able to move like an NBA basketball player, it’s really focused on  just the normal skill work.”

Last season, Kuzma averaged 18.7 points, 5.5 boards and 2.5 assists per game. His ability to score on off-ball opportunities while also having the skills to create shots for himself should establish him as the Lakers’ third-option scorer. It’s still unclear if Vogel will insert him to the starting line-up, as James, Davis and JaVale McGee already occupy the starting frontcourt. But the Lakers have been serious in installing James as the team’s regular point guard, so we might see Kuzma filling in the wing with recently-acquired sharpshooter Danny Green.