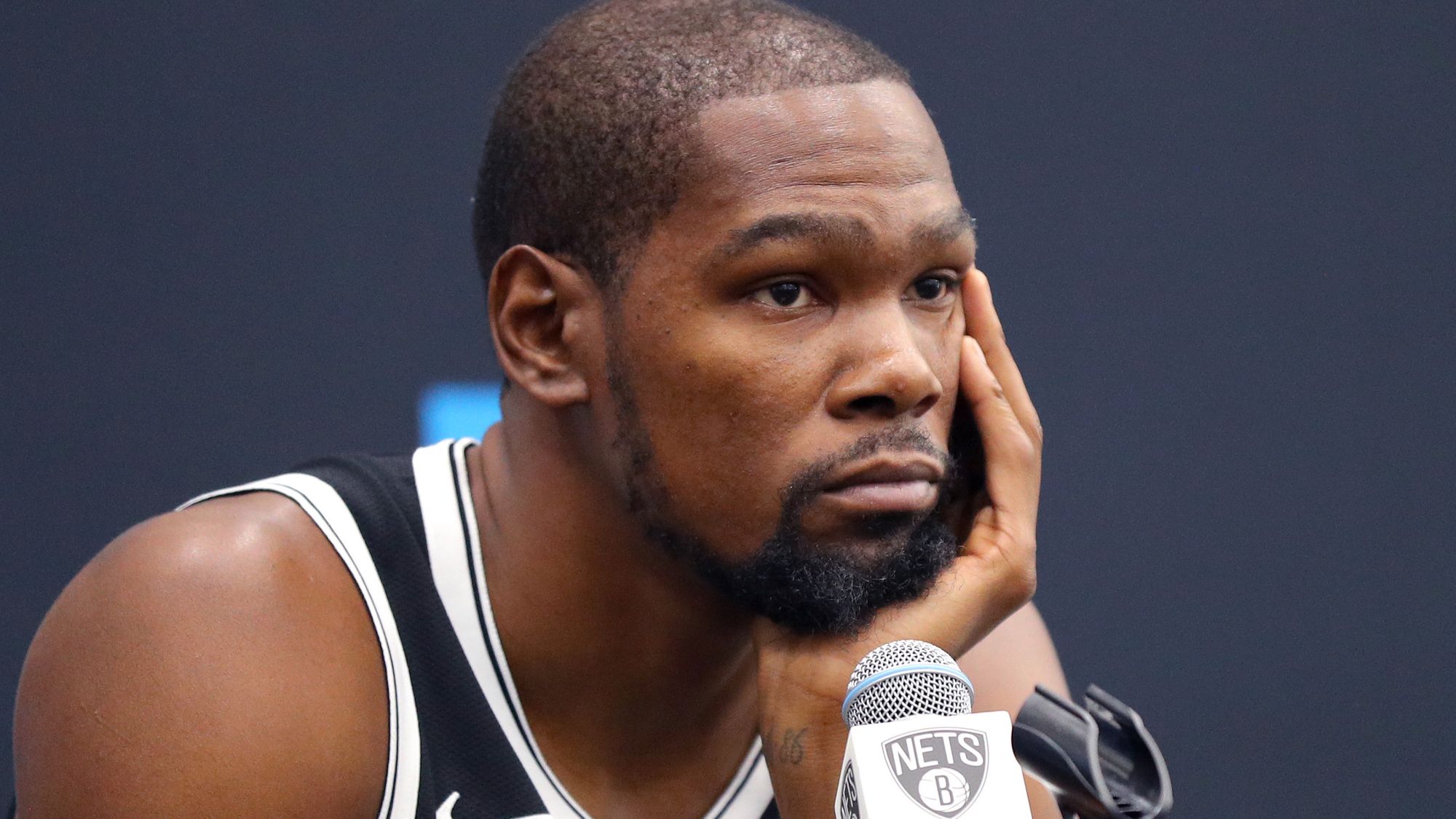 NBA Injury Report: KD Issues Statement On Not Playing Even In Season Resumption

Rumors and speculations have been swirling around Kevin Durant’s potential return when the current season resumes, but the Nets superstar himself has issued a statement that should disappoint Brooklyn fans. In an exclusive interview with Marc J. Spears of The Undefeated, KD confirmed that he has no plans of playing for his new team when the league’s 2019-20 campaign returns, this time in an all-in-one venue at the Disneyland facility in Orlando.

In the interview, Durant emphasized that it was already decided last offseason that he would wait until the 2020-21 campaign to come back on the basketball court. He may be healthy enough right now to play, but the two-time Finals MVP reiterated that he is not yet fit to compete in a high-level-intensity game with only a month to prepare.

“My season is over. I don’t plan on playing at all. We decided last summer when it  first happened that I was just going to wait until the following season. I had no plans of playing at all this season.

It’s just best for me to wait. I don’t think I’m ready to play that type of intensity right now in the next month. It gives me more time to get ready for next season and the rest of my career.”

With a decent record of 30 wins against 34 defeats, the Nets are sitting on the 7thspot in the Eastern Conference. The NBA has invited the top 22 teams for the league’s return in July, and the Nets squad was surely included.

It’s also interesting to take note that Kyrie Irving has also said no regarding his potential return. The former Cleveland Cavaliers star went through a season-ending shoulder surgery last March, joining his co-star Durant in the sidelines. ESPN’s Adrian Wojnarowski tweeted out that Kyrie won’t be cleared to return to the court until at least next season’s training camp.

However, Wojnarowski also reported that there is a possibility that the league could allow the Nets to sign replacement players for the vacant active roster spots that Durant and Irving have left. Along with co-ESPN insider Bobby Marks, Woj also wrote that the NBA has been mulling some avenues that could aid teams in bringing in replacement players for their current hoopers who could contract the COVID-19 during the all-in-one basketball bonanza at Orlando.

“The NBA is working on the mechanisms that will be used to replace participants in this season's resumption in the event of positive coronavirus tests or serious injuries in the Orlando bubble environment. Sources told ESPN that the league and teams are already discussing how teams will be able to utilize players on two-way contracts, a conversation revolving around safety, practicality and competition that will assuredly be a part of the ramp-up to restarting the season at Disney World in July.

If COVID-19 or a serious injury strikes a team during training camps or the eight  regular-season seeding games, there are expected to be no limitations on the number of players a team could sign to replace those lost, but there would be restrictions on those in the pool of eligible players, sources said.”

Having said that, Wojnarowski also pointed out that it is already expected that the Nets will be able to bring in replacements for Durant and Irving. The only worry that concerns the league is the possibility that current roster players will end up with positive tests for the COVID-19, leaving affected teams with a personnel handicap.

Going back to Durant, this is the first time in his career that he has missed a whole year of basketball. With the exception of the 2014-15 season, KD has stayed largely healthy throughout his career. There will understandably be rust when he comes back next season, but Durant emphasized that it will be worth the wait.

When asked by Spears regarding his firm decision on not returning to an NBA court this season, the former Oklahoma City Thunder star said that this is the first time in his career that he has not rushed through an injury recovery process, especially on the mental side of it.

“I had to reset and totally focus on just me and what I wanted out of this thing. For  the first time I felt like I was in my own space rehabbing. I didn’t feel like I had to be a part of the team and travel with the team and do everything like I was playing. I could really take my time and focus on myself each and every day.

I didn’t feel rushed at all. That was a great space to be in. I was putting pressure on myself in previous injuries wanting to hurry up and come back. I saw my teammates having fun and wanted to be out there. This time I felt like I was more patient throughout the process mentally and not rushing myself mentally. Not get too excited when my team plays well or I have a good [rehab] day. I’m taking things second by second and I’m trying to look out for what is best long-term.”

With him and Irving finally donning the Nets’ black and white threads next season, Brooklyn fans will instantly have themselves an elite championship contending squad. There are some important decisions that team general manager Sean Marks have to make regarding the roster, but there is no doubt that the Durant-Irving star tandem should click on all fronts.