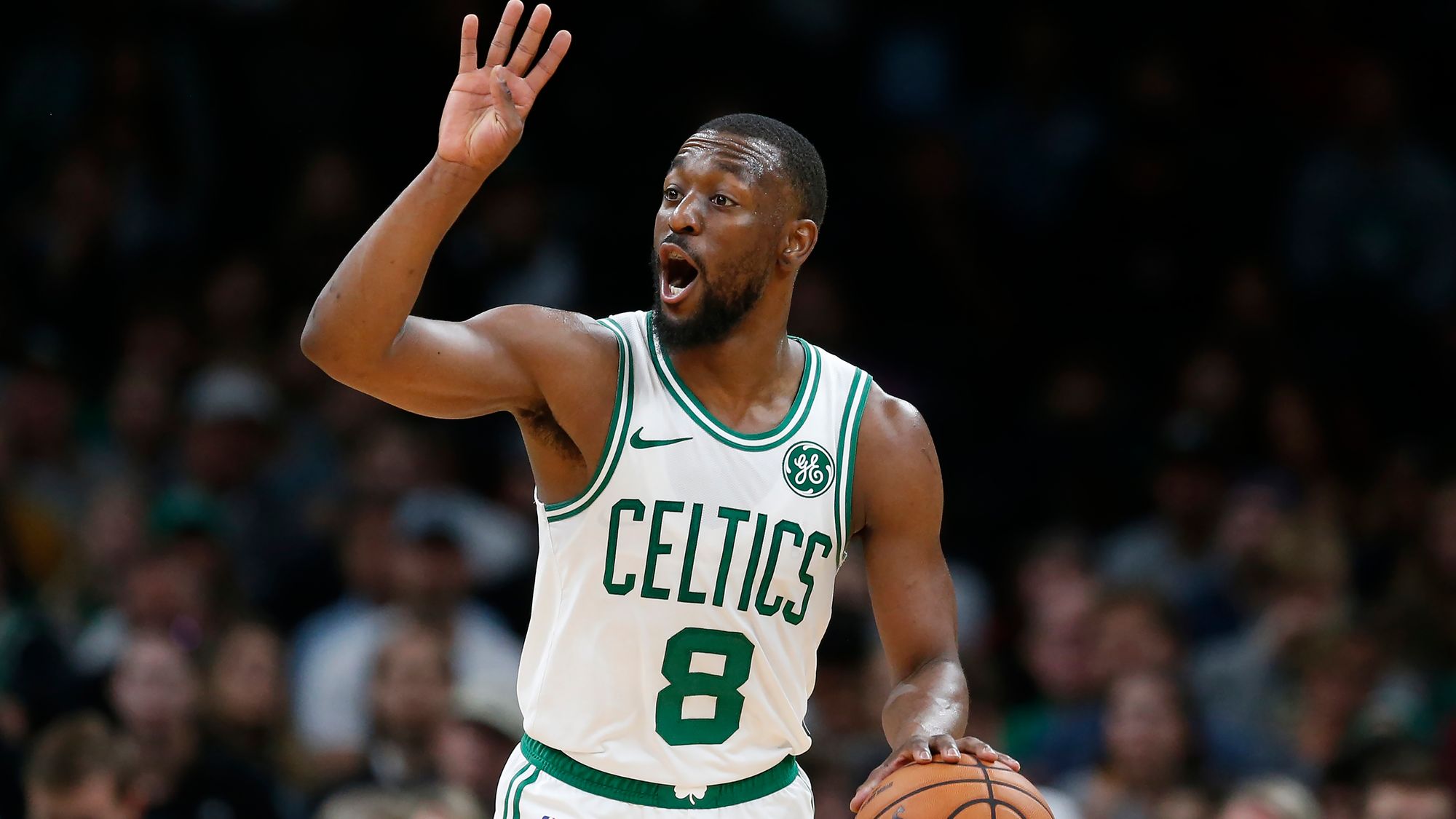 Boston Celtics newest star point guard Kemba Walker has luckily escaped a major injury after colliding with teammate Semi Ojeleye during their game against the Denver Nuggets. For several minutes, Walker was just laying there on the floor, unable to get up as the collision’s impact apparently targeted his neck. He was eventually stretchered off the floor, leaving his status up in the air as the contest ensued. We have seen numerous players suffer major injuries in collisions like that, so many people were expecting the worst.

Yet, ESPN’s Tim Botemps reported that Walker only sustained a neck sprain that will keep him out for a couple of games. It is indeed a major relief for him, his family and the Celtics organization. Boston head coach Brad Stevens points to this as a “minor miracle”, as per Jay King of The Athletic.

“It’s kind of a minor miracle based on what we saw the other day.”

My number one thing was, is he moving? That was my first thought. And then I saw him moving a little bit, but he was clearly, like, balled up. So I didn’t get a chance to talk to him in that moment. When they put him on the stretcher I don’t know if he was in shock or what the deal was. But a couple minutes later, 10, 15 minutes later in the ambulance, he looked totally different.”

Walker, who was acquired by the Celtics in a bid to replace the vacated spot of former superstar guard Kyrie Irving, is posting averages of 21.1 points, 4.6 rebounds and 4.7 assists per game. His all-around game and overall leadership have experts peg him as an early MVP candidate this season. He is helping his team to an 11-4 record, good for the 2nd spot in the Eastern Conference.

Celtics fans will miss the chance to welcome (or not welcome) Kyrie Irving on Wednesday as the Nets point guard is recovering from a shoulder injury. The Nets are bound for a three-game road trip in the East coast, all of which will be missed by Irving. Nets head coach Kenny Atkinson provided quite a vague update on his star’s condition, as per Malika Andrews of the ESPN.

"I don't think it's something he can play through right now. The shoulder is a  sensitive spot, especially for a point guard -- you're like a quarterback.

He's got to get to the point where he feels like -- and we feel like -- he can play. We're  just not at that point right now.”

The 27-year old Irving is averaging career-high productions in points, rebounds and assists this season. He is currently norming a stellar stat line of 28.5 points, 5.4 rebounds and 7.2 assists per contest. Should he continue playing like this and if the Nets improve their 8-8 win-loss card, Irving should easily crack the shortlist of MVP candidates. However, he has already missed five games due to the shoulder injury.

Fortunately, the Nets are on a momentum as of late. Of those five games that Kyrie has missed, the team has won four. This stretch has been a testament of how the Nets’ roster depth has improved, especially if you consider that Irving, Caris LeVert and Kevin Durant are not playing. Atkinson points out to their defense that spelled their recent success especially in their close-call win against the New York Knicks, per Brian Lewis of the New York Post.

“Good poise. I think our defense kept us in it. Struggled a little offensively, thought we made some 3s. Credit our defense: Third game in a row where we defended really well.”

Without arguably their top three players, the Nets will rely on collected effort on defense and more activity on the defensive end to hold the fort and hack out wins. It remains to be seen if this is sustainable, but there’s no doubt that this will boost their overall morale especially when Kyrie returns to the active line-up.

The Magic will lose another player to an ankle injury, but this time it will be their All-Star big man Nikola Vucevic. Vucevic sprained his right ankle during the Magic’s loss against the Toronto Raptors. Aaron Gordon, another key cog for the team, also hurt his ankle in the same quarter as Vucevic hurt his. It can also be noted that their young forward Jonathan Isaac sustained an ankle injury of his own that forced him to miss a couple of games this season.

Unfortunately, Vucevic will miss at least a month because of the injury, as per a report from Shams Charania of The Athletic. The scoring center is averaging 17.1 points, 11.6 rebounds, 3.5 assists and 1.1 blocks this year. While his production has dipped a bit from last year, Vucevic is still the undisputed primary offensive weapon of Orlando. Without his services, it will spell a lot of difficulties for the Magic’s offensive sets.

Isaac, who has recently returned from his ankle injury, says that he and his teammates are more than ready to step up in the absence of both Vucevic and Gordon, per Roy Parry of the Orlando Sentinel.

“You’ve got to find a way. All the teams in the league go through this. Guys, key guys drop down. Teams find a way to come together, pull together and they find a new way to play and they figure out things about themselves. Guys step up. Guys make plays.”

Moving on from their loss at the hands of the Raptors, the Magic will continue embarking on their road trip that will pit them against the Indiana Pacers, the Detroit Pistons and the Cleveland Cavaliers.