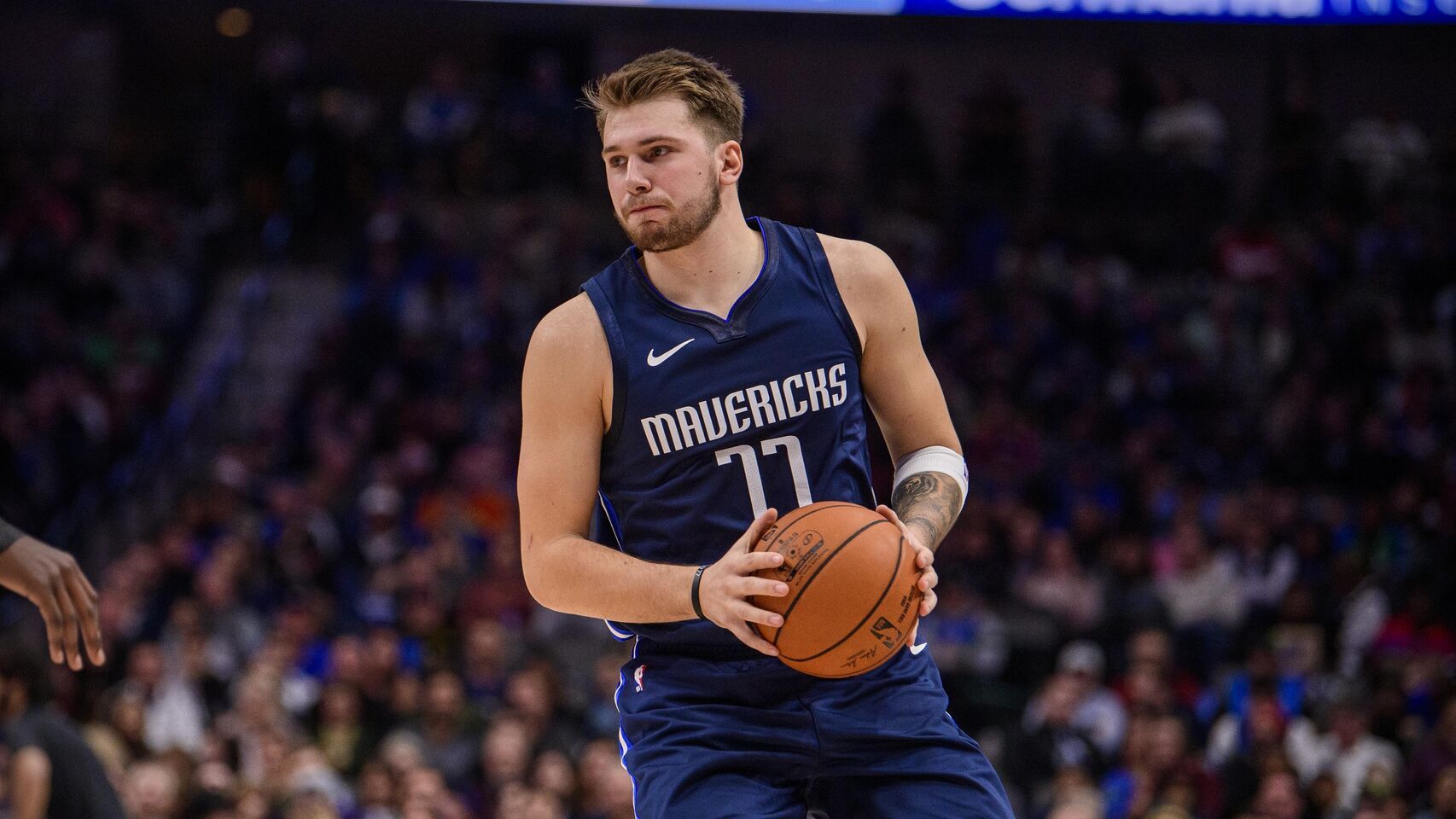 Mavericks star Luka Doncic has now missed four games due to an ankle injury he sustained in the first two minutes of the team’s game against the Miami Heat. However, it appears that the sophomore superstar point guard may be already nearing his return to the hard court. Dallas head coach Rick Carlisle told the media that his young playmaker can return as early as the last week of December, while ESPN’s Tim MacMahon reported that Doncic can already participate when the Mavericks hold a team practice on Tuesday.

“Luka Doncic is moving pretty well during an extended pregame workout. He’ll be at least a limited participant in Tuesday’s practice. His status for Thursday’s home game vs. Spurs might not be determined until game day, but there is some optimism that he’ll return then.”

It is indeed disappointing for the 20-year old star to have this injury. In just his second year in the league, Doncic is already dominating with a stellar all-around stat line of 29.3 points, 9.6 rebounds, 8.9 assists and 1.2 steals per contest. The Slovenian youngster has already racked up eight triple-double outings this season, including two times when he also cracked at least 40 points.

Despite him sitting out several games, the injury could have been a lot worse. When Doncic twisted his ankle on a drive to the rim, the replays showed that he indeed twisted it bad. Sam Amick of The Athletic described the quiet, anxious atmosphere at the American Airlines Center.

“It looked bad – like, really, bad. Not just from 30,000 feet, mind you, but on the replay where the ankle bent at a 90-degree angle and sent him sprawling into that wide row behind the stanchion. The hush came over the crowd. All 20,333 set of eyes, and likely most of the hearts, were drawn to the sight of Doncic grabbing the upper part of his ankle while writhing in pain, then hopping off to the locker room on one leg like a wounded deer fleeing to safety.”

If there is any positive takeaway from the absence of Luka, it would be the upward surge that Kristaps Porzingis is riding through right now. Mostly struggling with his shots and overall impact on the floor early this season, the 7-foot-3 talented big man has stepped up for the Mavericks. Porzingis has led the charge for Dallas as they have scored two wins in their recent East coast trip against the conference’s powerhouse squads. Without the excellent services of Luka, the Mavs defeated the Milwaukee Bucks and the Philadelphia 76ers while losing by only six points to the Boston Celtics.

Carlisle detailed out how his mobile, sweet-shooting center spells a lot of problems for the opposing teams’ defensive schemes, as per Brad Townsend of The Dallas Morning News.

“There has to be a balance. I haven’t looked at all his shots. A lot of them were good. He’s one of these guys that has exceptional range. We saw that in the Milwaukee game.

Everything that goes on in a basketball game has context and timing and things like that. He creates problems for the defense because he can shoot it from a long way away. They come out and it creates good drive opportunities. We’ve got to help create situations where he can have that balance.”

The Mavericks will end their road trip with a match-up against the Toronto Raptors. They will have a much-needed three-day before they go back to their home turf and host LaMarcus Aldridge and the San Antonio Spurs on Thursday.

Despite the Warriors’ dimming hopes for a playoff spot, two-time MVP Stephen Curry has been adamant that he will be playing again this season. Some people thought that the Warriors management will try to persuade their superstar point guard to sit out the whole season, but that thinking could already be down the drain. Golden State head coach Steve Kerr has told the media that Curry is now doing “basketball movements,” except for shooting drills due to his injured left hand, as per ESPN’s Nick Friedell.

"He's been doing basketball movements. He hasn't been shooting the ball, but he's been out on the floor doing a lot of lateral movement, jumping, that kind of stuff. And it's nice to have him in the gym; it just feels better when he's around."

The 31-year old sharpshooter has only played four games this season for the 6-24 Warriors team. His season was derailed when he broke his left hand during a home game against the Phoenix Suns early this season. Curry’s injury was a very big loss for this retooled Warriors squad, as they are already missing the two-way services of All-Star shooting guard Klay Thompson.

But then again, this is not the first time that the six-time All-Star will be coming back from a long lay-off. Curry had consecutive ankle injuries early in his career, a string of injuries that forced many experts to cast doubts on his career. In an interview with Monte Poole of NBC Sports, Curry said that the most difficult part of the recovery is the fact that he could not help his teammates on the court.

“It’s just hardest on your competitive spirit. When you get around basketball and get around the locker room with the guys, that’s the part I miss the most. And I love to play.

Three months is -- and I’d only played three-and-a-half games -- just weird. It’s unfamiliar territory. I’m enjoying the downtime, because it was unheard of, in my experience, in the middle of a season. It’s just weird.”

The Curry injury also stripped him of building an all-important on-court chemistry with newly-acquired All-Star guard D’Angelo Russell. The Warriors front office acquired Russell in an obvious effort to fill the vacated spot of now-Brooklyn Nets star Kevin Durant. D-Lo has been putting up good numbers for them this season, but the absence of Curry and Thompson is just too much for this young team.

It remains to be seen how the Warriors organization will handle the future of Russell with the team. Many experts say that they will use the lefty scorer as a valuable trade bait for maybe a frontcourt help or a bigger, lengthier wing player. While there is no question that Curry, Russell and Thompson can make it work on offense, the expectation is that opposing teams would feast on Stephen and D-Lo on the defensive end. Moreover, it could be better for the Warriors if they try chasing a strong frontcourt presence or a defensive stalwart.

With young star center Karl-Anthony Towns missing three straight games already, the Wolves have continued piling up more misery to their season. They are now on a ten-game losing skid, tumbling themselves out of the top half of the Western Conference standings with a disappointing 10-18 record.

On top of that, Towns had sustained a left knee injury that has forced him to sit out the team’s losses at the hands of the New Orleans Pelicans, the Denver Nuggets and the Portland Trail Blazers. Wolves head coach Ryan Saunders told Chris Hine of the Star Tribune that his star big man is already participating in the team’s shootaround drills. However, the young coach emphasizes that they placing more importance on the long-term health of Towns.

“As a competitor, you want to play every game and there’s something wrong with you when you don’t want to play or don’t want more minutes. That’s what I always tell players. But you also need to listen to your body. You need to do what’s best for yourself and the group too in the long term. Karl, he’s always been durable and played.”

The 24-year old Towns is posting a career-high in scoring with 26.5 points and in passing with 4.4 dimes per contest. He is still a dominant presence down low, also tallying 11.7 rebounds and 1.3 blocks this season. However, his individual brilliance has failed to translate team success. The Wolves will end the month with games against the Warriors, the Sacramento Kings, the Cleveland Cavaliers, and the Brooklyn Nets.