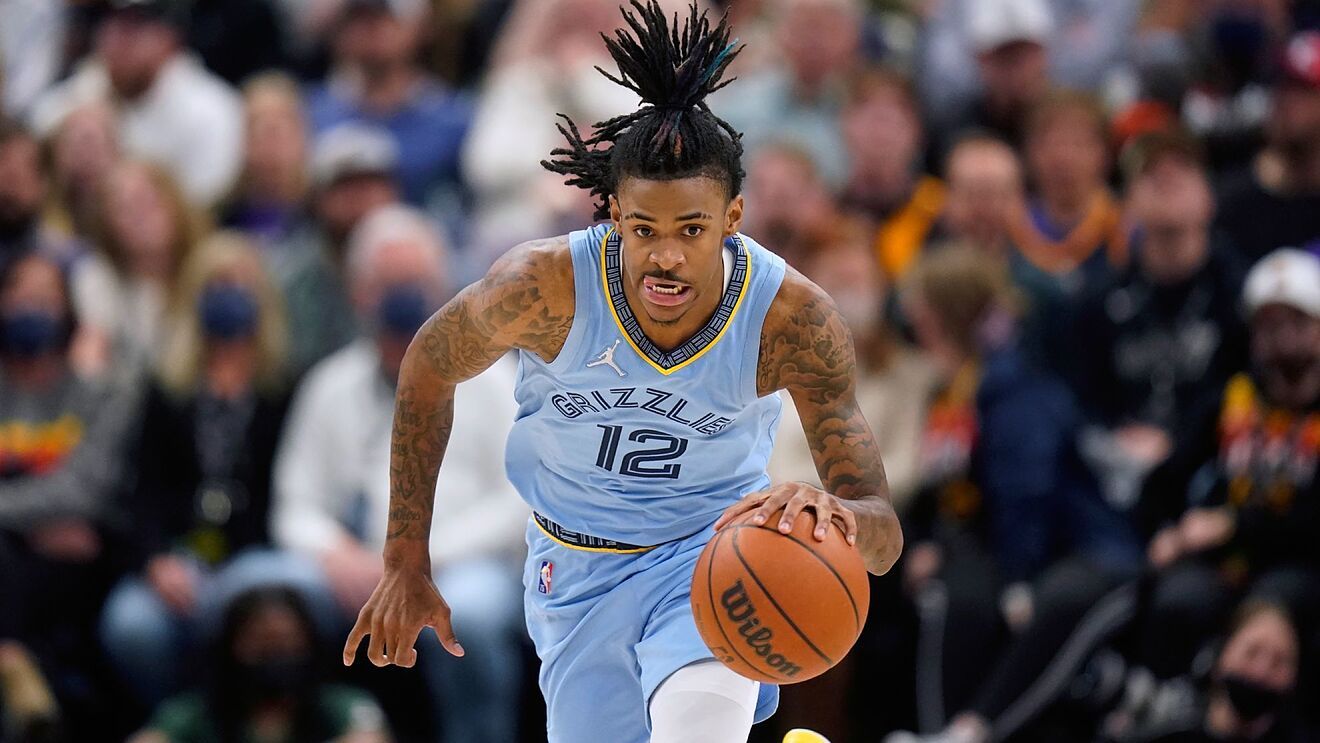 Non-contact injuries are almost always the more serious of all health setbacks in the NBA, but Memphis Grizzlies star point guard Ja Morant fortunately avoided a serious injury during the team’s loss to Trae Young and the Atlanta Hawks last Friday night. It was just in the first quarter of that game when Morant appeared to have planted his left leg in the wrong way, forcing him to hobble to his team’s bench and tumble to the floor. He never got to walk on his own after that, as his teammates carried him off the floor and on to the locker room.

Morant only logged almost nine minutes in that game against the Hawks, and finished with two points, one rebound, one assists, and one turnover. The Grizzlies would go on to lose that game by a whopping 32 points as their offense sputtered without their star scorer and playmaker. John Konchar led the way for the Grizzlies with 17 points, 5 rebounds, and 3 assists, while Jaren Jackson Jr. and Dillon Brooks added 14 and 12 markers, respectively. Tyus Jones, who would be now tasked with the playmaking duties with Morant missing some time, put up 10 points and dished out two assists off the bench.

Meanwhile, the Hawks feasted on offense as three of their players eclipsed the 20-point mark in scoring. Trae Young led the way with a game-high 31 markers, while dishing out 10 assists and hitting 12 of his 16 attempts from the free throw line. Clint Capela dominated on both ends of the floor with his 23 points, 17 rebounds, and 3 blocks, and John Collins contributed 21 markers and hauled in eight rebounds.

Still, it is a sigh of relief for the Grizzlies that Morant did not suffer a major injury. It was announced that the third-year point guard only sustained a sprain on his left knee, which would of course take some time to heal. Morant will come back stronger at some point of this season, and there’s no doubt that his teammates need him. As per Marc J. Spears of The Undefeated, Jackson says that Morant has been their on-court coach, and he has the tools to do so thanks to his high basketball intelligence and his willingness to be vocal out there.

“[Morant] has to be our on-the-court coach. Coach is going to tell him things to relay to us. He’s talking a lot. But even on the bench, [Morant is] sharing little things. At any given point, you can just go to him and ask him what he’s seeing. And we just talk about how the game is going, how it’s flowing, how they are playing him and how they are playing me. He knows what  he wants and what he wants the defense to do. If the defense presents him with a challenge, put a different guy on him, try to blitz him or give him different looks, he takes what the defense gives him and manipulates it.

What is going to be shown is what is going to be shown. His  bounce. He’s flowing around. That’s obvious. But if you really know the game, you see what he’s reading. It’s crazy. … You  just see time and time again that his mental game is really above pretty much anyone. It’s above them. With that type of mentality, you can make reads that a lot of people can’t.”

Morant, who is currently on his third year in the league, is putting up a tremendous stat line of 24.1 points, 5.6 rebounds, 6.8 assists, and 1.6 steals per contest, while producing a decent set of shooting percentages that includes a 47% overall clip from the field, a 36% clip from the three-point line, and a 77% clip from the free throw line. His scoring average this season is his career-high so far, and it is true that he is steadily becoming a bucket out there.

Morant, who was the second overall pick in the 2019 NBA Draft, is surely the best player of that batch if we’re talking about this season alone. With New Orleans Pelicans star Zion Williamson still dealing with a bothersome injury, he has not played a single game for his team this season. That has paved the way for Morant to bask in the spotlight as he led the Grizzlies to early wins against the Cleveland Cavaliers, Los Angeles Clippers, Golden State Warriors, Utah Jazz, Minnesota Timberwolves, Denver Nuggets, and the Houston Rockets.

Of course, it is still too early to say who will be the best player in that draft when all has been said and done. That draft class is brimming with talented players who could someday blossom into All-Stars, including RJ Barrett of the New York Knicks, Darius Garland of the Cleveland Cavaliers, Tyler Herro of the Miami Heat, and Jordan Poole of the Golden State Warriors.

Moreover, that class also boasts good role players such as De’Andre Hunter of the Atlanta Hawks, Coby White of the Chicago Bulls, Rui Hachimura of the Washington Wizards, Cameron Johnson of the Phoenix Suns, Matisse Thybulle of the Philadelphia 76ers, Brandon Clarke of the Memphis Grizzlies, Grant Williams of the Boston Celtics, Darius Bazley of the Oklahoma City Thunder, Keldon Johnson of the San Antonio Spurs, Daniel Gafford of the Cavaliers, Talen Horton-Tucker of the Los Angeles Lakers, Terance Mann of the Los Angeles Clippers, and Kevin Porter Jr. of the Houston Rockets.

Still, Dan Devine of The Ringer NBA believes that Morant has a huge year in store for him this season and that he is only getting started. He pointed out that Morant has indeed turned it up a notch this year, especially with his unique skills of blowing past his defenders, exhibiting a rare combination of athleticism and creativity, and using his high basketball intelligence to also make plays for his teammates and make them look better.

Morant’s ability to beat virtually any defender off the dribble and get into the lane has been the driving force behind the Grizzlies’ hot start, as Memphis was just a few stops away from sweeping a Staples Center back-to-back and exiting the weekend undefeated. His combination of physical gifts, finely honed skill, and playmaking intuition makes him brutally tough  to cover: He marries acceleration and deceleration to keep defenders off-balance as well as any player in the league; his tight handle, sharp footwork, and long arms allow him to slink through openings and find release points unavailable to most other ball handlers; and his hang time, core strength, soft touch, and ambidexterity as a finisher enable him to get buckets over, around, and through rotating rim protectors.

That suite of skills is translating into pure production early in the season. Morant is taking half of his shots at the rim, converting an obscene 73 percent of them, and averaging more than 20 points per game in the paint. He’s scoring more on drives to the basket than the Jazz, Timberwolves, and Lakers—like, their entire teams. Even if an opponent manages to bottle Morant up, it doesn’t necessarily avoid pain. The more resources devoted to stopping Ja from creating his own shot, the harder it is to keep him from creating looks for others with his elite pace and court vision. He’s more than happy to do that, exploiting openings with pitch-perfect lobs, cross-court lasers, and soul-crushing dump-off passes to teammates slicing into the open space he creates.

Along with the growth that Morant is exhibiting early this season, it is also true that his other teammates are putting up tremendous performances as well. Desmond Bane has been progressing so well as a two-way player who his teammates can depend upon in terms of his outside shooting and defense. From only putting up 9.2 points during his rookie year, Bane is now averaging 15.5 points per game while still shooting a decent 37% clip from beyond the arc. Jaren Jackson Jr. has also contributed a lot to the Grizzlies this season, as well as other players like De’Anthony Melton, Ziaire Williams, Tyus Jones and Steven Adams.

After losing that lopsided game to the Hawks last Friday, the Morant-less Grizzlies will take on De’Aaron Fox, Buddy Hield, Tyrese Haliburton and the Sacramento Kings on Sunday, followed by matchups against the Toronto Raptors, Oklahoma City Thunder, Dallas Mavericks, and the Miami Heat.