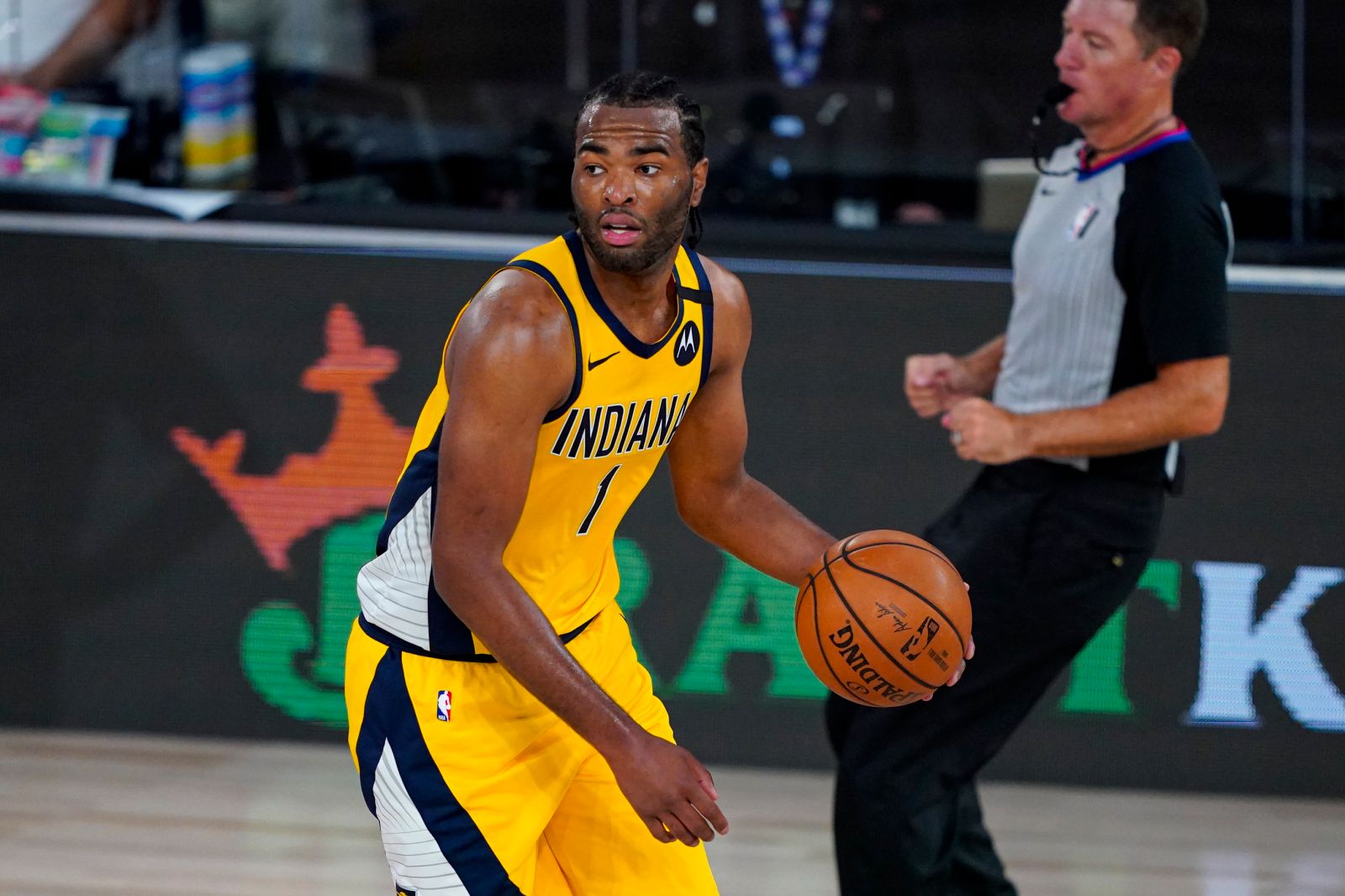 The Indiana Pacers may be off to a rousing start to the season, but another injury woe could hinder their collective progress. Scoring forward T.J. Warren has suffered a stress fracture in his foot, and will be going through a surgery to repair the injury.

Warren is still expected to return to the Pacers’ active roster sometime this year, but ESPN’s Adrian Wojnarowski reported that he will be missing a “significant portion” of the regular season.

“Indiana Pacers forward T.J. Warren is expected to miss a significant portion of the regular season, sources told ESPN, after he has surgery to correct a stress fracture on his left foot. The Pacers on Thursday night described the surgery as repairing "a small navicular" fracture.

This is a significant blow to the Pacers, as Warren led the team in  scoring last season at 19.8 points per game. He was explosive in the Orlando restart, including a 53-point performance on his way to averaging nearly 27 points in the bubble.”

Warren, who is on his seventh year in the league, is coming off a career-best season, particularly during the NBA restart in the Orlando bubble. Warren has grown into a more consistent scorer, as well as an excellent and dependable closer for the Pacers.

It will be a huge setback for Indiana, but their new head coach Nate Bjorkgren believes that his players can figure out how to hold the fort with Warren sitting out.

“’They’re figuring it out,” new head coach Nate Bjorkgren told Fox Sports Indiana ahead of Thursday’s game of the injury. “T.J. wants to play so    bad. He wants to be out there. That’s the kind of guy he is. That’s why I love him. ...They’re going to keep monitoring it.’

It’s a tough setback for Warren, who scored 30 or more points in four of       his six seeding games in the bubble and appeared poised to build on the     momentum he had gained from both the four-spot and the three-point   line, despite his regression against increased defensive attention         during the playoffs. In his first four games of 2020-21, Warren averaged 15.5 points and 3.5 rebounds while at times appearing hampered           defensively and searching for comfortability from his more natural mid-range, taking less than half of his shots at the rim or as threes (49               percent), compared to 64 percent in Orlando.”

Without Warren, the Pacers will have to rely heavily on All-Star big man Domantas Sabonis. The 6-foot-11 Lithuanian power forward is currently having a career-best season in which he is norming 22.4 points, 11.0 rebounds, and 7.2 assists per contest.

Aside from Sabonis, the Pacers’ backcourt duo of Malcolm Brogdon and Victor Oladipo will also be doing the heavy-lifting. Brogdon has also been averaging career-highs of 20.0 points and 1.6 steals per game, while also tallying 4.2 boards and 6.2 assists.

On the other hand, Oladipo is also on his way to returning to his deadly All-Star form in 2018 and 2019. The 28-year old shooting guard is putting up impressive numbers of 21.0 points, 5.3 rebounds and 4.8 assists per contest this season. It’s still a long way back for Oladipo, but he sure is making some great strides for the Pacers.

After missing the Miami Heat’s two games against Giannis Antetokounmpo and the Milwaukee Bucks, Jimmy Butler has returned to the active line-up. Butler made his return in the Heat’s loss to the Dallas Mavericks, but he again struggled in his shooting and overall impact to the game.

Butler only came up with two points, three rebounds, two assists, two steals and three turnovers against the Mavericks. He missed all of his six field goal attempts, and was obviously almost a non-factor the whole game. But Heat head coach Erik Spoelstra didn’t single out Butler’s inefficiency, and pointed out to the team’s collective effort on both ends of the floor. (h/t Ira Winderman/South Florida Sun Sentinel)

“For the most part of the game they were pretty comfortable. And then      offensively, we didn’t do things with enough detail or energy to get the               kind of shots we wanted.

We have enough familiarity. We know what our system is. We know what we have to do to be successful. We just didn’t do enough of it.”

During that loss to the Mavericks, the Heat faced Josh Richardson, the combo wing who they selected in the second round of the 2015 NBA Draft. Richardson played for the Heat for four years, then was traded to the Philadelphia 76ers as part of the Butler sign-and-trade deal last season.

The 27-year old Richardson, who is now suiting up for the Mavericks, says that he has always tried to imitate Butler’s overall skill set, especially on the defensive end of the floor. (h/t Heat Nation)

“I really like Jimmy Butler a lot. Especially when he was rising in     Chicago, I was a big fan. Kawhi Leonard, I liked a lot, even though he’s       bigger than I am, he plays a different position. Just the way that those guys plays both ends of the floor.

And it was crazy like actually being in a Jimmy Butler trade. It was         kind of like surreal, because he was one of my favorite players and I  was getting traded for him. And that was like a really interesting thing for me.”

As for Butler and the Heat, they have started the season on a disappointing 2-3 record. They lost to Nikola Vucevic and the Orlando Magic in the season opener, bounced back with a tough win over Zion Williamson and the New Orleans Pelicans, then split their two assignments against the Bucks.

However, their recent loss to the Mavericks means that they still have tons of things to work on, especially on the offensive end of the floor. The Heat only had 31 points by the end of the first half, and totalled a measly 53 points entering the fourth quarter. They shot only 37% from the field, including a lowly 21%  from the three-point line.

It doesn’t look like the Heat front office is desperate to make a move for another star, arguably in the form of James Harden or Bradley Beal. They like what they see from their young guns composed of Tyler Herro, Duncan Robinson and Bam Adebayo.

But the Heat needs their key cogs to be more consistent on offense. Butler, who made a solid name of himself in the bubble and in last year’s playoffs, has to push himself to top form and come up with an MVP-caliber season to power the Heat to a homecourt advantage in the playoffs.