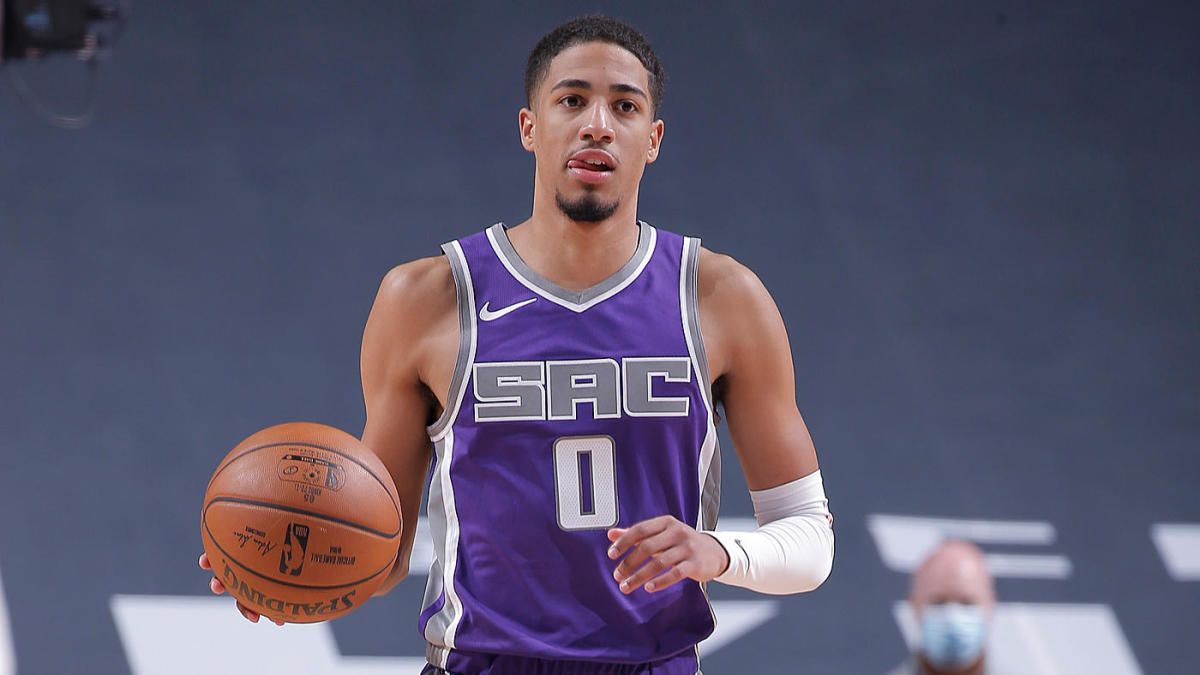 As the Sacramento Kings try to keep their play-in tournament hopes alive this season, they will pursue it without their outstanding rookie point guard in Tyrese Haliburton. The 6-foot-5 rookie playmaker suffered a non-contact injury during the Kings’ match-up against Luka Doncic and the Dallas Mavericks last Sunday night, forcing him to exit early.

Right after he went down with the injury, there were a lot of immediate concerns about him possibly sustaining a long-term setback. Non-contact injuries like that almost always result to major issues, especially if it is something that is on the knee of the player.

But the only positive takeaway from this recent setback for the Kings young gun is that there is no ligament damage on his knee, and that the injury would not require a surgery for it to be fixed. However, ESPN’s Adrian Wojnarowski recently reported that Haliburton is likely to miss the rest of the year, which would put an early end to his tremendous performance in just his first season in the NBA.

Sacramento Kings guard Tyrese Haliburton has no ligament damage to his left knee, an MRI revealed, but likely will miss the rest of the season. Haliburton won't require surgery and is expected to make a full recovery, the team said Tuesday night. Haliburton needed help leaving the court after sustaining the injury in Sunday night's victory over the Dallas Mavericks.

As per Jason Anderson of The Sacramento Bee, Kings head coach Luke Walton said even before the Wojnarowski report that the team is very optimistic that their talented rookie did not suffer a major injury. Walton, who is on his second year as the head coach of the Kings, said that the team sought out different opinions on Haliburton’s injury but that they were already sure back then that the young combo guard did not sustain a major setback.

This is indeed a positive news moving forward, especially with a lot of people being confused about the fact that it took a long while before the Kings organization provided a concrete update on the Haliburton injury.

“We’re very optimistic still with Tyrese and we’re working with multiple professionals as far as getting all the opinions together, and we have a whole group of our medical staff just making sure that all the information they’re giving out is correct. But we are optimistic and when they get that information, they will share it with you guys.

They’re working on it, so it’s not like we’re trying not to get the       information out there. We’re not hiding anything, but whenever that information all comes in and the powers that be communicate it out, that information will be sent out to you and that will happen when it happens. I can’t give you an exact time. There’s no update other than he’s still in the health and safety protocol and he’s clearly not with us on this trip. We have tonight’s game and tomorrow night’s game then we’ll get back home and see where he’s at.”

It is indeed a very disappointing season for the Kings so far. They have been underperforming as a team, and their injury woes, just like in the Orlando bubble last season, are not helping at all. Aside from Haliburton’s absence, the Kings are already filling up the rest of their injury report.

They are missing star point guard De’Aaron Fox since the last week of April. Fox is going through the league’s safety and health protocols, which means that he is sidelined for 10-14 days. Veteran scoring forward Harrison Barnes is also on the injury report due to an Adductor injury, but it is already stated in the report that he is only on a day-to-day basis.

But even though getting a coveted ticket to the play-in tournament is now a very long shot, the Kings are still undeterred in this very difficult mission. As per Jason Jones of The Athletic, Walton reiterated that he and his team’s plan is to always keep themselves ready and prepared before each game.

Even without their two primary playmakers in Fox and Haliburton, the Kings are just coming off an inspiring double-digit win against Domantas Sabonis and the Indiana Pacers. Hard-fought wins like this will certainly be important, not just for the win tally, but also for the whole morale of this injury-plagued squad. Walton emphasized that he and his players will learn a lot during this important stretch, and that he likes what he is currently seeing from them.

“They should look at it, they will look at it. We’re not going to sit here and talk about it as a group. We’re going to come in and prep for Friday’s game the same way we prepped for the games on this road trip. It’s good to get these types of games toward the end. We had this scenario a little bit probably about a month ago and we kind of shot ourselves in the foot with how we were playing and kind of got to a point where we’d fallen pretty far behind.

It’s good to have relevance down the stretch. We look at it as a very important handful of games we have left down the stretch and a great learning opportunity for our guys — and a chance to build some momentum going into the offseason. Obviously we know the stakes. I would find it very unlikely we continue to hold everybody under 100. That just really doesn’t happen in what the NBA is today. I totally expect the effort and the fight that we’re getting right now. Obviously if we can get a win we can apply some pressure to the Spurs and also New Orleans ahead of us. I wouldn’t say it’s not a big deal, but really haven’t put too much thought into if we can beat them then we’re jumping ahead of them or catching them.”

As for Haliburton, it is still a heavy sigh of relief that the rookie point guard did not suffer a major injury. He has always been a reliable player this season, but his level of play surely went up when Fox sat out due to the league’s health and safety protocols. He was given the key to the Kings’ offense, and he was even tasked to man the ball even during the crucial stages of the games.

Haliburton, who was selected 12th overall by the Kings during the 2020 NBA Draft, is currently putting up an all-around stat line of 13.0 points, 3.0 rebounds, 5.3 assists, 1.3 steals and 0.5 blocks per contest this season. He is also producing an excellent set of shooting percentages, starting with a 47% overall clip from the field and a stellar 40% clip from the three-point line.

Haliburton has started in 20 of the 58 games he has already played for the Kings, and are logging in 30.1 minutes per contest. Not known as a pure scorer before entering the NBA, Haliburton has not wasted any time in showing everyone that he can also bring the buckets to the table. He has eclipsed at least 20 points in nine games already, and scoring is not even his trump card.

It is on the defensive end of the floor that Haliburton is more known for, and his excellent defensive instincts are definitely on display in his first year in the league. But the young combo guard is also showing to everyone that he has what it takes to be an excellent playmaker in the pros, and he has been doing just that the whole season.

As per Dan Devine of The Ringer, Haliburton’s ability to maintain his composure and brilliance as a playmaker has been exemplary this season. With his brilliant display of facilitating and shooting on the offensive end of the floor, Haliburton has become a more well-rounded player.

The 21-year-old has provided a steady source of complementary   playmaking and efficient shotmaking, drilling 40.9 percent of his 3-pointers and dishing assists on nearly a quarter of Sacramento’s offensive possessions when he’s on the court. He’s continued to show great poise, vision, and touch as a facilitator while taking care of  the ball, ranking in the top 20—overall, not just among rookies—in assist- to-turnover ratio. One ludicrous-but-fun stat: The only other rookies ever to average at least 15 points and five assists per 36 minutes on a true shooting percentage as high as Haliburton’s were Magic Johnson and  Michael Jordan. Decent company.

Haliburton has mostly rung up those impressive numbers as a      supporting cast member in Kings lineups keyed by leap-making point guard De’Aaron Fox, sharpshooting guard Buddy Hield, and the eminently dependable Harrison Barnes. But after Fox entered the health and safety protocols, Haliburton slid into the starting point guard spot and more than held his own, averaging 18.5 points and nine assists in 35.6 minutes per game over his first four starts.

Haliburton and the Kings are currently sporting a record of 29 wins against 37 defeats, which is good for the 12th spot in the stacked Western Conference standings. They have to get to the 10th seed to qualify for the play-in tournament, and it remains to be seen if they can still overtake teams like the New Orleans Pelicans, San Antonio Spurs, Golden State Warriors and the Memphis Grizzlies for that spot.

After their recent win against the Pacers, the Kings will go back home to host a three-game home stand against the Spurs, followed by a mini two-game series against the Oklahoma City Thunder. They will then go on the road to face Ja Morant and the Grizzlies twice, followed by another home game against defensive center Rudy Gobert and the league-leading Utah Jazz.