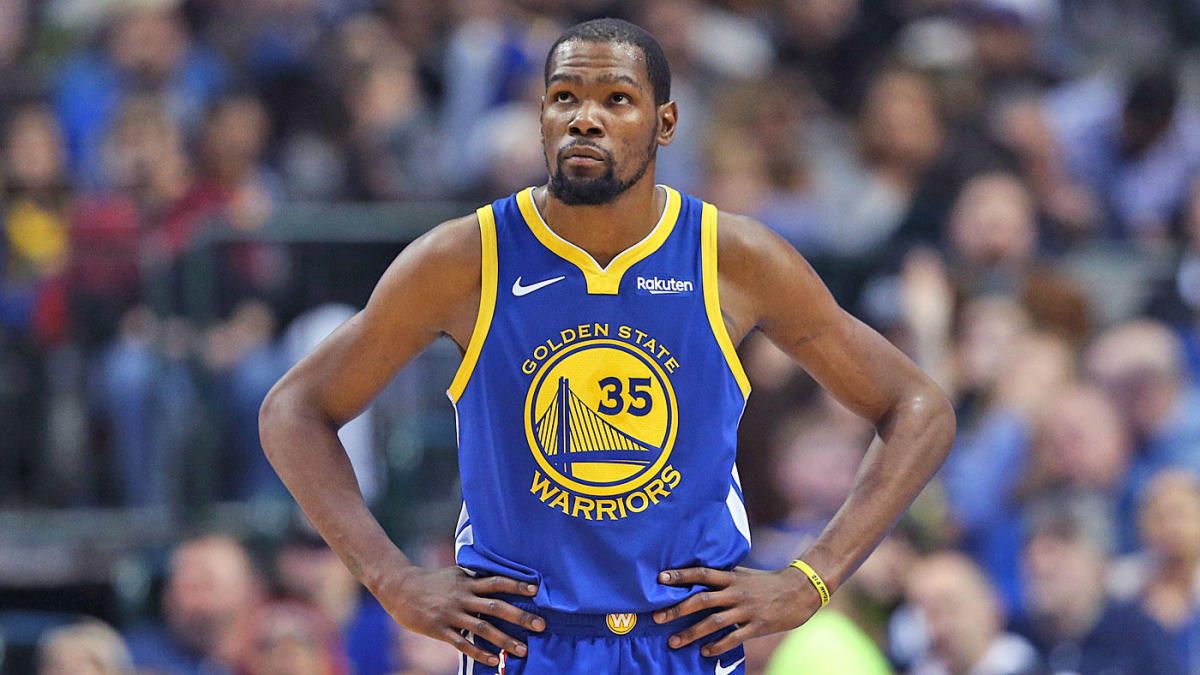 It’s quite a shame that the NBA don’t give out individual awards that are particularly shaped to the players’ performances in the playoffs. Of course, we have the yearly Finals MVP award, but even that coveted plum doesn’t really give judgement as to which player was the most valuable for that championship team during their whole successful postseason run.

The postseason is when good players become great and superstars become legends. This year’s playoffs has been a witness to the unstoppable offensive weaponry that our players of today display. Without further adieu, here are the best of the best performers in the 2018-19 NBA Playoffs.

May this be a farewell tour to Bay Area fans or just a proof that he may very well has become the planet’s best basketball player, Kevin Durant is giving us a playoff performance for the ages. After a momentum-gaining 38 performance in a Game 3 win against the Los Angeles Clippers in the first round, Durant has been on a scoring tear since. He has dropped a 50-piece in the series clincher against the Clips, and has also eclipsed 40 points twice. And to make it even better, the 7-foot gazelle of a scorer is making 52% of his field goals, including an impressive 44% clip from beyond the arc.

Aside from being at his best offensively, Warriors head coach Steve Kerr also singled out his star forward’s excellent knack to make the right plays in defense, per Hunter Atkins of the Houston Chronicle.

Even Clippers feisty defensive guard Patrick Beverley, who had his share of heated moments with KD, emphasizes on his belief that the former MVP is now the best player in the league, per an appearance in NBA Game Time.

"He went for the kill. And I've guarded a lot of people. After, I went home and I told my fans, he is the best player in the NBA, hands down. It's not close."

With starting center DeMarcus Cousins going down with a season-ending injury and Stephen Curry firing blanks so far, the Warriors’ depth is definitely thinner this year. Of course, Durant knows that and he is responding with an all-time greatness.

We have waited long enough for Kawhi Leonard to return to the April games in his strongest form. Aside from Pascal Siakam’s all-around game and Kyle Lowry’s occasional 20-point games, the 2014 Finals MVP is basically carrying the Raptors on his shoulders. Kawhi is leading the playoff performers in Player Efficiency Rating with 32.2, and is literally making half of his three-point attempts, which is just amazing. He is only trailing Durant in scoring this playoffs, a testament of how far he has improved from just being a defensive player during his early years in San Antonio.

Nobody seriously anticipated that Leonard, who basically sat out the 2017-18 season, will come back to basketball’s most grand stage and perform with these massive numbers. After a frustrating Game 1 loss in the first round against the Orlando Magic, ESPN’s Kevin Arnovitz said that Kawhi is “still the key to the Raptors’ playoff redemption” – and rightfully so. Lowry, the second All-Star in the squad, is largely inconsistent and has been passive with his scoring. Fred VanVleet has suddenly gone down the charts, Marc Gasol isn’t the post scorer and facilitator that he was in Memphis, and Jeremy Lin is nowhere to be seen.

Raptors head coach Nick Nurse gave heaps of praises for his two-way superstar, hinting at the fact that Leonard is now on an all-time level, per Dave Feschuk of The Star.

“It’s been really fun to watch. We’ve needed him to be that good, so it’s good. I’m not  a comparisons type of guy. It’s different rules, different era, different players,   different schemes, different matchups, all those kinds of things make it hard. But, in this era, and the situation we’re in right now, he’s pretty damn good.”

Truth be told, Nurse could be talking about how the team needed Kawhi to be this good in the playoffs. Their plan to manage the workload of Kawhi by letting him skip back-to-back games and basically alternating his availability in games has produced great results this postseason. Kawhi is at the peak of his performance this season, and maybe at the peak of his whole career. Even a well-known defender like Jimmy Butler or the long, mobile frame of Ben Simmons can’t stop him.

Kawhi is at his best right now, just how the Raptors and the whole city of Toronto need him to be.

It’s safe to say that Lillard has some unfinished business to tend to. After surprisingly bouncing out of the 2018 playoffs when Anthony Davis and the New Orleans Pelicans convincingly swept them in the opening round, the Blazers have returned to the lore of elite contenders this year after sending the Oklahoma City Thunder to the abyss. They came into their match-up with the Thunder without their starting center in Jusuf Nurkic, but we never heard the Blazers consider that as an excuse. Their star backcourt duo of Lillard and CJ McCollum have been arguably the best in the league this postseason, and they don’t have any plans of pumping on the brakes.

What is their secret? Lillard lets us in with a simple statement, per Martin Rogers of USA TODAY.

“Everything, we just took it up a level. You have got to be the tougher team, you got to want it more and you need a few things to go your way.”

Indeed, we are seeing the Blazers perform at their greatest recently. They have long been in the mid-tier among playoff teams, seemingly bouncing out in the first and second rounds each and every year. Lillard’s incredible 37-foot game-winning triple in the closeout game against the Thunder is probably the greatest buzzerbeater we have seen in the league’s playoff history. Still, that mind-boggling three-pointer is just one of the many things that Lillard has done to lead the Blazers this year.

Let’s admit it. We didn’t really have any idea how Jokic’s scoring arsenal will translate into the playoffs – where everything is on the line and opposing teams’ defenses are tighter than they were in the regular season. After a paltry 10-point outing in Game 1 against the Spurs, it seemed like Jokic will be particularly satisfied with just dishing off to his teammates and taking control of the boards. Then of course, Jokic would eclipse 20 points in each of the next three games, following it up with a 43-point performance in Game 6 and a triple-double stat line in the first Game 7 of his playoff career.

We don’t even realize that the seven-foot, 250 pounder Jokic is the best passer this postseason. He only trails Russell Westbrook in average assists this playoffs, also putting him on the top among players still battling it out in the semi-finals. He is dishing out flashy passes in-between defenders’ legs and no-look assists with the game on the line. How does he do that? Jokic himself answers that question, per Ohm Youngmisuk of the ESPN.

More importantly, he remains the cornerstone on both ends of the floor for the Nuggets. He has been eating up minutes like a madman – he played a grand total of 65 minutes in the quadruple-overtime Game 3 loss against the Blazers and still put up a triple-double outing in Game 4.

Who could guess 10 years ago that a step-back three-pointer off an isolation play would be the most dreaded go-to move in the league? Nobody. It’s a bad attempt if you are to chunk it up from beyond the arc, and also one of the most difficult shots to make. But Harden has mastered all the angles of that shot, and opposing teams have planned their defensive schemes specifically for The Beard’s step-back trifecta.

Harden, who is making 35% of his three-pointers, has already taken the 13thspot in all-time playoff three-pointers made. Despite playing through an eye injury, he has led the Rockets to much-needed home wins against the Warriors, turning the tables and knotting the series at 2-2.

As much as his signature step-back has heightened to an iconic status, Harden can cement his playoff legacy (yes, as early as now) – if the Rockets get past the Warriors and bade the defending champs a heartfelt goodbye.

The only gravity pulling down Giannis in this list is the fact that he faced the least dangerous team in the 2019 playoffs during their opening round victory. The Detroit Pistons didn’t even come close to contending with the Bucks and they never had any answer for the freight train that Giannis is.

Still, expect the Greek Freak to climb up the ladder when they send the powerhouse Boston Celtics home. During Milwaukee’s three wins against the Celtics, Giannis has averaged 33.3 points, 13.0 rebounds and 5.3 assists per contest. Beating Kyrie Irving, Al Horford and the rest of Boston’s talented stars is no easy feat to accomplish, so we will definitely see Giannis overtake the stars above this list.