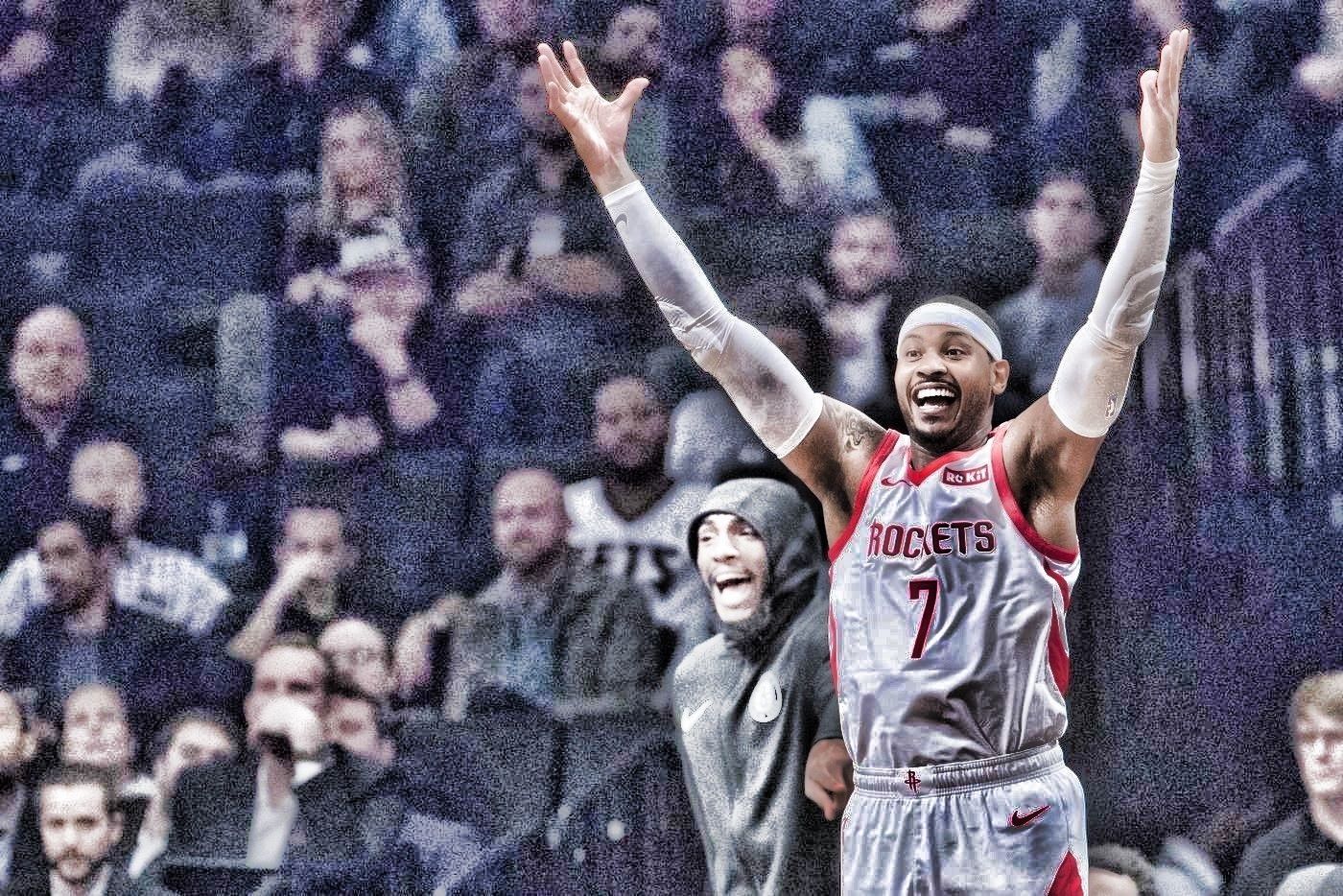 The Houston Rockets have finally parted ways with Carmelo Anthony. The Chicago Bulls agreed to acquire Anthony and cash considerations from the Bulls. More specific details from the trade agreement could not be disclosed as of writing time as the deal cannot be executed as league offices are closed in commemoration of the Martin Luther King Jr Day.

ESPN’s Adrian Wojnarowski first reported on this agreement from both teams. However, the Bulls are not expected to field in Anthony a single minute on the court, and will eventually negotiate terms for a buyout or even a trade before the February deadline.

“The Bulls will not immediately waive Anthony and could use him in a one-for-one trade before the trade deadline, sources said. For Anthony, this gives him the  freedom to survey the league's roster landscape post-trade deadline and find the best    fit for him.

The Rockets have been making a bunch of moves since young budding center Clint Capela got injured. They have signed James Nunally to a ten-day contract, only to release him after a couple of game to create a roster spot for power forward Kenneth Faried.

If the Bulls fail to negotiate a trade with Carmelo as the centrepiece, many playoff-contending teams could be interested if Chicago buys him out. Among them would be the Lakers, the Portland Trail Blazers, or even the New Orleans Pelicans.

It’s no secret that the Lakers front office aren’t entirely happy with their current roster. Fans have been clamoring all season long for the team to finally be aggressive in their pursuit of another superstar, mainly a probable trade for Anthony Davis of the Pelicans. But Ken Berger of Bleacher Report recently reported that only Josh Hart, Ivica Zubac and Moritz Wagner are currently available for trade negotiations, as rival executives say.

Make no mistake about it, Hart is a solid two-way player with more room to grow. Still, he doesn’t pack enough star power potential that the likes of Kyle Kuzma or Brandon Ingram has, making it more difficult for the Lakers to navigate a trade for another All-Star. Zubac, one of the Lakers’ pleasant revelations this year, is an outstanding big man who has the mobility to be impactful on both offense and defense. We haven’t seen so much of Wagner this season, but his ability to stretch the floor with his perimeter shooting should be intriguing for other teams.

Hart, 23, is averaging 9.1 points, 4.1 rebounds, and 1.1 steals per game this season, while being tasked as the Lakers’ primary defender for the opposing teams’ go-to-player. Zubac’s averages of 8.0 points and 4.4 boards per game are a bit low considering the fact that he has cracked the team’s rotation just a month ago when JaVale McGee sustained a minor injury.

As surprisingly good as the young Sacramento Kings this season, they could pull off yet another surprise before the February trade deadline. ESPN’s Brian Windhorst reported that the Kings are interested in the services of Dallas Mavericks small forward Harrison Barnes.

“To me, I just know the Kings would love to have Barnes. Whether or not that can    work out, I don’t know.”

Should this be true, it means that the Kings front office are also willing to let go of some of their promising perimeter players like Buddy Hield, Iman Shumpert and Bogdan Bogdanovic. It’s safe to say that sophomore point guard De’Aaron Fox, a darkhorse All-Star candidate, should be considered an untouchable in trade talks.

A former Golden State Warrior, Barnes signed with the Mavericks in 2016 for a four-year, $94M contract. Unfortunately, the 6-foot-8 scoring forward hasn’t turned out to be the All-Star caliber player that Dallas envisioned he would become. Barnes’ numbers of 17.9 points and 4.2 rebounds per game aren’t that bad, but his overall impact on the game, particularly on defense, leaves a lot of questions to be asked.

Barnes is owed $25 million next year should he opt in on his contract, something that Dallas is obviously trying to get rid of. The Kings won’t have any problems with that as they still have a lot of cap space. They could trade Zach Randolph’s expiring contract to Dallas, plus either one of Hield, Shumpert or Bogdanovic.

Dennis Smith Jr, who has been sidelined by really vague injuries, is now reportedly on track to return to the Dallas Mavericks’ active line-up. ESPN’s Tim MacMahon had the details on this interesting development.

Coach Rick Carlisle informed the team about Smith's pending return at Sunday's     practice in Milwaukee, stressing Smith's value to the team and encouraging players  to welcome him with open arms, sources said.

This is quite a bizarre turnaround for Smith and the Mavs. We all thought that a Smith trade is already set in stone, and the team was just pondering on some offers from interested teams. Add to that the fact that Smith is not a nice fit with prized rookie Luka Doncic, this is indeed mind-boggling.