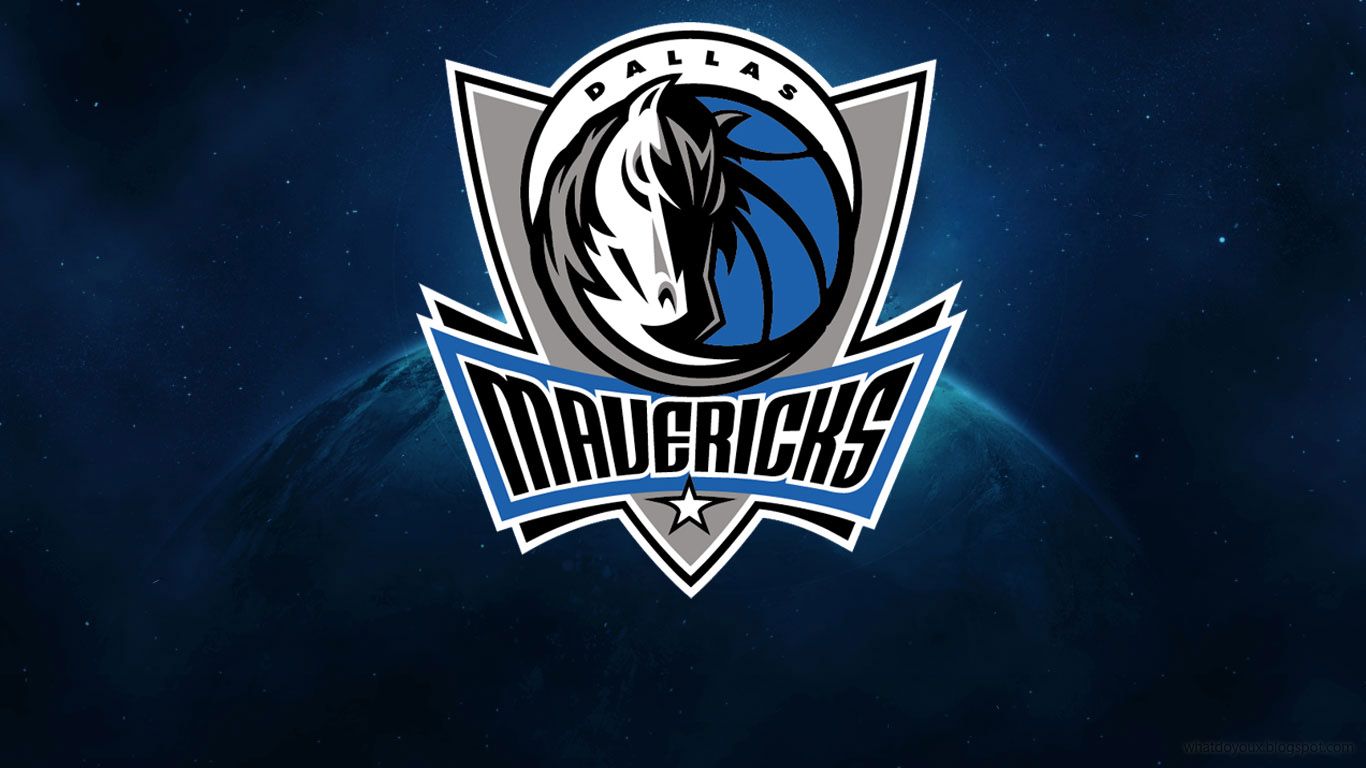 The Dallas Mavericks are reportedly looking to create their own version of a big three, which means that they are looking to add another big name to pair with Luka Doncic and Kristaps Porzingis. However, getting a star this offseason appears to be unlikely with reports saying that they are setting their sights on the 2021 free agency, where they are expected to go after Giannis Antetokounmpo.

But in order to become an attractive destination for stars, the Mavericks need to prove that they are close to winning a championship next season. This is the reason why experts and fans are expecting the Mavericks to make major moves this offseason to improve their roster following their first-round exit in the 2020 NBA Playoffs. Dallas is currently being linked to several potential trade targets, including Los Angeles Lakers guard Danny Green.

The Mavericks were interested in signing Green last year when he was a free agent and they were actually in the running but the veteran opted to sign with the Lakers to chase his third championship ring. Now that he has earned his third title and struggled during the postseason, the Mavericks might be in a good position to acquire him. And according to Emma Steinberg of Sports Illustrated, trading for Green makes a lot of sense for Dallas.

Steinberg said that Green's versatility and experience will be a big boost for the Mavericks, who are bannered by two relatively young superstars. Green is also a great defender and is known for his shooting, which could open up a lot of opportunities for Doncic and Porzingis. Simply put, Steinberg believes that adding Green to the roster would make the Mavericks more dangerous on both ends of the floor.

"First Team All-NBA guard Luka Doncic would give the opposition more nightmares  than he already has with the help of Green," Steinberg said. "With Doncic's midrange floaters coupled with his crafty ability to attack the basket, Green’s versatility to play at the two, three or four would make Dallas a threat when mismatched against  opponents off pick-and-rolls. Taking that duo and adding Kristaps Porzingis will make the offense that much more dangerous."

It is worth noting, though, that trading for Green comes with a risk. Aside from averaging just 8.3 points and 3.3 rebounds per game last season, the 33-year-old guard might eventually become a one-year rental for the Mavericks. The former North Carolina standout only has a season left in his two-year, $30 million contract with the Lakers.

If the Mavericks will not find a way to acquire Green, Nash Neary of The Roar thinks that they should break the bank for Indiana Pacers guard Victor Oladipo. Oladipo has already denied that he wants a trade out of Indiana, but the veteran guard is continuously being mentioned in a lot of trade rumors as of late.

Neary thinks that the Mavericks should reach out to the Pacers about Oladipo, whose trade value is on an all-time low after struggling last season. The 28-year-old was a shadow of his old self last season after a long recovery from a torn quadriceps tendon. While he failed to make an impact last season after averaging just 14.5 points in 19 games, Neary believes that he would be an asset in Dallas.

"Going the Oladipo route gives the Mavs another ball handler to run the pick and roll which has generally been one of their go to offensive sets with Luka and KP," Neary said. "People have forgotten how good he is given the significant injury he suffered, rupturing his quad tendon. He broke out, becoming an All-Star in 2018, winning the Most Improved Player as well as being named on the All-NBA Third Team and NBA  All-Defensive First Team."

Oladipo had a breakout year during the 2017-18 NBA season, where he averaged 23.1 points to go along with 5.2 rebounds and 4.3 assists per game. Tragedy struck him a season after, where he was limited to just 36 games, but he still managed to average 18.8 points on top of 5.6 rebounds and 5.2 assists. Neary is convinced that Oladipo still has the ability to take a lot of pressure out of the shoulder of Doncic and Porzingis.

Neary also added that they Mavericks would gain a lot from trading for Milwaukee Bucks forward Khris Middleton. He said that the All-Star forward could give the Mavericks an additional threat on both ends of the floor similar to Oladipo but with less athleticism. Middleton is not known for his athleticism but Neary thinks that he could be a perfect fit for the Mavericks.

"Despite a lack of athleticism, he compensates for this with his crafty ability to score the ball from the mid-range and three with a fast release," Neary said of Middleton. "Middleton provides length at his position, providing defense and is able to shoot the ball in catch and shoot situations or run isolation plays after showing this year he can do so. Throughout the season, Middleton developed as a playmaker and improved his ability as the ball handler in pick and roll sets."

However, it remains to be seen, though, if the Mavericks have the assets to convince the Bucks to trade Oladipo or if Milwaukee will really consider trading him. The Bucks are looking to make drastic improvements to convince Giannis Antetokounmpo to stay. Trading Middleton might not help their cause, as the 29-year-old is coming off a strong season, where he averaged career-highs 20.9 points on top of 6.2 rebounds and 4.3 assists per game.

New Orleans Pelicans veteran guard JJ Redick was also mentioned as an ideal target for the Mavericks. Grant Hughes of Bleacher Report suggested a deal between the Mavericks and the Pelicans. In the proposed deal, the Mavericks will acquire Redick and the 13th pick in the draft in exchange for Maxi Kleber and the 18th pick in the draft. Hughes said that the deal is a win-win move for Dallas, as it will still give them a chance to pursue Antetokounmpo next year.

"For Dallas, a team everyone seems to think has a shot to sign Giannis           Antetokounmpo in 2021, this move would trim $8.7 million in 2020-21 salary from the books while giving Luka Doncic an all-time three-point shooter to play with for at least a season," Hughes said. "If the Mavericks manage to land Giannis in a year, Redick, even at his age, could be a key retention priority. The spacing he'd provide would make life impossible for defenses tasked with wrangling Doncic, Antetokounmpo and Porzingis."

However, it remains to be seen whether or not the Pelicans would be open to trading Redick. New Orleans recently hired Stan Van Gundy as their new head coach. Redick played under Van Gundy during their time with the Orlando Magic and will likely be crucial to Van Gundy's transition in New Orleans.

The Derrick Rose to Los Angeles Lakers rumors continue to heat up as the league is expected to announce the dates where teams will be allowed to make trades or talk to free agents. Rose has been linked to the Lakers before the trade deadline earlier this year. Los Angeles was reportedly determined to trade for the former NBA Most Valuable Player, but the two teams failed to reach an agreement.

According to Andy Bailey of Bleacher Report, the Lakers should strongly consider trading for Rose. Rose played well together with versatile big man Christian Wood in Detroit. Bailey thinks that Rose would even be better playing alongside Anthony Davis, especially when LeBron James is on the bench.

"Los Angeles basically has the Super Saiyan version of Wood with Anthony Davis," Bailey said of Rose getting traded to Los Angeles. "That pairing would fit together seamlessly, particularly in the short stretches in which LeBron James is on the bench.  An offense designed around a two-man game with Rose and AD could help the Lakers better survive stretches without their GOAT candidate."

Playing alongside James might be a little bit more complicated, though, because both of them need the ball on their hands a lot to become effective. However, he does not expect it to become a huge issue, especially after James played effectively alongside Rajon Rondo during the playoffs. Los Angeles also has the option to feature Rose a lot when James is resting on the bench.

"Rose would likely have a bench role in L.A., as he did with Detroit, and his minutes could be staggered so that he's most heavily featured when LeBron is out," Bailey said. "And when sharing the floor, Rose's below-average three-point shooting wouldn't necessarily crater the offense. Each can get to the rim in a heartbeat, and kick-outs to the other could result in drives past defenders scrambling to the line, rather than three-point attempts."

The 32-year-old superstar is coming off two consecutive strong seasons. During the 2018-19 NBA season, Rose averaged 18.0 points on top of 4.3 assists and 2.7 rebounds per game. In 50 games with the Pistons last season, his numbers improved to 18.1 points and 5.6 assists.