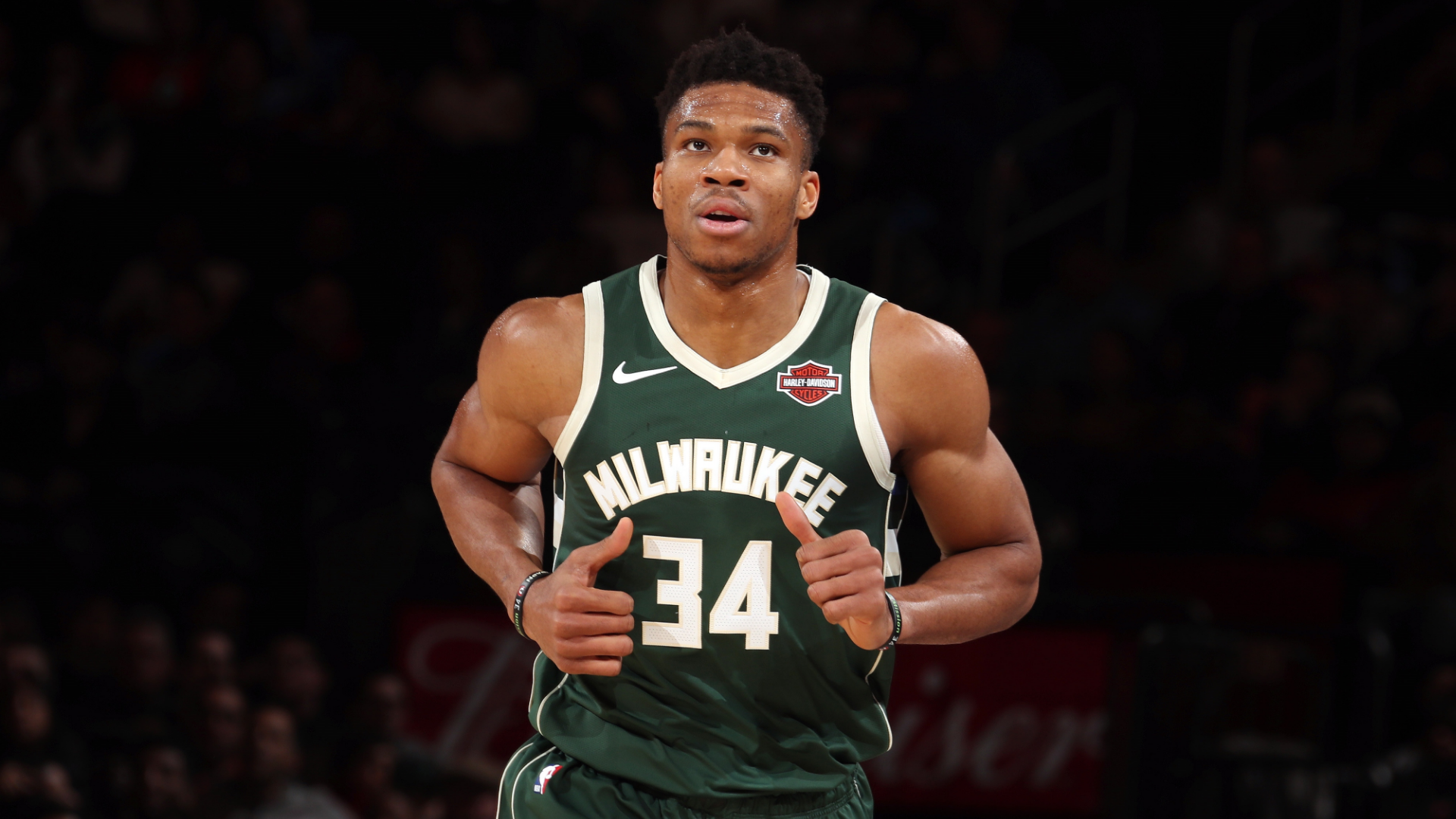 The Golden State Warriors are expected to make significant moves in the hopes of reclaiming the title next season. Although they finished dead last in the standings last season, the Warriors remain a threat to any title contender with Klay Thompson returning from an injury. However, the Warriors might still need more reinforcement to seriously challenge the top teams in the Western Conference like the Los Angeles Lakers and the Los Angeles Clippers.

This early in the offseason, the Warriors are already being linked to possible trades or options in free agency. They have long been linked to Milwaukee Bucks superstar Giannis Antetokounmpo, whose future with his current team remains murky after having another early exit. One ESPN analyst opened up the discussion again, and she thinks the Warriors are actually in a good position to acquire Antetokounmpo.

According to Ramona Shelburne of ESPN, if there is any team who can persuade the Bucks to trade Antetokounmpo, it is the Warriors. She pointed out that Golden State has the assets to create a trade package that would be too hard to pass up for the Bucks. As for the salary factor in the deal, Golden State also has a huge trade exception that they got from a previous trade involving Andre Iguodala.

"From where I'm sitting guys, that's the Warriors," Shelburne said when asked who could give Milwaukee the best trade package for Antetokounmpo. "They have the best package. People get so upset when I say that, but they do. They have the trade exception, they have Andrew Wiggins, they have this year's pick, they have next year's  Minnesota pick."

The picks that could be involved in the package are valuable. Golden State owns the second overall pick in this year's draft, and also a top-three protected pick in 2021 from the Minnesota Timberwolves. Shelburne also added that if push comes to shove, the Warriors might even think of including either Klay Thompson or Draymond Green in the package for Antetokounmpo if the Bucks officially place him on the trade market.

Milwaukee is not in a good position at this point because Antetokounmpo is set to become a free agent after next season. This means that they could eventually lose him for nothing if they decide to keep him for the rest of next season. Antetokounmpo has already sat down with the ownership of the Bucks, but it remains to be seen whether or not the Bucks could make moves to prove that they are still the best place for the two-time Most Valuable Player.

As for the Warriors, if they fail to acquire Antetokounmpo, they have other options to consider. Golden State is continuously being linked to Orlando Magic forward Aaron Gordon. Sam Quinn of CBS Sports predicted that Golden State will eventually reach out to the Magic for a trade involving Gordon, who could be valuable in their title pursuit and in a potential playoff matchup against the defending champions Los Angeles Lakers next season.

"The Warriors will likely seek out a big man to throw at Davis in a potential matchup with the Lakers, but that's more than doable on the Taxpayer Mid-Level Exception," Quinn said. "Their real chip, the No. 2 overall pick, needs to go to a two-way force that will benefit from their offensive infrastructure. That is Gordon, who will fit right into Golden State's switch-heavy defense, has flashed a league-average shot on an Orlando team with no spacing whatsoever."

Quinn also touched on the possible moves from Milwaukee this offseason to salvage their chances of keeping Antetokounmpo. He expects the Bucks to spend their Mid-Level Exception on a role player and make minor trades that would force them to pay the luxury tax to send a signal to Giannis that they are willing to spend. But as for a blockbuster deal, Quinn does not see the Bucks going that route.

"This will be a token gesture more than anything else," Quinn said of the Bucks paying the luxury tax. "The Bucks will pay the tax for the sake of telling Giannis Antetokounmpo they paid the tax. That will mean spending the Taxpayer Mid-Level Exception on a role player and perhaps making some minor trades, but for now, don't expect a blockbuster acquisition like Chris Paul in Milwaukee's future."

The New York Knicks are aiming to become relevant again after years of being a cellar dweller. They have made positive moves towards their goal, including the hiring of new team president Leon Rose and new head coach Tom Thibodeau. It remains to be seen what moves the new front office will make, as they are being linked to a lot of potential acquisitions like Chris Paul and Carmelo Anthony.

But according to Ian Begley of SNY, Houston Rockets superstar Russell Westbrook is another player to keep an eye on for the Knicks. Begley said that he expects the Knicks to chase Westbrook aggressively if the Rockets decide to move on from the former NBA Most Valuable Player. Westbrook also reportedly expressed willingness to play in the Big Apple when the Thunder was looking to trade him last year.

"Some agents who represent top point guard free agents believe the Knicks would poke around on a potential Russell Westbrook trade if Houston makes him available," Begley said. "It’s worth noting that Westbrook, per sources, saw New York as a welcome landing spot last summer when Oklahoma City was talking to teams about potential trades."

However, Jordan Greer of Sporting News said that there will be a lot of questions surrounding the possible Westbrook-to-Houston scenario. Houston will be under a new general manager after Daryl Morey stepped down, which could be factor on Westbrook's future in Houston. However, Greer said that he sees no benefit for Houston when it comes to trading Westbrook to New York aside from shedding his expensive contract.

"As for the Rockets, unless they are simply desperate to get rid of Westbrook, it seems unlikely they would send him to NYC," Greer said. "Perhaps they could snag role players and/or draft picks, but if the Knicks are taking on Westbrook's money, they may not be willing to offer many valuable assets and they may want one attached to Westbrook coming their way."

On the other hand, Greer also thinks that the deal does not make sense for the Knicks. He said that Westbrook is already 32 years old, adding that he is a ball-dominant guard and not known for his shooting. While Westbrook could make an impact for New York, Greer thinks that it could hurt the development of New York's promising young players like 20-year-old guard RJ Barrett and 22-year-old center Mitchell Robinson.

The Milwaukee Bucks are expected to do anything to convince Giannis Antetokounmpo to stay in Milwaukee beyond next season. Antetokounmpo has already expressed his desire to continue playing in Milwaukee but it would all depend on what they will do with their roster in the offseason.

According to Preston Ellis of Bleacher Report, the Bucks should strongly consider trading for Indiana Pacers guard Victor Oladido. While Oladipo has already denied the rumors, there were reports indicating that he wants out of the Pacers. While Giannis leaving Milwaukee is not impossible at this point, Ellis thinks that adding Oladipo could do more good than harm for the Bucks.

"That of course is contingent on the Bucks finding a star capable of alleviating that pressure and getting the Bucks over the postseason hump," Ellis said of the possibility of convincing Antetokounmpo to stay. "Victor Oladipo fits the bill of a disgruntled superstar who may be willing to team up with Giannis."

Oladipo struggled to find his old form this season after a long recovery from a ruptured quad tendon, averaging just 14.5 points and 3.9 rebounds, which is far cry from his averages of 23.1 points and 5.2 rebounds during his first season with the Pacers. However, a chance of scenery and playing alongside a dominant force in Giannis could do wonders for his career. His decreased production might also be beneficial for Milwaukee in trade talks with Indiana.

"Given his disappointing performance and the nature of his expiring contract, the Bucks shouldn't have to unload much to acquire him," Ellis said. "Taking on Eric Bledsoe's three remaining years may be difficult to swallow, but Bledsoe is still a high-end defender, as evidenced by his All-Defensive second-team selection. Adding Donte DiVincenzo to the deal would make his addition more palatable."

The Bucks are in a tough situation, as they could lose Antetokounmpo for nothing in 2021 if they decide to keep him for the entirety of next season. Milwaukee finished with the best regular-season record for the second straight season, but they fell short again in the postseason. They were favorites to come out of the Eastern Conference this season, but they were eliminated by the Miami Heat in the second round of the playoffs in just five games.