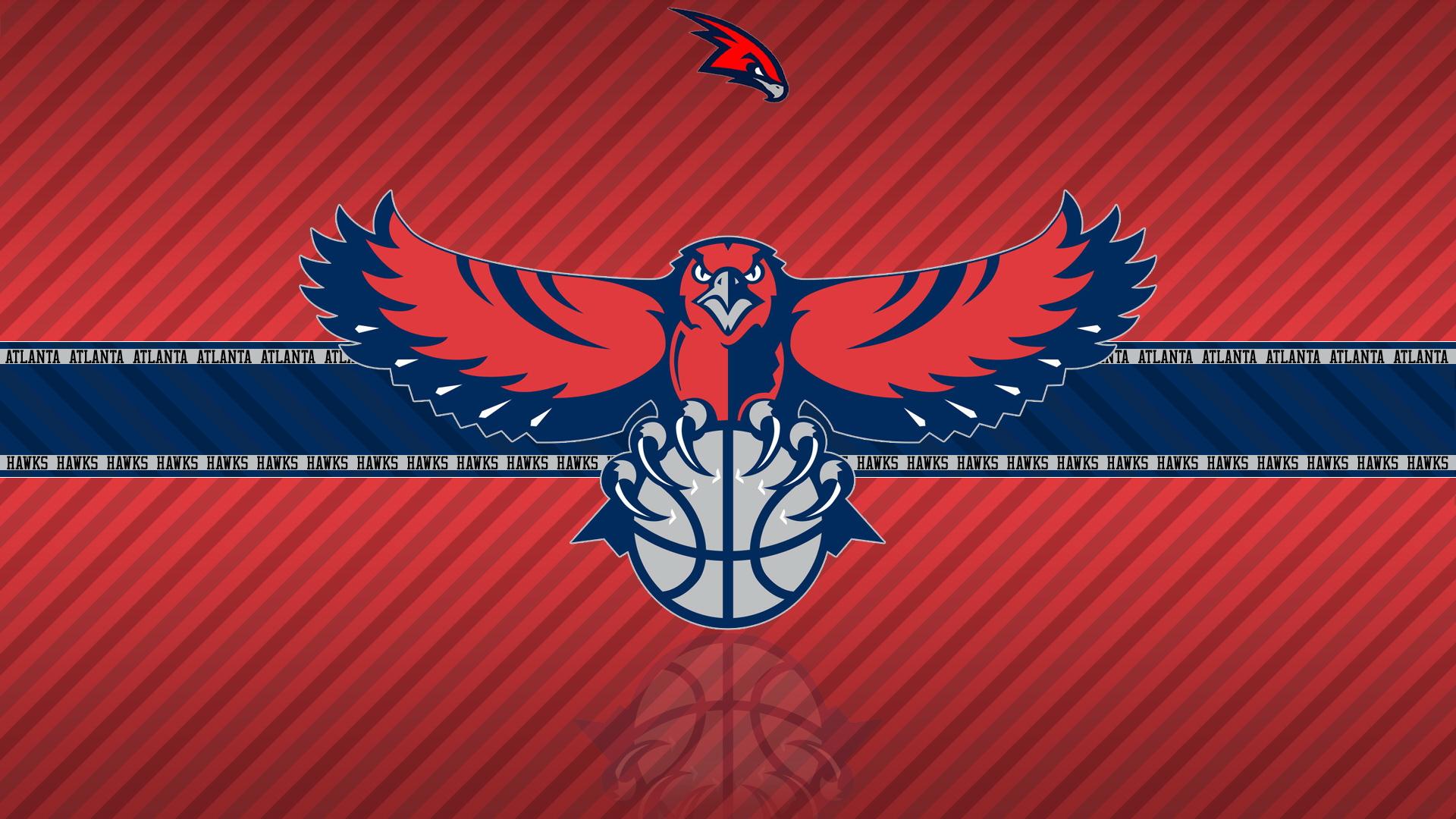 Hawks told Young that a trade is coming soon

In an obvious bid to build a more competitive roster around young budding star Trae Young, the Atlanta Hawks are now pushing for trade deals to land players who can complement Young’s unique skill set. Shams Charania of The Athletic recently reported that Young was involved in an “emotional locker room scene” after the team loss 11 of their previous 13 contests.

"Frustration has been mounting within the Hawks organization at times and league sources say it resulted in an emotional locker room scene involving star point guard Trae Young following a recent loss. The Hawks have lost 11 of their past 13 games, including eight by double digits. They have won two of their past three, though. After a 130-118 home loss to Brooklyn on Wednesday, one high-ranking team official was seen telling Young that the team would be getting him some help on the roster soon,  ccording to multiple sources.”

The Hawks are now sitting at the bottom of the Eastern Conference. They are sporting a lowly 6-20 record, tied with the similarly-measly New York Knicks squad. We thought that the Hawks would be a better team than last season, especially after they won their first two games of the year. But they have been on a downward spiral since, even losing 10 straight games at one point.

Of course, the blame should not be put on the shoulders of Young. The sophomore point guard is having a stellar year of 27.7 points, 4.2 rebounds, 8.6 assists and 1.2 steals per contest, including a solid 37% clip from beyond the arc. He has eclipsed the 40-point mark twice this season, while breaching 30 points in 10 contests. Most importantly, Young has been exhibiting tremendous playmaking abilities, notching at least 10 assists eight times.

Still, the Hawks have found it very difficult to rack up wins. In fact, they have been losing games in embarrassing fashion, highlighted by an overtime loss at the hands of the Miami Heat when they led the game by six points with a little over a minute remaining in regulation. Young is the only Atlanta player who is averaging at least 20 points this season. Combo big man John Collins comes close to that with 17.0 points, but he is serving a 25-game suspension for violating the league’s anti-drug policies.

With that said, this team is filled with young, talented assets. However, Charania also reports that the Hawks front office could look into tapping more seasoned veterans to bring experience and leadership to the table.

“The frustration among Hawks ownership, the front office and players should not come as much of a surprise because of the losses that have been piling up and postgame flare-ups are far from abnormal... The team could look to replenish its lack of veteran presence on the roster prior to the trade deadline."

A large part of the team’s financial commitments are placed on the massive salaries of Chandler Parsons, Evan Turner and Allen Crabbe. Only Crabbe is logging in consistent minutes among those players. However, the positive takeaway from this is their contracts will expire after this season as they are slated to enter unrestricted free agency in 2020. The Hawks can cash in big in next year’s FA class, although the 2020 batch is expected to be a shallow one. If the organization waits and keeps their salary books free from lucrative, long-term deals, they can open up two max slots for the heavily-stacked 2021 free agency class.

As trade speculations heat up around his name, veteran sharpshooter J.J. Redick still believes that he and the New Orleans Pelicans have what it takes to turn things around this season. Fresh off from signing a two-year $26 million deal with the Pelicans during the offseason, the 35-year old gunner was set to become the veteran leader for a young team brimming with so much potential. However, prized rookie Zion Williamson underwent a potential season-ending knee surgery before the regular season began. On top of that, Lonzo Ball and the team’s other key cogs also missed a number of games due to injuries.

Still, Redick reiterated that the team is progressing upward despite currently sitting on a 12-game losing skid. In an interview with nola.com’s Christian Clark, Redick said that the team is actually doing great things especially on the defensive end of the floor.

“We built good habits throughout the season. Specifically, we made a big leap    defensively. We ended up finishing the year third or fourth depending on what metric you looked at.”

When asked about his reaction on the swirling trade rumors around him, the veteran shooting guard emphasized that his focus is on how he could help the team turn things around this season.

But then again, that is still easier said than done. Sporting a woeful 6-20 win-loss card, the Pelicans will find it very difficult to even compete for the last playoff spot in the Western Conference. If the team keeps on piling up the losses, Redick’s mindset may even change. A quality vet like him should be out there chasing championships than being a part of a slow, rebuilding process. The Ringer’s Kevin O’Connor wrote that he had conversations with league executives about the Pelicans’ stance in the possibility of shipping Redick.

“Redick was signed this summer by the Pelicans for two years, $26.5 million, and will likely not be traded because he’s an important veteran presence on their young team. But multiple executives believe New Orleans could be convinced to trade him for a significant offer.”

Now in his 14th year in the league, Redick is still norming solid averages of 15.8 points, 3.0 rebounds and 2.1 assists per contest. He is also producing an excellent 45% clip from three-point territory, currently ranked third in the league among players who have already put up at least 170 three-point attempts this year. If the Pelicans put his name on the trading block, it’s expected that Redick will be widely-sought by contending teams in need of efficient long-range bombers.

Should the Knicks place Morris on the block?

O’Connor also included New York Knicks combo forward Marcus Morris on his trade report. The 30-year old vet is having the most productive season of his career, norming 18.6 points and 5.8 rebounds, including an outstanding 48% clip from beyond the arc. Morris has been the Knicks’ only consistent bright spot this year. The one-year, $15 million contract he signed with the Knicks last summer will expire in 2020, making him more attractive to interested teams.

Moreover, The Athletic’s Mike Vorkunov also reported that the Knicks may even gain a first-rounder or a young talented player in a potential Morris deal. However, Vorkunov also states that not every team would be willing to give up a future first-round draft pick if the Knicks don’t plan to eat up a long-term salary dump in return.

“It’s not unanimous, though, that the Knicks would definitely get a first-rounder back  for Morris, those scouts and executives say. Drawing a first-round pick is difficult. Last season it was only done by teams willing to take on bad contracts to free up cap space ahead of free agency — something the Knicks were unwilling to do this summer and may not be willing to do now either — and by the Knicks when they traded Porzingis.”

Indeed, the Knicks front office is at the crossroads here. While a first-rounder is very enticing, the team’s recent moves dictate that they are not inclined in taking up a long-term financial commitment until the league’s biggest superstars become free agents in 2021. Right now, the team doesn’t have any big contracts beyond 2021 so it’s obvious that have already set their sights on the 2021 FA class.

As for Morris, the vet says that he is aware of the trade speculations. However, he emphasized that New York is the place to be for tough-minded players like him, as per Marc Berman of the New York Post.

“I’m aware of that. It’s part of the game, but like I said in the beginning, I love being in New York, win, lose or draw. I’m here to try and help turn this thing around. I’m not really looking to get traded, that’s just my personal opinion.

Morris, 30, is not just a one-dimensional player. He is also a valuable asset on defense, and his ability to play both the small and power forward positions is a unique advantage to have for any team. Among the teams that could offer their interest on acquiring Morris are the Miami Heat, the Portland Trail Blazers, or even the Houston Rockets.