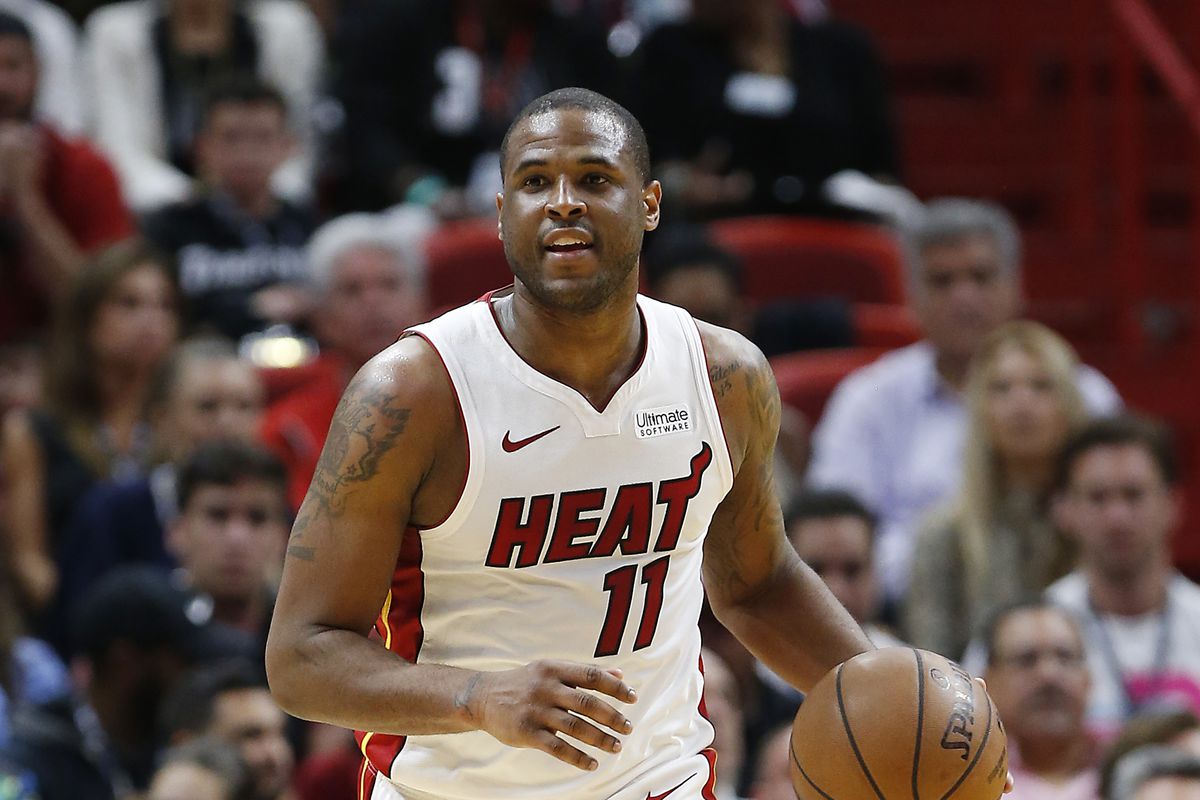 NBA Trade Buzz: How Will Miami Deal With The Dion Waiters Situation?

Waiters could prove to be difficult to trade

Pat Riley has been very popular with the magic he does in acquiring superstars to come play for the Miami Heat. He has pushed the Heat to be a contending team year in and year out. They acquired two-way superstar Jimmy Butler through a sign-and-trade deal with the Philadelphia 76ers last summer. That has worked wonders for them as the Heat are now off to an excellent 6-2 record to start the season.

But despite the team’s improved on-court cohesiveness and chemistry, there’s still a bad cloud hovering over them. Dion Waiters is yet to play a game this season even though he’s already healthy and fit. The Heat suspended him due to his “inappropriate actions”, but it’s quite mind-boggling why he hasn’t logged in any minute on the court yet. The team even announced that they have already lifted his suspension, yet the 27-year old combo guard remains in the sidelines.

One obvious solution for this problem would be to find Waiters a new environment. He is still a talented scorer who has the abilities to finish creatively around the rim and launch long-range shots in bunches. In only 25.9 minutes per contest last season, Waiters managed to average a decent stat line of 12.0 points, 2.6 rebounds and 2.8 assists. However, finding an interested trade partner for Waiters could be a difficult task for the Heat front office. Barry Jackson of the Miami Herald recently reported that the team has been unsuccessful in plotting a trade scenario for the 6-foot-3 guard.

“One person in touch with the Heat said no palatable trade scenario had emerged for Waiters as of early this week. And it’s not worth Miami packaging an asset with Waiters to receive a lesser player in return. Waiters is due $25 million combined over the next two seasons.”

It’s not even surprising that teams are passing on the services of Waiters. Heavy.com’s Sean Deveney reported that one undisclosed team general manager told him that the Heat were actually trying to move Waiters since last Christmas. But Waiters’ off-court issues were deemed too much to take in as other teams have been hesitant in acquiring him.

Of course, another solution to this situation is to just insert Waiters back to the rotation. We don’t know how Heat head coach Erik Spoelstra will do that, but the bigger question is if he is even willing to do that. The emergence of rookie shooting guards Tyler Herro and Kendrick Nunn has taken over Waiters’ minutes, not to mention that Miami has also transitioned Justise Winslow to the point guard position. Moreover, Goran Dragic is slowly making a case for the Sixth Man of the Year award as he is providing the team with much-needed firepower off the bench.

In a statement after the Heat’s massive win against the streaking Phoenix Suns, Spoelstra even went on to praise Dragic for his willingness to accept a bench role after being a regular starter most of his career. We don’t know if that’s a knock on Waiters, but the latter has been known to always complain about his role and his playing time.

It remains to be seen how this Waiters story will unfold, but he and the Heat could be facing a long standstill situation. Unless a contending team suddenly requires the need of a good scorer, or the Heat will be spelled with multiple injuries, we won’t see much of Waiters anytime soon.

There a lot of rumours surrounding a possible trade of Cleveland Cavaliers veteran star big man Kevin Love. However, that hasn’t gained a lot of traction so teams are now targeting a more expendable trade asset for the Cavaliers. Sean Deveney of Heavy.com reports that teams have expressed their interest in acquiring Cavs combo guard Brandon Knight, an eight-year veteran who has already played for six teams throughout his career.

"If you can take the hit on his (salary) number and match it, you can get rid of a bad contract and get a guy who can still play," a league executive told Deveney. "He's got the most interest. He is 28 years old [Note: He's 27 until Dec. 2]. He's been through a lot obviously with the injuries, but he is a guy who can probably help you this year and maybe you keep him on a good value deal if he produces."

Knight, who signed a five-year, $70 million contract back in 2015, is still owed $15 million this season. This is the last year of his lucrative contract as he will become an unrestricted free agent in 2020. That should make him easier to trade because Knight doesn’t pack any long-term financial commitments, especially if he doesn’t pan out with his new team.

Despite all the injuries he has endured, Knight can still be an offensive threat off the bench. After all, he is just 27 years old and there’s optimism with his future especially now that he has fully recovered from his ACL injury. Renowned trainer Stanley Remy emphasized how he sees Knight going back to his borderline All-Star form that netted him that near max contract in 2015.

Per an exclusive interview with HeatNation.com:

“Seeing him get back to that level after tearing his ACL and coming back slow, going through all the things he went through, to see him moving the way he’s moving and his confidence and shooting the ball the way he’s shooting it; I’m looking for him to get back to that form and really put himself back in a position and a perspective of talks of some of the best points guards in the NBA.”

Sure enough, Knight balled out during that 2015 season. He drew a career year that saw him put up 19.6 points, 3.9 boards and 5.1 assists per contest for the Suns. But the injuries forced his performance to regress, costing him the 2017-18 season in which he redshirted.

Should Golden State move D’Angelo for a better haul?

With a new report saying that Stephen Curry may not play again this season, the Golden State Warriors could be in for a really long year. Curry joins Draymond Green and Klay Thompson in the Dubs’ growing injury list, and it’s now up to newly-acquired All-Star guard D’Angelo Russell to lead the charge for the team. Russell is coming off a spectacular 52-point performance in a loss against the Minnesota Timberwolves, the team he was expected to sign with prior to committing to the Warriors.

But now that the Warriors’ playoff hopes have become bleak, there’s a growing belief that Russell could be moved after this season. ESPN’s Brian Windhorst reported that the Warriors can receive quite a haul from a team interested in acquiring Russell’s All-Star services.

“If the Warriors decide to investigate the market, some league executives believe it's not unreasonable to think the Warriors could get another first-round pick plus a quality role player for Russell, especially if they're able to construct a deal where they take back salary.

Even if Russell ends up looking like a great fit and the Warriors elect to keep him through the season, he would potentially have just as much value next summer when the free-agent pool is shallow and teams go hunting for talent upgrades. While Myers  and Lacob haven't been afraid to make tough deals, they don't often do them midseason. The last midseason trade they made was way back in 2014.”

Through six games this season, D-Lo is putting up star-worthy averages of 24.5 points, 4.5 rebounds and 6.2 assists. His contract may be massive, but he is only 23 years old. Russell has a lot of room for improvement, yet he is already one of the best combo guards we have in the league right now.