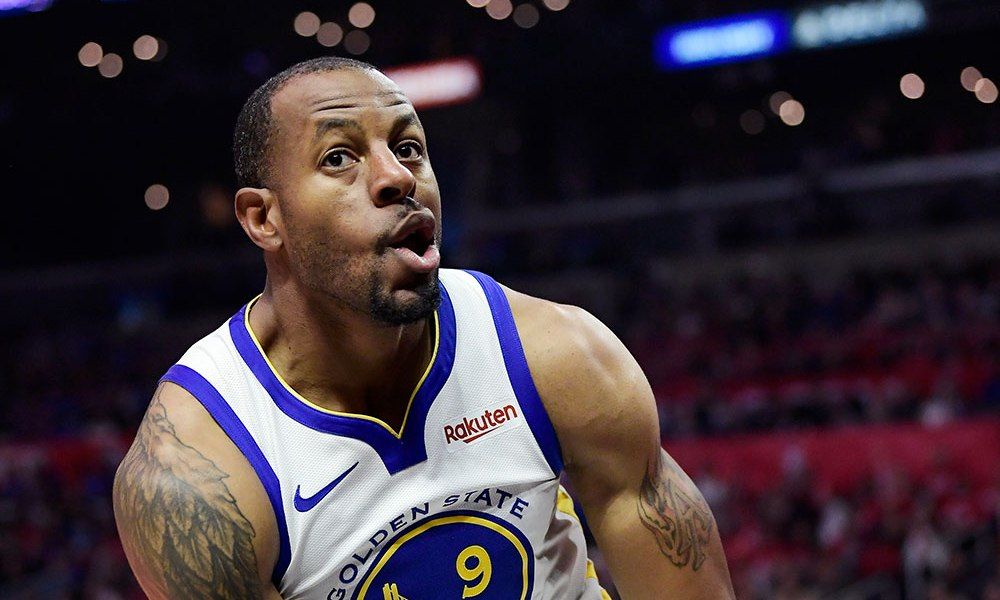 Heat shores up defense with arrival of three-time champion veteran

Through a three-team trade deadline deal, the Miami Heat emerged victorious as they added a three-time champion veteran to their already-impressive roster. While they have let go of a young promising star in Justise Winslow, the Heat has added a proven veteran defensive ace in Andre Iguodala. Iguodala was shipped to the Memphis Grizzlies last summer, and established an understanding with the Grizzlies front office that he won’t play for them as both parties agreed to trade him to a preferred destination.

With the Grizzlies playing surprisingly good basketball and are currently positioned in the 8th spot in the stacked Western Conference, there were speculations that Iguodala could change his mind and help the squad maintain their playoff position. However, that never took place and now, Iggy will be taking his talents to South Beach. After making his season debut for the Heat during a loss against the Portland Trail Blazers, Iguodala emphasizes that he is still in tip-top shape, as per ESPN’s Kevin Pelton. The former Finals MVP tallied 2 points, 6 rebounds, 3 assists, 1 steal and 1 block in his first game donning the Heat threads.

It was exciting to be out there tonight. It was like I was taking a sabbatical. Being away from the game makes you see how much you appreciate this game. The longer you are away, when you get out there again, you are excited with every possession, every opportunity to put your stamp on the game. That's what I tried to do tonight."

It would also be exciting to see how Iguodala will mesh with the Heat’s two-way superstar Jimmy Butler and first time All-Star big man Bam Adebayo. While many people expected the Heat to become a playoff team in the Eastern Conference, they have certainly exceeded even the highest expectations of them.

As for Iguodala’s part, this Miami gig is an absolute fit for him. The Heat has always been known for instilling a tough, grind-it-out culture, and Iggy would be a perfect partner for their campaign. He already played 23 minutes in his first game after missing out more than a half of this season, an excellent indicator that the 36-year old vet’s health should not be a cause of worry for Heat fans. Even the famed Pat Riley, the team’s president and one of the most important figures in the NBA, believes that Iguodala is still an elite player in this league, as per the Associated Press.

"He's an elite defender, an elite team defender, elite assist-to-turnover percentage; he ranks up into the top of those areas that are real tangible. You don't lose that in seven months. And probably it was a blessing in disguise that he didn't play for seven months.”

On the opposite side of the coin, the Grizzlies bag a 23-year old defensive swingman. Winslow has been a constant starter for the Heat since his rookie year during the 2015-16 season. He is coming off a career-best season in which he normed all-around numbers of 12.6 points, 5.4 rebounds, 4.3 assists and 1.1 steals per contest. Heat head coach Erik Spoelstra already had Winslow transitioning to a starting point guard role this year, but injuries have limited the lefty forward to just 11 games.

Despite his injuries this season, Winslow is still young and will certainly bounce back from this setback. It’s highly-anticipated that he will be immediately inserted to a consistent spot in the Grizzlies’ rotation. Although he is just 23, Winslow is already on his fifth year in the league. That amount of experience, combined with his two-way skill set, will be a massive boost to the team’s line-up filled with young, talented players.

Going back to Iguodala, the veteran also managed to sign a two-year extension with the Heat. Miami agreed to extend Iggy’s contract, giving him a two-year, $30 deal to spice up his arrival. However, it also cast a bit of a dark shadow to Iggy’s image in relation to some Grizzlies players. Dillon Brooks and Ja Morant apparently didn’t appreciate the fact that the ex-Warrior leader’s mind was already set towards not playing for the Grizzlies should they fail to manufacture a trade to another team.

Yet, Iguodala reiterates that he never said that he doesn’t want to play with the likes of Brooks and Morant, as per Sam Amick of The Athletic.

“I mean, that’s not up to me to say. All I know is that I never stated that I wasn’t going to play there, and I never stated that I didn’t want to play with those guys. But I know that’s public territory (where they reacted), and I can handle it, and that’s  why I never went out and said, “You know, this person is a liar. That person’s a liar.”

But the most important takeaway from this whole situation is that both Iguodala and the Grizzlies organization are now moving on. Ironically, the Heat was not even stated as a team of interest in the Iggy sweepstakes. The Lakers, Clippers and the Rockets were always the frontrunners in nabbing his services, but that could only be worked out through a buy-out scenario. However, the Grizzlies were firm that they aren’t going to just let go of Iguodala without getting assets in return. The Dallas Mavericks emerged as a suitor, but it was the Heat who had the most interesting package to entice the Grizzlies.

Moreover, we should not look past the other players that the Heat also received in this multi-team trade. They finally got rid of the off-court antics that scoring guard Dion Waiters brought to the table, though parting with a versatile do-it-all combo forward like James Johnson should sting a little. But the Heat also received two quality 3-and-D veterans in Jae Crowder and Solomon Hill.

Crowder, 29, has linkages to Heat legend Dwyane Wade and today’s star Jimmy Butler as all three of them attended and played college ball for Marquette. In his first game as a Heat cager, Crowder immediately impressed with a double-double stat line of 18 points, 11 rebounds and 3 assists, including a 5-8 clip from three-point territory. Crowder also became quite the leader for this year’s version of the Grizzlies squad, fulfilling the all-important glue guy role for the 8th-seeded team.

The versatile, defensive-minded forward also told The Athletic’s Andre Fernandez that the Heat has always been one of the most looked-up-to teams in the league.

“There’s always been a mutual respect just because of how they play, not just because they’ve had great players. The pace and the intensity they play, I knew what I was coming into just from seeing it from that side. You have to play balls to the wall and  play hard. Every time I played them, that happened.

You just put on that (Heat) jersey and it feels great. It’s a lot of memories of seeing that championship pedigree with which they carry themselves.”

While Solomon Hill didn’t log in a minute during the Blazers game, the 28-year old also exhibits a no-nonsense attitude in his game. A fascinating part of his game is his much-improved stroke from long range. In the 48 games that he played for Memphis this season, Hill has shot a career-best 38% clip from beyond the arc.

All in all, Spoelstra expressed his excitement on how helpful these veterans will be as they make a deep run in the postseason.

"I think what it says is that we really feel that this group has earned the right to really make this all about now. And we're bringing in three veteran players that have a lot of experience. Andre obviously bringing championship pedigree, somebody who has played in so many big moments ... that championship experience is invaluable. You can't put a price on it."

With a 35-18 record, the Heat holds the fourth spot in the East. They recently ended a three-game losing skid thanks to a victory over the league-worst Golden State Warriors. The Heat will have a full day of rest before they travel to Utah to face Rudy Gobert and the Jazz on Wednesday.