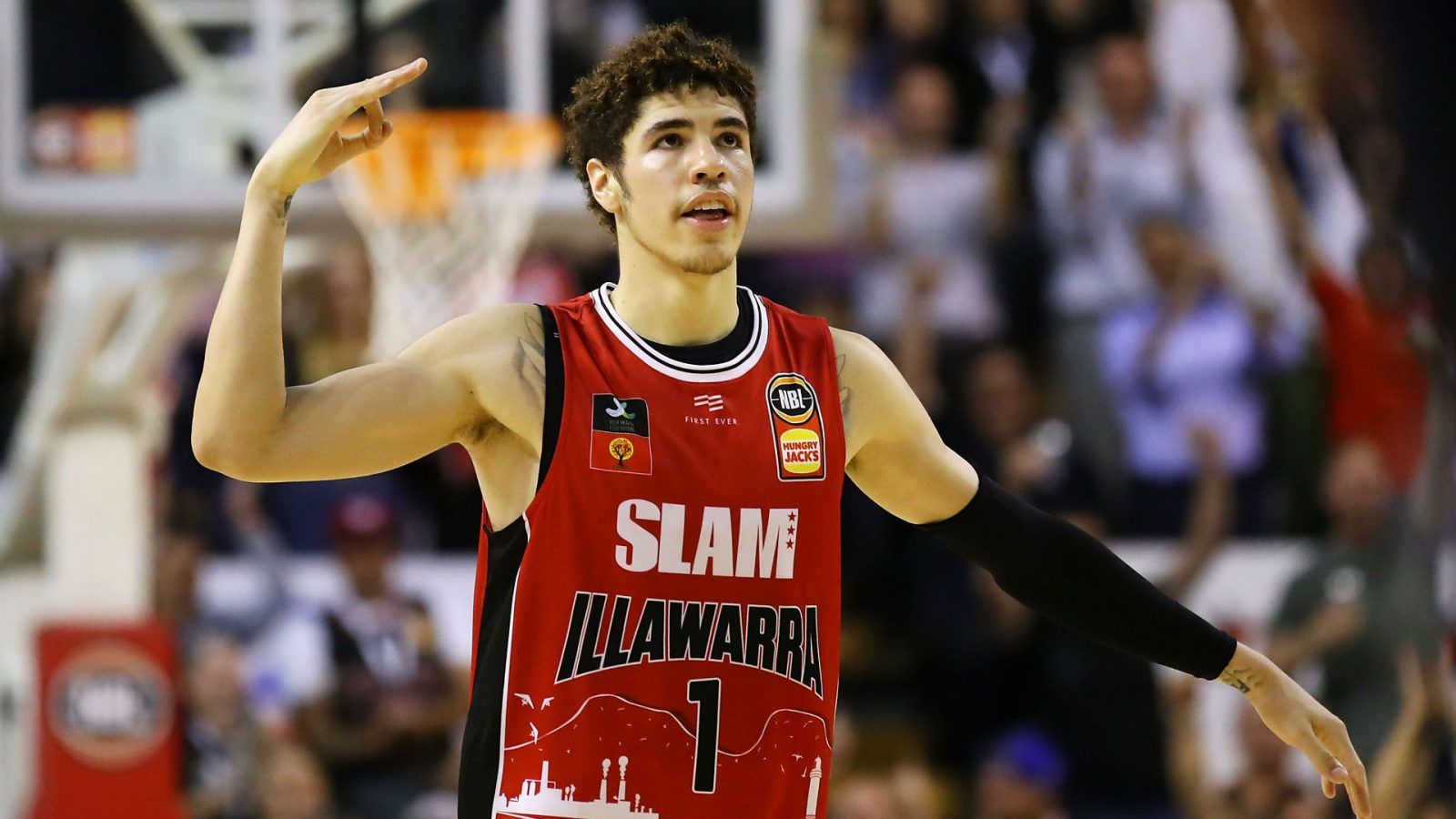 The New York Knicks are locking in on LaMelo Ball, a 6-foot-8 point guard projected to be a Top 3 pick in this year’s draft. LaMelo, the brother of New Orleans Pelicans playmaker Lonzo Ball, skipped college to play for the Illawara Hawks in Australia’s NBL. His tremendous versatility on offense has him pegged as the potential top draft pick of his class.

But with a 21-45 record this season, the Knicks only have the 6th-worst current win-loss slate in the league. Among the teams who are ahead of them in lottery odds are the Golden State Warriors, Cleveland Cavaliers, Minnesota Timberwolves, Atlanta Hawks and Detroit Pistons.

With that said, it has become apparent that the Knicks are willing to negotiate a trade deal to move up in the draft. Wes Goldberg, a Warriors beat writer for The Mercury News, reported that the Knicks are zeroing in on LaMelo even if it means that they have to make a trade.

“I spoke recently with NBA draft expert Chad Ford, and he seems to believe there would be one team in the market to trade up should the ping-pong balls not fall their way: the New York Knicks. Specifically, Ford said, for LaMelo Ball. Ball, a genius playmaker with star potential, would provide the Knicks with a much-needed identity on offense.

Should the Warriors end up with the first or second pick and Ball is on the board, the Knicks — with their own pick this year and first rounders from both the Clippers and the Mavericks in 2021 — have ammunition to move up. Depending on how far back it would move the Warriors, it’s certainly a possibility.”

The 18-year old Ball brother has certainly come a long way in terms of his development. Known as the sibling of the older Lonzo, the basketball community was introduced to LaMelo through a bevy of videos of him in prep school that had him scoring from almost anywhere on the court. He has always had that excellent knack of putting up the points across the board, but there were questions on his all-around game.

But the young hooper eventually negated all those criticisms as he developed his overall understanding of the game during his stint in the Australian basketball league. Ball showed his outstanding handle of the pick-and-roll set, and his willingness to take over games during the crucial stretches was very evident.

Most importantly, his physique grew into a lengthy 6-foot-8 frame, allowing him to play all perimeter positions on offense and defend opposing players from the point guard position to the power forward slot. There’s also the fact that many experts look at him as the best playmaker in his draft class, bolstering his value even more.

If the successfully nab LaMelo in the draft, he will immediately slot into the team’s starting backcourt that also includes lefty rookie RJ Barrett. The Knicks also have the financial flexibility to bring in a big-name superstar, although they have to start building a winning culture within the organization.

But that winning culture is what Leon Rose is building right now. The former player agent and new Knicks president has been garnering excellent feedbacks from multiple figures around the league. Marc Berman of the New York Post reported that Rose’s recent “unorthodox” hires are highly-applauded.

“However unorthodox, Knicks president Leon Rose has “upgraded’’ his basketball operations staff, according to multiple NBA sources. Rose decided to pick up the option on GM Scott Perry for next season but surprisingly is not expected to retain Perry’s two major scouting hires from 2017 — assistant GM Gerald Madkins and pro player personnel director Harold Ellis.

The contracts for Madkins, their college-scouting chief, and Ellis expire in August. Their jobs have been replaced this week with Rose adding longtime Jazz college scout, Walt Perrin and former Nets assistant GM, Frank Zanin, who arrives from Oklahoma City.”

Rose’s arrival indeed marks a new start in the Big Apple. Knicks fans could witness a rebirth of their proud franchise, arguably one of the most popular ballclubs in the world. Their failure to land a max free agent last summer could have woke them up to the reality that they are in right now. There are just so much off-court issues hindering the Knicks front office from having a good image out there.

Yet, there is a growing sense that the team is headed to the right direction. After Rose was introduced as the team’s new president, rumors circulated that they would be going after veteran All-Star point guard Chris Paul. Paul may already be up there in terms of age, but the 35-year old has helped the Oklahoma City Thunder be a 5th-ranked squad in the stacked Western Conference.

Paul’s knack for winning has made him a true leader and a strong locker room voice at this point of his career. That is exactly the type of leader that this young Knicks squad needs to get over the hump. They may not be a serious playoff contender in the next couple of seasons, but direction, credibility and continuity are three factors that New York needs to develop their young guns and also attract the interest of big-name prime superstars.

Of course, this will not be an easy process and there will always be bumps along the road. They have already learned a lesson from the past mistakes they committed, and one of them was the Kristaps Porzingis trade. In an effort to clear out enough cap space to be able to sign two max free agents, the Knicks traded away their young star big man to the Dallas Mavericks midway through last season.

In an appearance on WFAN’s Moose and Maggie, Mavericks team owner Mark Cuban revealed that the Knicks offer of Porzingis came as a huge shocker to him. It is not everyday that a budding star falls on their lap, and all they did was to give away a couple of role players and a young, unproven lottery pick.

“Very. It happens in the NBA. It’s like the James Harden trade. Harden gets traded from OKC to the Rockets and I’m like, damn, why didn’t we even get that offered to us? We weren’t in the mix. Nobody was. It was one phone call and the Rockets said yes. [The Porzingis trade] was our one phone call.

We already had those conversations before. GMs talk all the time. We’re willing to do  this if you ever want to give him up … We used to get calls on Dirk [Nowitzki] ‘We’ll give you A,B,C,D,E and F,’ But we’re not trading Dirk ever. [They said], ‘Well, if you do.’ In this case, [the Knicks] changed their mind.”

Having said that, the Knicks don’t stand to make a real blockbuster trade anytime soon. Their priority will be on developing their young players. Barrett is riding a productive rookie season that undoubtedly places him as one of the top scorers among the NBA’s debutants this year. Sophomore big man Mitchell Robinson has logged in more minutes this season, and Knicks fans witnessed a glimpse of how he could be the team’s frontcourt anchor on both ends of the floor. Kevin Knox had a “sophomore slump” season, but there’s no denying his potential as a combo forward glue guy for the team.