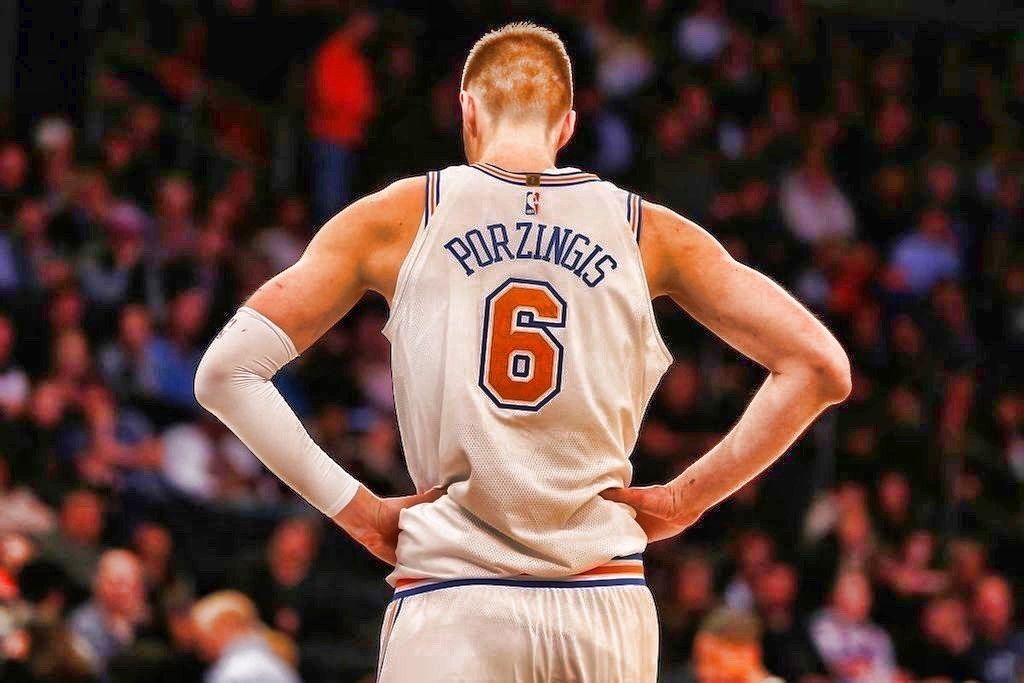 In one of the craziest trade deals in NBA history, the Dallas Mavericks sent a shock wave to the basketball world as they acquired superstar forward Kristaps Porzingis from the New York Knicks. The Knicks agree to ship Porzingis, Trey Burke, Tim Hardaway Jr. and Courtney Lee to Dallas in exchange for the Mavericks sending Dennis Smith Jr., Wesley Matthews, DeAndre Jordan and two future first-round picks to New York.

The deal happened just an hour after initial reports on Porzingis demanding a trade surfaced on the social media, per ESPN’s Adrian Wojnarowski.

“In meeting with management today, Knicks forward Kristaps Porzingis expressed his concern with the losing, franchise direction and an uncertainty that a culture is developing that will enable sustainable organizational success.”

With Porzingis set to become a restricted free agent this summer, the Knicks could have felt the pressure of potentially losing the All-Star big man to max offer sheets from other teams. Still, it’s bewildering for the Knicks to give up on Porzingis that easily as they could match any of those max offers for the Latvian star.

Just by looking at the players involved in this deal, it’s obvious what New York is focusing on getting: cap space for signing two big names in the 2019 free agency class. They got rid of the bloated contracts of Hardaway and Lee, and received the expiring contracts of both Matthews and Jordan. There are already rumors of the Knicks potentially buying out the contracts of the ex-Mavericks, especially considering the fact that Matthews and Jordan are two veterans who want to vie for a chance to compete in the postseason.

If this is the primary purpose of New York in pulling off this stunning deal, they might feel more stunned if no big name free agents sign with them in the summer. Right now, it feels like the Knicks front office became a bit hasty in handling the Porzingis situation, and it might be a major turn-off for superstars looking for a healthy and winning culture as a key factor in their decision. It’s no secret that the Knicks have Golden State Warriors superstar Kevin Durant as their main focus in the summer. Durant, a two-time champion, is used to being in a winning, stable organization. New York? Not so much.

Dallas wins this trade by a mile

Even if Porzingis is coming off a season-ending ACL injury last year, it’s not as if his style of play is very dependent on athleticism. His inside-outside game is already one of the best among the league’s big men. Add to that Luka Doncic’s basketball intelligence and playmaking brilliance, the Mavericks will be an exciting team to watch for years.

Dallas also replaced Matthews with Hardaway, who has been playing his most productive season this year. The 6-foot-6 shooting guard is posting a career-high in points (19.1ppg), on top of 3.5 rebounds and 2.7 assists per game. Hardaway’s ability to run off screens to either put up a shot from beyond the arc or slash to the rim will be an excellent weapon if partnered with Doncic’s skill of passing the ball at the right moment.

The Mavericks also got scoring point guard Trey Burke in the deal, a spitfire guard who will immediately provide Dallas head coach Rick Carlisle a scoring weapon off the bench. Burke is coming off a career season last year, but saw his minutes decrease as the Knicks have been opting to play both Frank Ntilikina and Emmanuel Mudiay over him. That should not take away Burke’s ability to score in bunches as he has logged in twelve games this season in which he scored more than 15 points, and four contests that saw him putting up more than 20.

Courtney Lee is an intriguing pick-up for the Mavericks, but he could be a potential buyout candidate for the team. With Harrison Barnes already in place at the starting small forward position, it will be difficult for Lee to crack a significant amount of playing time with the team. Still, he is a seasoned veteran and would be a steady presence for the team if the Mavericks opt to keep him.

Are the Knicks viewing Dennis Smith Jr. as their future franchise cornerstone?

In the 2017 NBA Draft, the Knicks surprised everyone when they selected Frank Ntilikina with their 8th overall pick, an unknown French point guard who doesn’t have an adept offensive game to be an excellent player in his position. The organization gave up the opportunity to draft Dennis Smith Jr., an athletic combo guard who was selected by Dallas with the next pick. Almost two years from that draft, Ntilikina is still finding his footing in the league, and is yet to be considered a capable NBA point guard.

Even crazier is the fact the Knicks then traded for the player that they should have drafted two years ago. Smith is still an intriguing prospect with much upside, and he should immediately take the starting spot away from Mudiay and Ntilikina. Smith is an above-average perimeter shooter, an excellent shot creator when penetrating, and has shown flashes of becoming a stellar playmaker.

However, the question moving forward is Smith’s ability to potentially lead a team and becoming the Knicks’ main man. The only sure thing for the Knicks right now is that they would get a Top 5 pick in this year’s draft, a solid opportunity to land Duke’s Zion Williamson or R.J. Barrett. But the possibility of them netting nothing in the 2019 free agency if superstars like Durant or Kyrie Irving declines an offer of playing in New York will be a gut-wrenching situation now that they shipped Porzingis to Dallas.