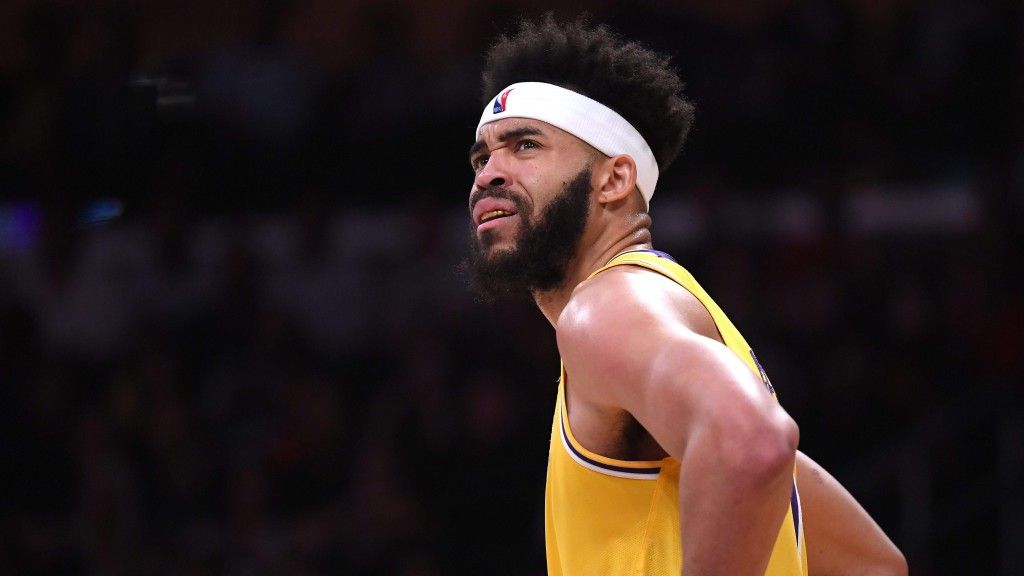 Knicks could have beat Clippers to a PG trade

All-Star forwards Paul George and Kawhi Leonard recently joined forces to play for the Los Angeles Clippers next season, but it is not without any contention from other teams. New York Daily News’ Stefan Bondy reported that the New York Knicks could have talked to the Oklahoma City Thunder for a potential trade involving George, a superstar that would boost New York as a preferred destination for top-tier free agents.

“A couple days after the Knicks began telling reporters they canceled their meeting with Leonard, the Clippers traded with the Thunder for Paul George. According to   reports, that deal turned the Clippers into the frontrunner for Leonard, who wanted a star running mate. According to an OKC source, the Knicks had enough assets to match and even exceed the Clippers’ offer (which was a colossal haul that included Shai Gilgeous-Alexander and four unprotected first-round picks and one protected first-rounder).”

While Gilgeous-Alexander’s star potential will exceed any individual player from the Knicks, New York could have offered a combination of young guns Dennis Smith Jr and Kevin Knox to even up the score. However, it’s still a question as to whether Kawhi or another star free agent will follow George to the Big Apple. The Knicks have become the laughingstock of the league in the past several years, and their front office issues and questionable personnel movements have hindered their progress.

But there’s a glint of hope that the Knicks are headed in the right direction. While they have lost their dreams of having Zion Williamson on their roster, they were still able to draft a young go-to-scorer in RJ Barrett. Knox is also making strides on his perimeter shooting as evident with how comfortable he is knocking down transition three-pointers during the Summer League. Their high-leaping sophomore center Mitchell Robinson has also displayed quite the arsenal on both offense and defense.

Most importantly, the Knicks’ offseason signings have been decent as well. They may have missed out on the big names, but they did right the ship by acquiring quality veterans that could instill a winning culture in the franchise. They nabbed a couple of excellent three-point shooters in Reggie Bullock and Wayne Ellington, while the addition of hard-nosed veterans like Taj Gibson and Marcus Morris will certainly bode well for the young team. The Knicks also acquired potential stars in Julius Randle and Bobby Portis, signing both of them to short-term deals that would pave the way for the team to still have financial flexibility after a couple of seasons.

Patience should be the mantra in New York. This is very ironic especially considering the fact that the Knicks haven’t been in the playoffs for some time now. But so many NBA teams in the past have fallen to the trap of panicking when things don’t go their way and risking a lot just for short-term success. Knicks team president Steve Mills has done a solid job trying to turn things around in one of the most popular teams in the league. When it became obvious that they’ll miss out on the max free agents this summer, Mills gave out this statement:

“While we understand that some Knicks fans could be disappointed with tonight's  news, we continue to be upbeat and confident in our plans to rebuild the Knicks to compete for championships in the future, through both the draft and targeted free agents."

Of course, it is with a complete doubt that the Knicks won’t be a contender for the playoffs this season. The top teams in the Eastern Conference have grown stronger while darkhorse squads like the Brooklyn Nets and the Indiana Pacers could emerge as elite teams. But more than competing for a championship or even a playoff spot, the Knicks should be more concerned in building a winning culture and further diving deep into player development. It’s safe to say that Mills and the rest of the Knicks front office are on the right path.

Should the Lakers move McGee before trade deadline?

Is JaVale McGee included in the long-term plans of the revamped Los Angeles Lakers team? With the addition of star big men Anthony Davis and DeMarcus Cousins, McGee would definitely see a decrease in his playing minutes next season. Mandela Namaste of the Bleacher Report suggested that McGee won’t be that needed as much as he was last year, which could eventually lead to him being traded at some point of the season.

“L.A. has a thoroughly unbalanced roster, and that balance tips towards the   frontcourt. Four of the Lakers’ five best players—LeBron James, Anthony Davis, Kyle Kuzma and DeMarcus Cousins—are best at power forward or center, which will likely push McGee out of the rotation at times.

His contract is just two years for minimal money, so he could be easily be moved to a   frontcourt-needy team like the Boston Celtics (though it’s doubtful the Lakers would  help them willingly) or Milwaukee Bucks.”

Of course, that would depend on the health of both Cousins and Davis. Add to that the fact that the Lakers only have two natural centers on the roster with McGee and Cousins. Davis has since reiterated that he wants to go back to the power forward position, although the Lakers’ best lineup would be to roll out a frontcourt combination of Davis, Kyle Kuzma and LeBron James. While the AD-Boogie pairing has been very successful during their short tenure with the New Orleans Pelicans, defense would be a problem especially when opposing teams go small.

So it won’t be a surprise if we still see McGee’s name on the Lakers roster by the end of next season. He is coming off the most efficient year of his career, putting up a career-high of 12.0 points on top of 7.5 rebounds and 2.0 blocks per game. It’s also expected that the Lakers will be putting Davis and Cousins on load management to preserve their energy for the playoffs, causing them to miss some games. That’s when the Lakers would greatly need McGee on the floor.

Lakers general manager Rob Pelinka has been reiterating that chemistry will be a great factor in their team success next season. This was the very reason why the team re-signed McGee, Rajon Rondo and Kentavious Caldwell-Pope, per the Lakers Nation.

“I think chemistry is everything and you have to look at the whole picture. It’s almost like the spokes on a wheel; you can’t just focus on one spoke and see that the wheel is   going to work. The way that those players in particular fit with the other pieces makes sense. That’s just chemistry in sports.”

While the Lakers have definitely loaded their lineup this summer, the Western Conference is still stacked this year. But a well-rested LeBron and a stronger supporting cast will be a force to reckon with, especially come playoff time.

Just like each and everyone of us, the Houston Rockets initially did not believe that Russell Westbrook will fall on their hands. Team general manager Daryl Morey says that he thought at first that the trade talks with the Oklahoma City Thunder are falling through, per Jonathan Feigen of the Houston Chronicle.

“It didn’t seem that there would be a fit for both parties. I told them (Tilman and Patrick Fertitta) quite a bit that it wasn’t going to happen because that’s what I believed. I didn’t think the pieces lined up. That’s why a three-team deal made sense. And I thought other teams would be more involved than we were; teams that had more fits.

I thought it was off. Then, there were last-minute concessions on both sides. There   was a back-and-forth at the end.”

In the end, the Rockets were able to land the former MVP and shipped star point guard Chris Paul and a couple of draft picks and considerations in the process. The blockbuster deal will pair Westbrook and James Harden again, two-thirds of the Thunder’s former young star trio that also included superstar forward Kevin Durant.

While it remains to be seen if the Westbrook-Harden pairing will work, there are still some speculations that the Rockets may not be done moving a couple of pieces around. Early in the offseason, the Houston front office confirmed reports that they are indeed trying to gauge the trade market for young budding big man Clint Capela, as well as veteran gunner Eric Gordon and defensive ace P.J. Tucker. A package of the potential of Capela and the steady scoring of Gordon could be intriguing for other teams interested in offloading their stars.