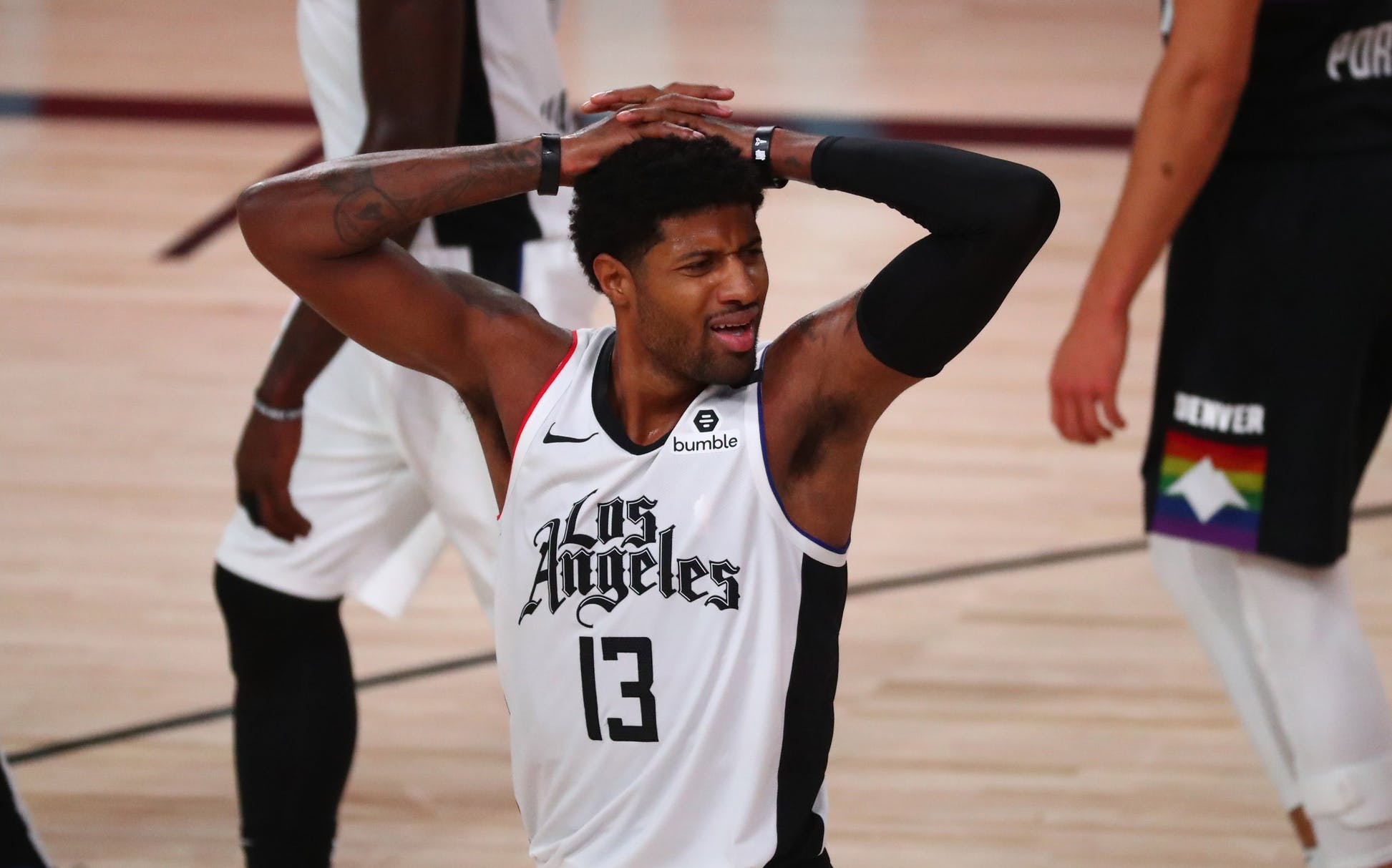 The Los Angeles Clippers had a disappointing end to their 2019-20 NBA season campaign. The Clippers were labeled as favorites to win the title this season, owing to their deep roster led by superstars Kawhi Leonard and Paul George. They were a win away from advancing to the Western Conference Finals, but tragedy struck, as they blew a 3-1 lead to the Denver Nuggets, bidding goodbye to their title hopes last season.

Following their disappointing exit in the postseason, Clippers owner Steve Ballmer opted to make huge changes. The first casualty was head coach Doc Rivers, who was let go before getting a new gig in Philadelphia. Los Angeles hired former Cleveland Cavaliers head coach Tyronn Lue as their new head coach, but it remains to be seen whether or not there will be roster changes in the horizon for the Clippers.

But if he will have it his way, NBA legend Shaquille O'Neal thinks the Clippers should make a bold move this offseason by trading George. O'Neal said on "The Big Podcast Shaq" that the Clippers should get rid of George in order to get two good players in return, who could complement Leonard. Shaq said that by trading George, Leonard will always have the mentality as "the man" in Los Angeles.

The Clippers had high hopes for George heading into the postseason, but the superstar forward crumbled and failed to live up to expectations. Previous reports also revealed that several teammates are upset with him for failing to let his game do the talking during the postseason. While he had several decent games in the playoffs, the former Fresno State standout was also ridiculed by fans on social media for his inconsistencies during the postseason.

Ballmer, due to his frustration, reportedly said that no one is safe in the roster. According to Chase Hughes of NBC Sports, he would not be surprised if the Clippers decide to trade George this offseason. However, he does not expect the Clippers to agree to a package easily, considering the huge assets they gave up to acquire him from the Oklahoma City Thunder last year. He said, though, that it would be hard for Los Angeles to find a lucrative offer.

"It wouldn't be surprising if the Clippers parted with George this offseason, as O'Neal says they should, but if they traded him for a collection of role players rather than another star, that would be unexpected," Hughes said. "They gave up a ton to get George from the Thunder just one year ago. If the Clippers did opt to trade George for a group of non-stars, however, that would probably be the more realistic route."

The Clippers front office have a lot of decision to make this offseason. Reigning Sixth Man of the Year Montrezl Harrell will become a free agent and is expected to get a lot of attention on the market. Roles players Marcus Morris, JaMychal Green, Patrick Paterson, and Reggie Jackson are also set to become free agents this offseason.

Los Angeles might have a little room for error next season with most fans viewing it as a championship or bust situation for the Clippers. If they falter, the Clippers could lose both George and Leonard in free agency in 2021. And if they lose both superstars, the Clippers will have a hard time recovering after giving up a lot of first-round picks to acquire George.

However, coach Lue recently expressed confidence that there will be improvements next season, which he thinks will convince both superstars to stay with the franchise. The one-time champion coach recognized the pressure on their shoulder, but he is optimistic that things will fall into its place for them in the next several seasons.

"Anytime you have a chance to win a championship, it's pressure," Lue said via ESPN. "And, I think Kawhi, PG are here to stay for a long time. We just gotta make it a great environment and we have to win."

Lue is no stranger to handling alpha males in a team, having coached LeBron James, Kyrie Irving, and Kevin Love during his stint with the Cavaliers. The veteran coach also played with Kobe Bryant and Shaquille O'Neal with the Lakers before. He said that he is willing to listen to both George and Leonard, but he reiterated that he will hold them accountable on both ends of the floor.

"They are going to have to adjust to my system and my program," Lue said, referring to Leonard and George. "But also, I also have to be able to adjust to their comfort zone and what makes them better. Also setting the tone defensively of being the two best two-way players in the league. I think it starts on the defensive end with those two guys with setting a tone defensively. I think health is the biggest thing moving forward."

Although it remains to be seen how the roster will look next season, new Clippers head coach Tyronn Lue appears ready to address the chemistry issues that hounded the team last season. Following their surprising loss to the Nuggets in the Western Conference Finals, former Clippers head coach Doc Rivers said that their lack of chemistry was a huge factor in their epic collapse in the postseason.

During his introductory press conference, Lue admitted that there were indeed chemistry issues in the team. However, he insisted that he insisted that it was not because the players did not like each other like some reports are insinuating. He pointed out that the chemistry issues came out because of the lack of continuity last season due to the injuries and personal tragedy that struck the team.

Superstars George and Leonard have not played together before with the former recovering from a shoulder injury and latter having load management to preserve him for the postseason. Main reserves Lou Williams and Montrezl Harrell also had to leave the NBA bubble after the death of loved ones, while Patrick Beverley was out for several games due to an injury. To address the chemistry issues, the 43-year-old coach said that it has to start with leadership, not necessarily from the superstars of the team.

Lue is not new to the situation that he is currently facing. During his time with the Cavaliers, where he handled the Big Three of James, Irving, and Love, he held all superstars accountable even the four-time NBA Most Valuable Player. The then-rookie coach challenged James to be better, and has often criticized him due to undesirable body language that affected the team's performance.

Lue is facing a tough situation in Los Angeles, but it also helps that the team owner has showered him with tremendous support. Ballmer said that they felt that they had to make changes on the bench, and he felt that Lue was the best fit for the job, calling the champion coach the best in the league today.

"After a period to breathe, to decompress for all of us, we did ask the question: What do we need to do? What can we do to be better, to improve? One of the areas where we decided, just because of where we were, we brought in the best coach possible," Ballmer said. "I think the best coach in the NBA, frankly."

Lue is also assembling a star-studded coaching staff. Former NBA champion Chauncey Billups will reportedly be one of his assistant coaches along with former Cavaliers head coach Larry Drew. Former Brooklyn Nets head coach Kenny Atkinson is also a strong candidate to join Lue's staff if he fails to land a coaching gig this offseason.