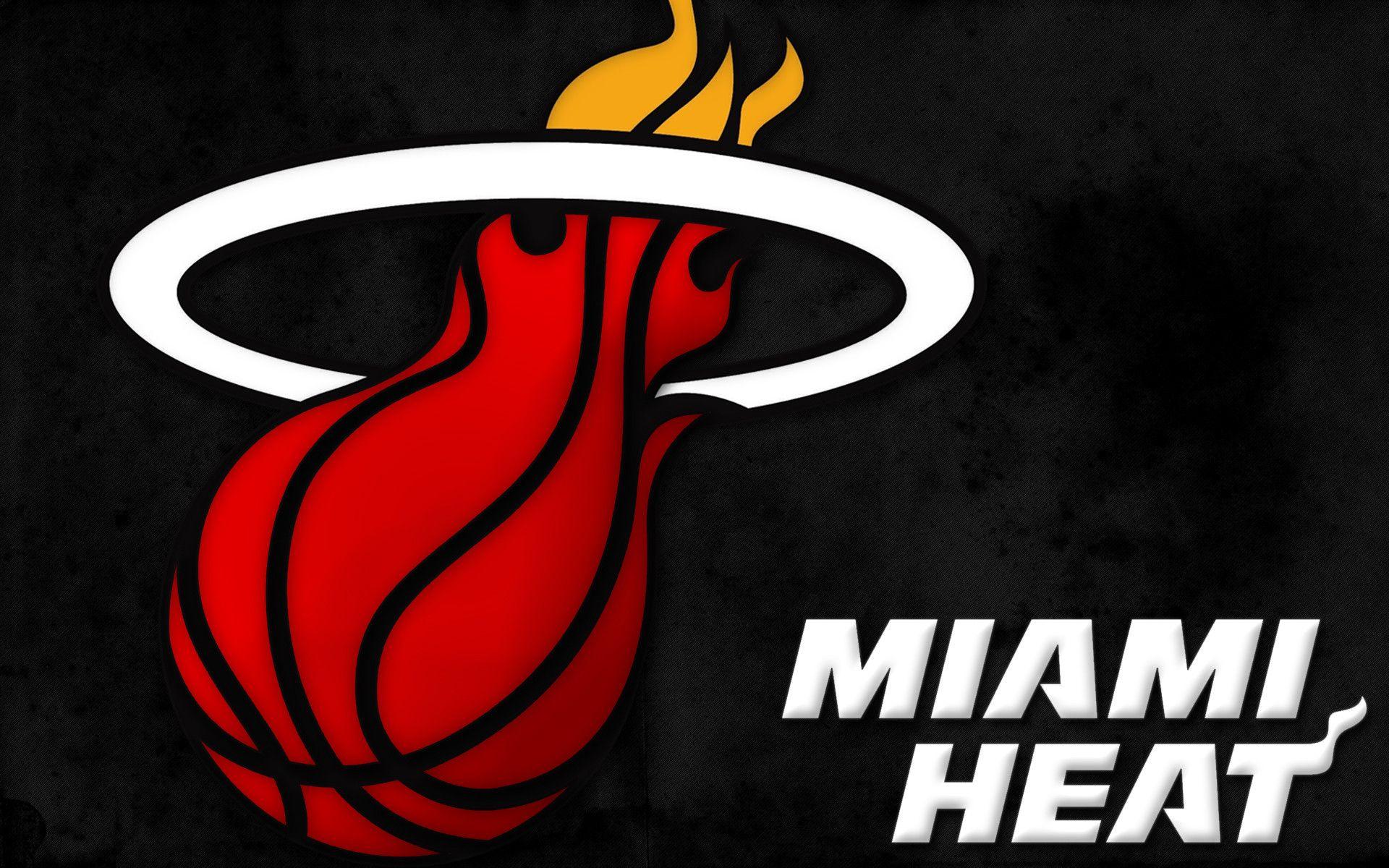 NBA Trade Buzz: Miami Heat Could Miss Out on Big Targets If They Take a Cautious Approach

The Miami Heat had an unexpected run to the NBA Finals last season, which changed the landscape for the franchise. The Heat were expected to make a big splash in 2021 free agency, but they are now facing the dilemma of making big moves this offseason to improve their title chances this season, or remain patient in the hopes of signing a top free agent next year.

The Heat are expected to be one of the teams to aggressively pursue Giannis Antetokounmpo next year if he decides to leave the Milwaukee Bucks. The Heat are also being mentioned as potential trade destination for several marquee players like Bradley Beal and Victor Oladipo. Striking a big trade this offseason or before the trade deadline next season might take them out the running for Antetokounmpo next year.

However, according to Zach Harper of The Athletic, there are risks involved in staying patient for a possible free-agency splash next season. He said that the Heat might lose out in the race to acquire more realistic targets this offseason to improve their chances of winning a championship next season. Miami went just two wins away from winning an improbable championship last season.

"The Heat can be patient now, but it may cost them acquiring some star help later," Harper said of the Heat. "And it could put Riley in the position again to get a little lucky in acquiring a star player. Miami has a package of young players it can move for a major star, although the Heat don’t have a lot of first-round picks to deal."

Harper pointed out that there were teams in the past several years who decided to stay put in the hopes of signing top free agents when they hit the market. He gave the Los Angeles Lakers as an example when they were being tagged as the likely destination for Paul George. Los Angeles decided not to trade for George because they were thinking that they can acquire him in free agency. But when George became a free agent, he eventually turned down a chance to join the Lakers and signed a four-year extension with the Oklahoma City Thunder instead.

However, the Heat are still reportedly leaning towards staying put for next season. Harper said that even Heat fans should be patient because even if they fail to strike a deal for another marquee player this offseason, Miami would still be a force to reckon with in the Eastern. And in the event they miss out on Antetokounmpo next year, they would still have other targets who could make the heavy favorites.

"The Heat staying patient is what Heat fans should hope for. Let's say Giannis decides he wants out," Harper said. "They can sign him in 2021 and still have the flexibility to move their young guys for a fourth star. If that’s Beal, amazing. You have Butler, Adebayo, Giannis and Beal. Nobody in the East is challenging that team and Riley becomes the front office god once again."

But if the Heat decides to be aggressive and pursue blockbuster deals this offseason, Harper said that teams should not expect them to entertain offers involving Bam Adebayo. The Heat held on to him during the negotiation for Jimmy Butler and it turned out to be a good decision. Adebayo developed to become one of the best big men in the league, as he posted 15.9 points and 10.2 rebounds per game last season.

"Adebayo is pretty much off the board," Harper said. "A league source tells The Athletic that the Heat would hang the phone up with F-bombs ringing through the disconnected call if someone demanded Adebayo in a deal."

Incoming second-year guard Tyler Herro is expected to be mentioned in possible negotiations for a blockbuster deal after having a strong rookie season. The 20-year-old rookie averaged 13.5 points on top of 4.1 rebounds and 2.2 assists per game during the regular season, and stepped it up a notch during the playoffs, where he posted 16.0 points to go along with 5.1 rebounds and 3.7 rebounds. Harper said that it would take top-tier trade for the Heat to consider including the former Kentucky standout in the deal.

"It’s just hard to see Herro being involved unless they’re acquiring Giannis or Beal in a potential trade," Harper said. "League sources believe a trade for Oladipo wouldn’t  even consider including Herro on Miami’s end of it."

But for Duncan Robinson, it might be a different story. The 26-year-old also had a strong season for the Heat and his value is on an all-time high. After averaging just 3.3 points during his first season with the Heat, the former Michigan standout posted 13.5 points and 3.2 rebounds last season. Robinson also has a team-friendly deal and is now one of the best shooters in the league, which makes him an attractive trade target.

"Duncan Robinson was the poor man’s Klay Thompson, in terms of what their shooting profiles and opportunities look like beyond the arc," Harper said. "Obviously, Robinson can’t come close to the defense of Thompson, nor his overall scoring ability. But he’s one of those “don’t leave that guy ever” shooters and he doesn’t need much rhythm or space to get the shot off from deep. Robinson is a top commodity in the NBA trade world because he has an elite skill (shooting the ball) and a very low NBA salary ($1.6 million in 2020-21, restricted free agent in 2021 offseason)."

Miami Heat Would Be Attractive to Free Agents

If the Heat stay put this offseason, Tim Legler of ESPN believes that getting a marquee free agent is almost certain because of the culture the team has built in the past several years. Their reputation as a first-class organization was magnified again this season due to their unexpected run to the NBA Finals. Legler also thinks that the system of Erik Spoelstra would be a factor in free-agency recruitment.

"You can win a championship there, as they have done in the past," Legler said via Miami Herald. "What you saw out of this group — and what Erik Spoelstra got this team to do — and the way that they played, if you don’t love the way the Miami Heat play, then you just don’t understand the game of basketball. Because when I watch them play, I see a group of guys that absolutely know they can count on each other to   be there for them as teammates."

It is a known fact that Antetokounmpo will be their primary target, but Barry Jackson of Miami Herald is not too high about it because other teams like the Dallas Mavericks and the Toronto Raptors would also be an attractive option for the two-time NBA Most Valuable Player. Jackson said that the Heat has a better chance of acquiring Oladipo because he is interested in moving to Miami, but it would all depend on how Oladipo will play next season.

"A source said Oladipo likes Indiana and would be happy staying there with a big new contract, but that if he were to leave, Miami would be No. 1 on his list," Jackson revealed. "But Heat interest will depend entirely on how he plays next season and Miami’s success in trying to lure a bigger fish. Indiana could trade him over the next year - rather than lose him for nothing - but it’s doubtful Miami would sacrifice major assets for Oladipo in a trade."

There are a lot of questions surrounding Oladipo's ability to return to his All-Star form. Oladipo was an All-Star in 2018 and 2019 but was a shadow of his old self last season after his long recovery from a torn quad tendon. The 28-year-old guard averaged just 14.5 points and 3.9 rebounds in 19 games this season, and was hardly a factor during the playoffs, where they suffered a first-round sweep at the hands of the Heat.

Jackson said that instead of taking a gamble on Oladipo, Miami should consider monitoring the situation of Jrue Holiday in New Orleans. Holiday could become a free agent in 2021 if the decides to opt out of the final year of his deal. Jackson thinks that Holiday would be an upgrade for Miami on both ends of the floor, and is a safer option than Oladipo because of the latter's injury history.

"He can opt out of $26.3 million in 2021-22 and become a free agent next summer, and he would dramatically improve Miami’s perimeter defense and give the Heat more scoring punch," Jackson said of Oladipo. "At 29, he’s only a year older than Oladipo and possibly the safer option because of the uneven nature of Olapido’s career. He likely would rank anywhere from three to five on any Heat 2021 unrestricted free agent target list."

Holiday averaged 19.1 points on top of 6.7 assists and 4.8 rebounds per game last season. It remains to be seen if the Pelicans will keep him or trade him for assets this offseason. New Orleans is entering a new era after hiring new head coach Stan Van Gundy, whose primary task is to develop their young core composed of Zion Williamson, Brandon Ingram, Lonzo Ball, Josh Hart, Jaxson Hayes, and Nickeil Alexander-Walker.